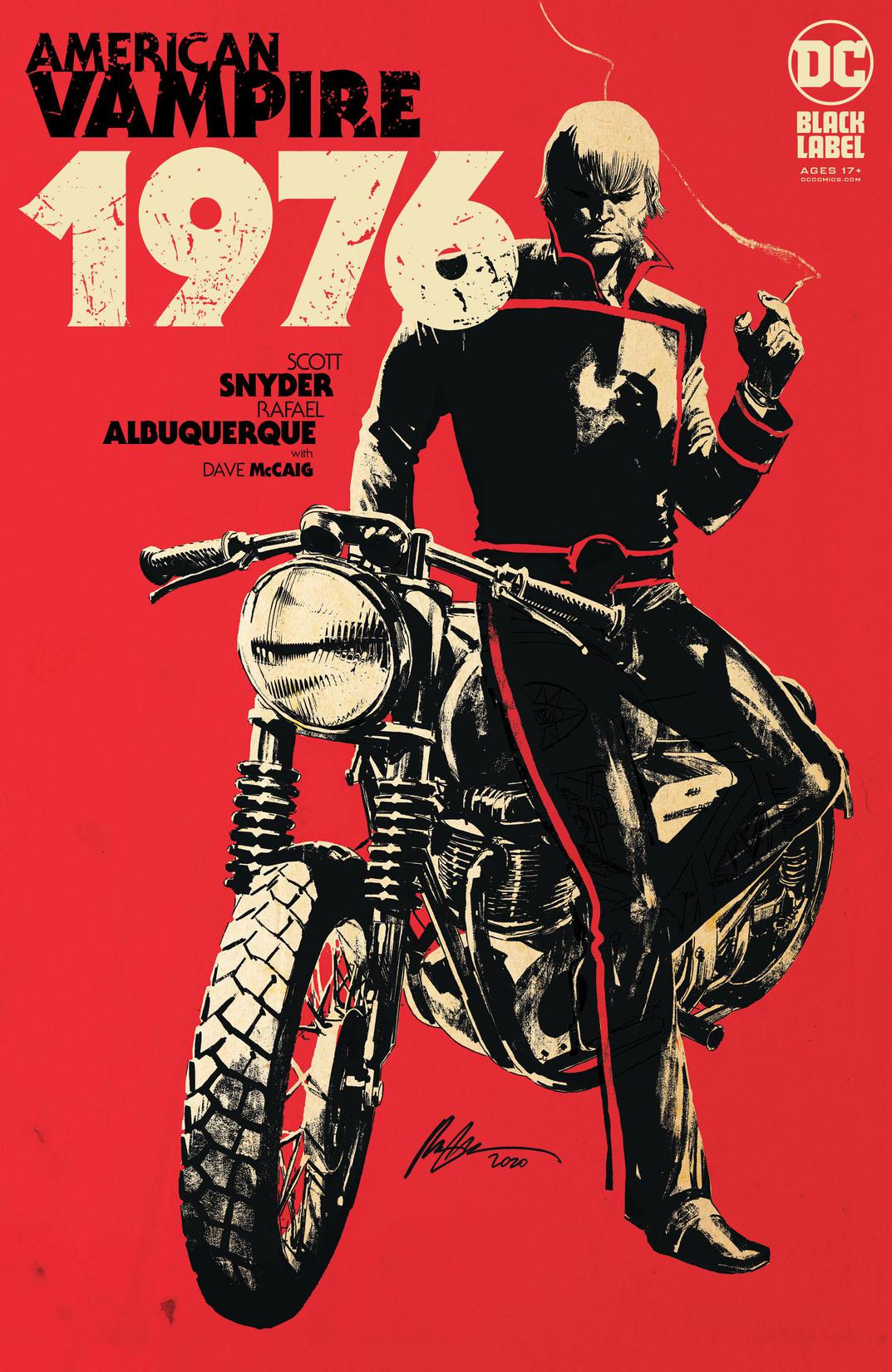 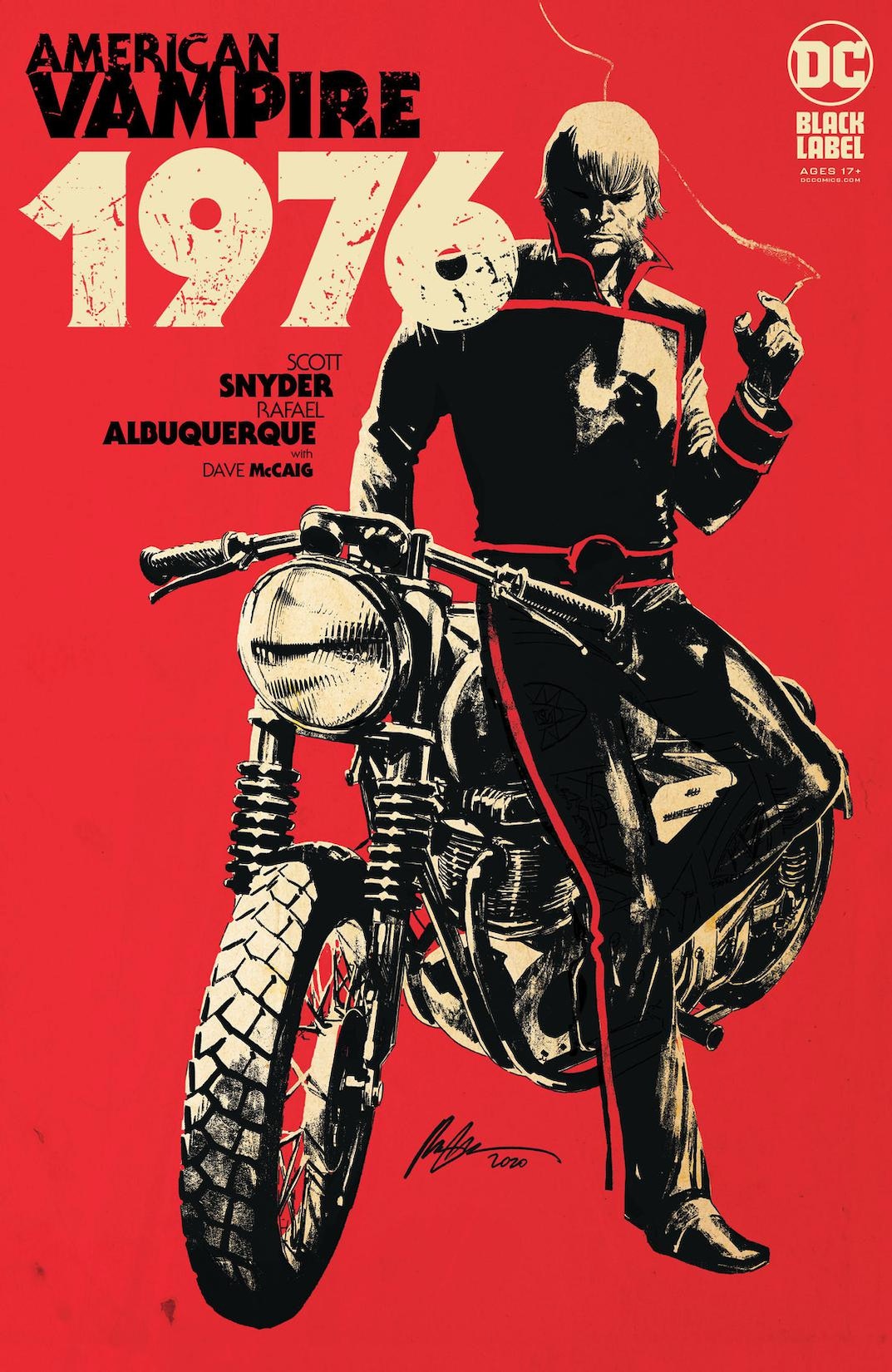 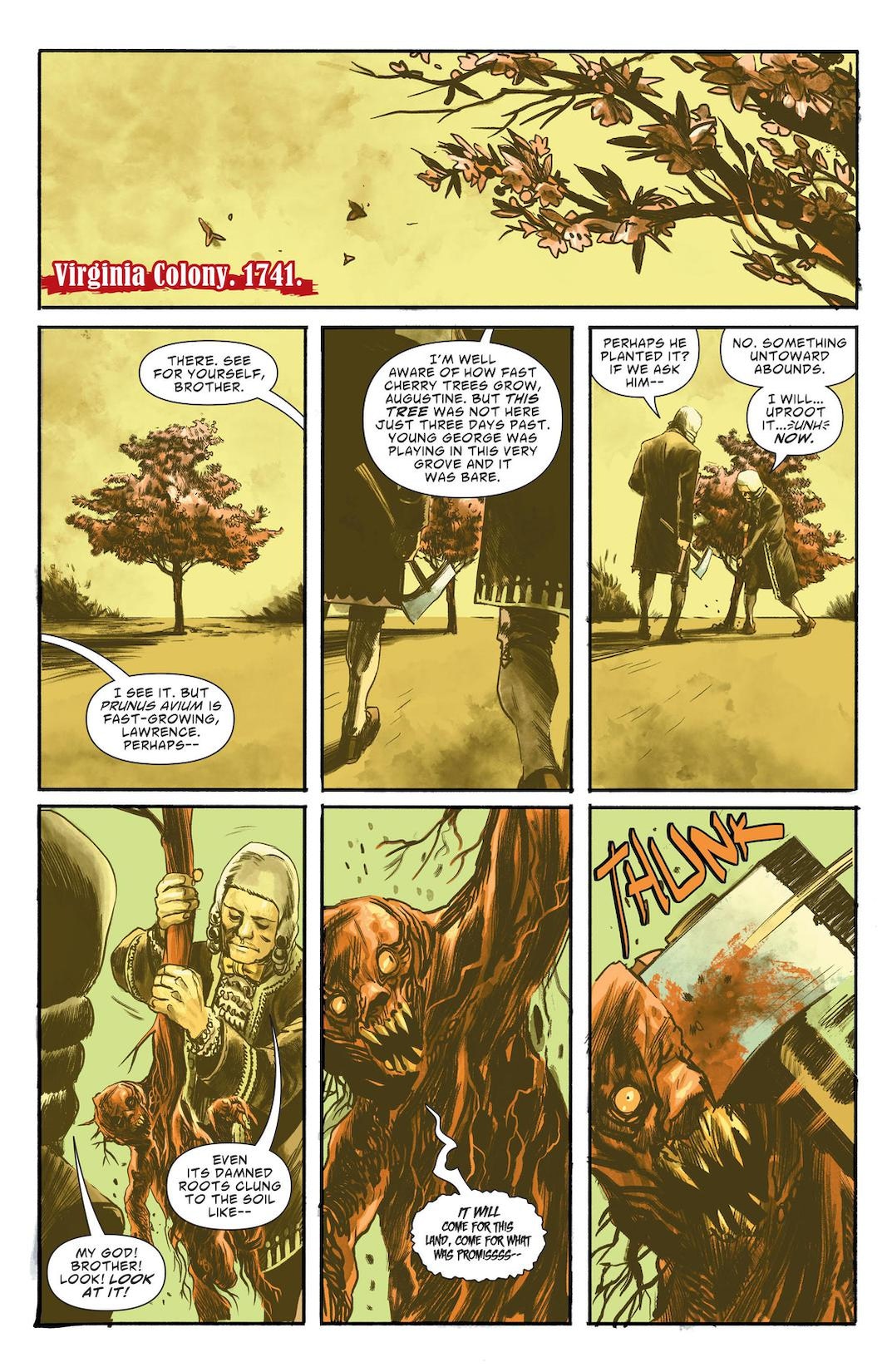 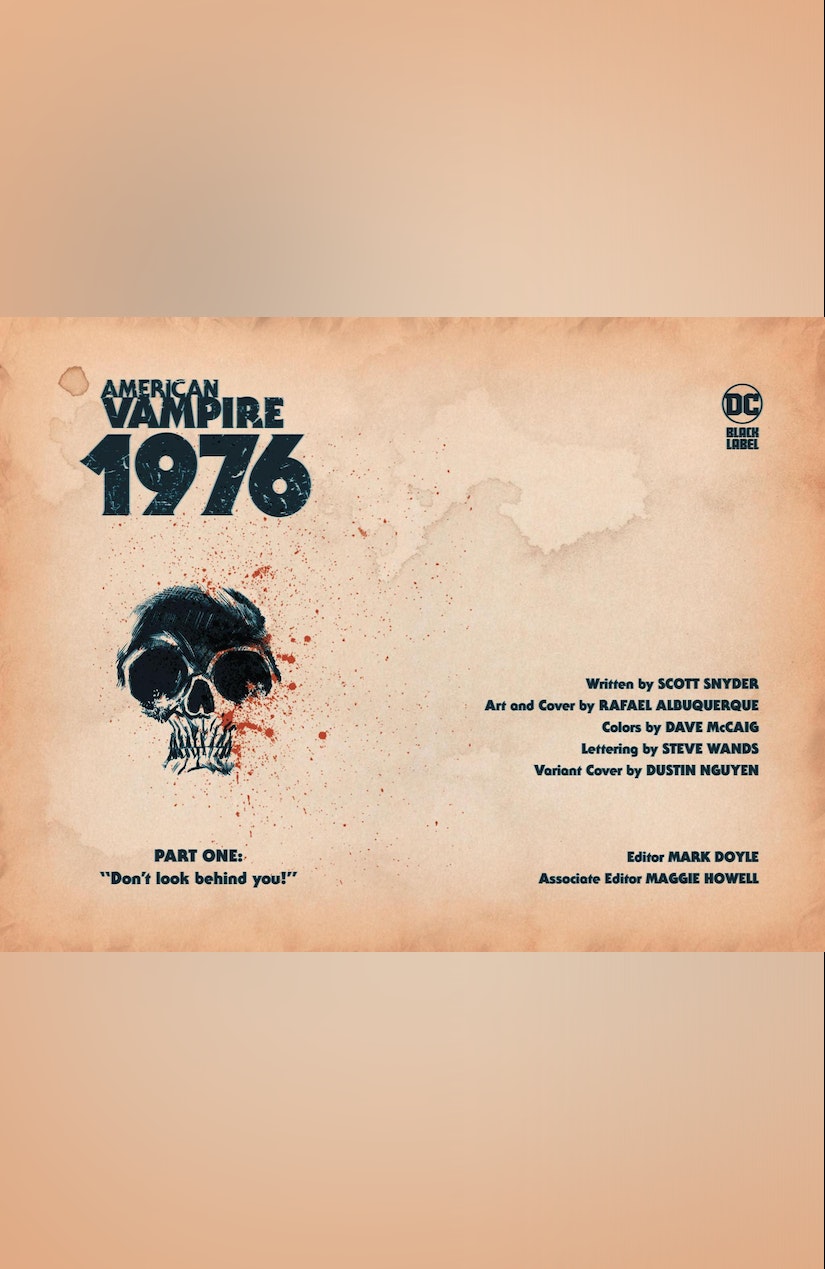 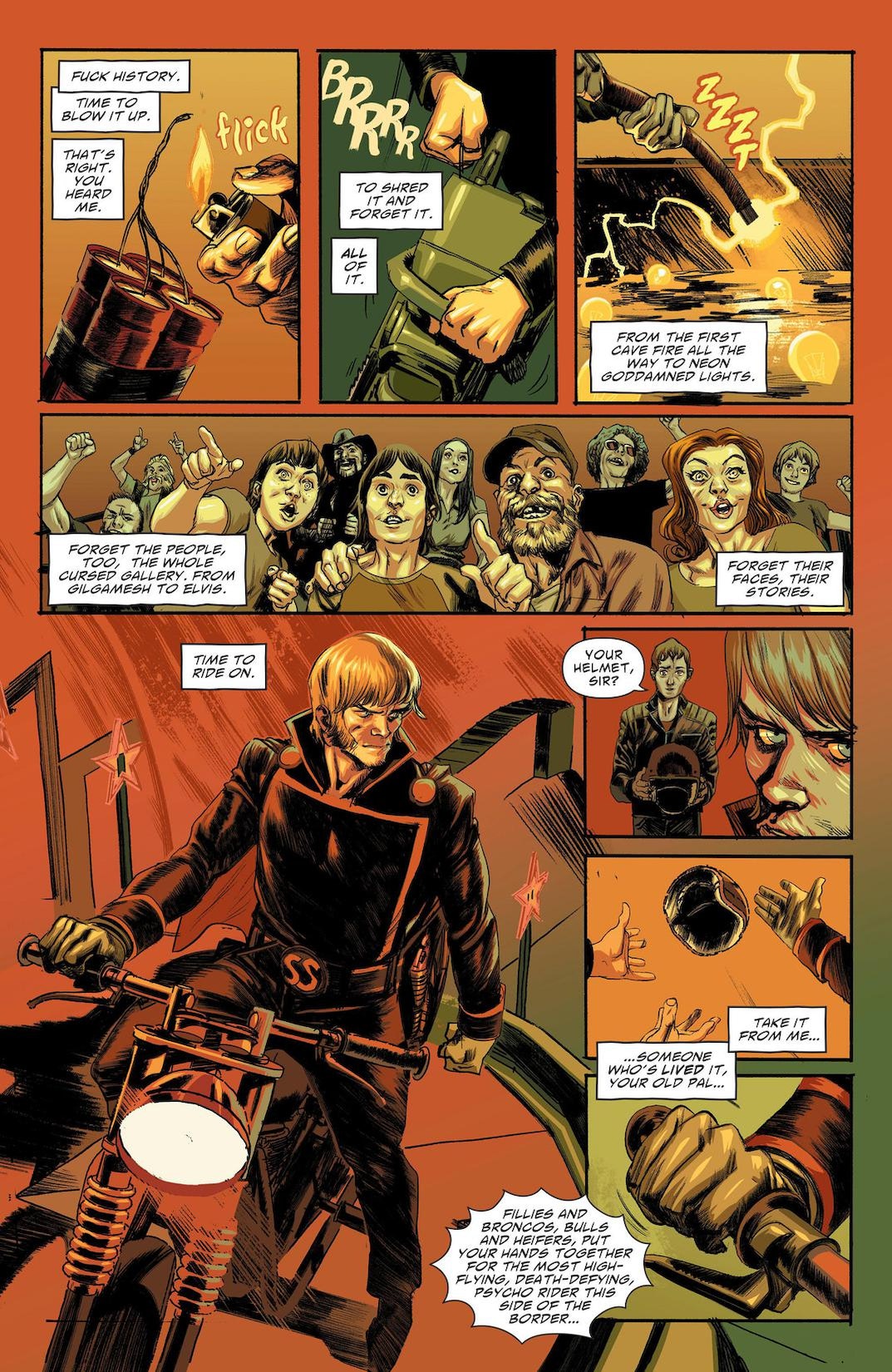 America is broken. Trust between the government and the American public has crumbled. Paranoia reigns supreme. It’s 1976, and this is the concluding chapter of the Eisner Award-winning American Vampire! Skinner Sweet has exhausted all efforts to regain his lost immortality. With his powers and purpose gone, he is now determined to go out with a bang. At a seedy motorcycle rally in the desert where he’s closer than ever to his death wish, Pearl Jones and a shocking partner tracks him down for one last, desperate mission: The force known as the Gray Trader and its minions are tunneling through the bowels of the world to unleash hell on Earth-just in time for America’s bicentennial. With catastrophe looming, it’s up to Skinner and Pearl to reconcile and change the course of history-or die trying. The series that launched the careers of superstars Scott Snyder and Rafael Albuquerque returns for nine final issues and the closing chapter of the legacy of American Vampire.