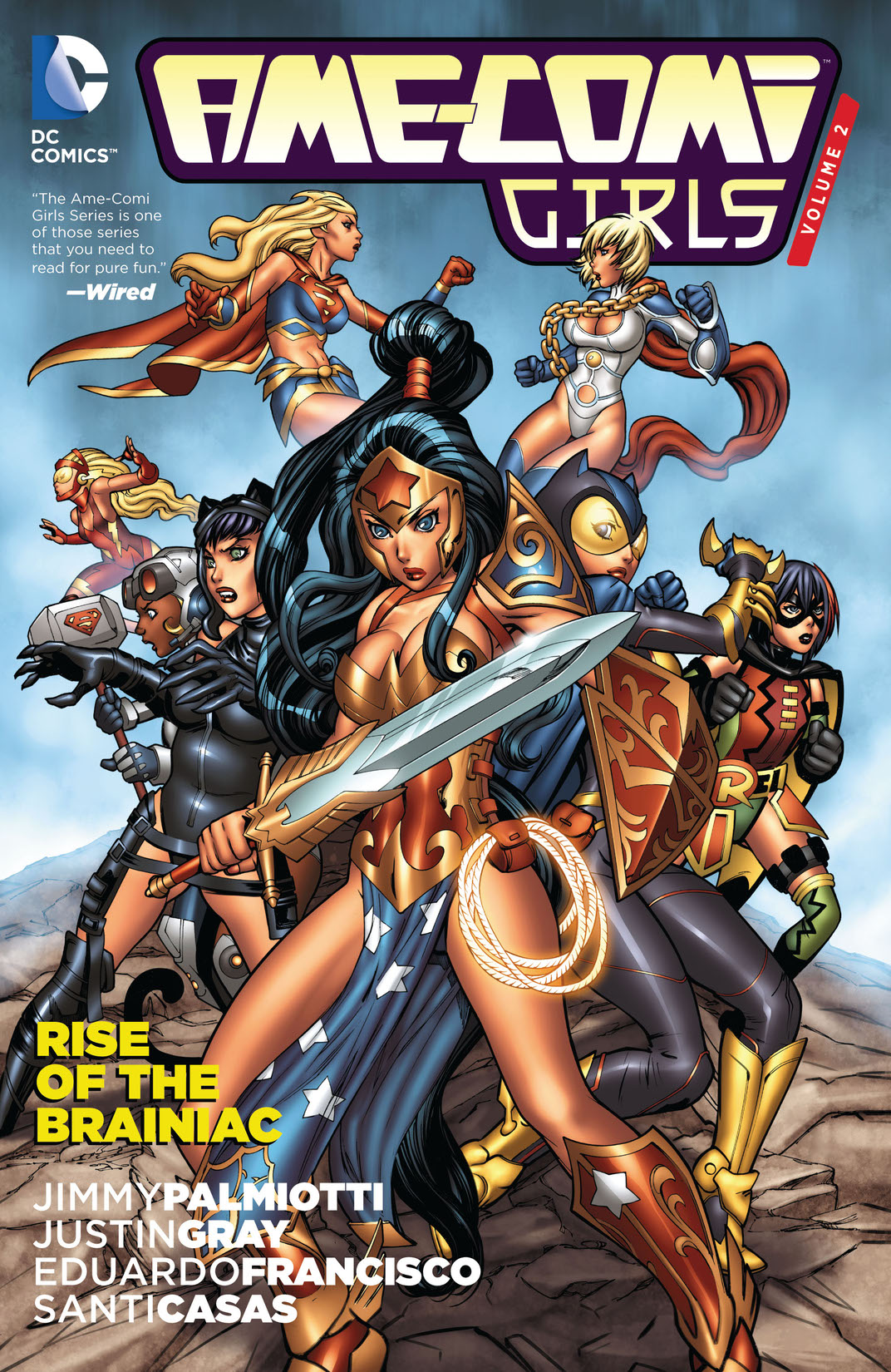 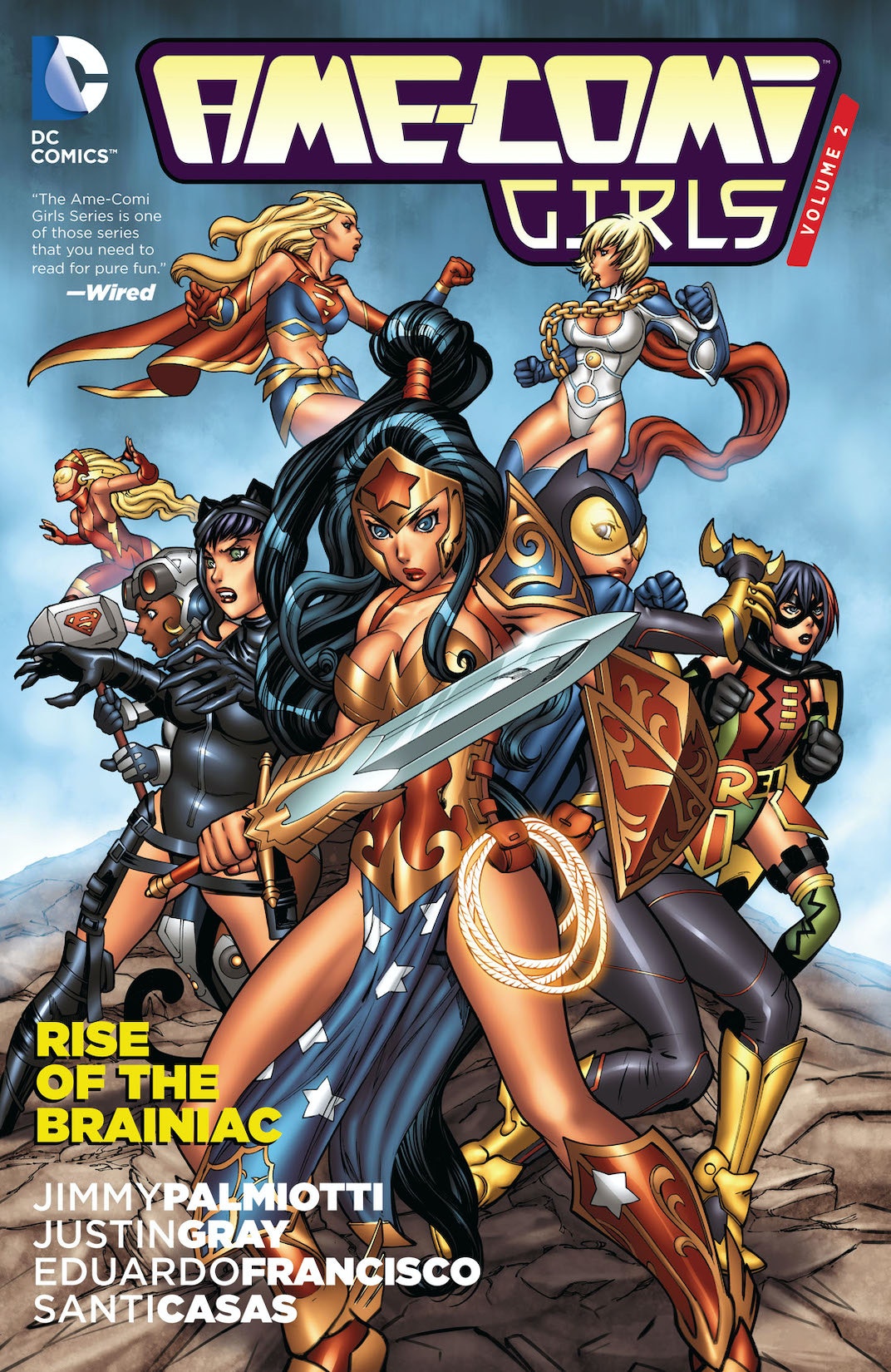 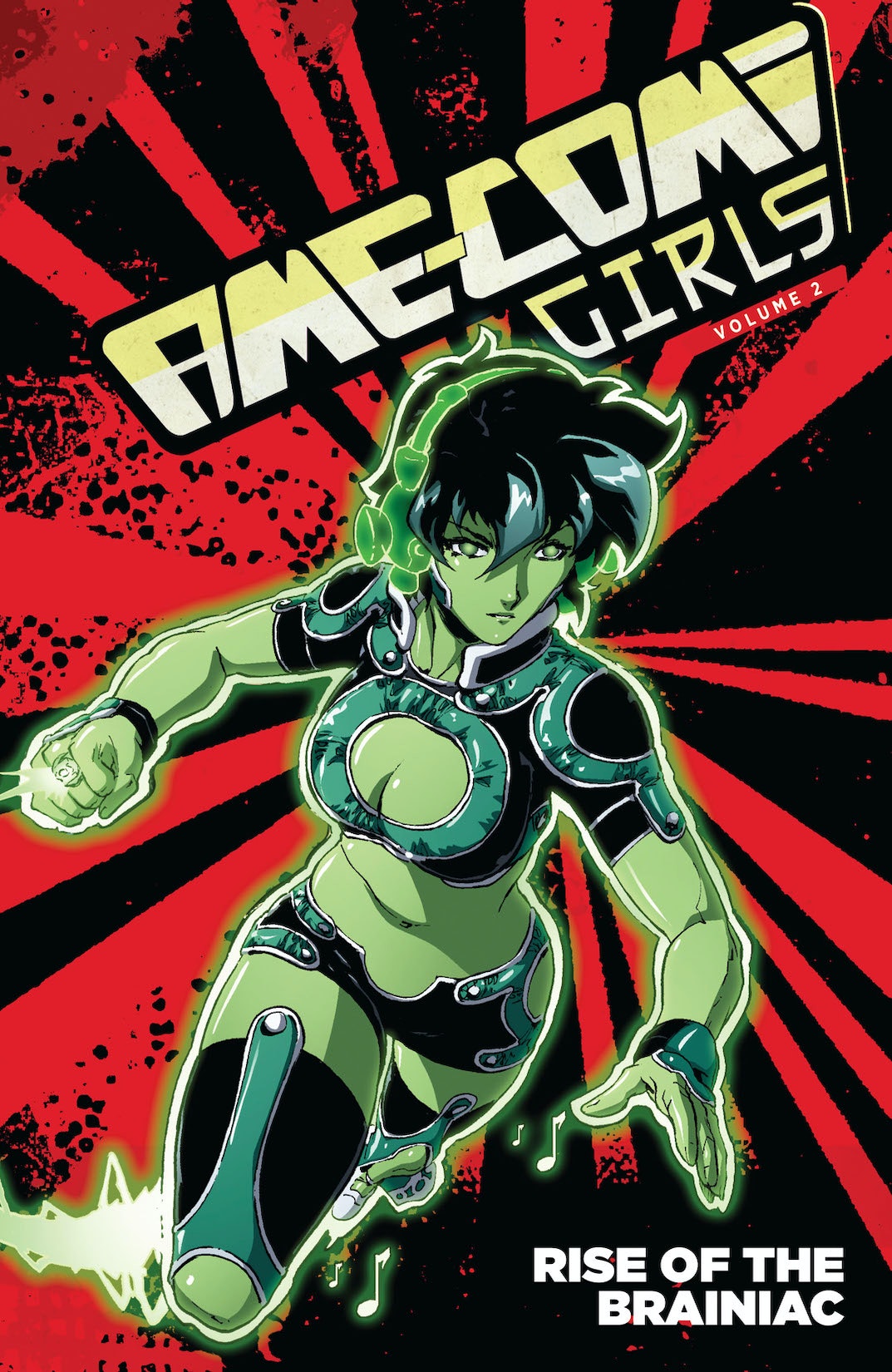 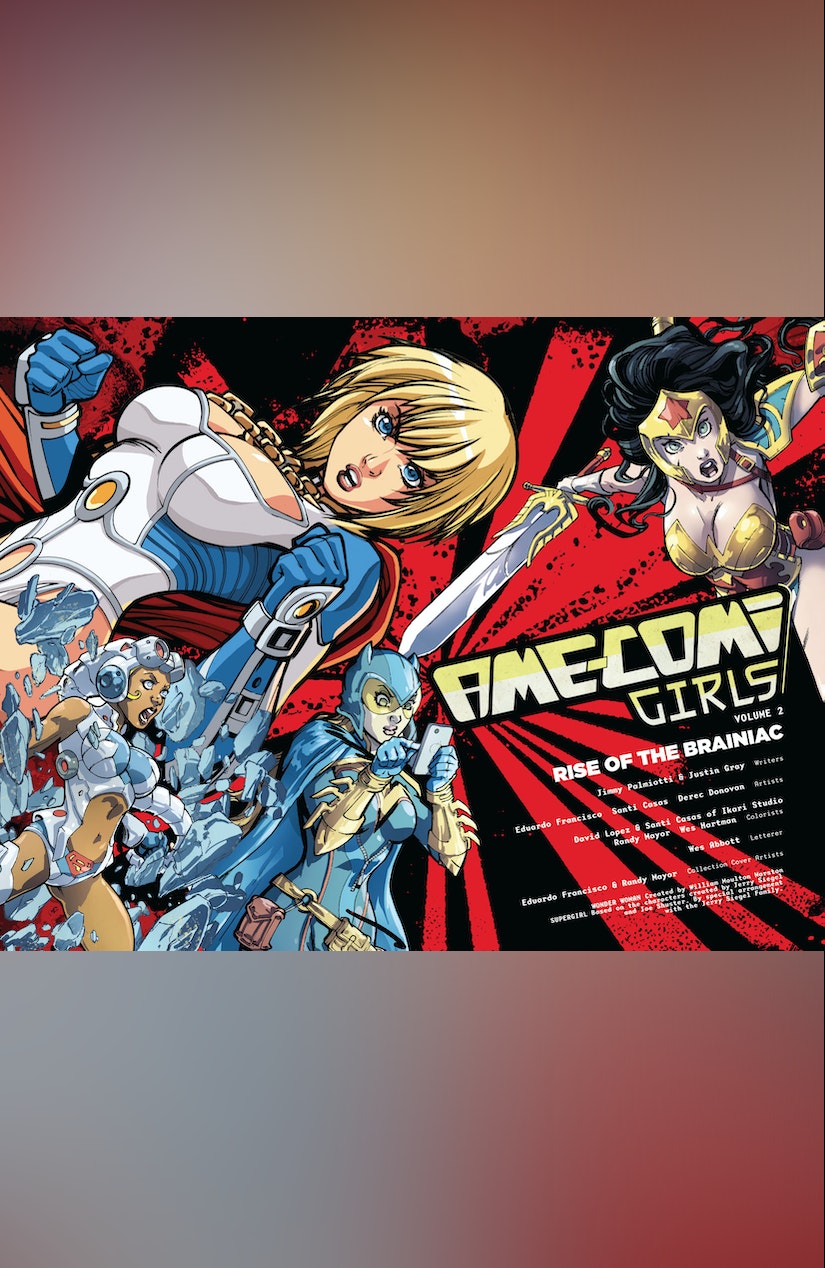 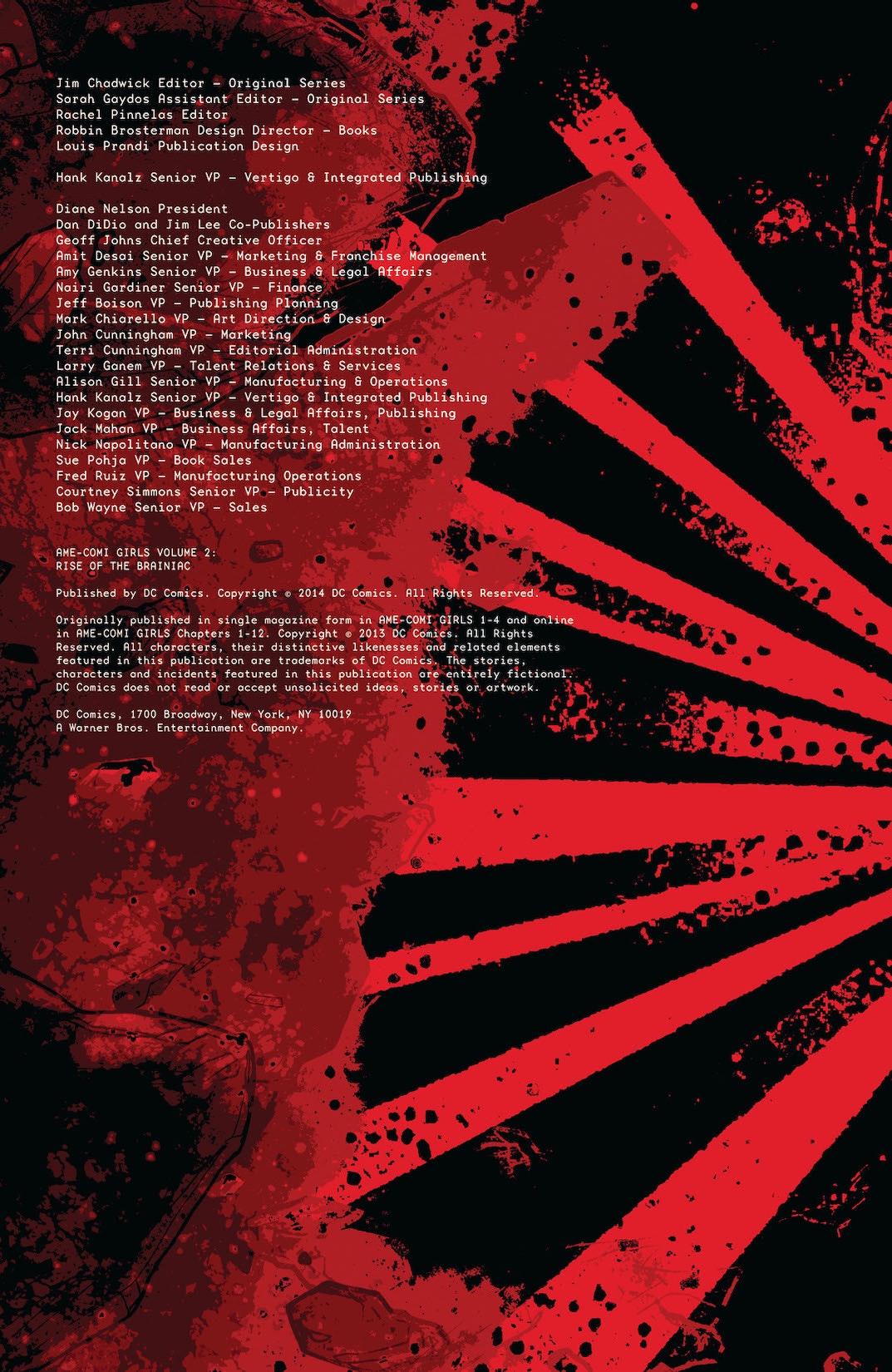 In a world where only women possess superpowers, it’s up to the heroines of the DC Universe to keep Earth safe. When the alien android Brainiac launches her plans to feed on the knowledge of all humanity, Batgirl, Wonder Woman, Power Girl and their allies have no choice but to team with the villainous Duela Dent and her band of evildoers. But with Brainiac in control of the all-powerful Supergirl, is even their combined might enough to thwart the invasion? Then, witness the rise of the newest Ame-Comi girl: the Green Lantern! Jade Yifei’s induction into the Lanterns’ multiversal peacekeeping force couldn’t come at a better time, as not one but two new lights come into existence. One is astronaut Carol Ferris, given the violet power of the Star Sapphire by a dying alien. While she seeks to steal back her ex-boyfriend James Olsen from Power Girl, however, the other ring bearer has plans for something far more... sinister. Writing partners JIMMY PALMIOTTI and JUSTIN GRAY (ALL STAR WESTERN, BATWING) are joined by the artistic talents of EDUARDO FRANCISCO (THE WORLD OF FLASHPOINT), SANTI CASAS (BATMAN: ARKHAM UNHINGED), and DEREC DONOVAN (THE ADVENTURES OF SUPERMAN) to deliver a tale based on the popular DC Collectibles line of anime-inspired figures in AME-COMI GIRLS: RISE OF THE BRAINIAC!