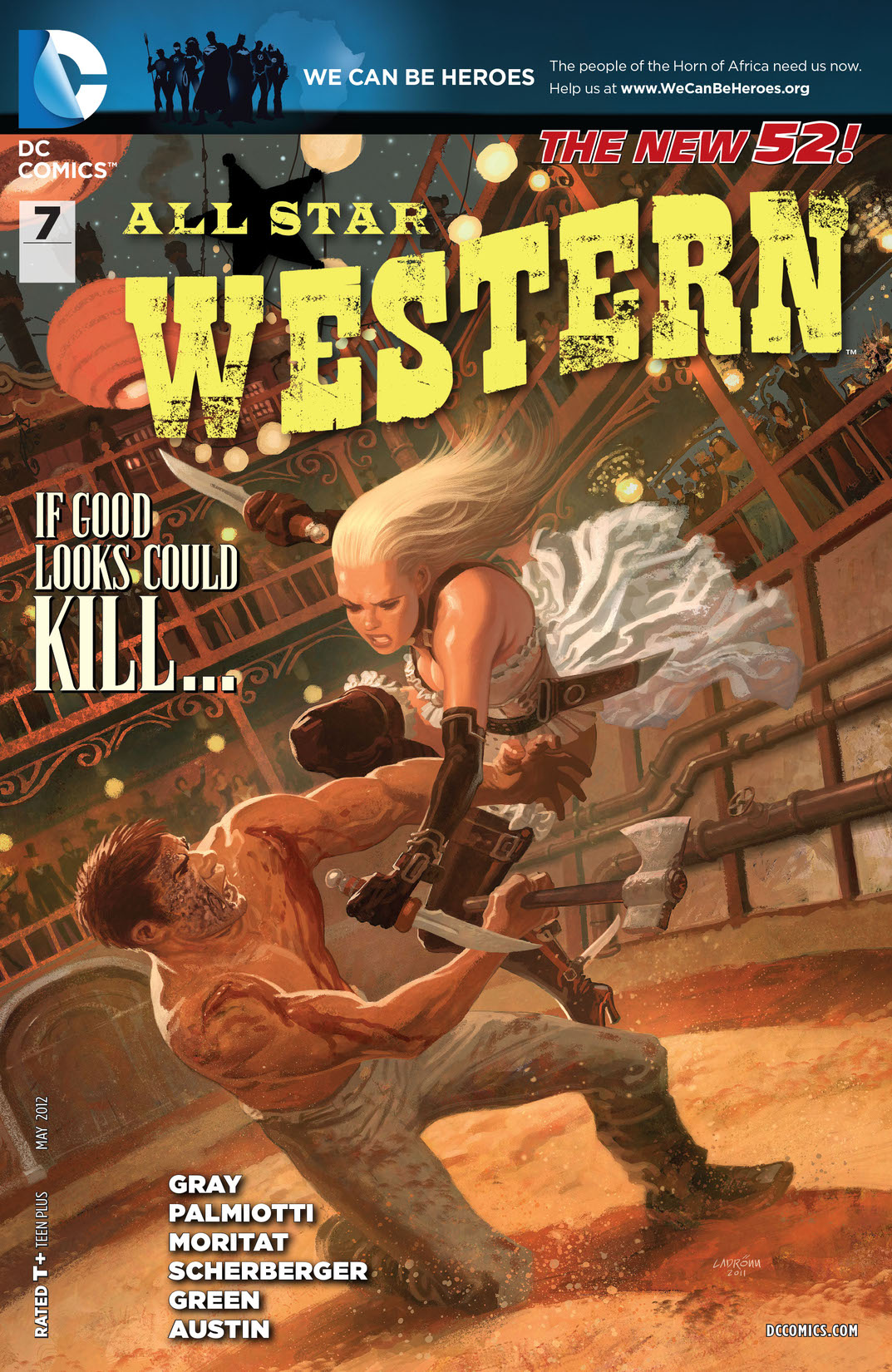 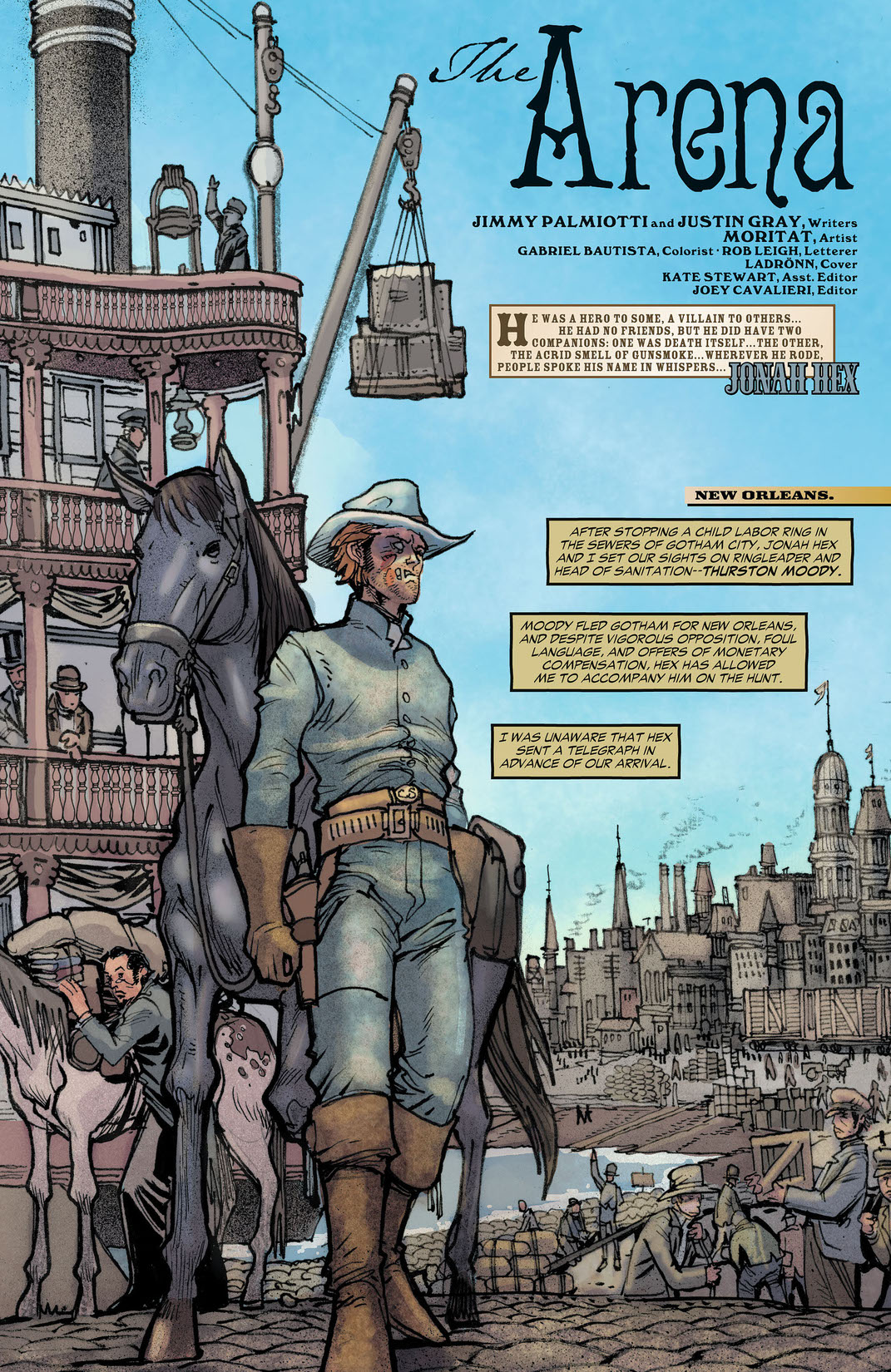 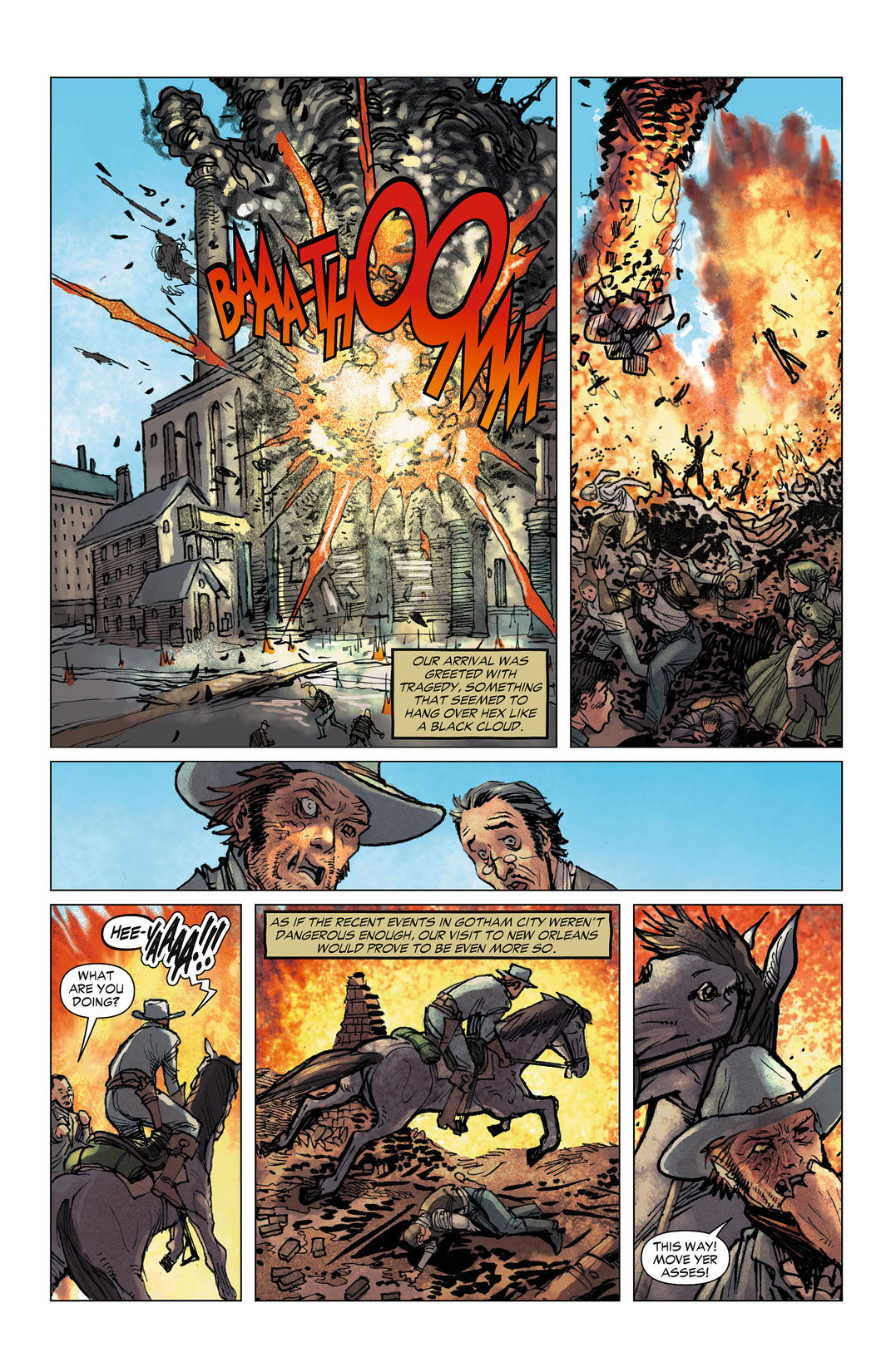 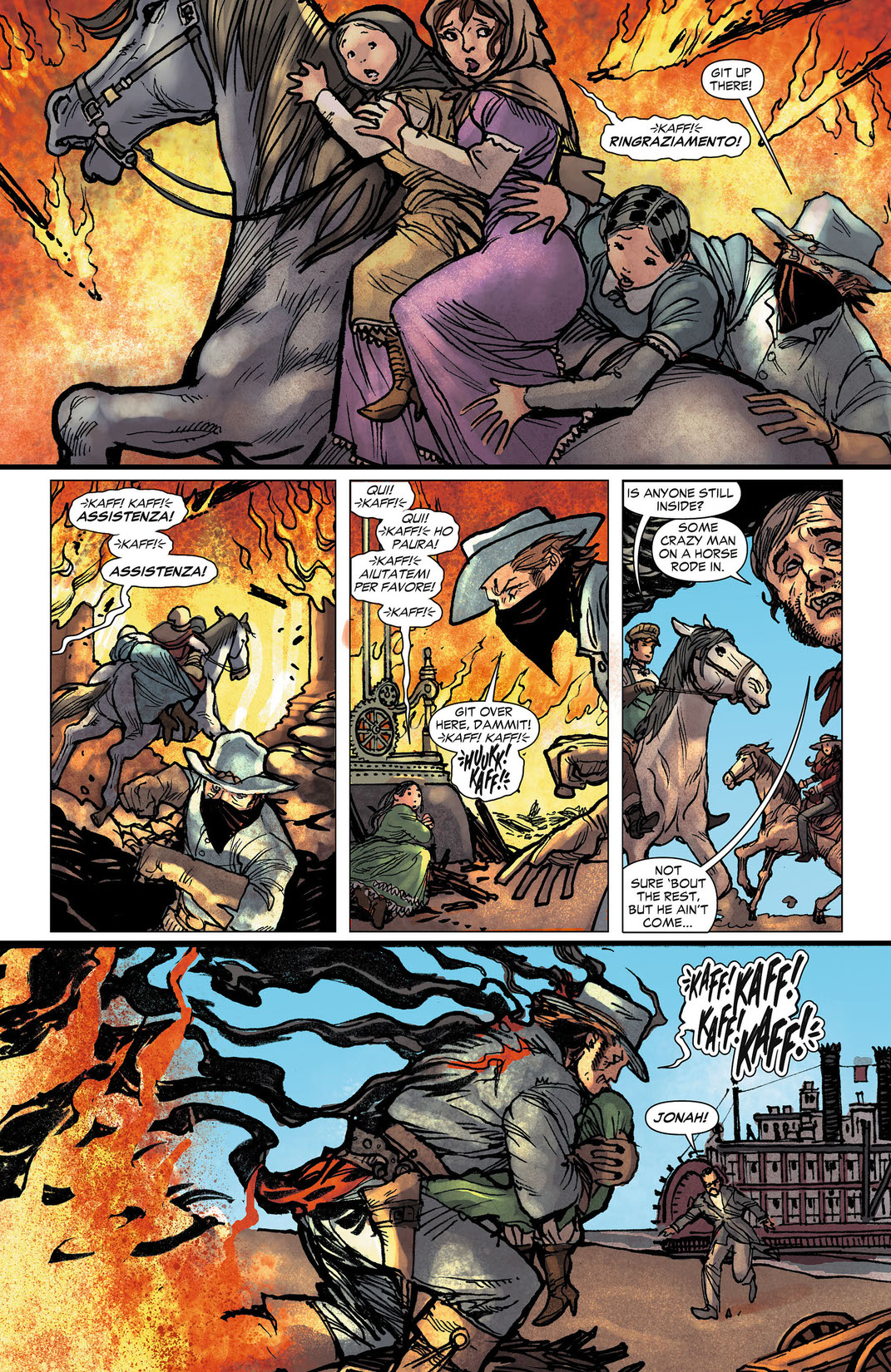 Jonah Hex tracks the kidnapper Thurston Moody to New Orleans in pursuit of his bounty. But he and Amadeus Arkham find New Orleans under attack by the August 7, a group of anti-immigrant, steampunk terrorists. Only the renowned Nighthawk and Cinnamon stand between the terrorists and the immigrant workforce of this city.