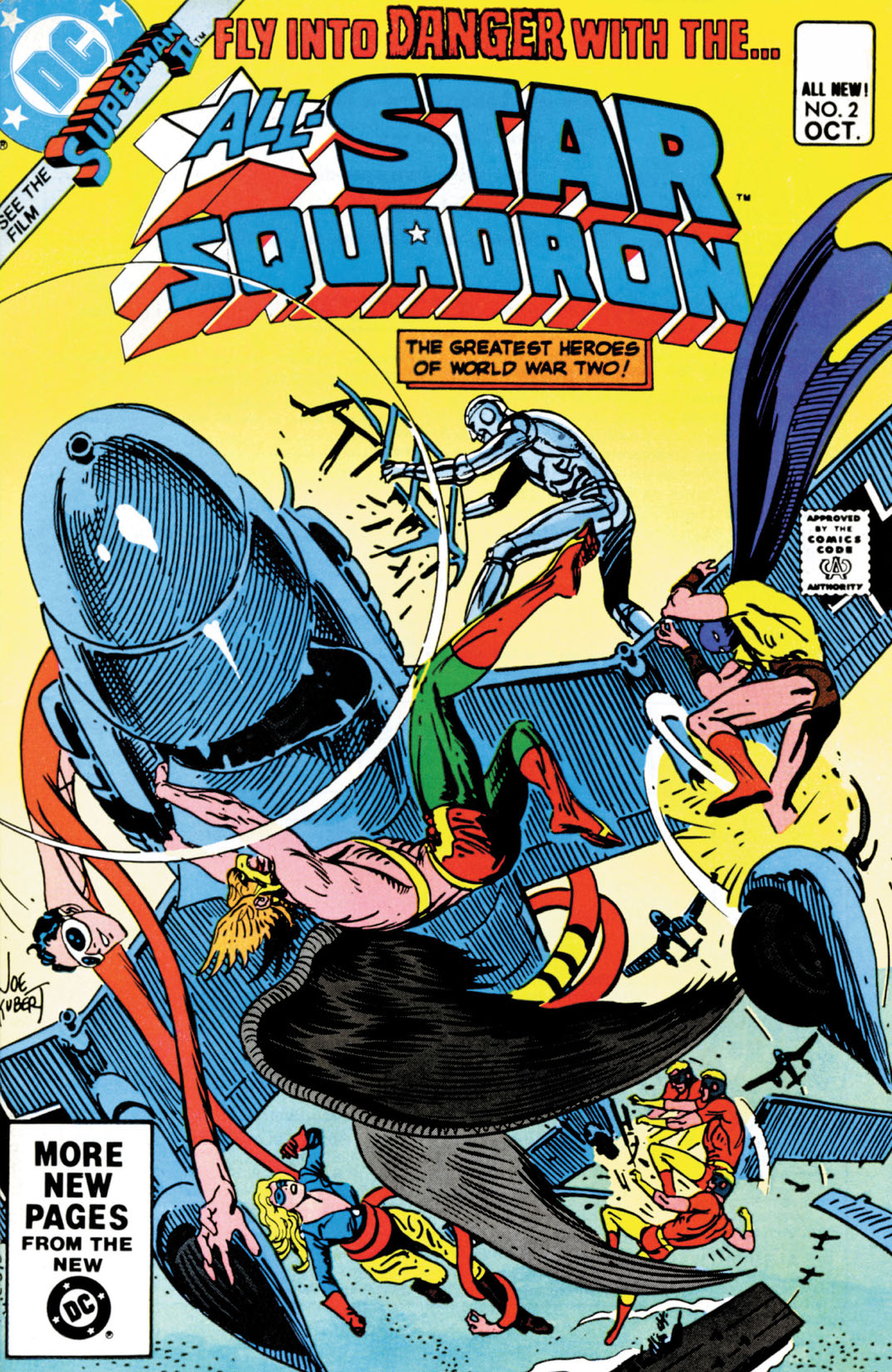 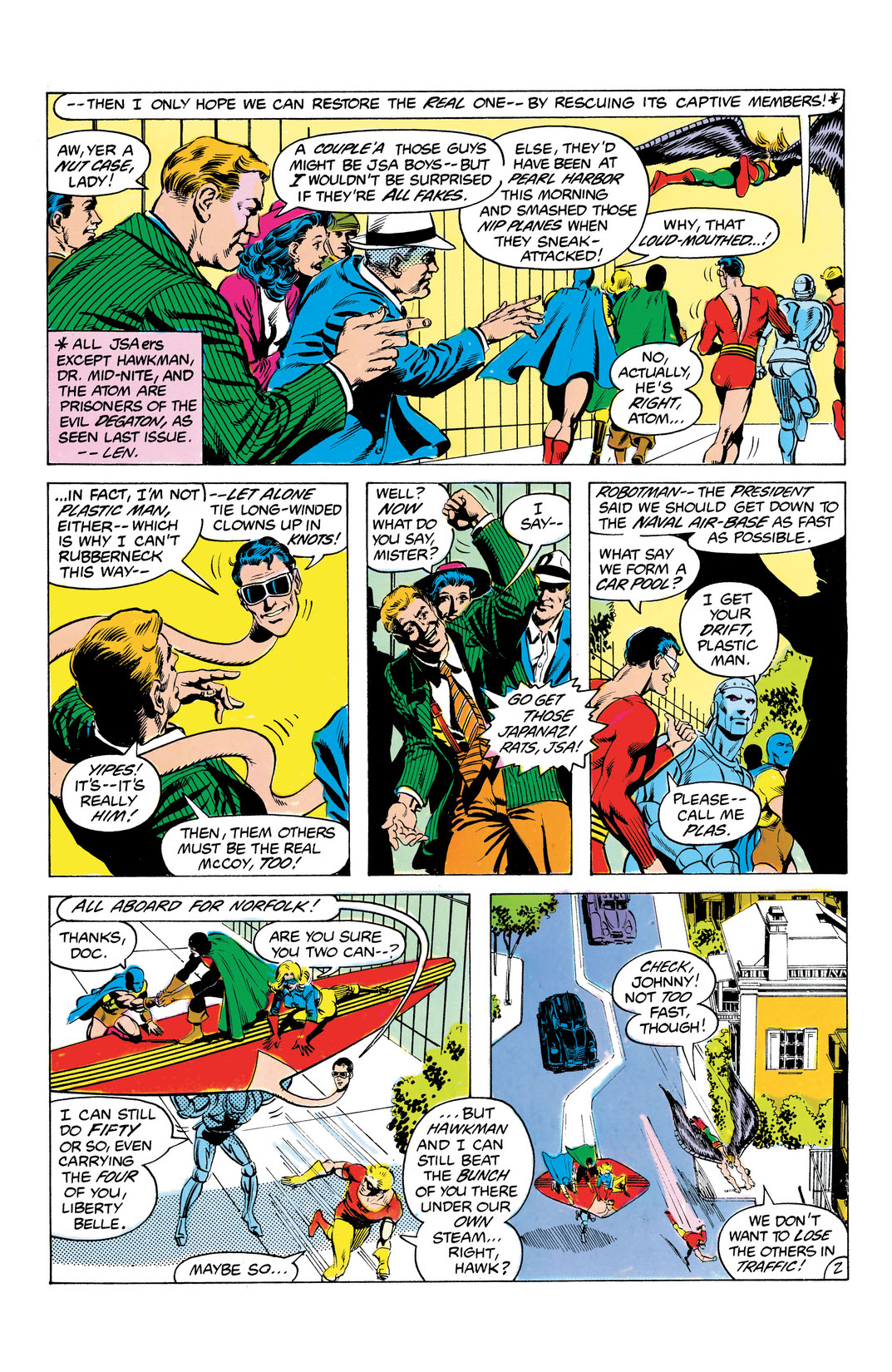 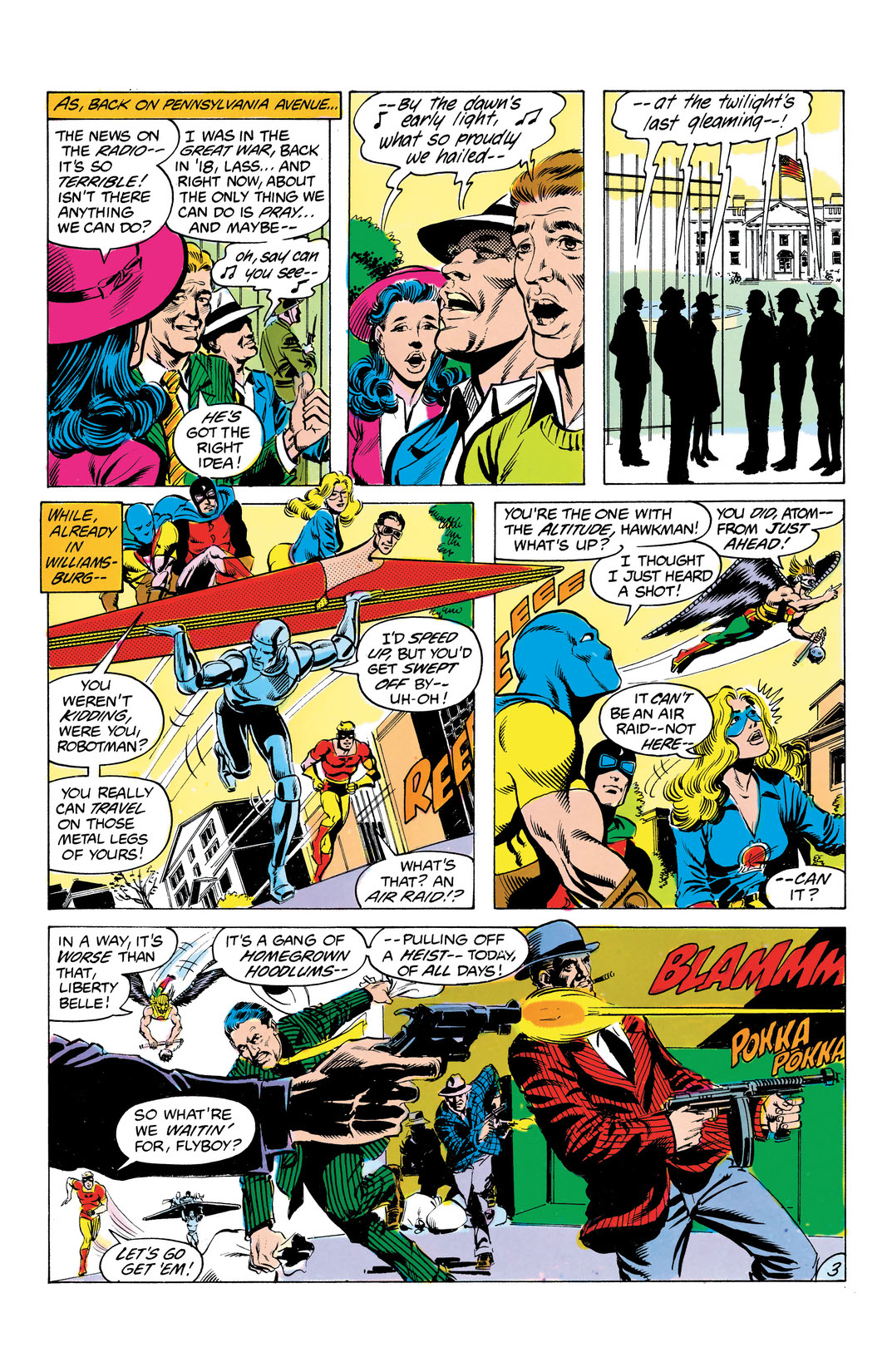 The newly assembled All-Star Squadron heads to Degaton's island to rescue the captured members of the Justice Society of America. But what is Degaton's ultimate goal, and how could it shatter time and history itself?