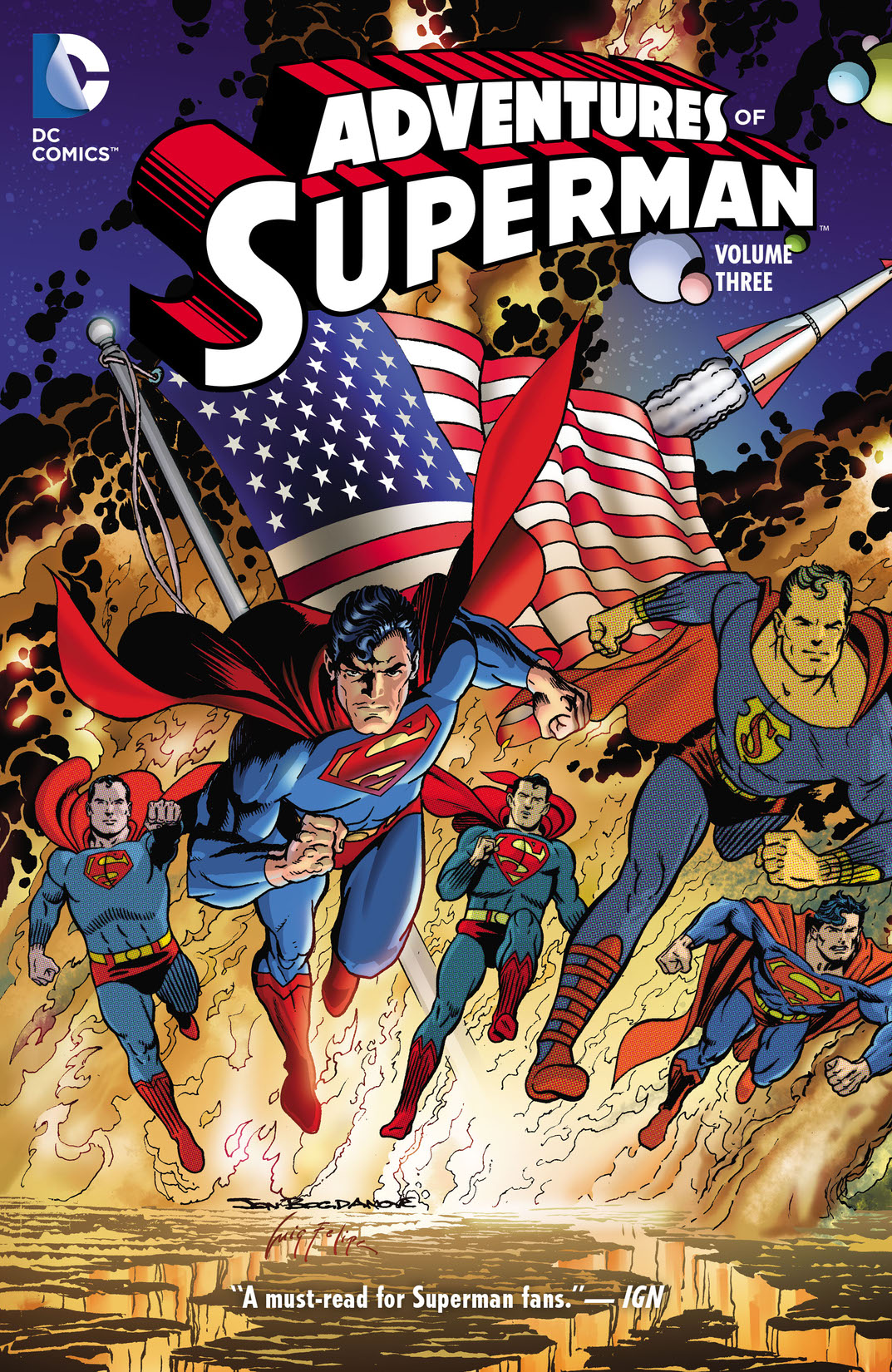 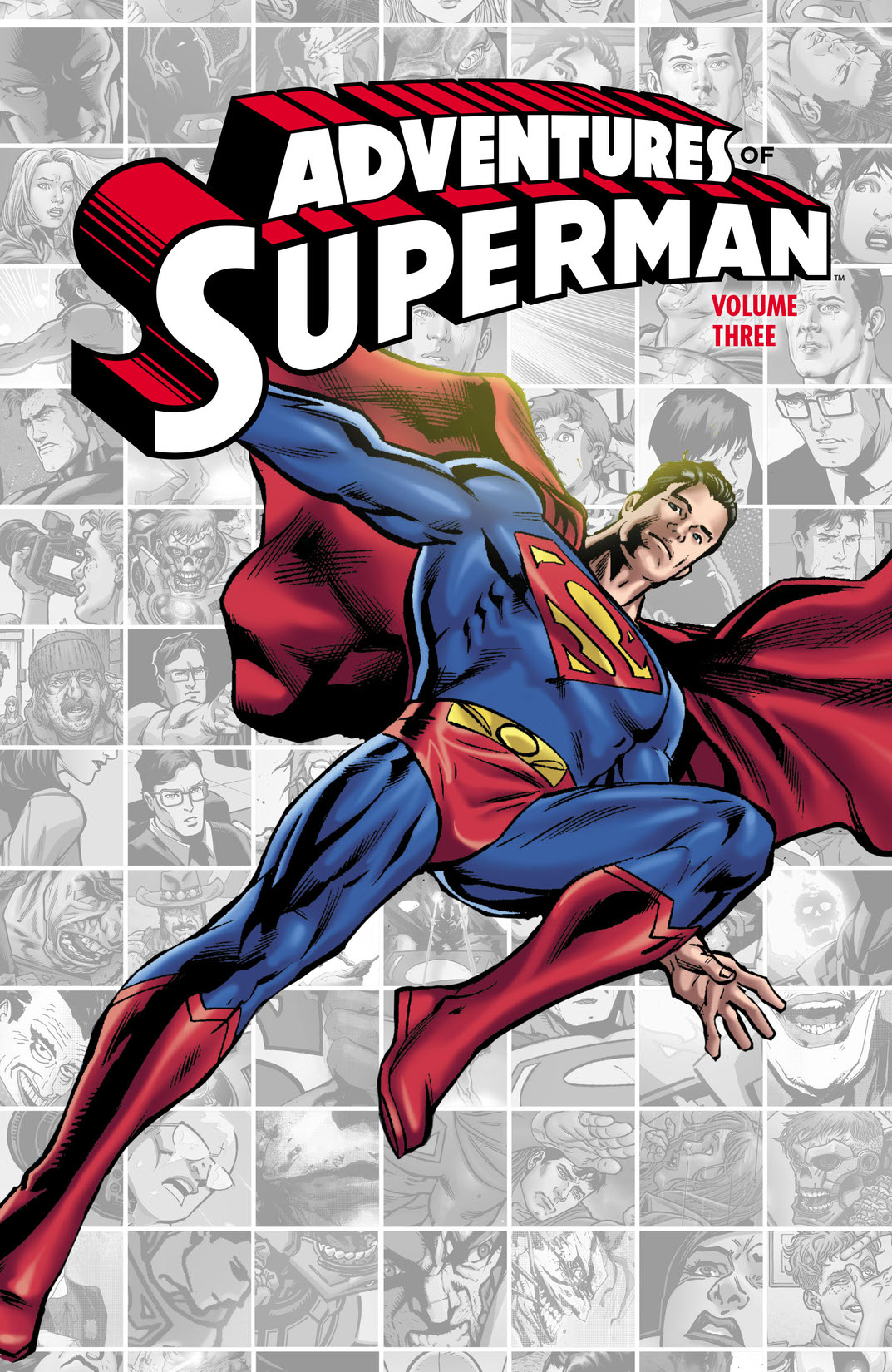 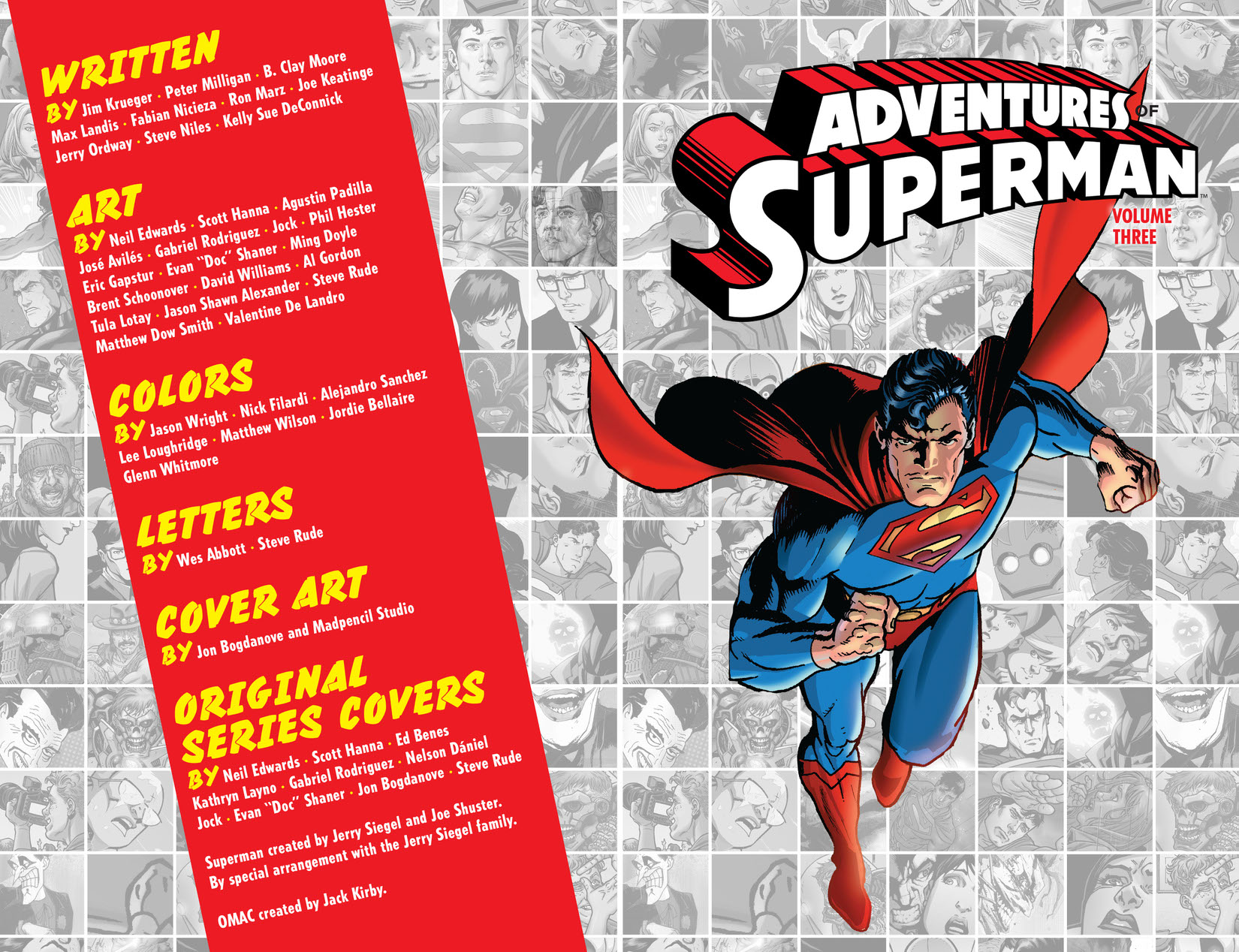 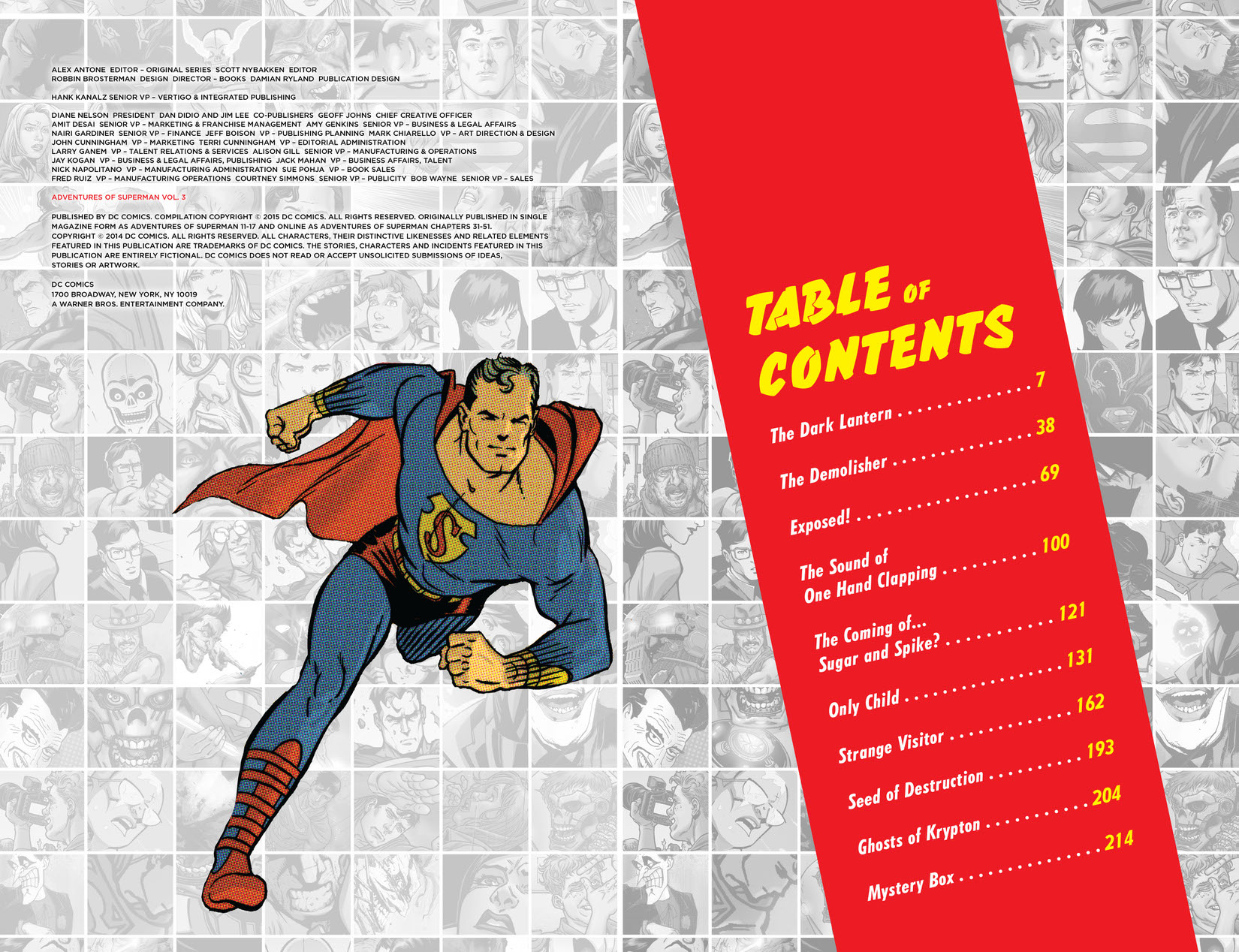 If you thought Superman had already done it all, get ready to think again! From a confrontation with Green Lantern to a shocking first meeting with the Joker to the very end of the universe itself, the Last Son of Krypton takes his never-ending battle for truth and justice to previously unseen extremes in this compelling compendium of sensational stories! Whether it’s helping out a fellow investigative reporter, attempting the terrifying task of babysitting, bringing down an out-of-control vigilante, or teaming up with the legendary OMAC — no challenge will go unmet by the World’s Greatest Hero! ADVENTURES OF SUPERMAN VOLUME THREE completes the collection of this acclaimed digital-first title and features work from some of comic’s greatest talents, including Peter Milligan, Max Landis, Fabian Nicieza, Ron Marz, Jerry Ordway, Steve Niles, Gabriel Rodriguez, Jock, Phil Hester, Evan “Doc” Shaner, Ming Doyle, Al Gordon, Steve Rude and many more!