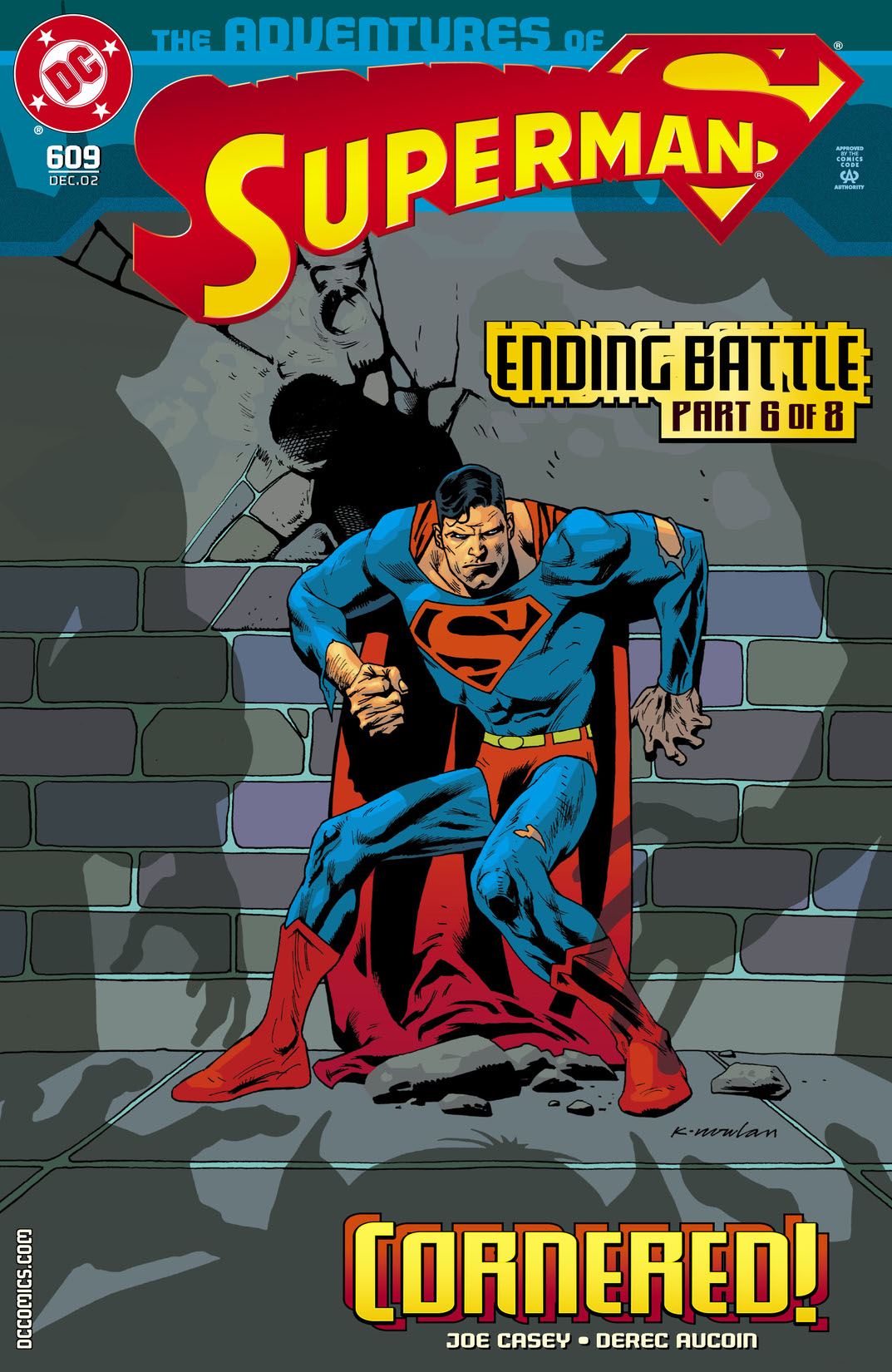 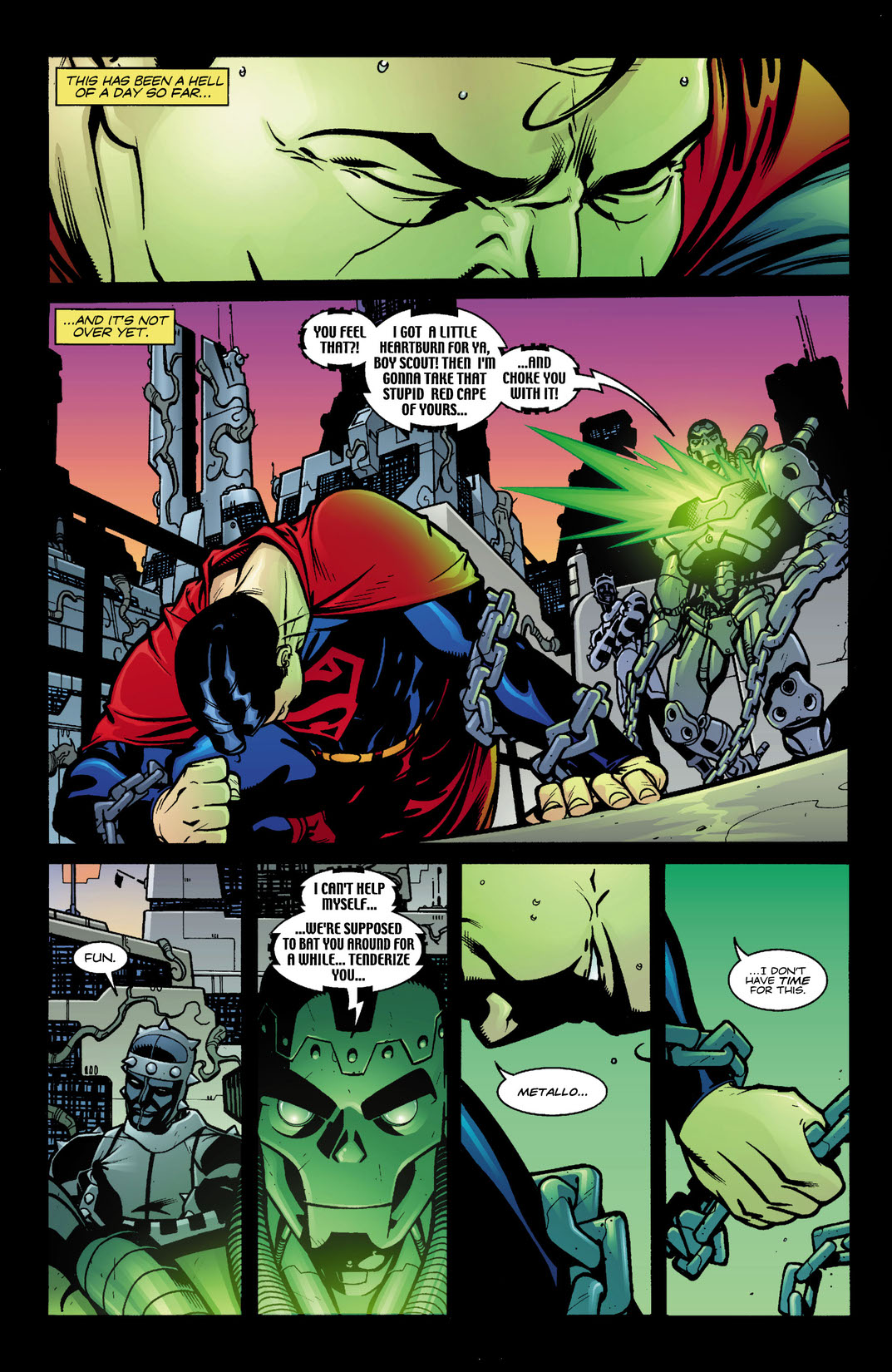 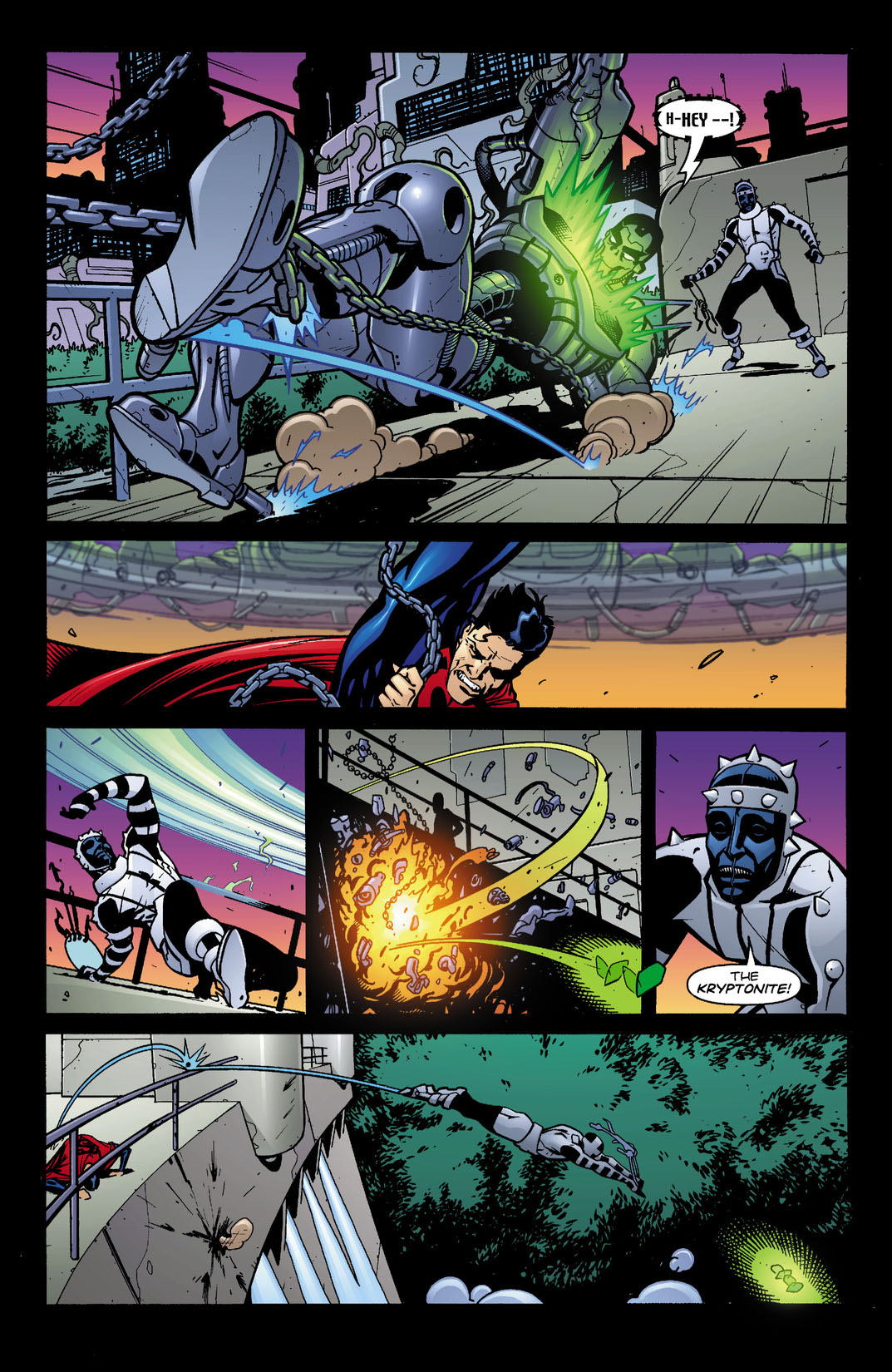 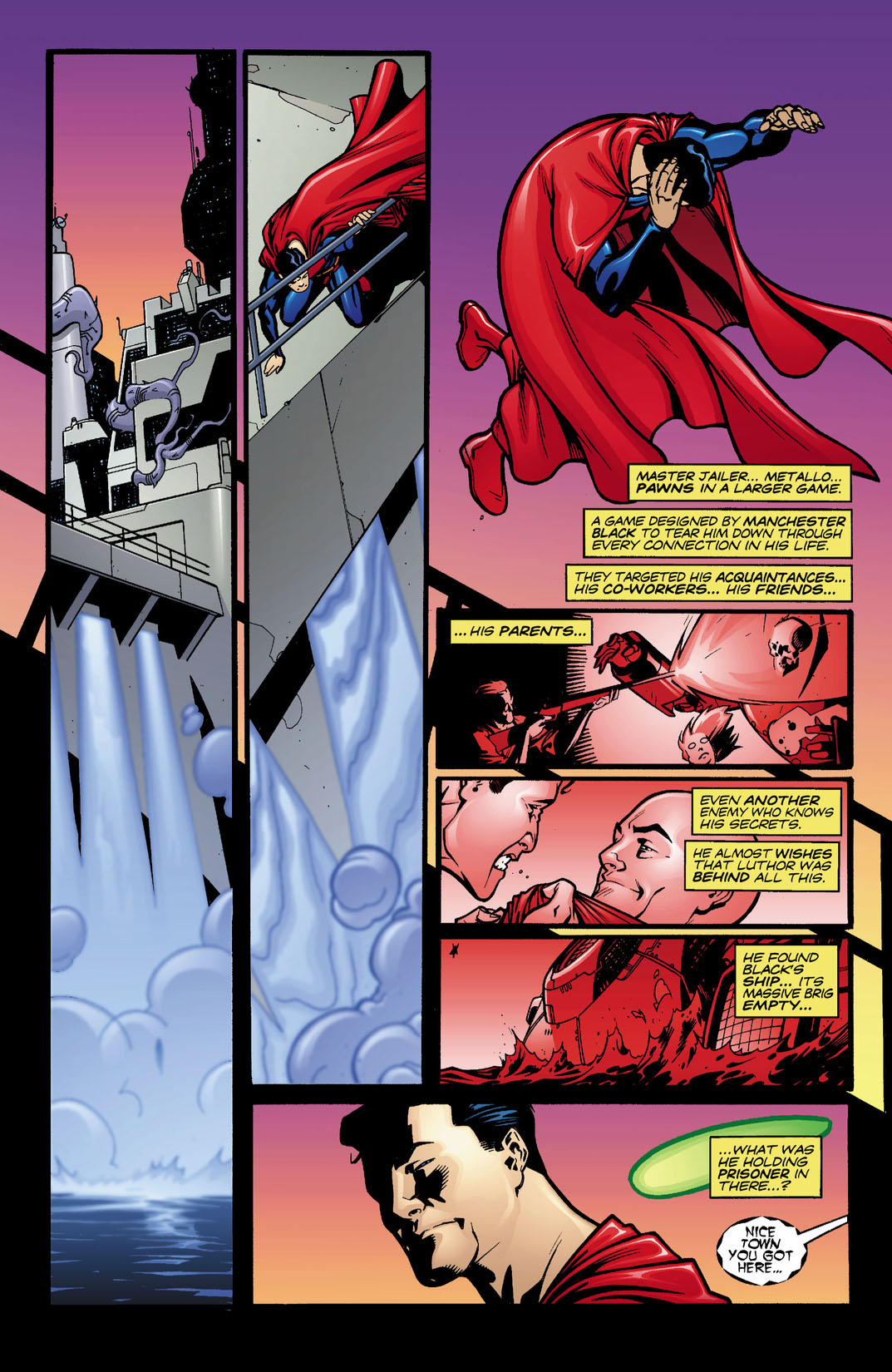 Ending Battle' part 6, continued from SUPERMAN (1987-2006) #187. On the trail of the man responsible for the attacks on his friends and family, Superman is attacked by an armada of new villains. Can the Man of Steel stand up to the sheer number of adversaries against him? Continued in SUPERMAN: MAN OF STEEL #131.