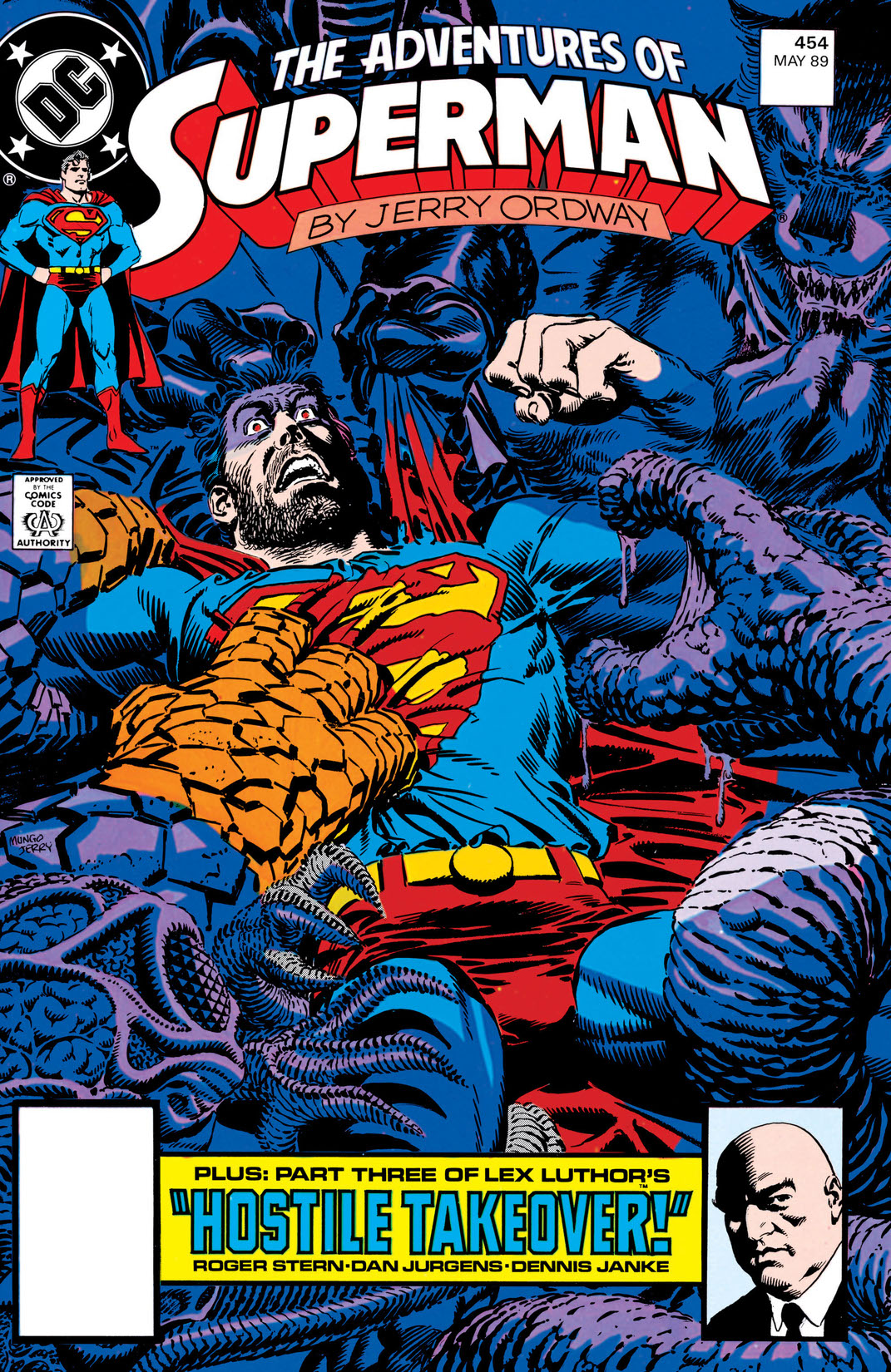 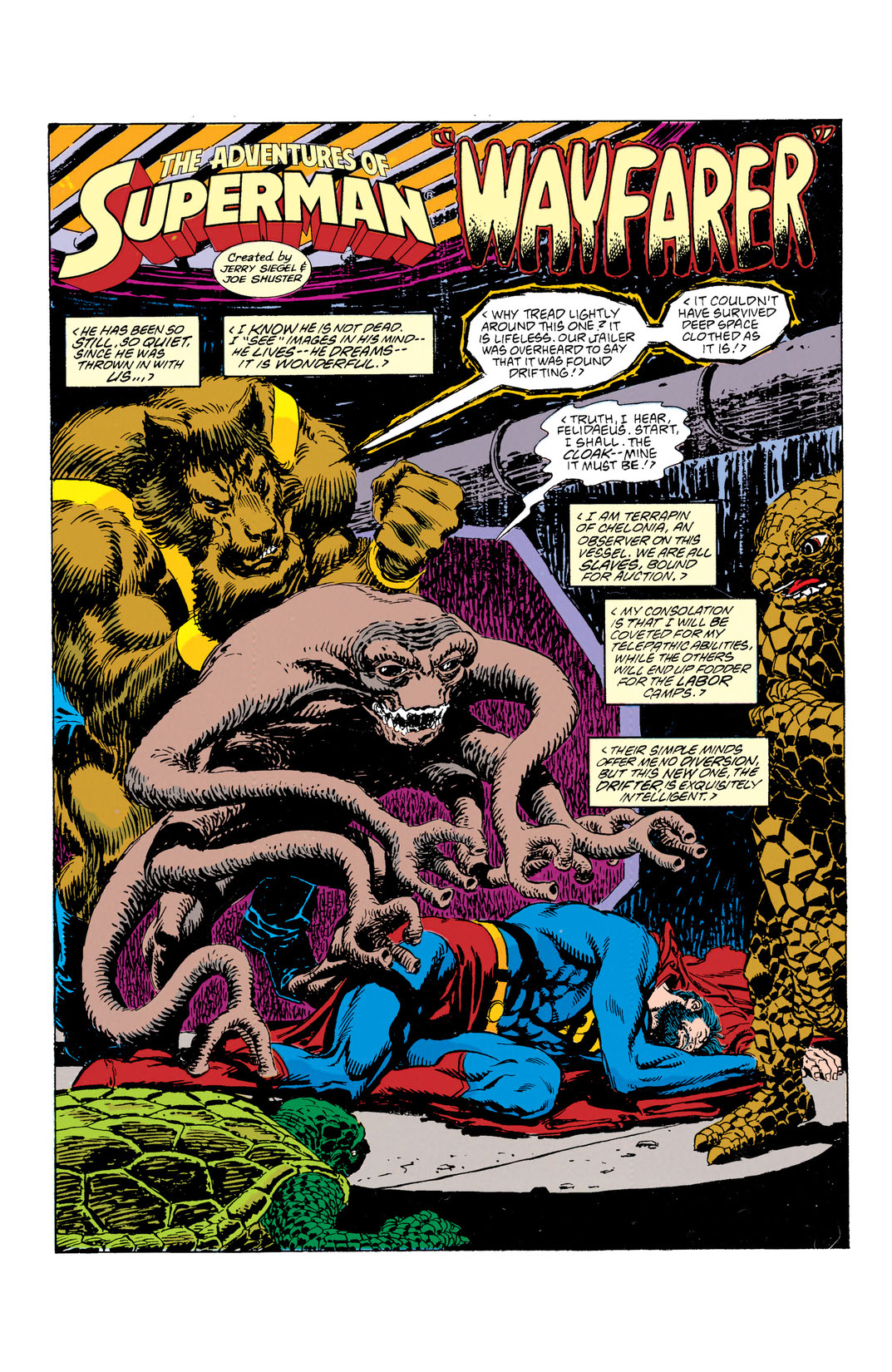 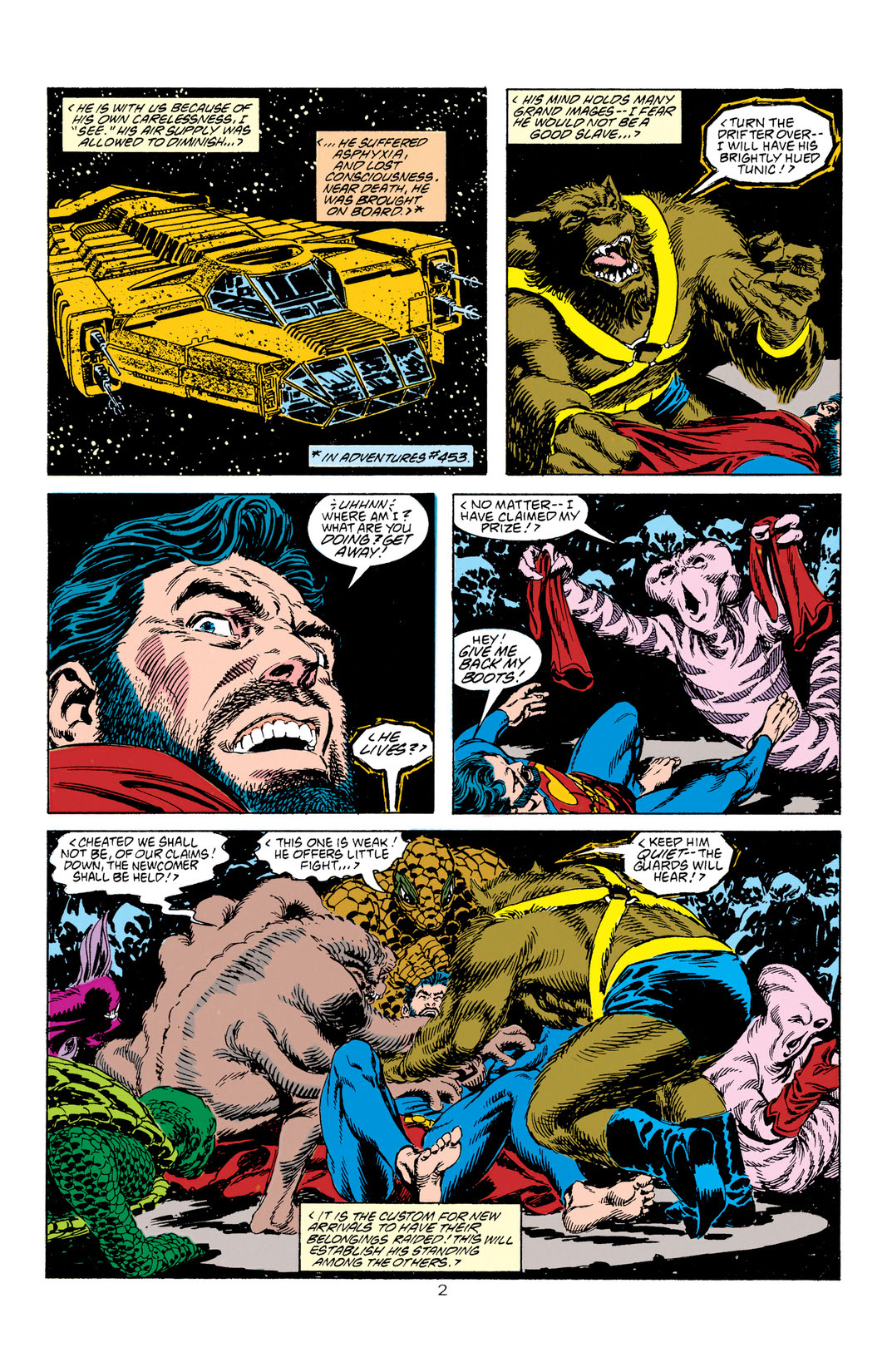 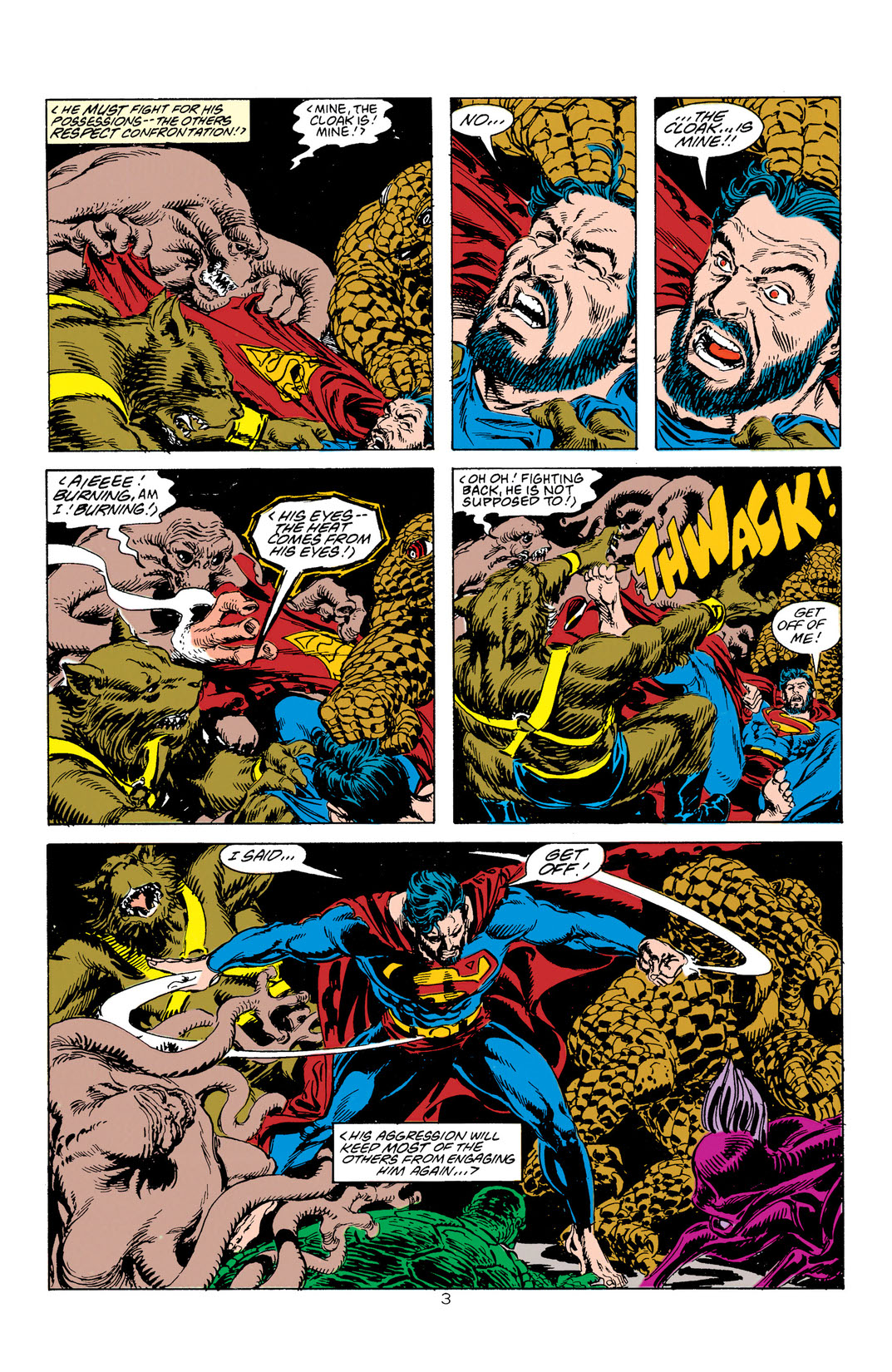 Superman in Exile' part 8, continued from SUPERMAN (1987-2006) #31. While Superman is held captive aboard an intergalactic slave-ship, on Earth the cops would like to talk to Clark Kent about the charred body found in his apartment. Continued in ACTION COMICS ANNUAL #2.