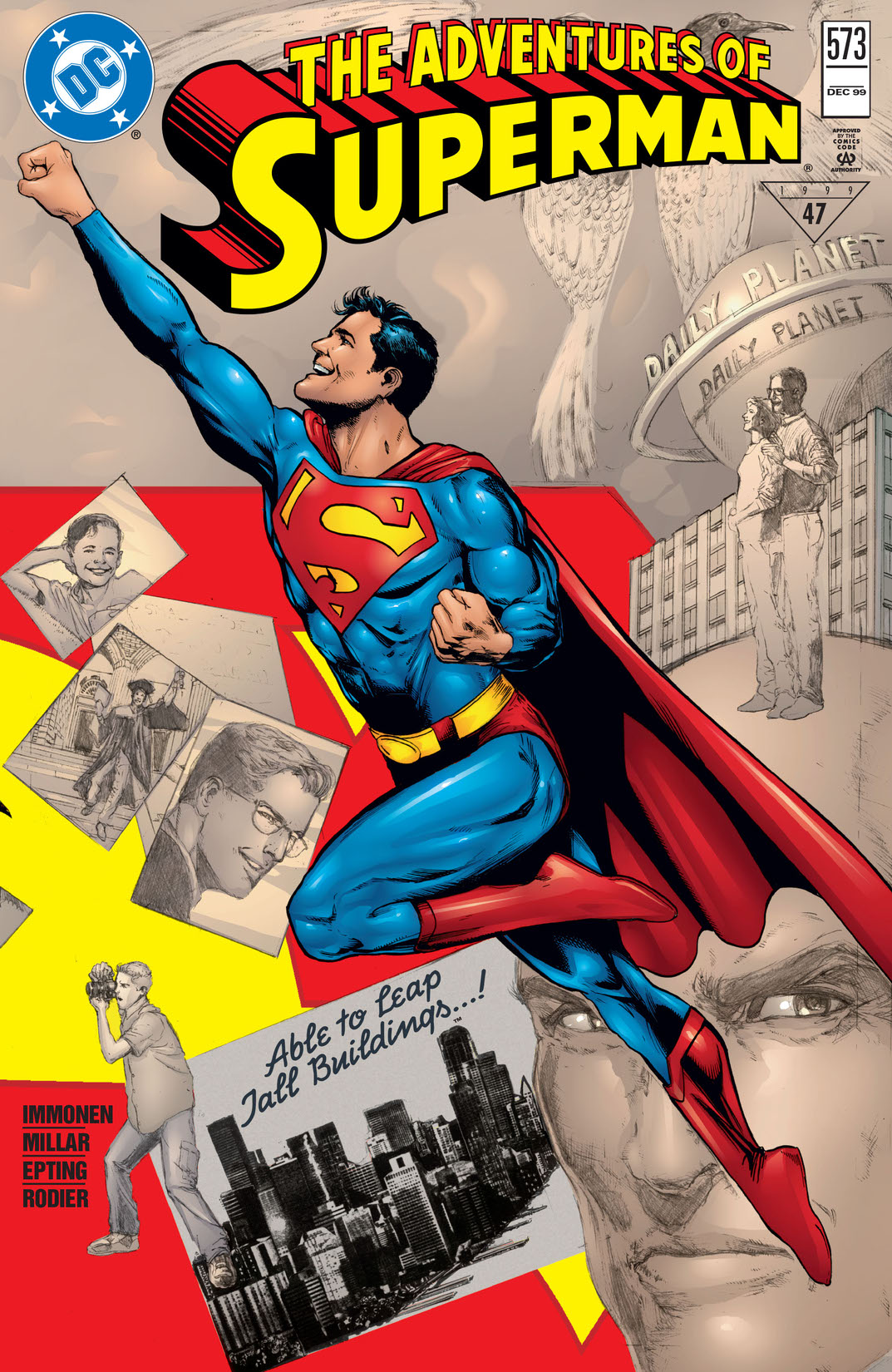 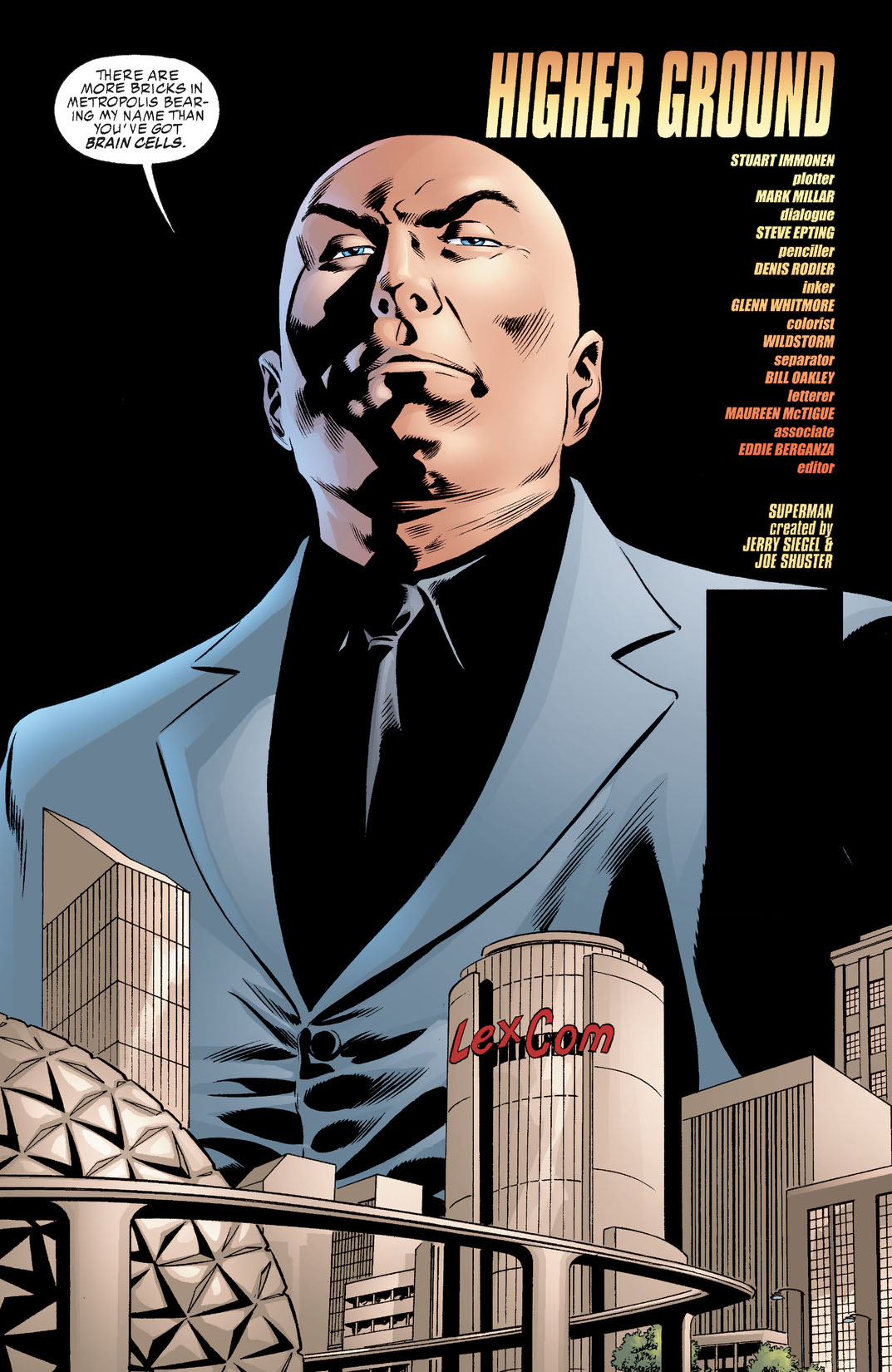 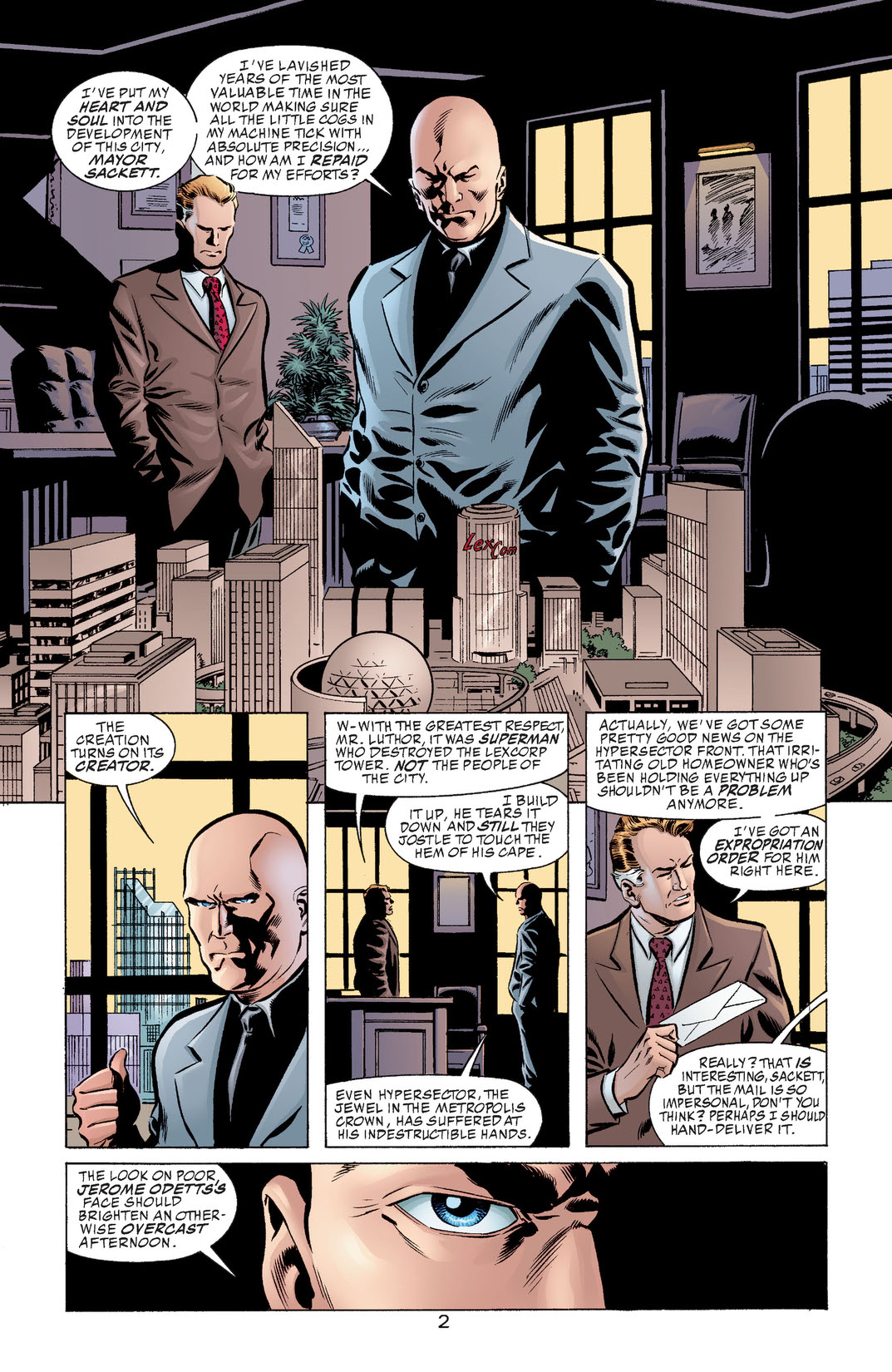 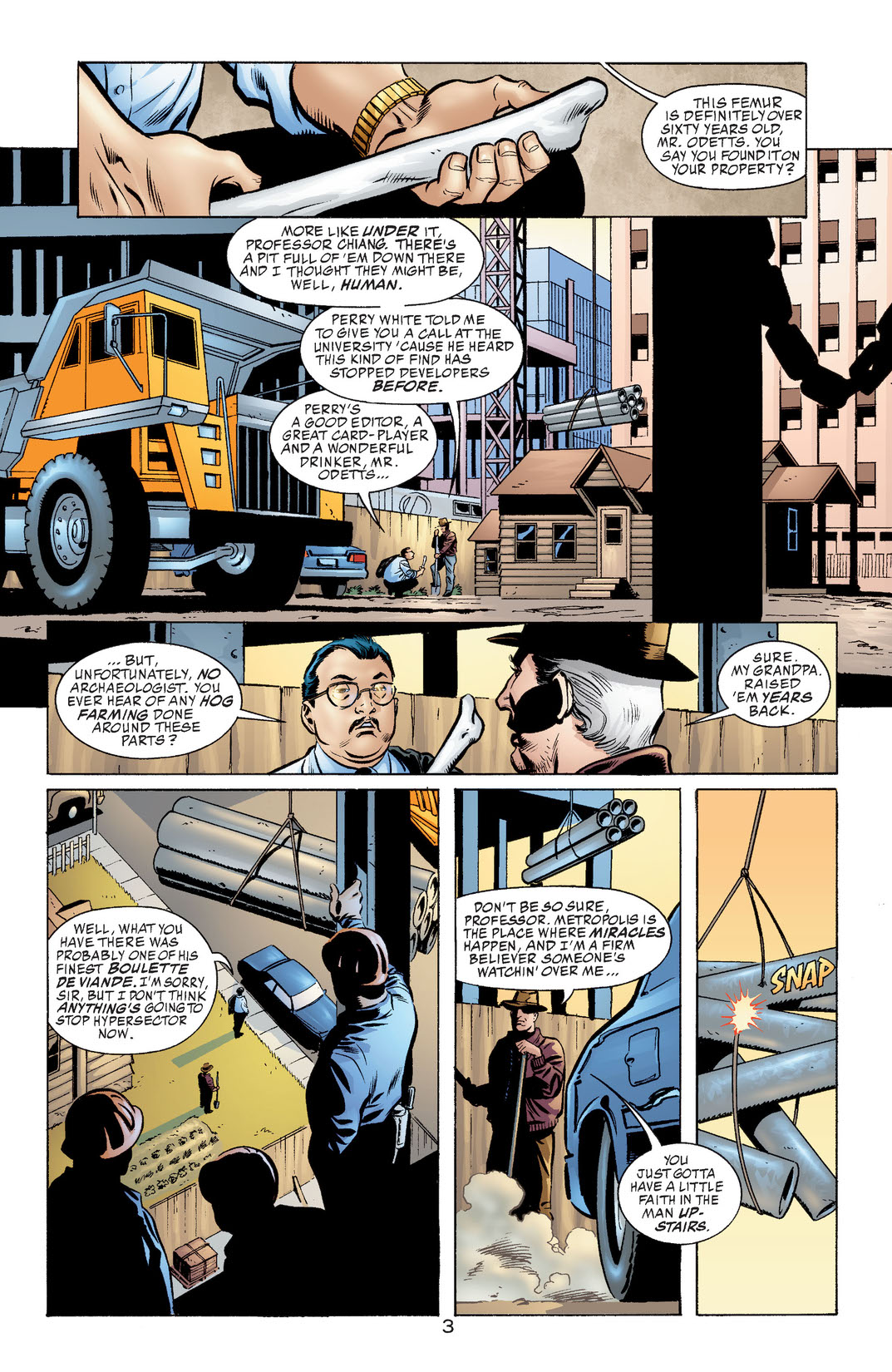 The new era continues with a look at Superman through the eyes of ordinary people! Flashbacks to Smallville and young Clark Kent's first attempt to "leap tall buildings" contrast with a modern adventure where Clark, not Superman, must come to the aid of a lone man taking a stand against Luthor. Plus, a brief appearance by Luthor's new bodyguards—Mercy (based on the character from The New Batman/Superman Adventures) and her partner, Hope.