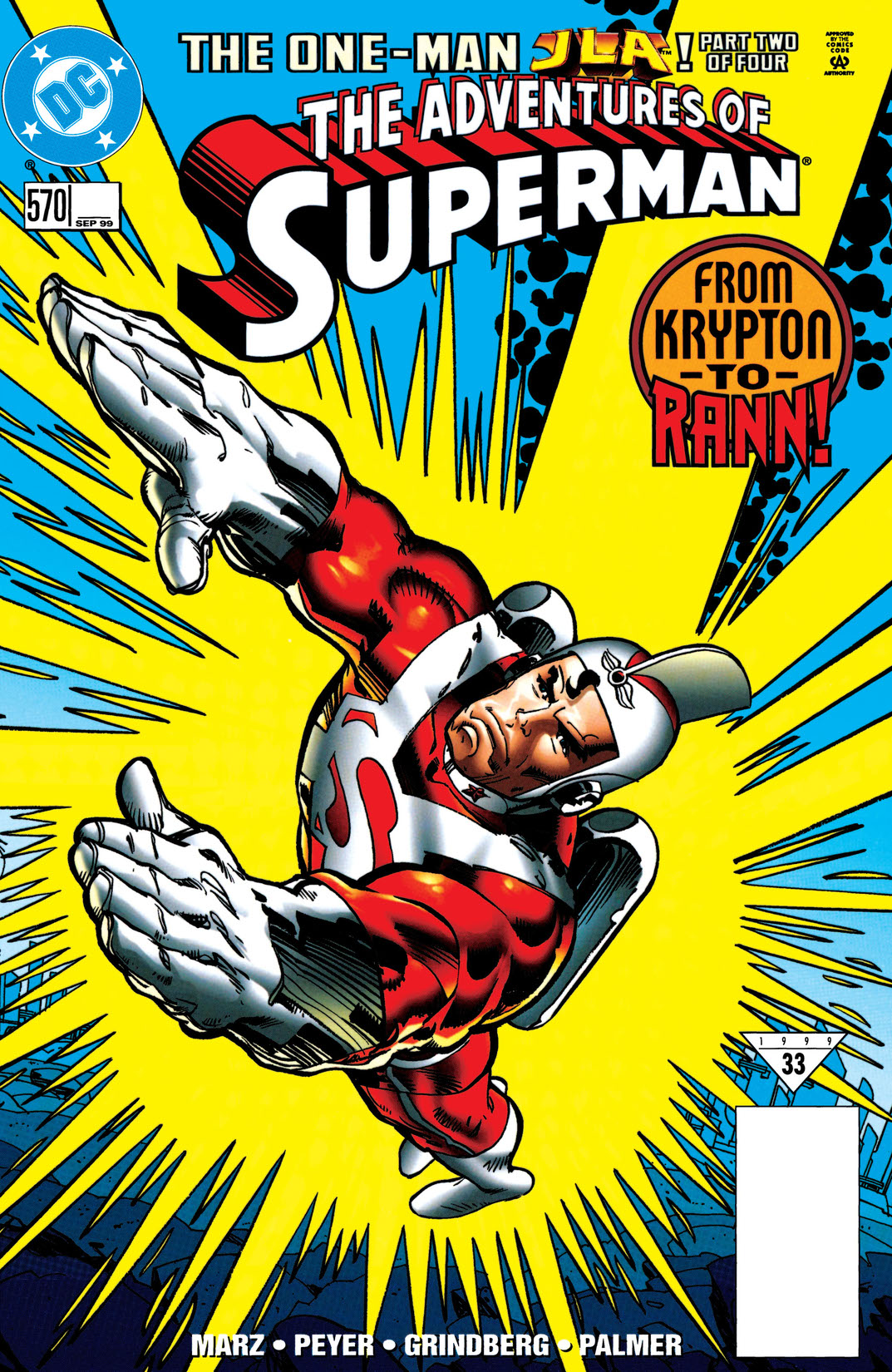 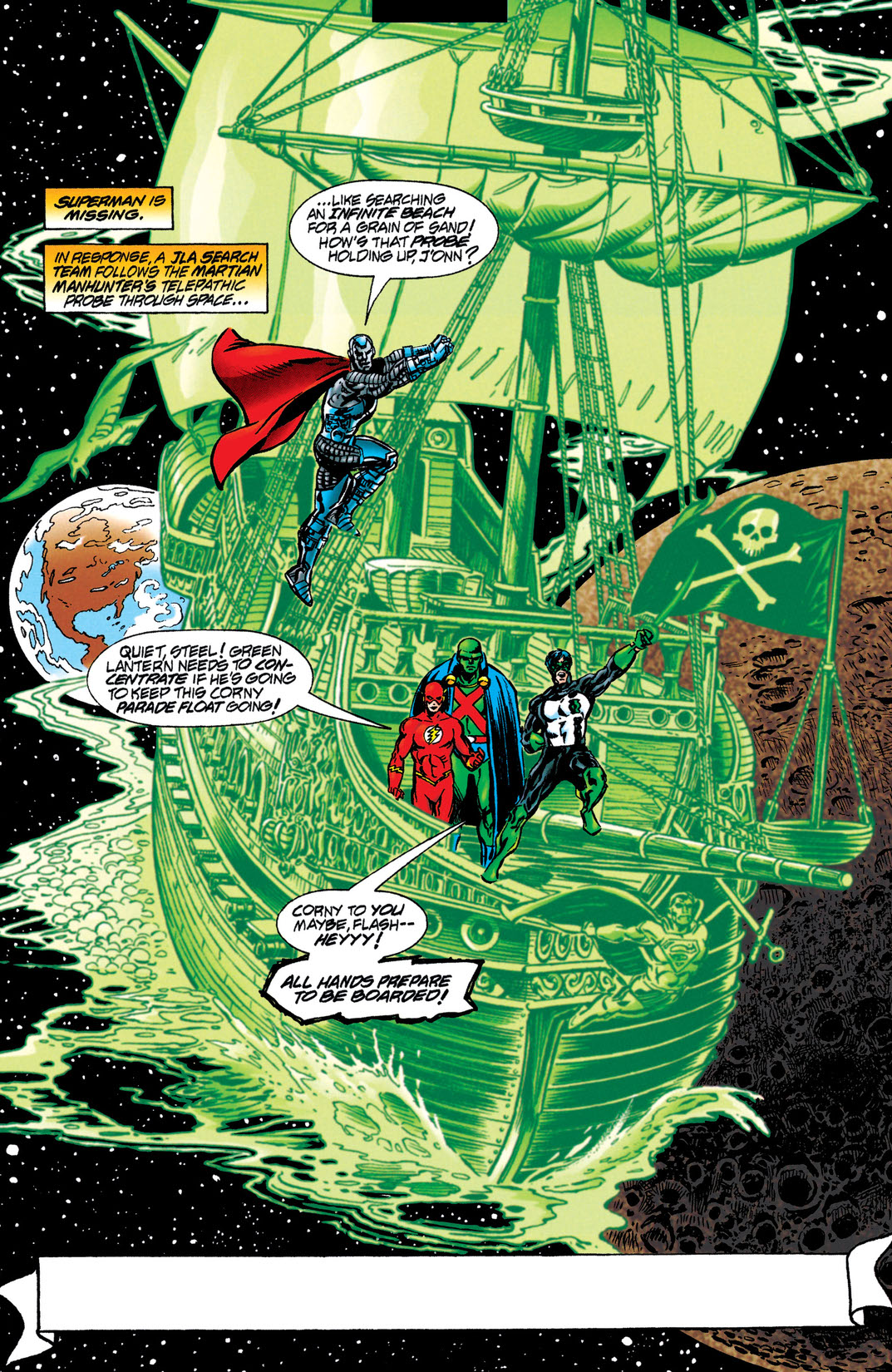 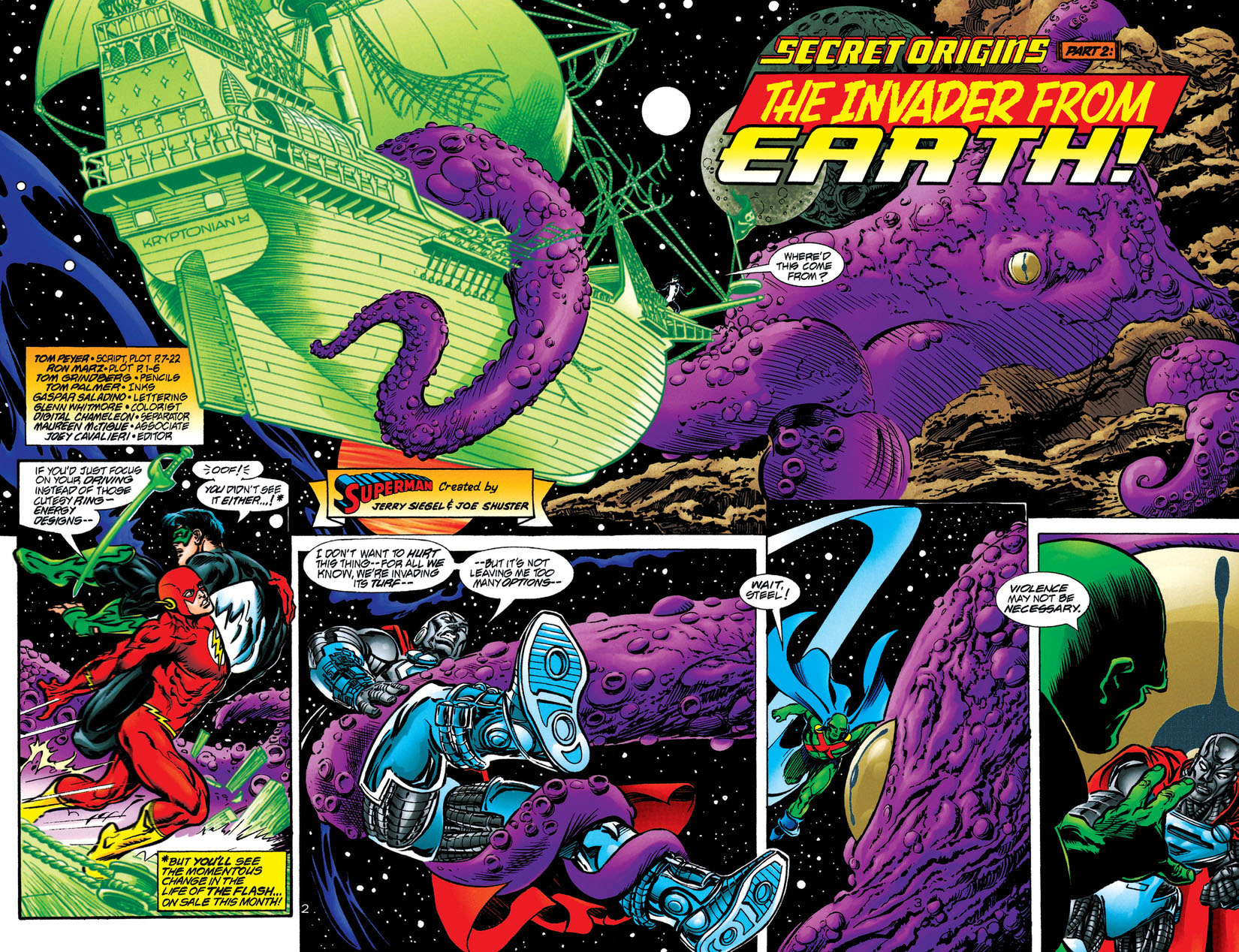 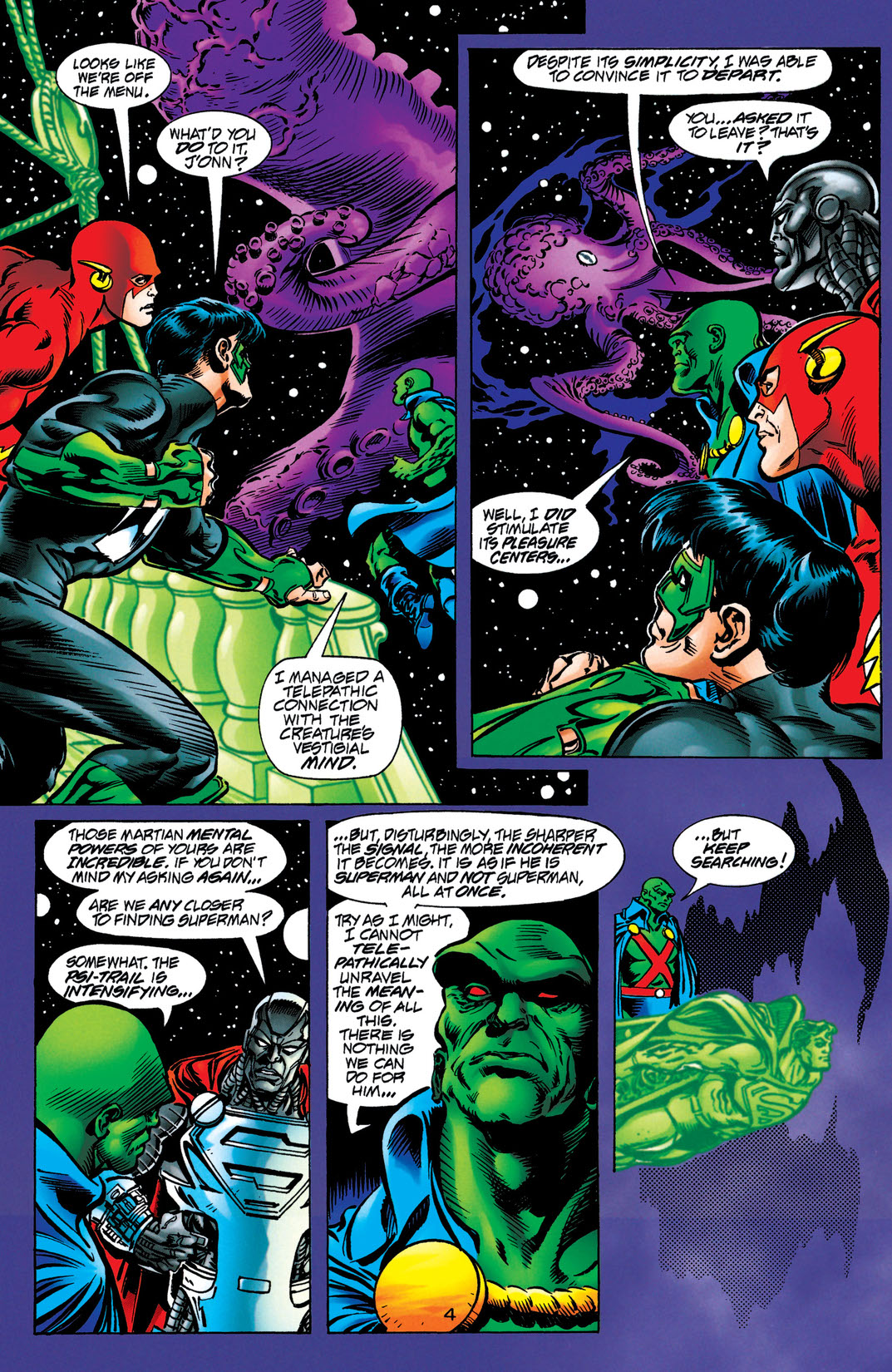 The JLA guest-stars in part two of an unreal four-part story! The League continues to search for Superman, unaware that the Man of Steel believes himself to be on the planet Rann, and thinks he’s the omniscient, omnipresent Overseer of the entire world! But what does Rann's greatest hero—Adam Strange—think about this newcomer to the neighborhood?