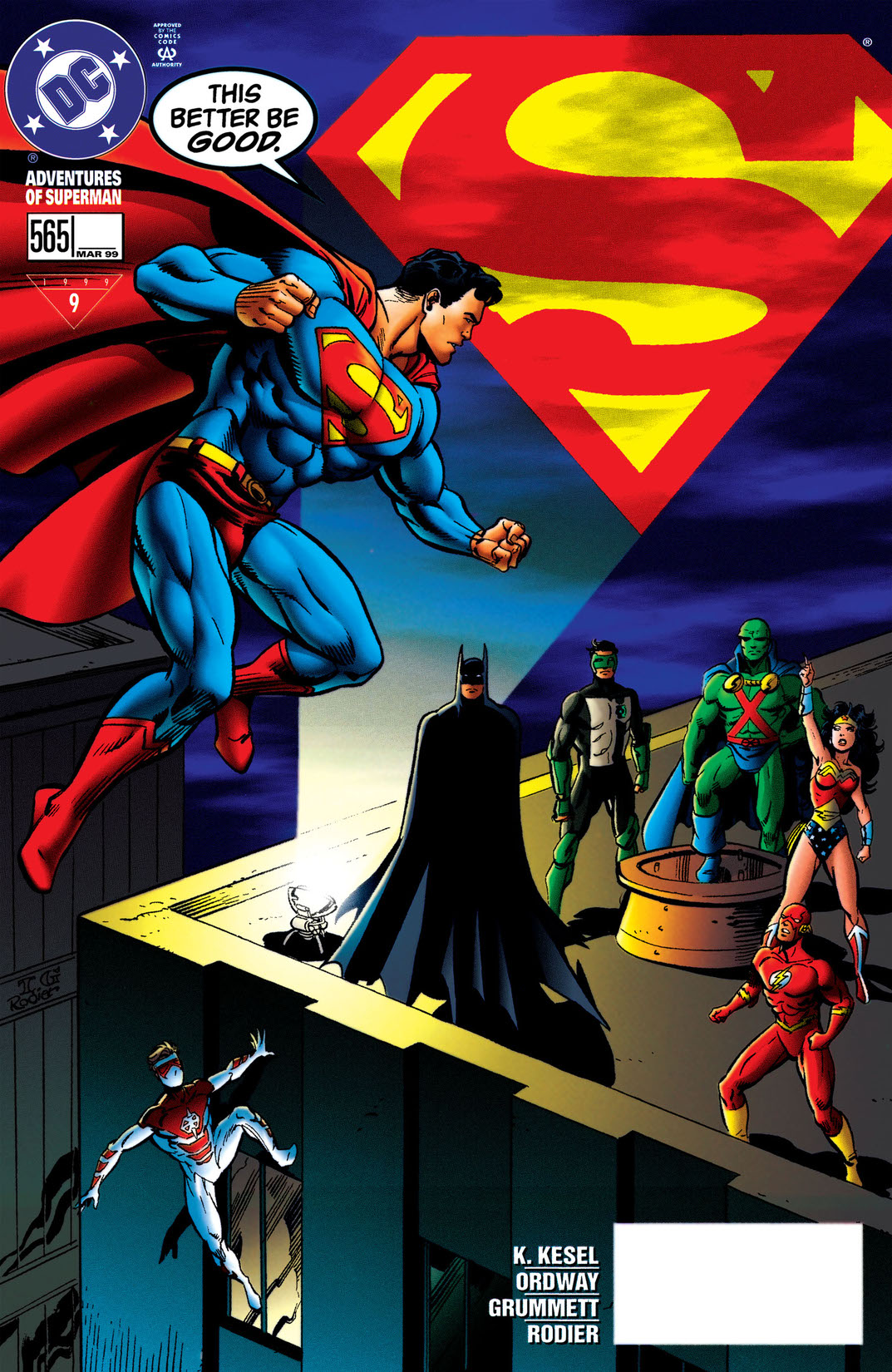 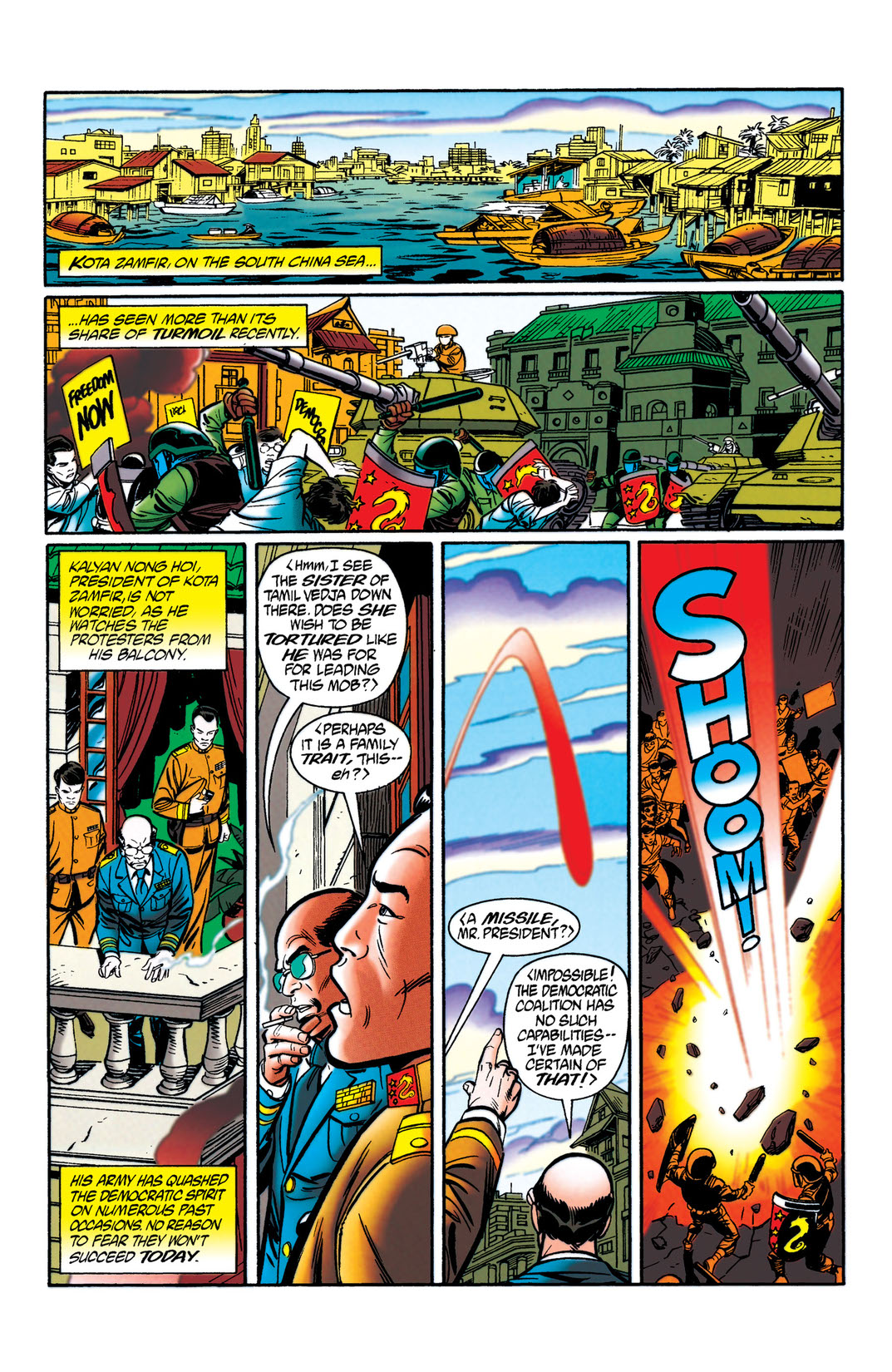 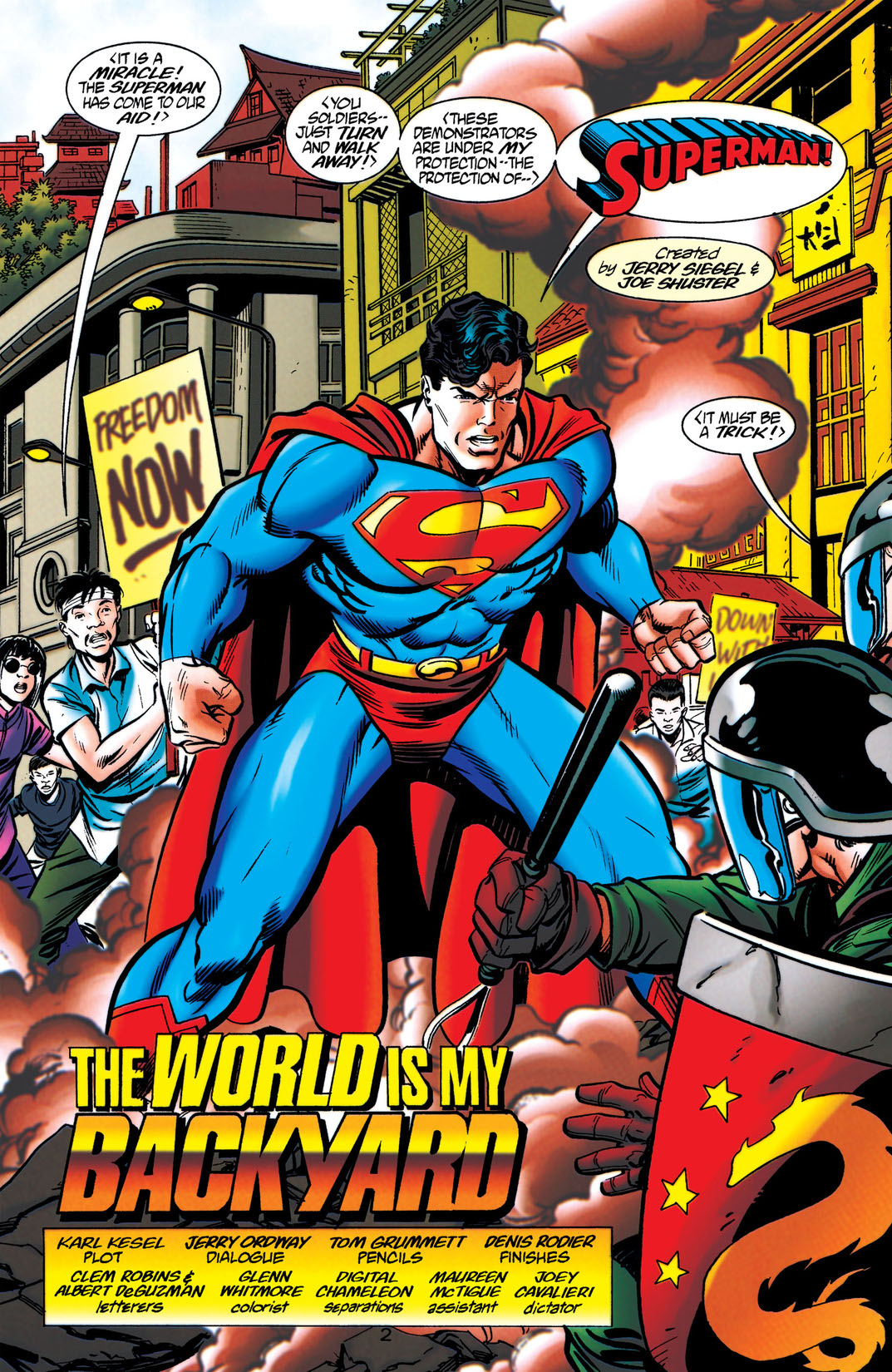 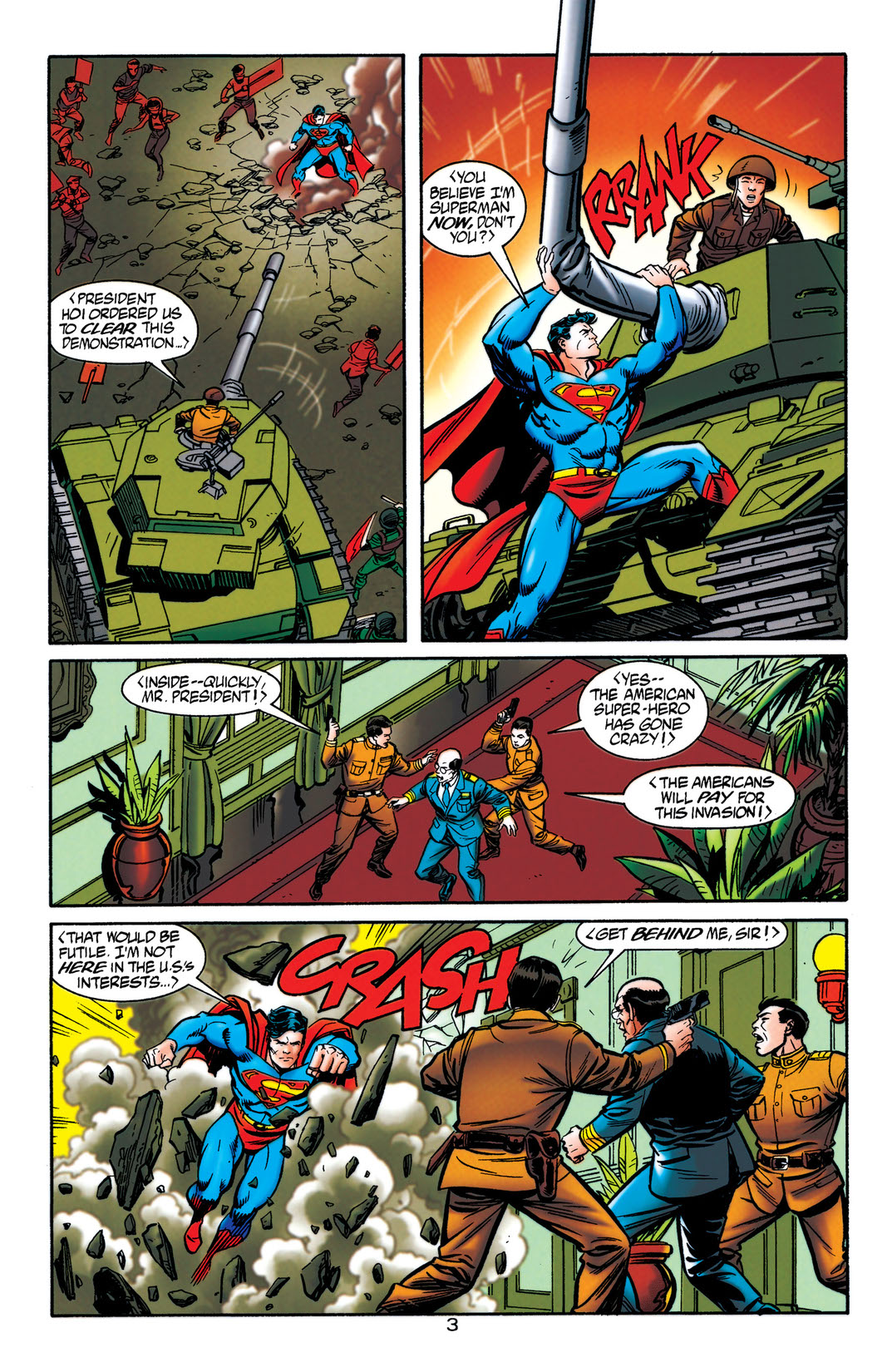 Superman's JLA colleagues guest-star in an action-packed issue! Now on call full-time, the Man of Steel liberates an entire country (and that's just on page one!), faces Captains Cold and Boomerang, evades Lexcom and the DEO, has a chat with the Metropolis Special Crimes Unit…and that's just the beginning! From receiving some crisis intervention from the JLA to inspiring a group that will someday be known as the Supermen of America, the big red "S" has never been busier!