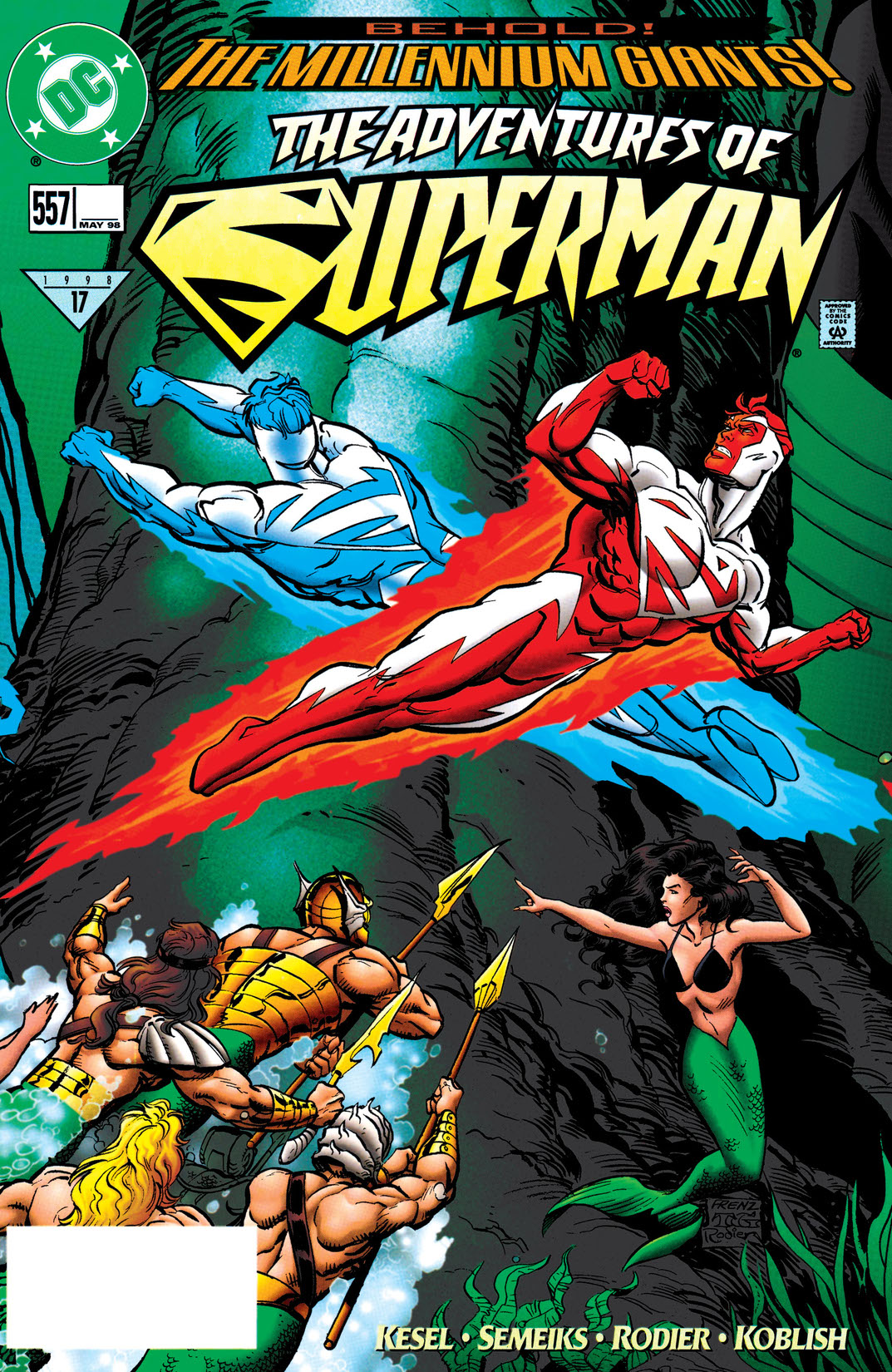 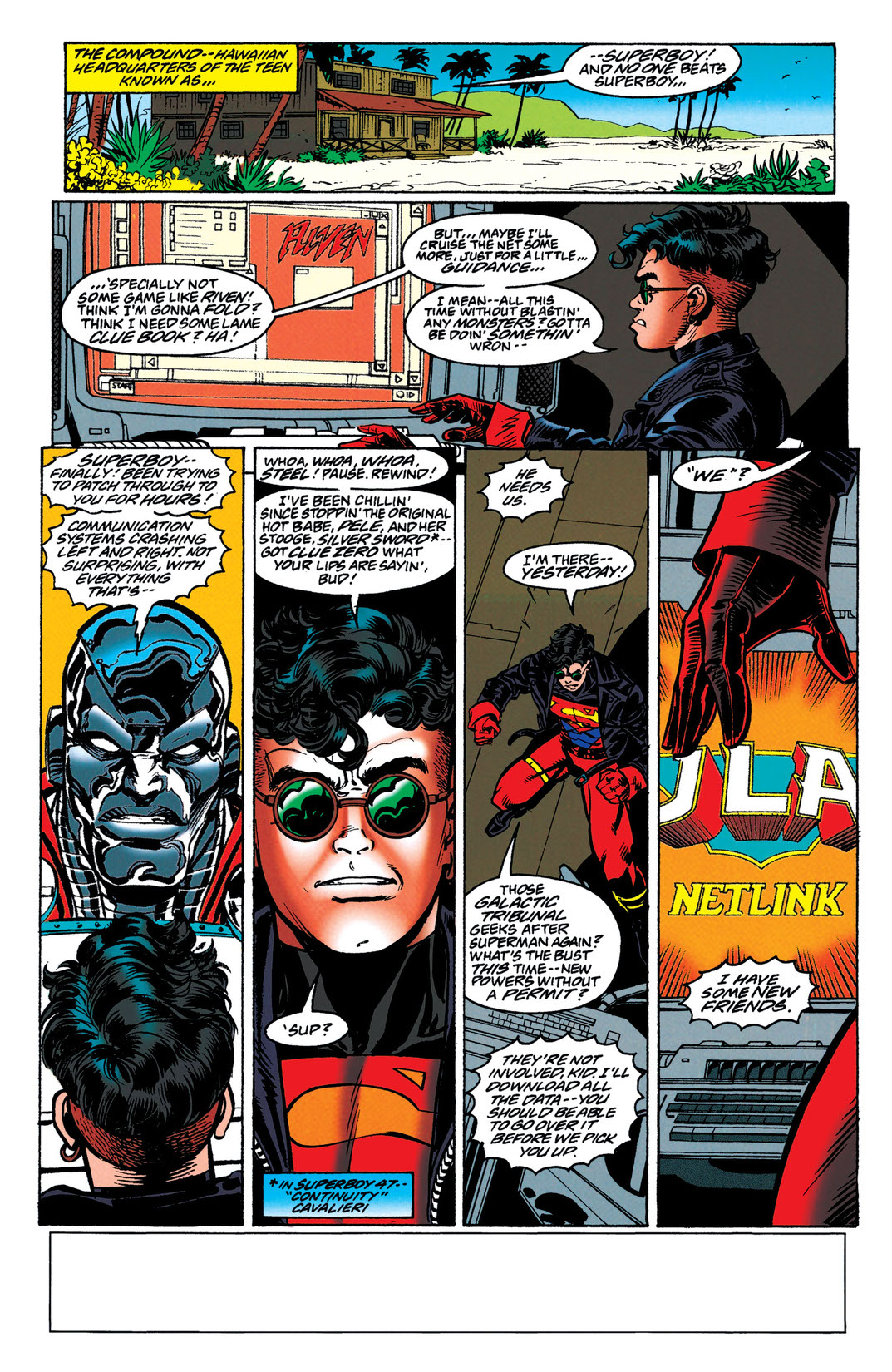 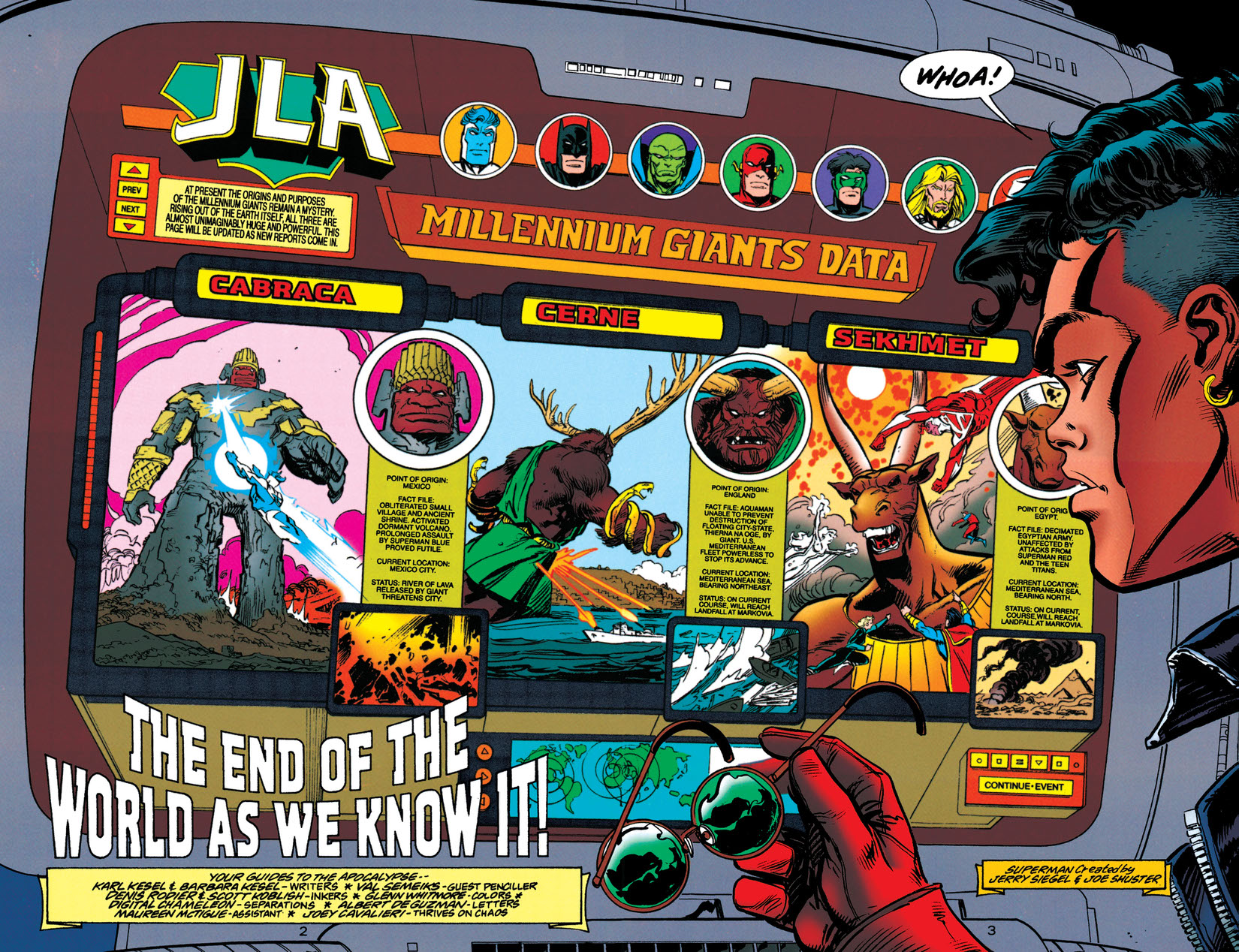 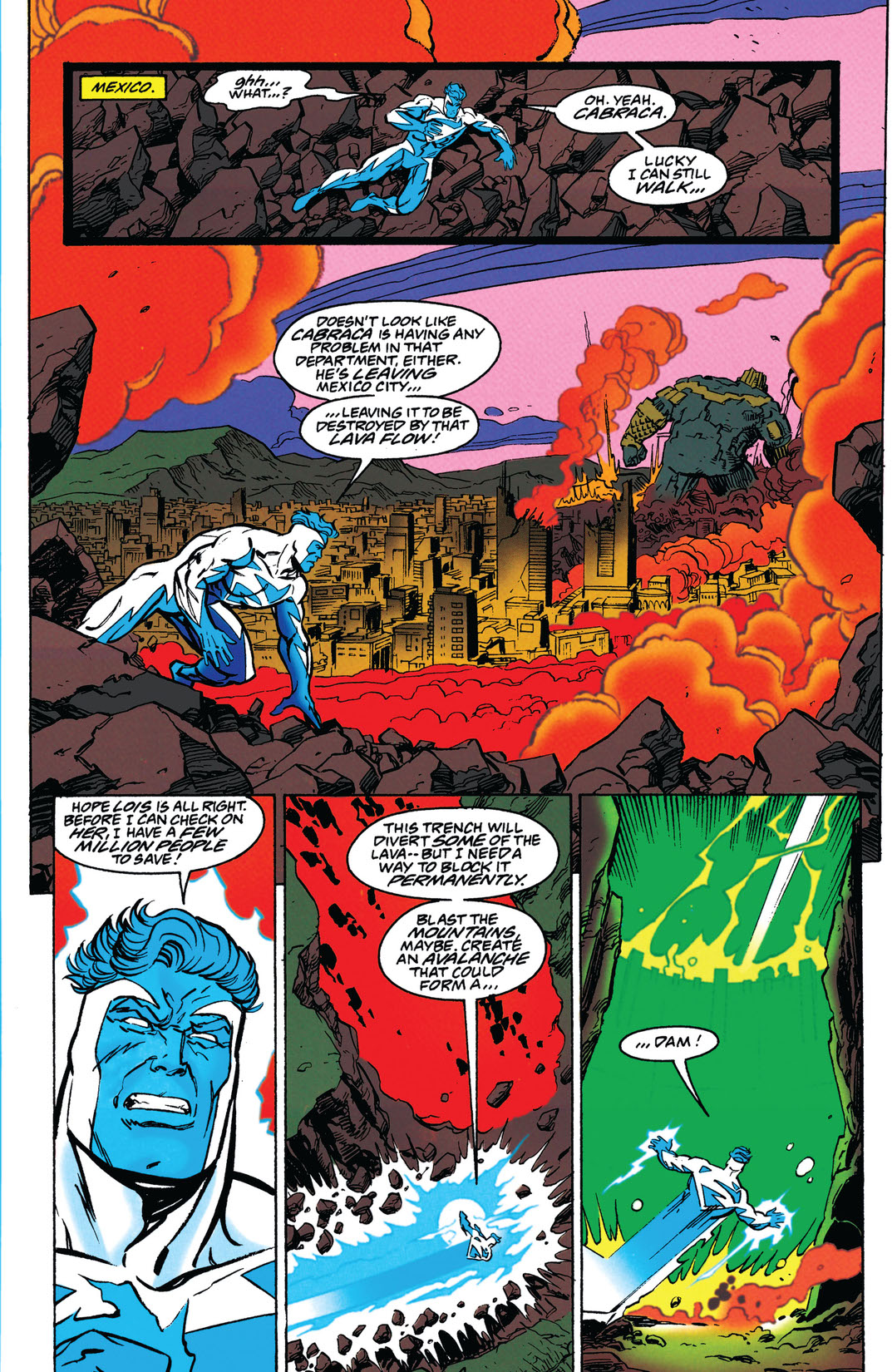 A fight like this only happens once in a thousand years as the Giants reach the nation of Markovia! Local heroes Geo-Force and Terra do what they can against the behemoths, with help from guest stars Steel, Supergirl, the Teen Titans, Flash and Green Lantern! Meanwhile, Superman Blue, J'onn J'onzz and Aquaman team up to keep a giant from crushing Lori Lemaris' underwater city.