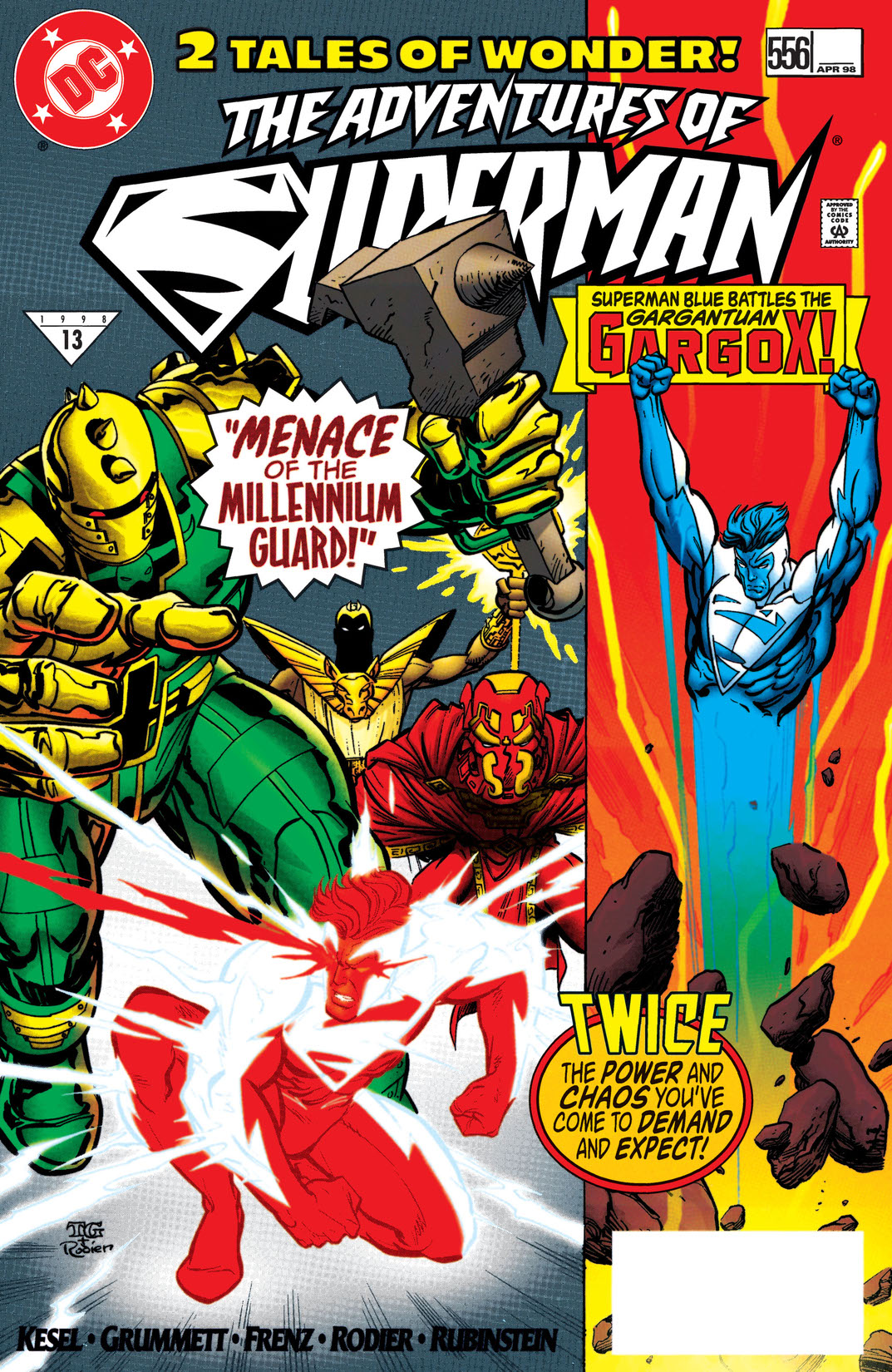 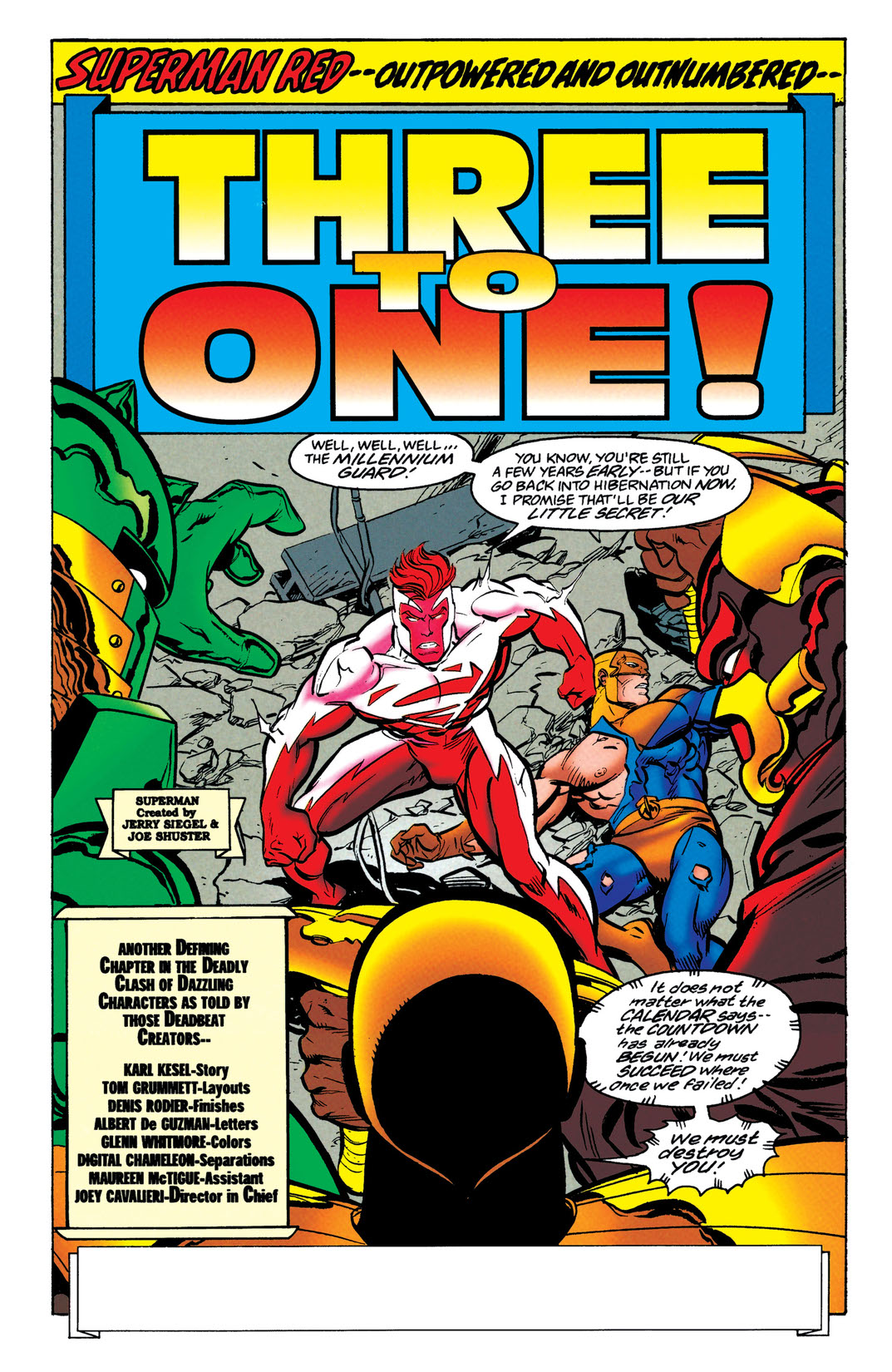 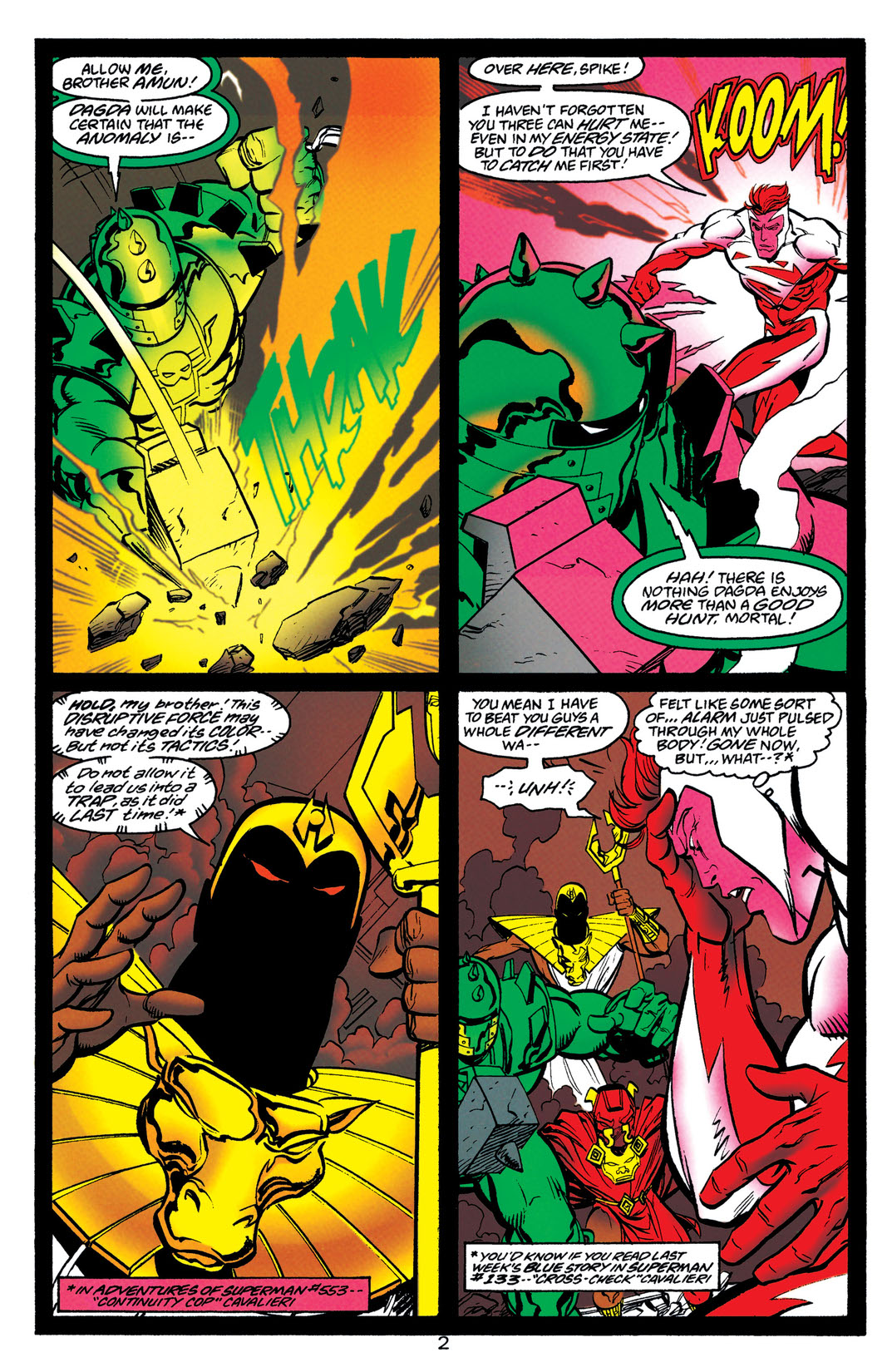 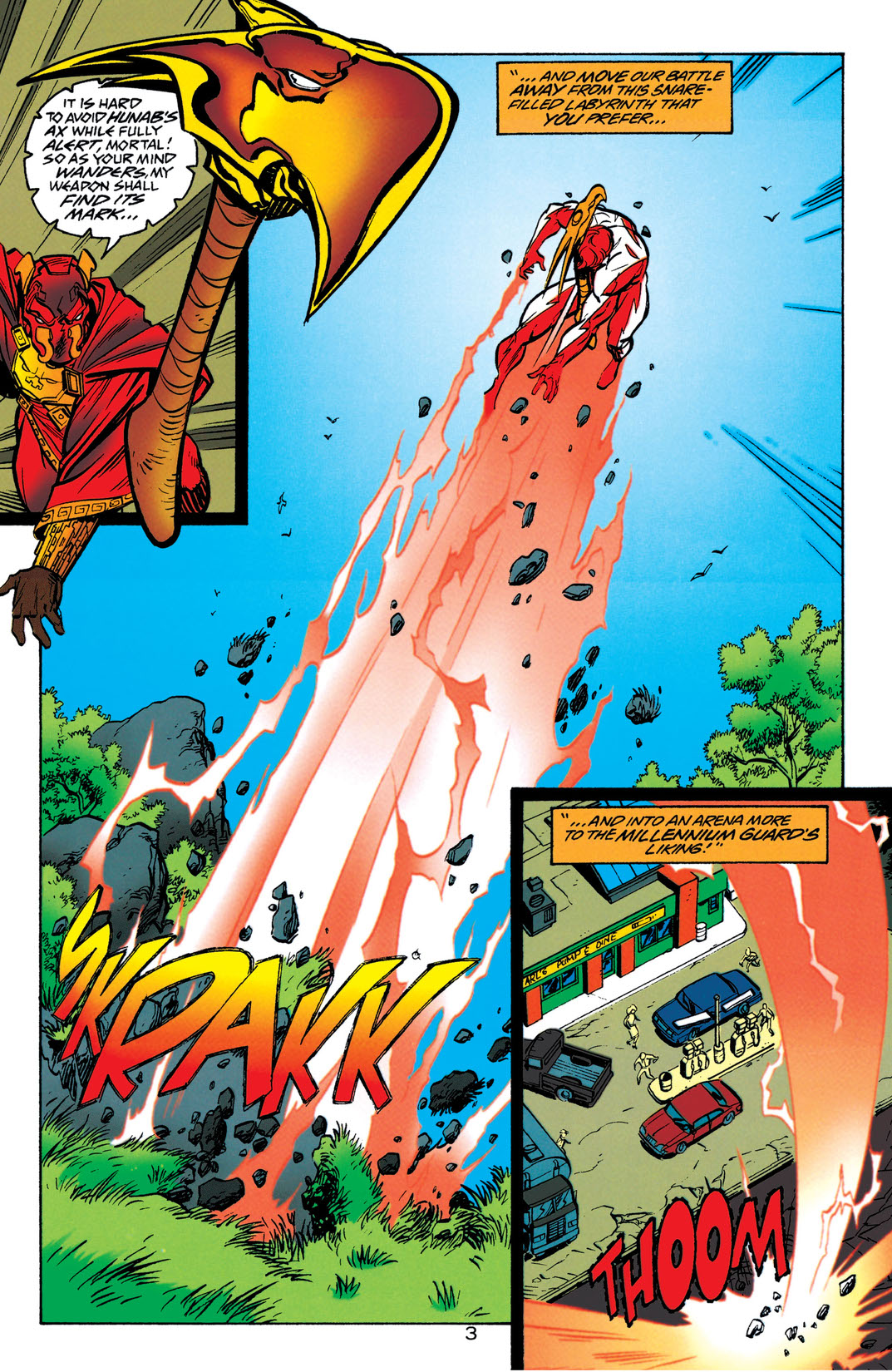 Twice as many thrills! Twice as many exploits! Because there's twice as many Supermen! This issue features two big stories of the Last Sons of Krypton. Superman Red stares down the harbingers of doom known as the Millennium Guard in "Three to One," while Superman Blue defends Jimmy Olsen and Misa in "I Was Alone Against Gargox…A Really Big Monster!"