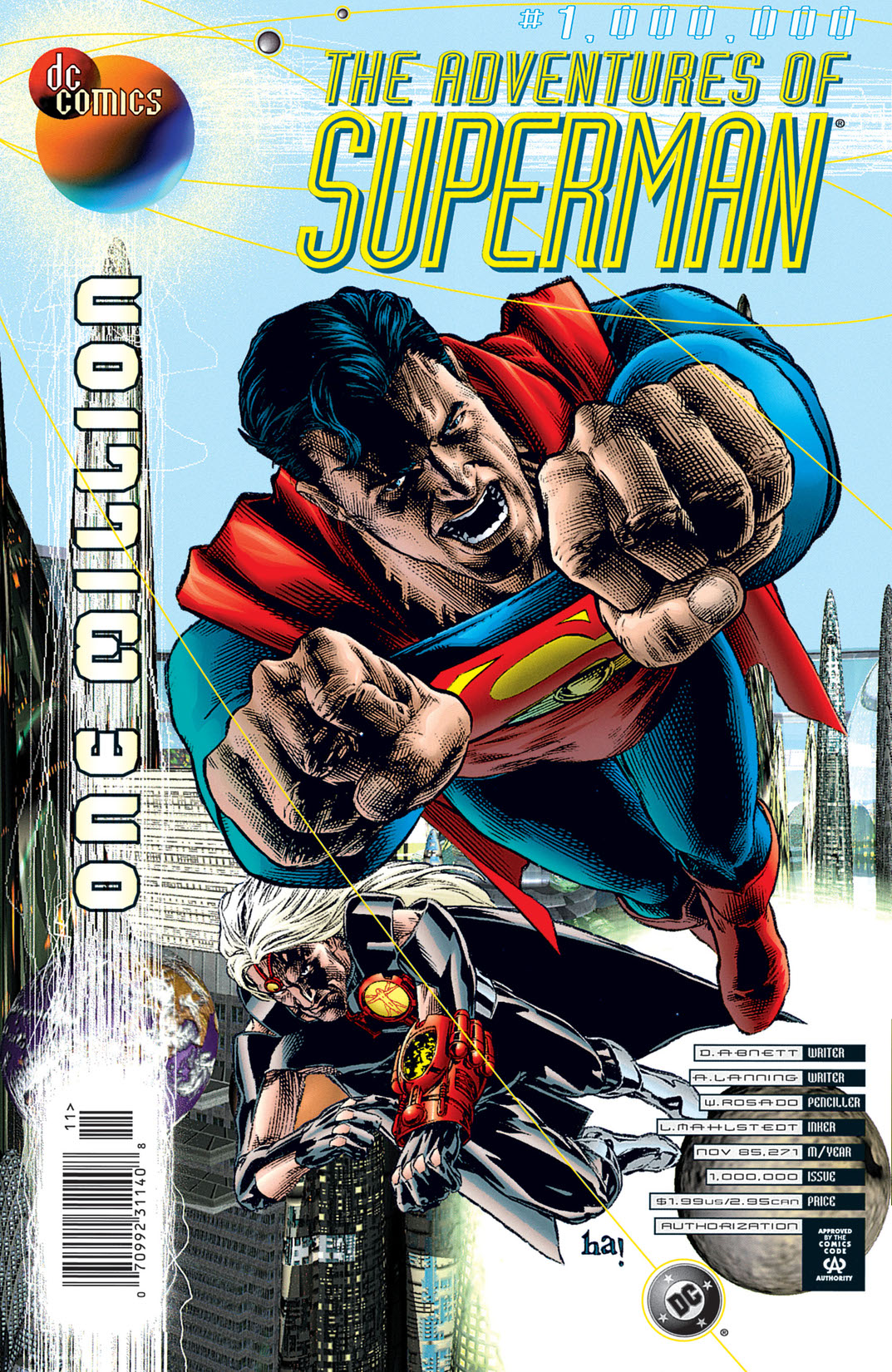 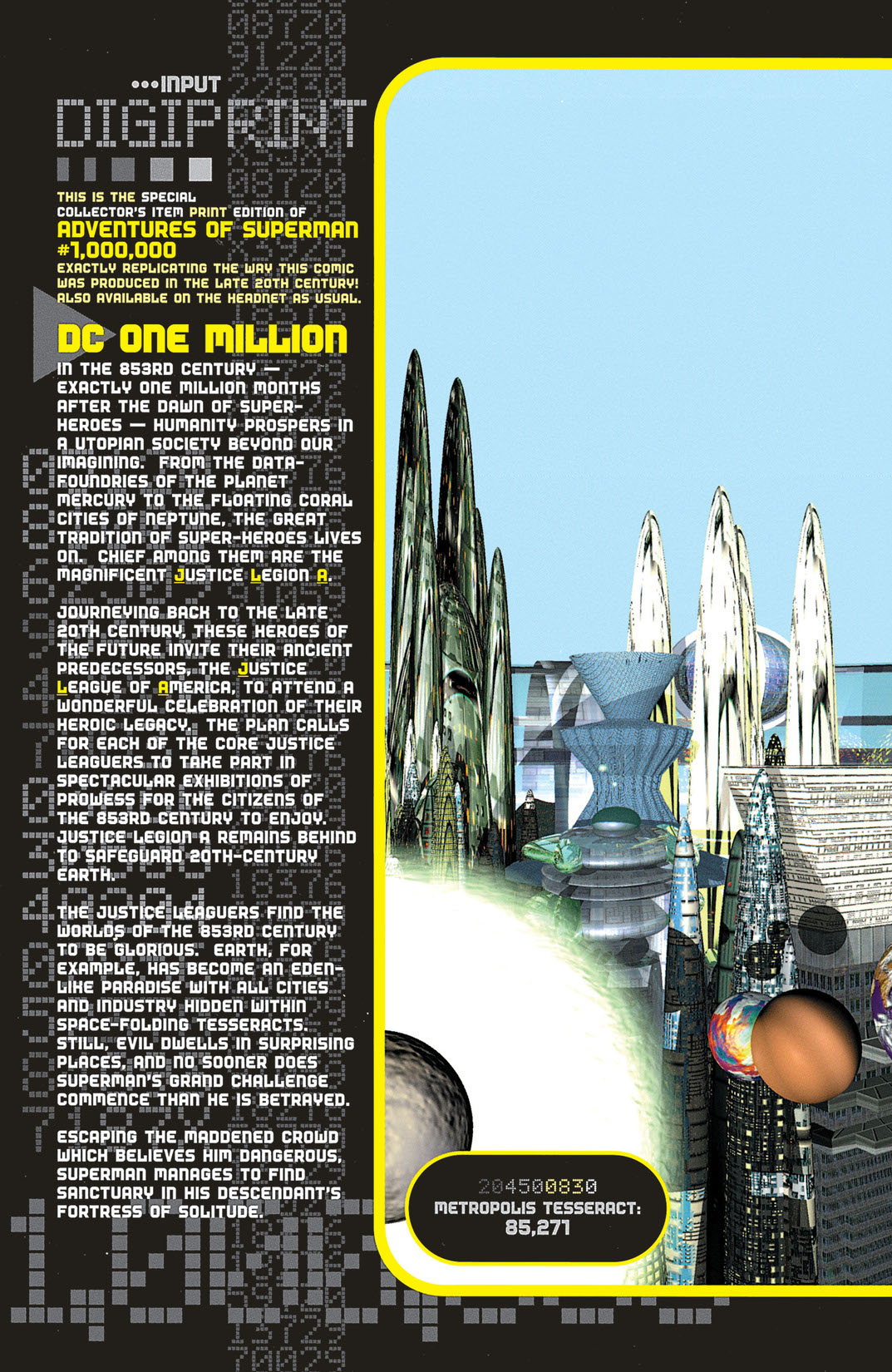 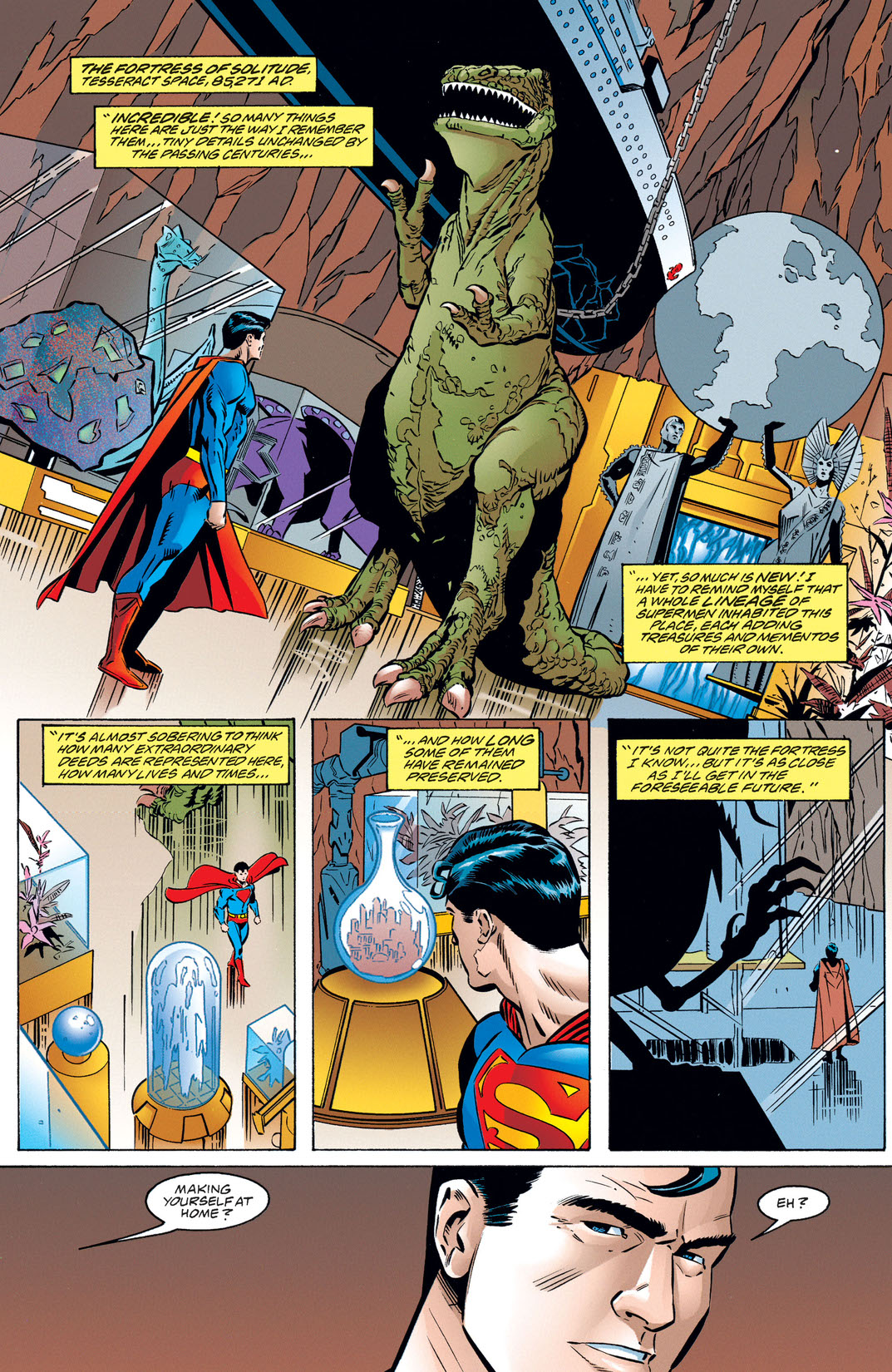 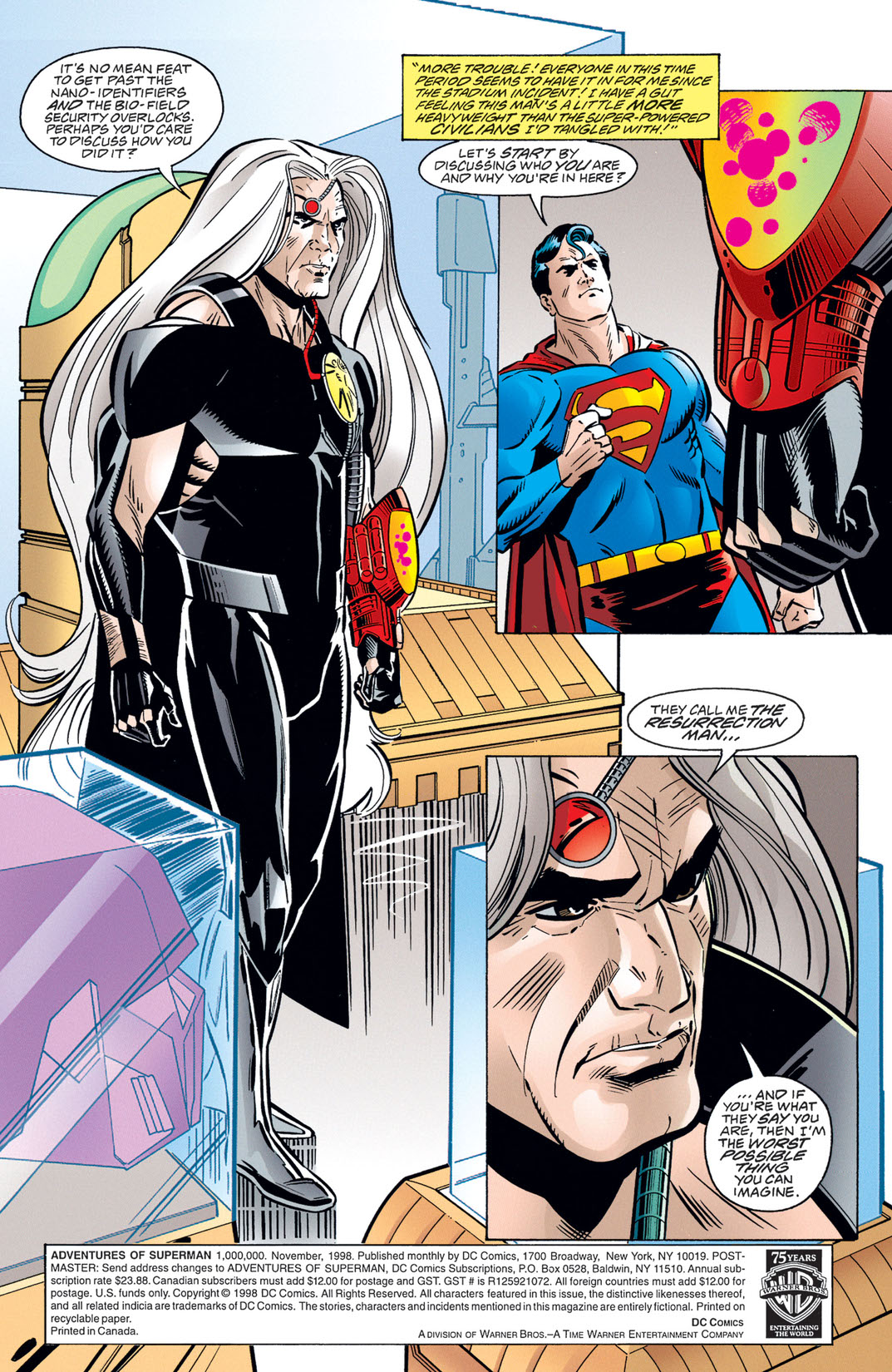 A DC ONE MILLION tie-in! Superman teams up with the Resurrection Man and Teen Titans of the future in a crucial, no-holds-barred battle against the agents of the evil Solaris. It's a fight to the finish as the heroes' combined powers are focused on the 853rd Century Fortress of Solitude, which has been possessed by the Tyrant Sun! Continued in RESURRECTION MAN #1,000,000.