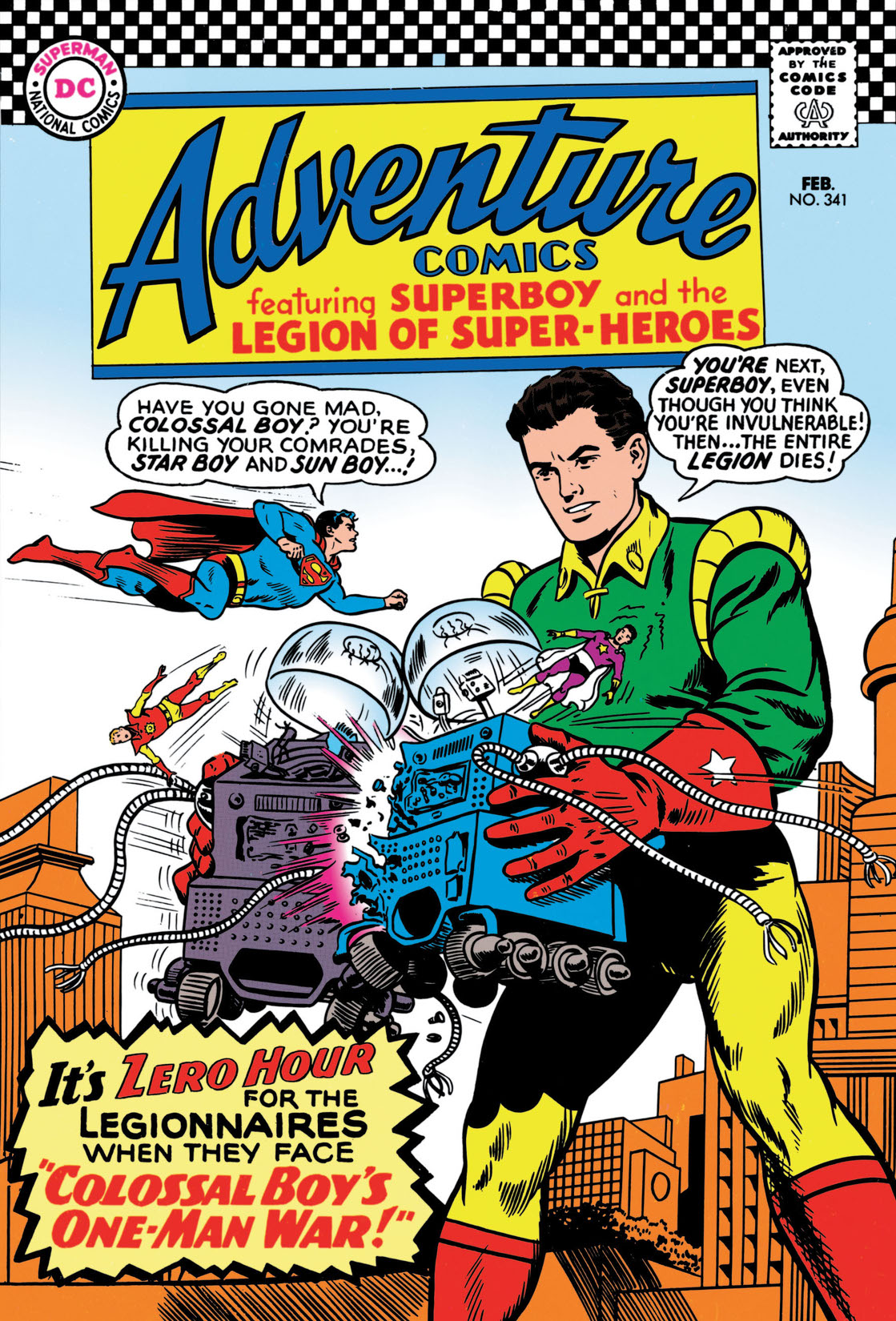 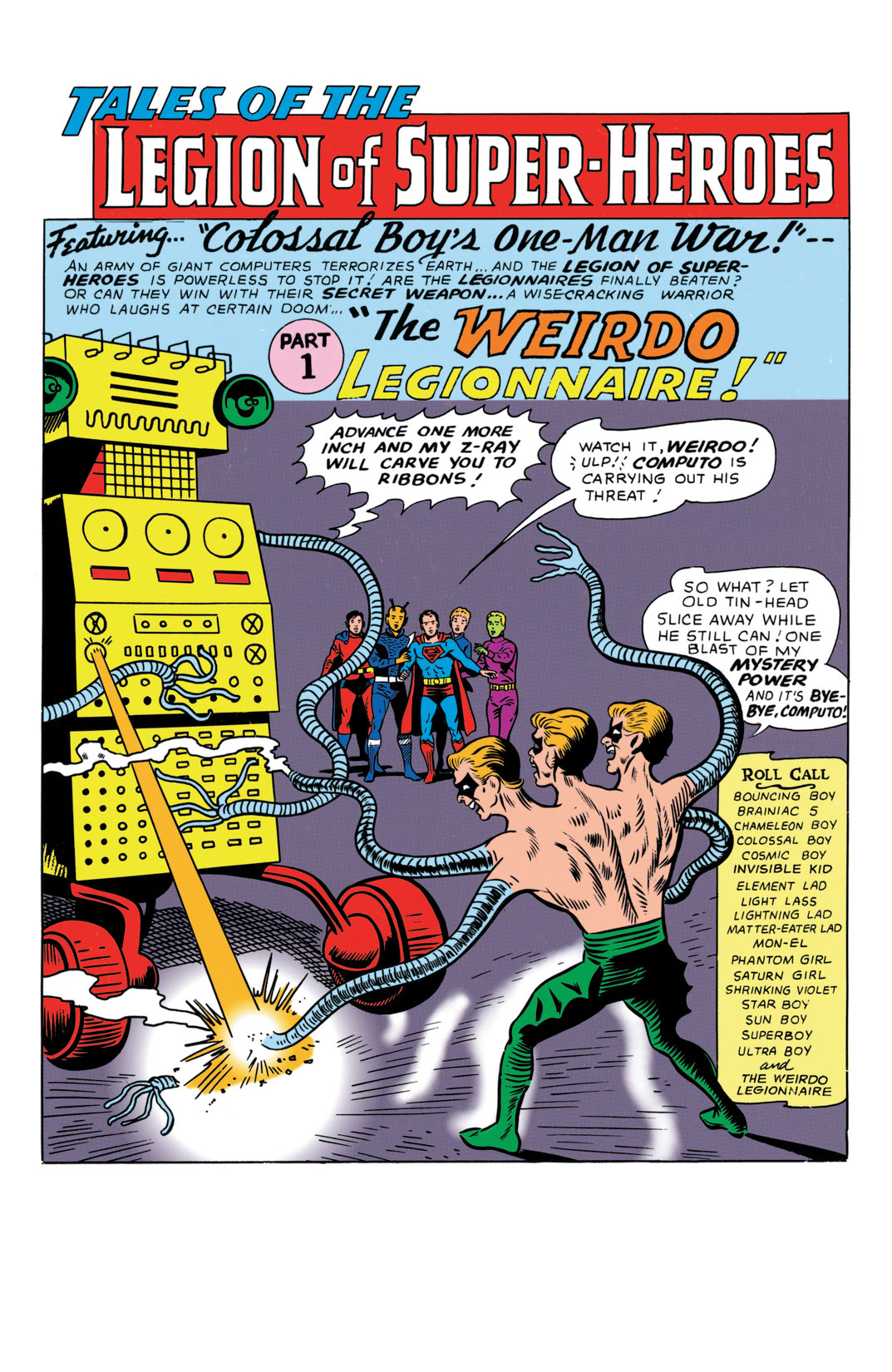 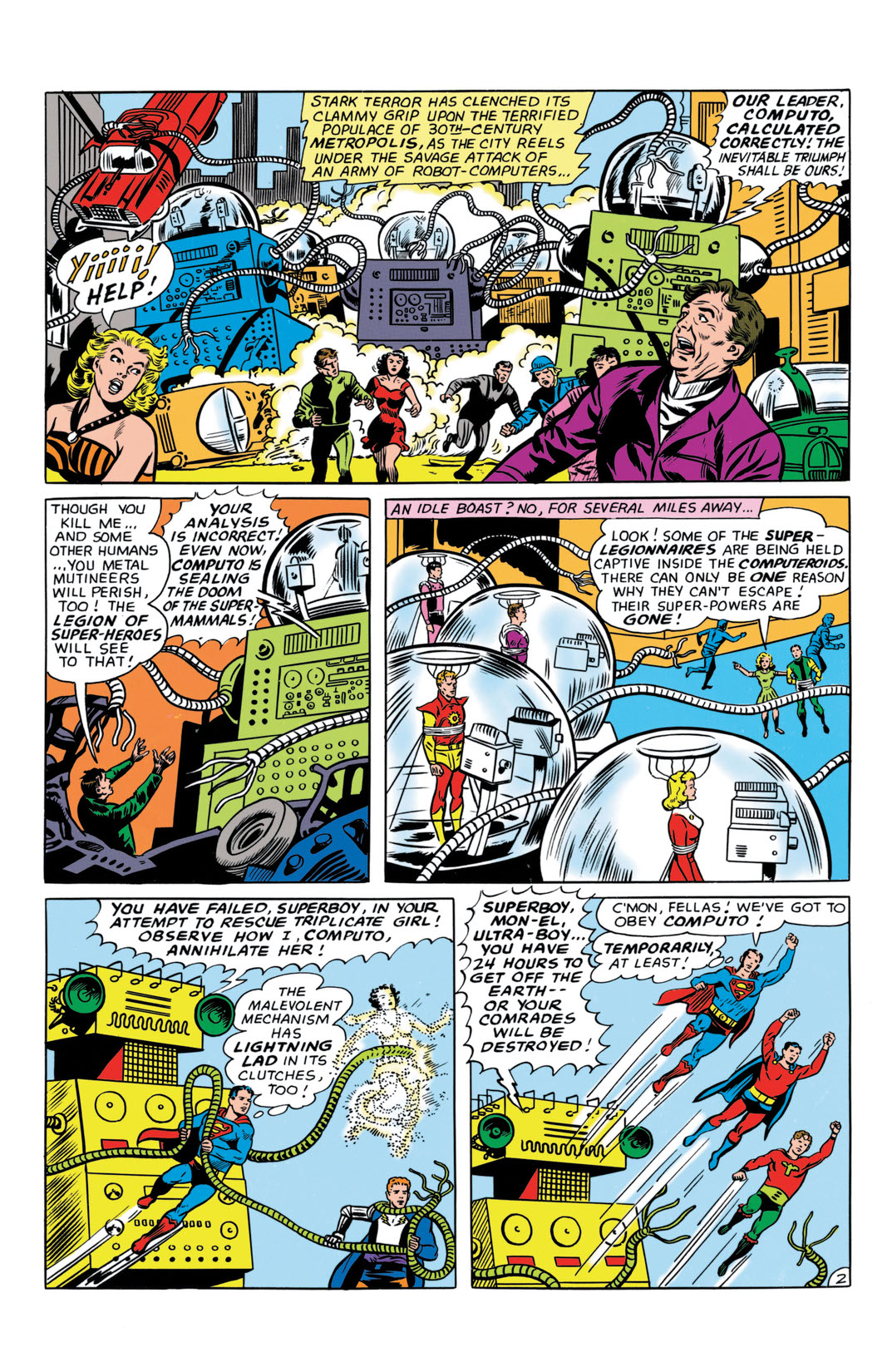 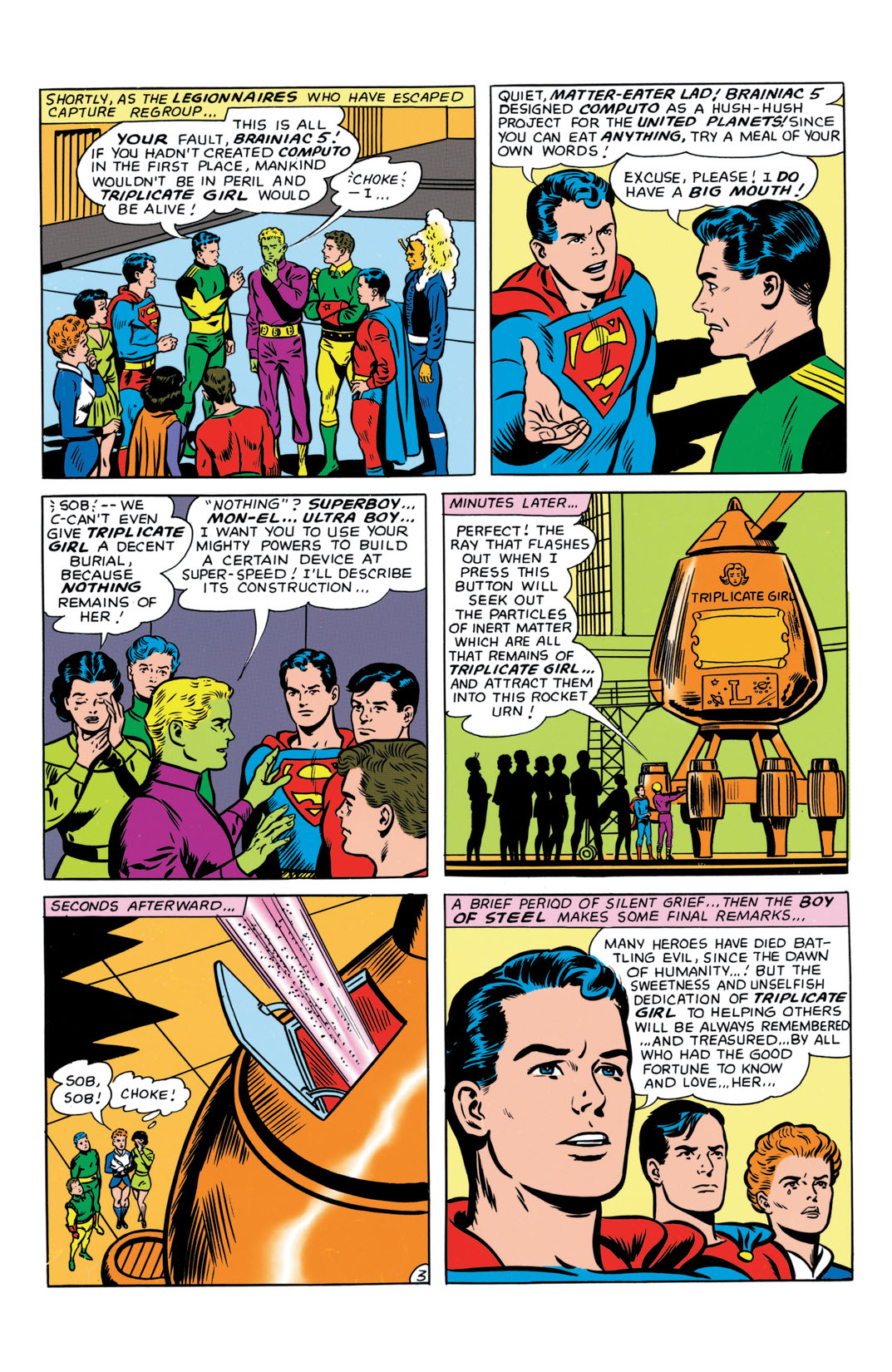 The Legion of Super-Heroes holds a funeral for a friend during a brief reprieve from their battle with Computo. But with half the Legion held hostage, could another funeral be on the horizon? Plus an additional Superboy story! Also contains pages reproduced in black and white.