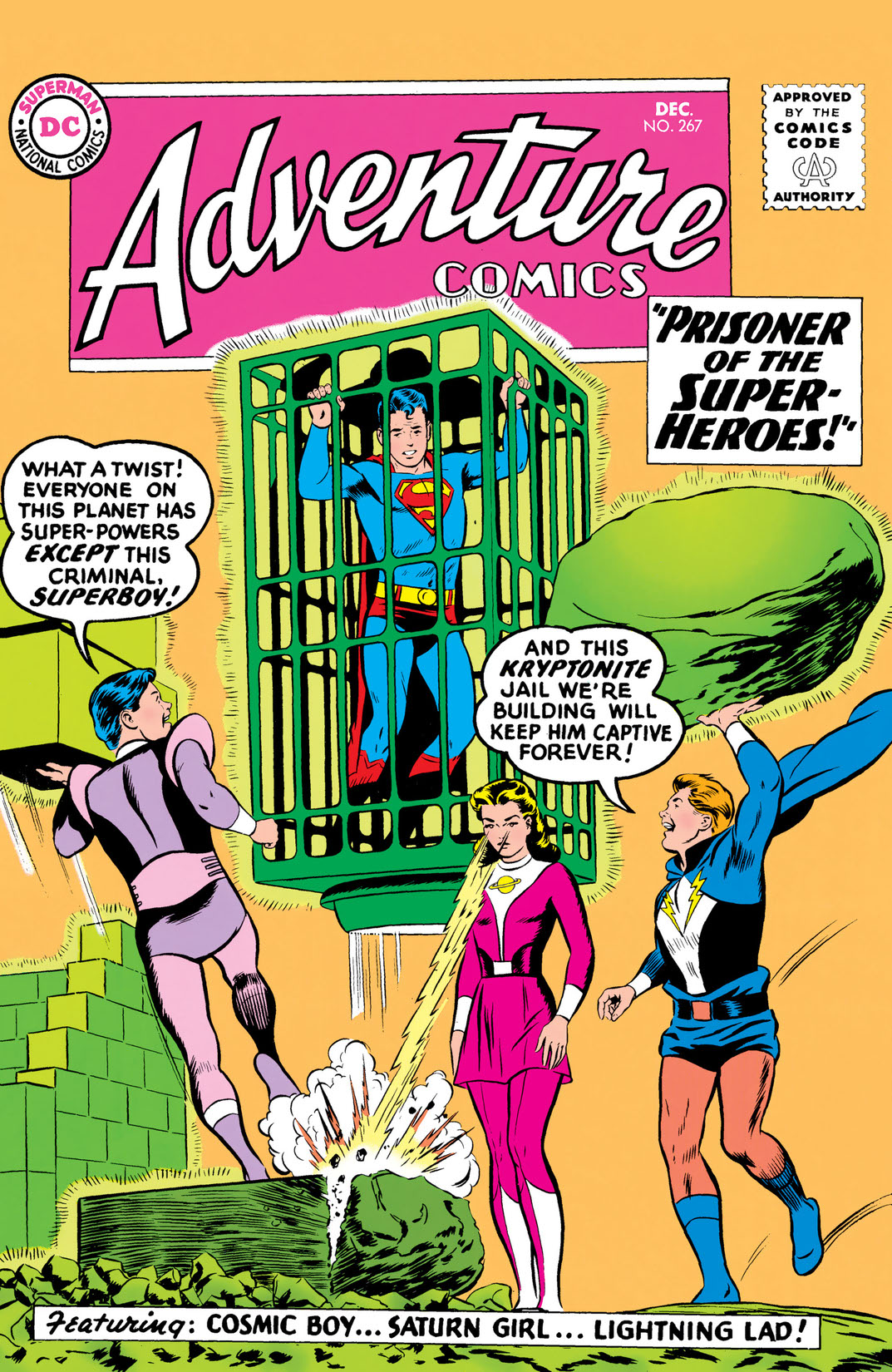 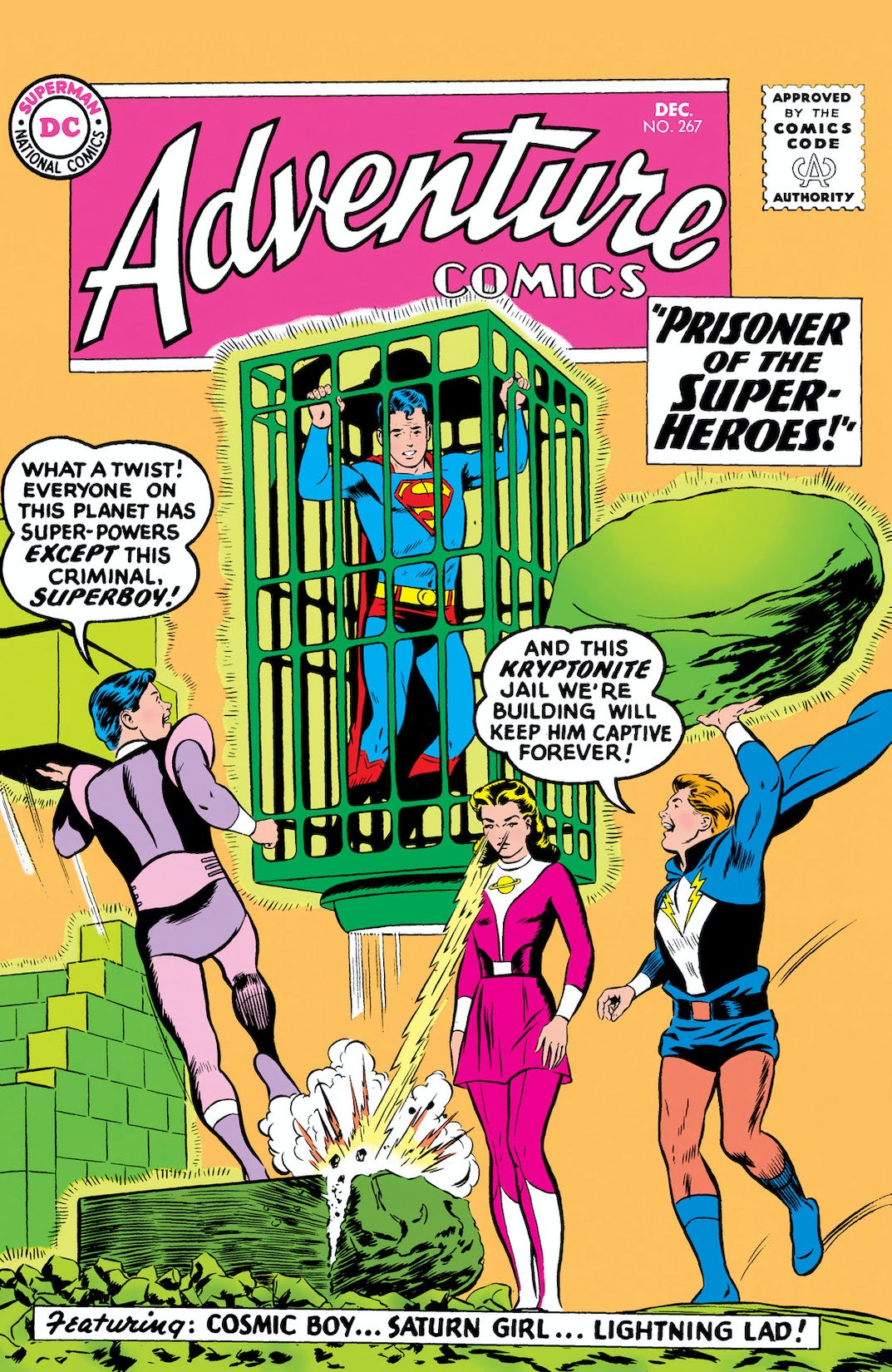 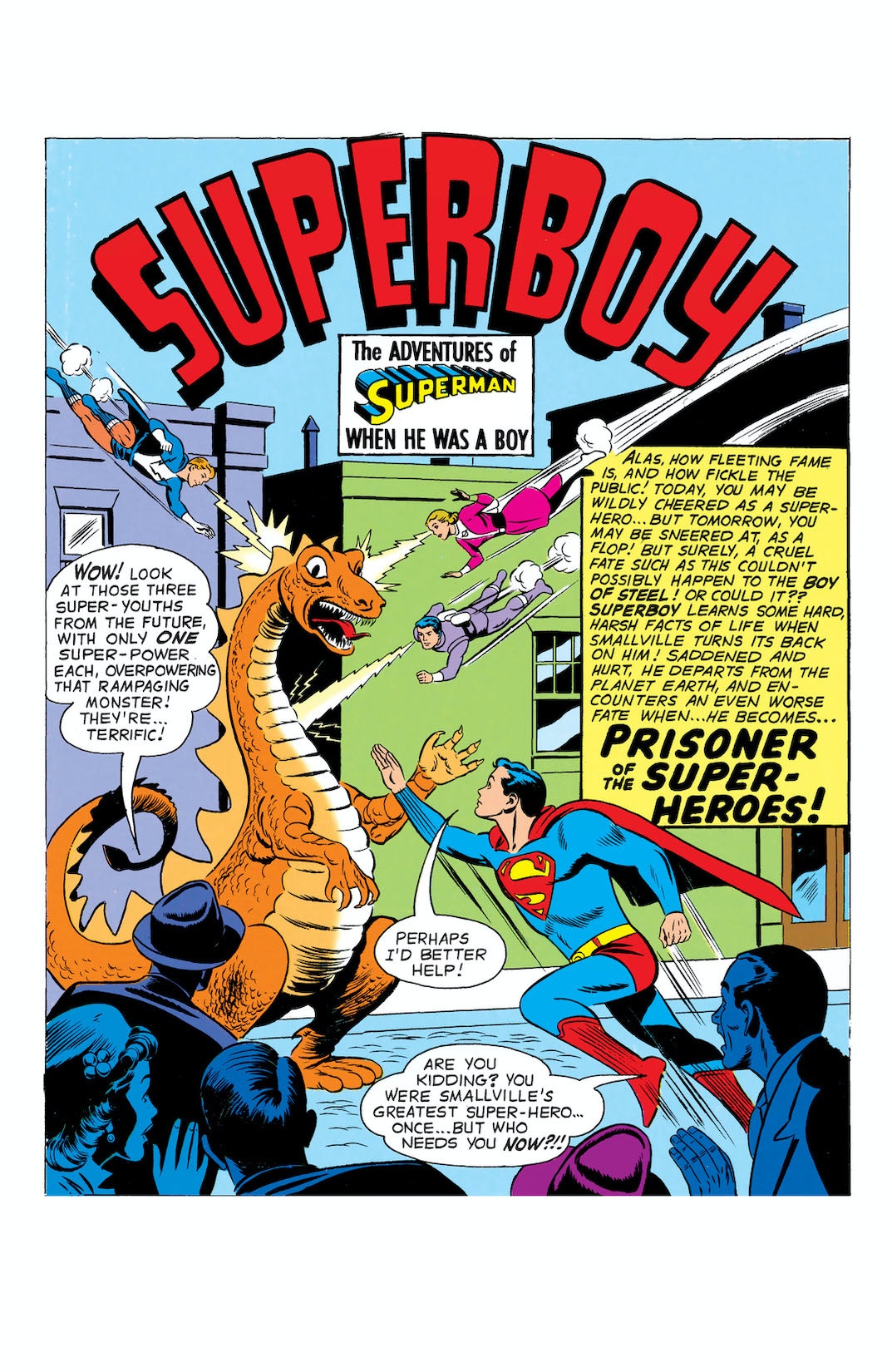 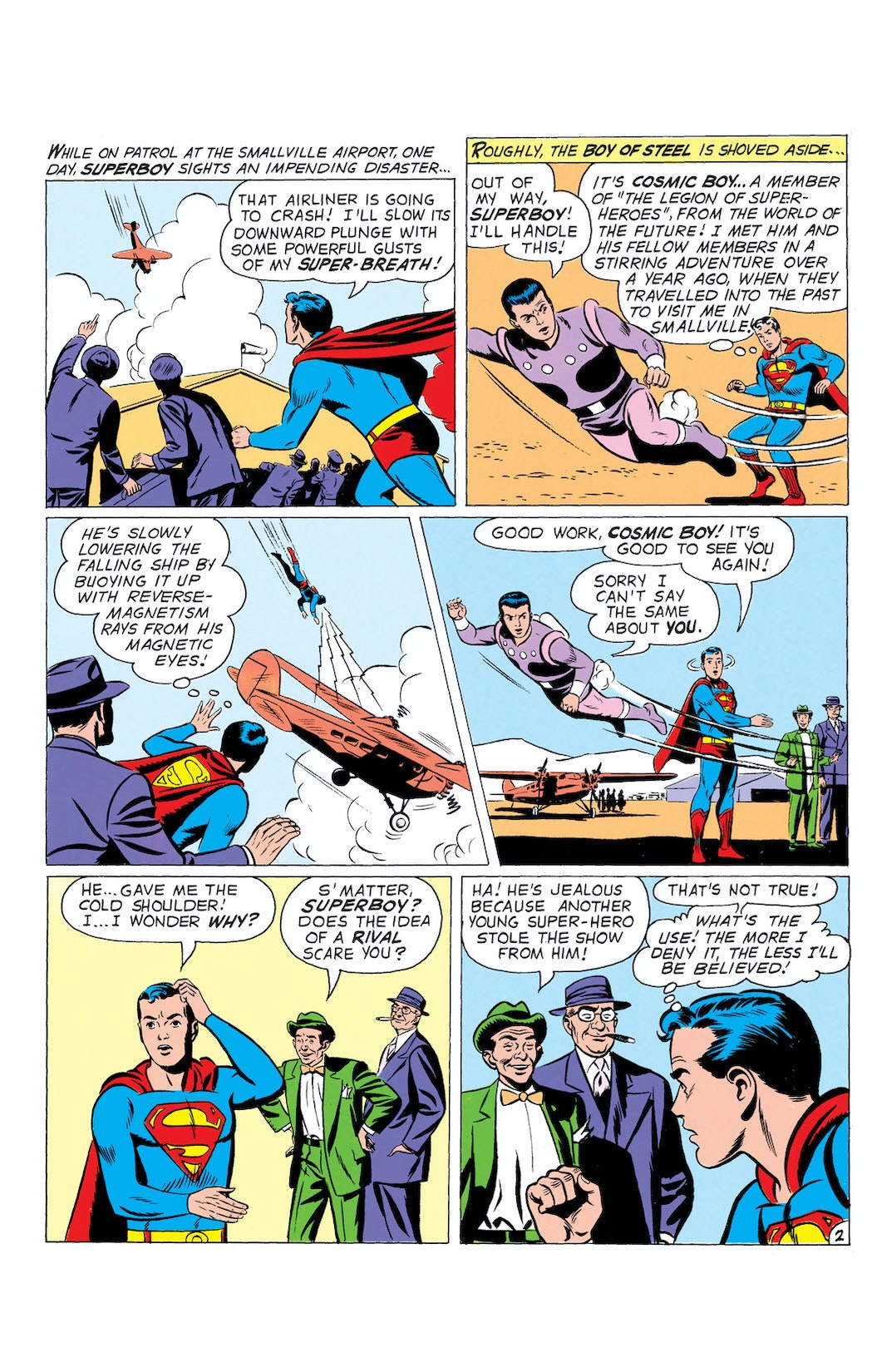 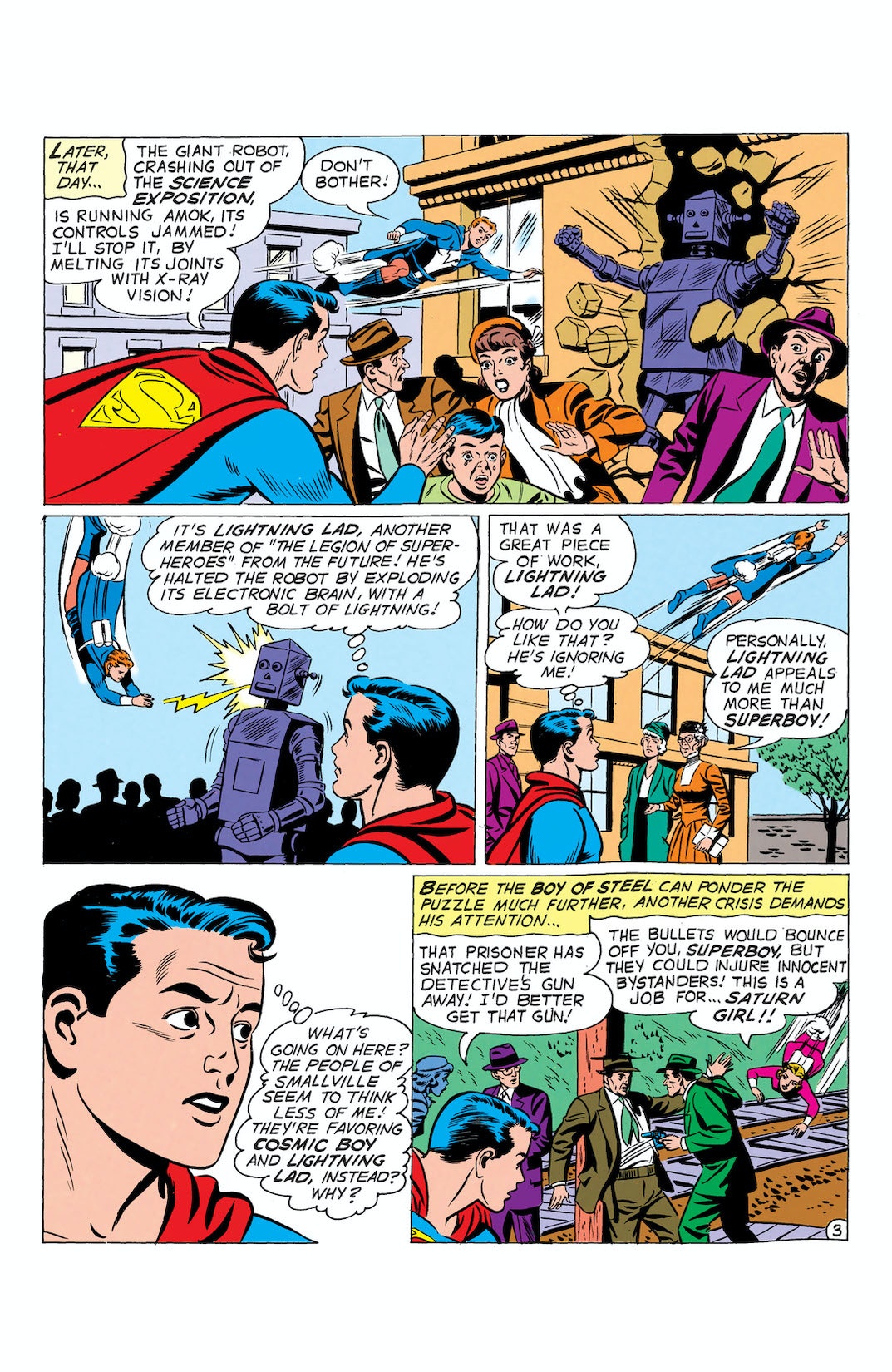 “PRISONER OF THE SUPER-HEROES!” Superboy is shocked that his friends from the Legion of Super-Heroes have appeared in 20th-century Smallville and are doing their best to upstage and beat Superboy in saving the day, solving crimes and stopping menaces! Plus, Aquaman in “THE MANHUNT ON LAND!” and Green Arrow in “THE UNDERWATER ARCHERS!”