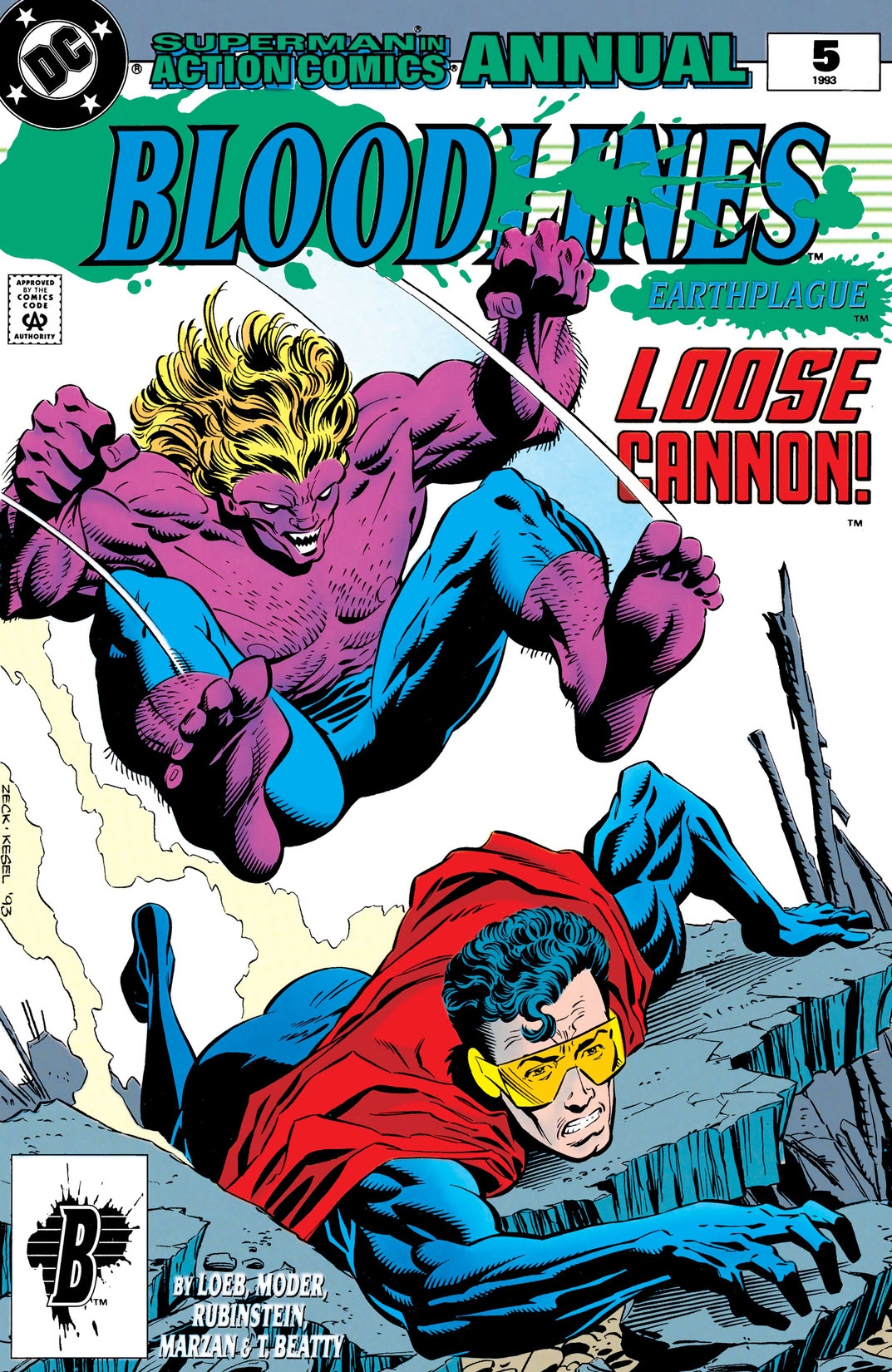 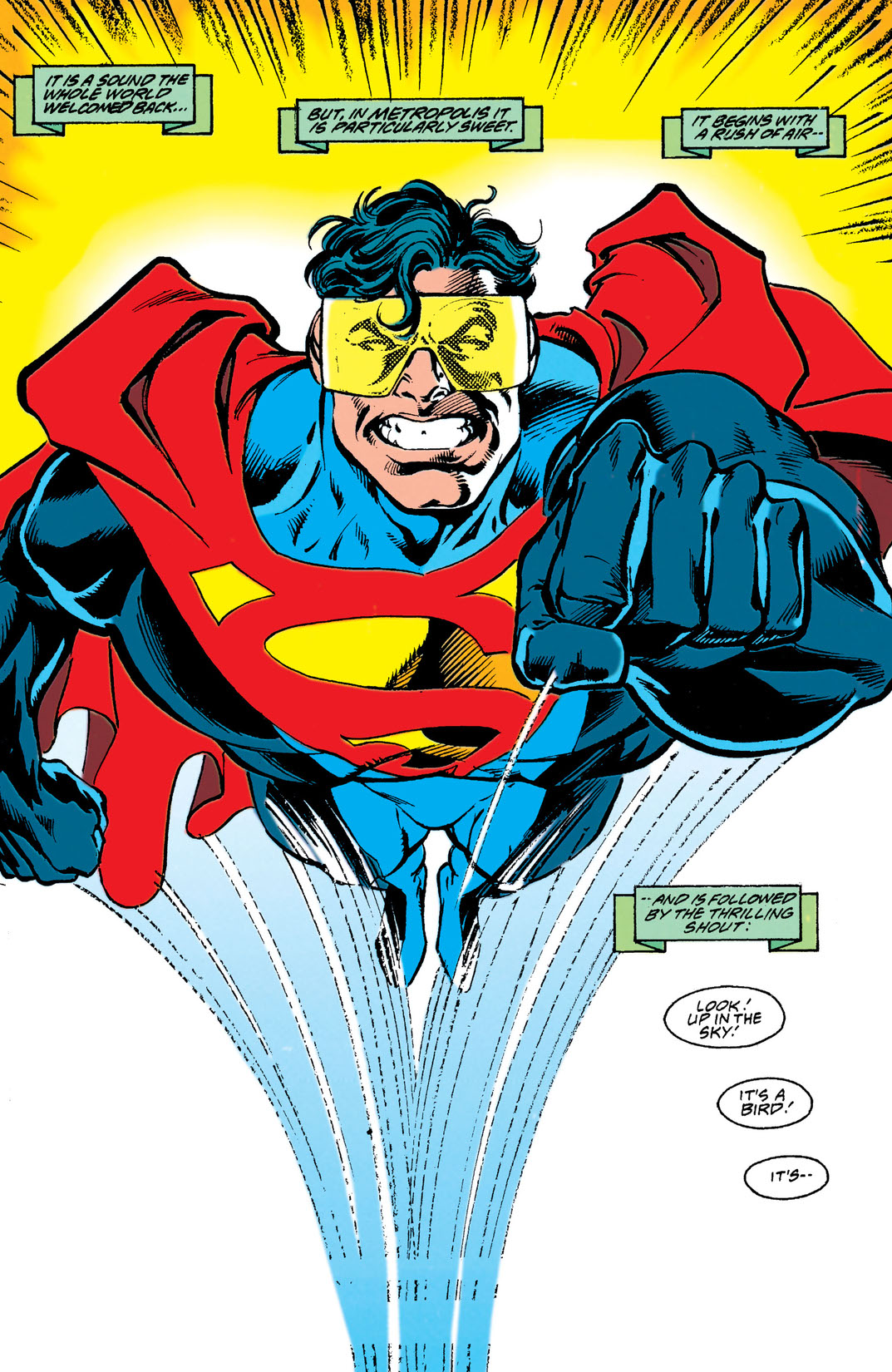 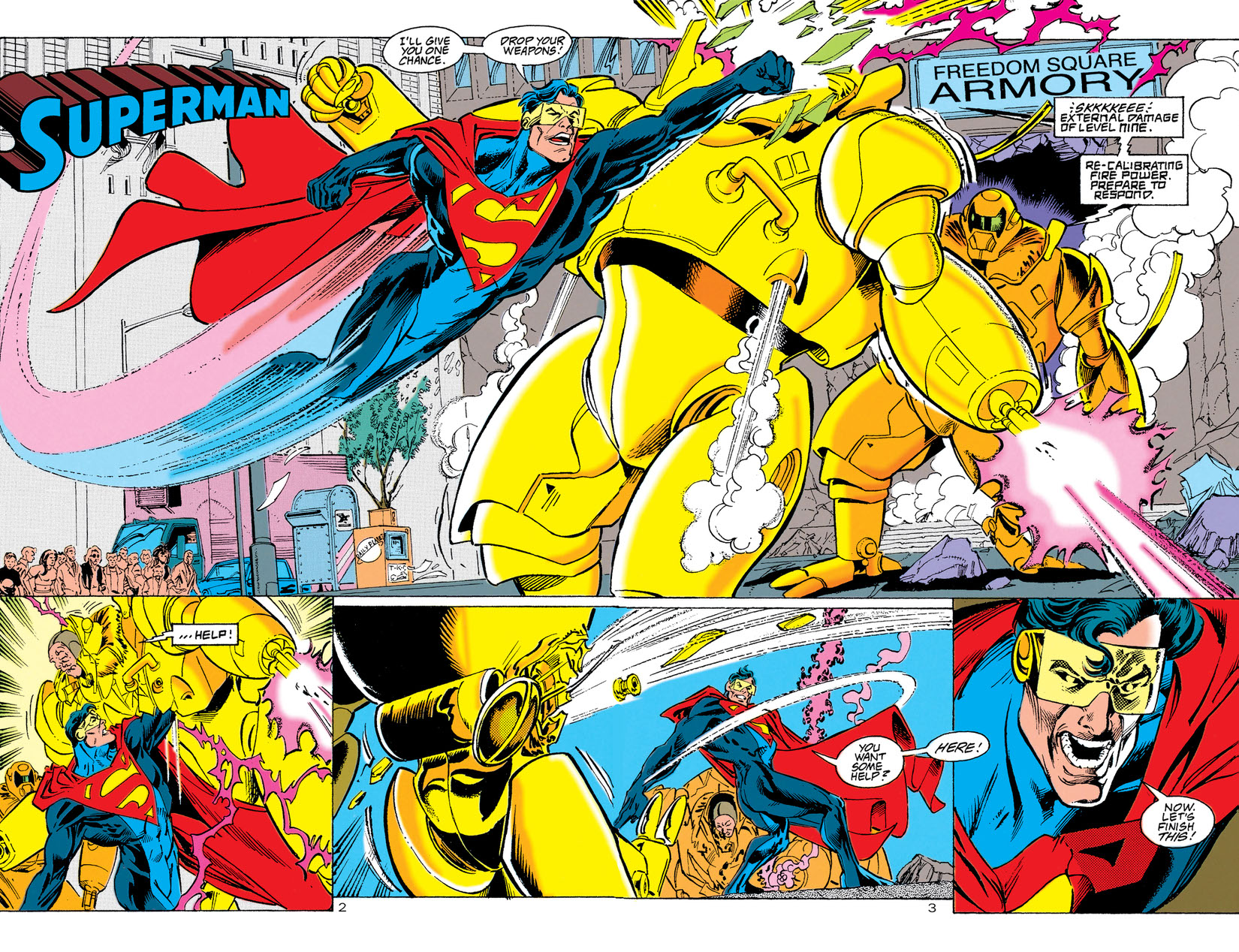 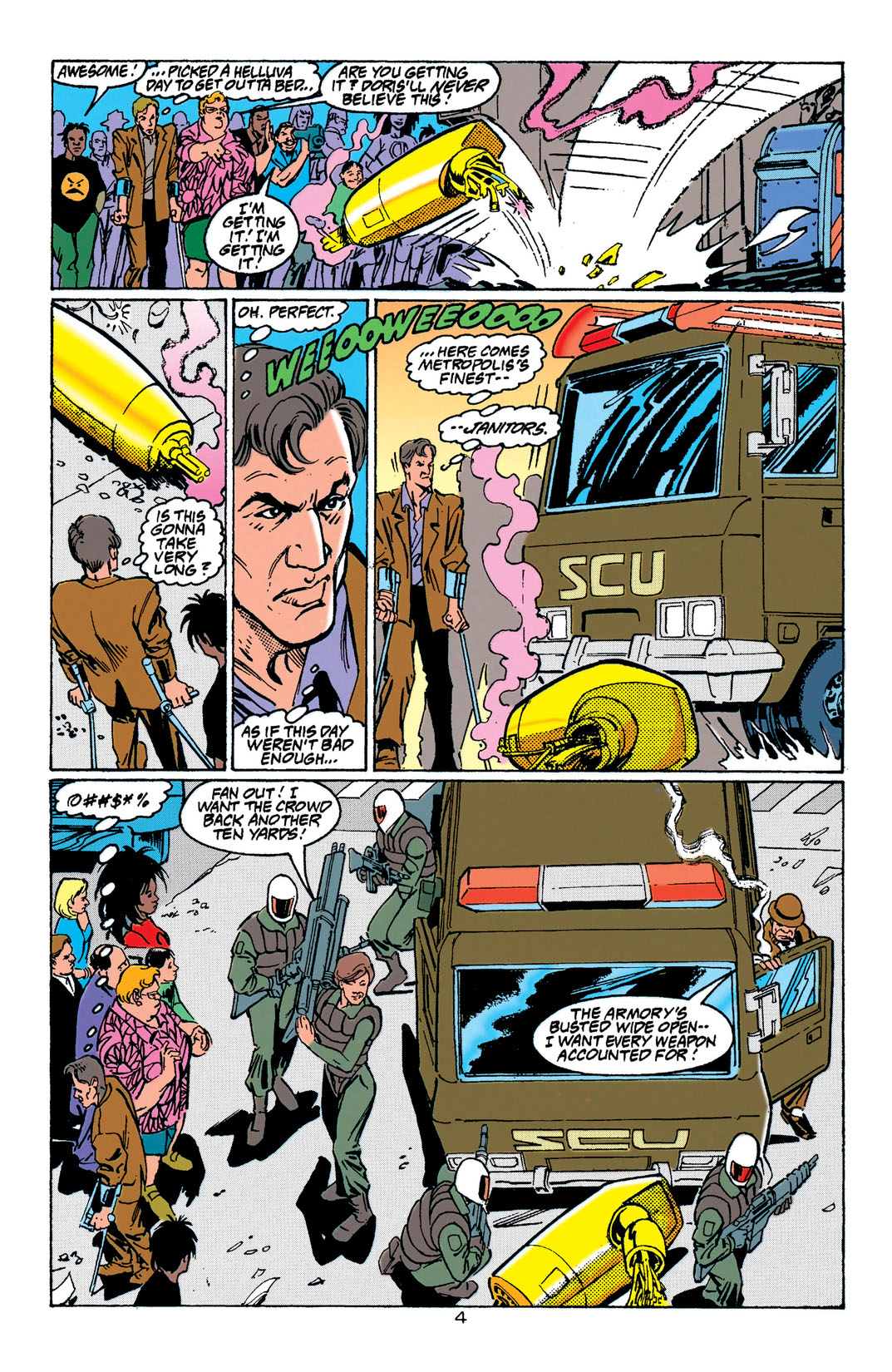 The BLOODLINES Summer Annual crossover continues from ROBIN (1993-2009) Annual #2. Fate steps in as a man about to take his own life is attacked by the extraterrestrial parasites, and he gains new life as Loose Cannon, a bad attitude on two legs! It's up to the Man of Steel to cure Cannon's deadly mood swings and use his unbalanced ally's power to help in the battle against the deadly aliens. Continues in LEGION OF SUPER-HEROES (1989) Annual #4.