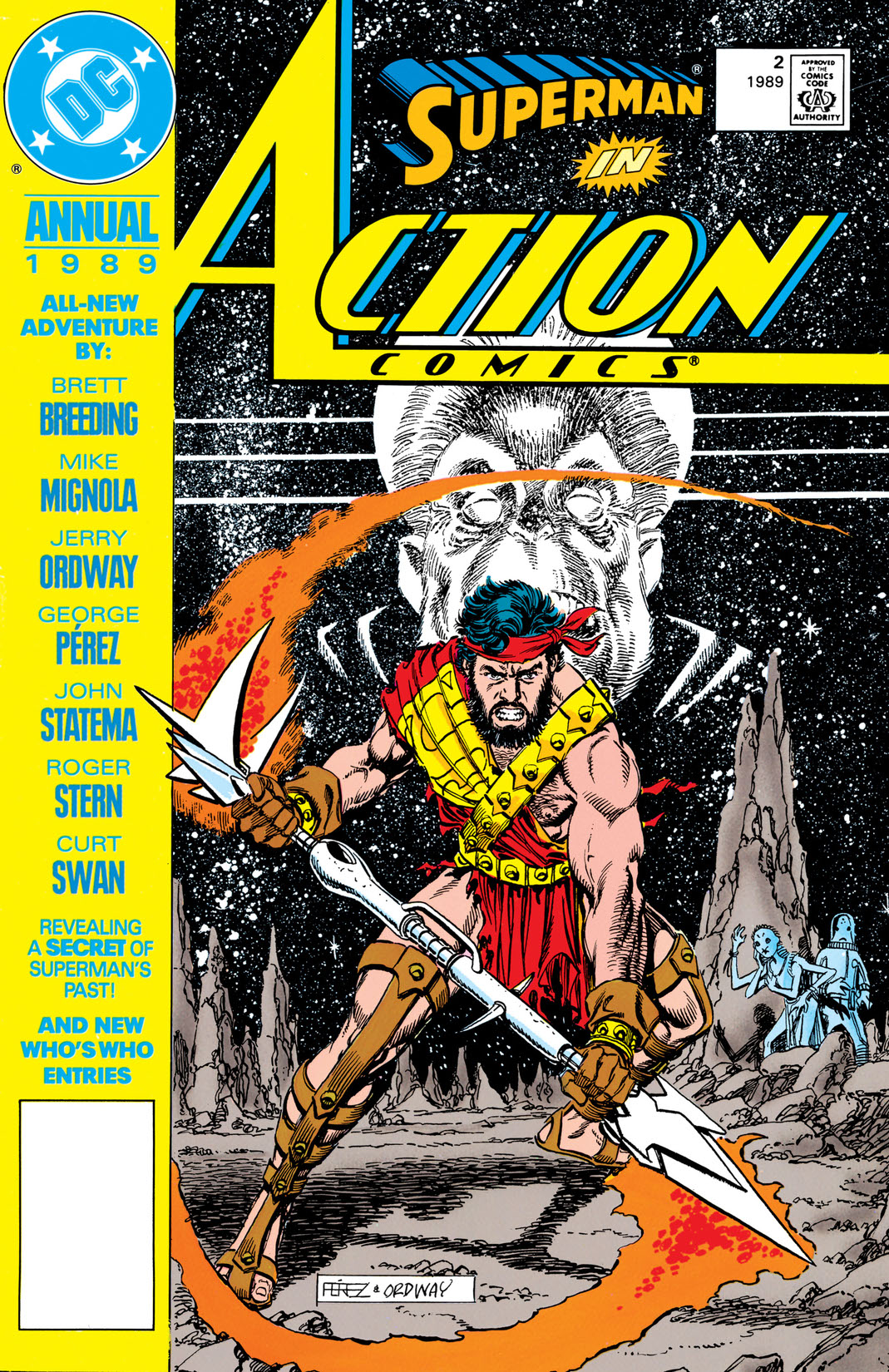 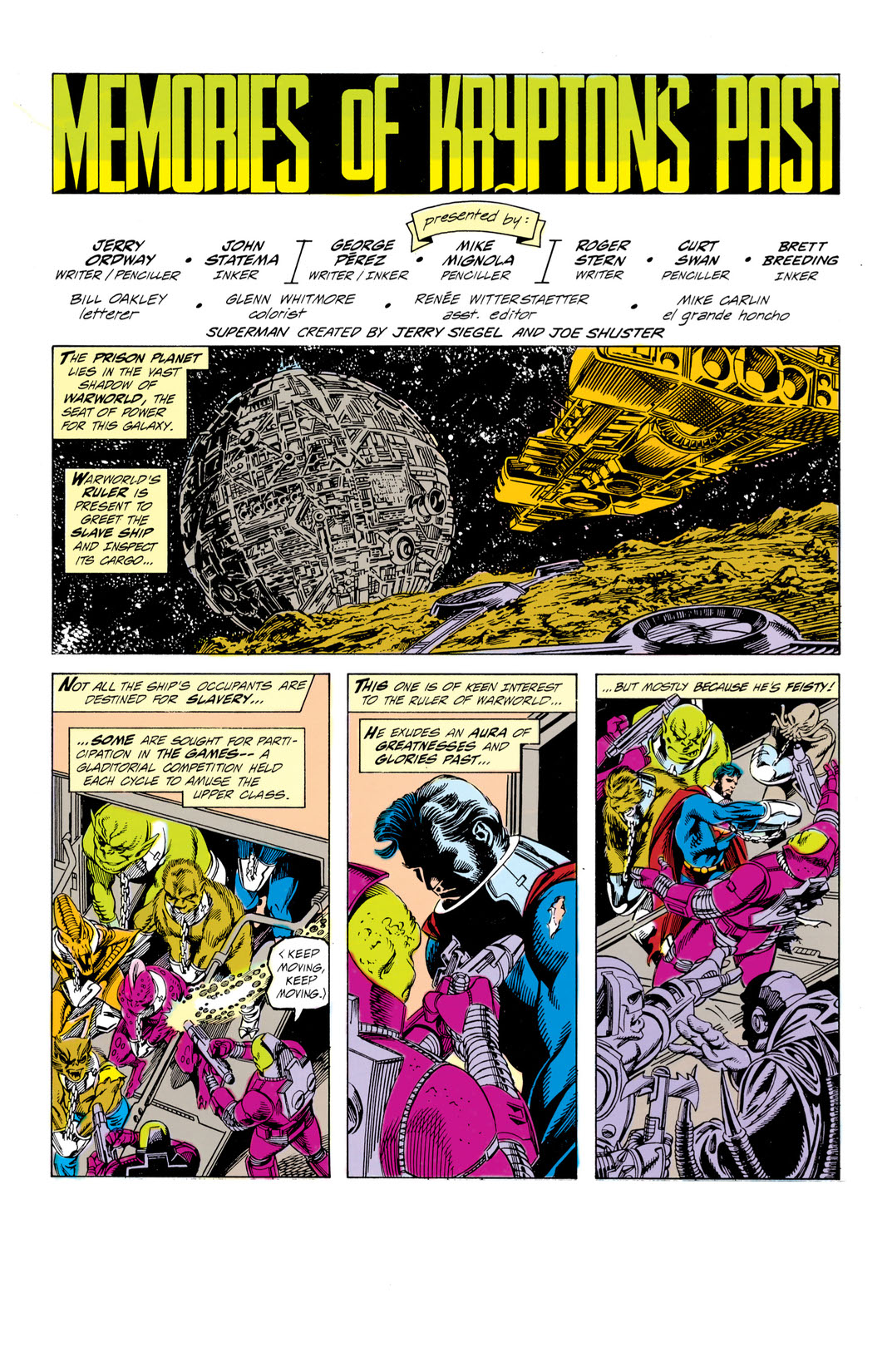 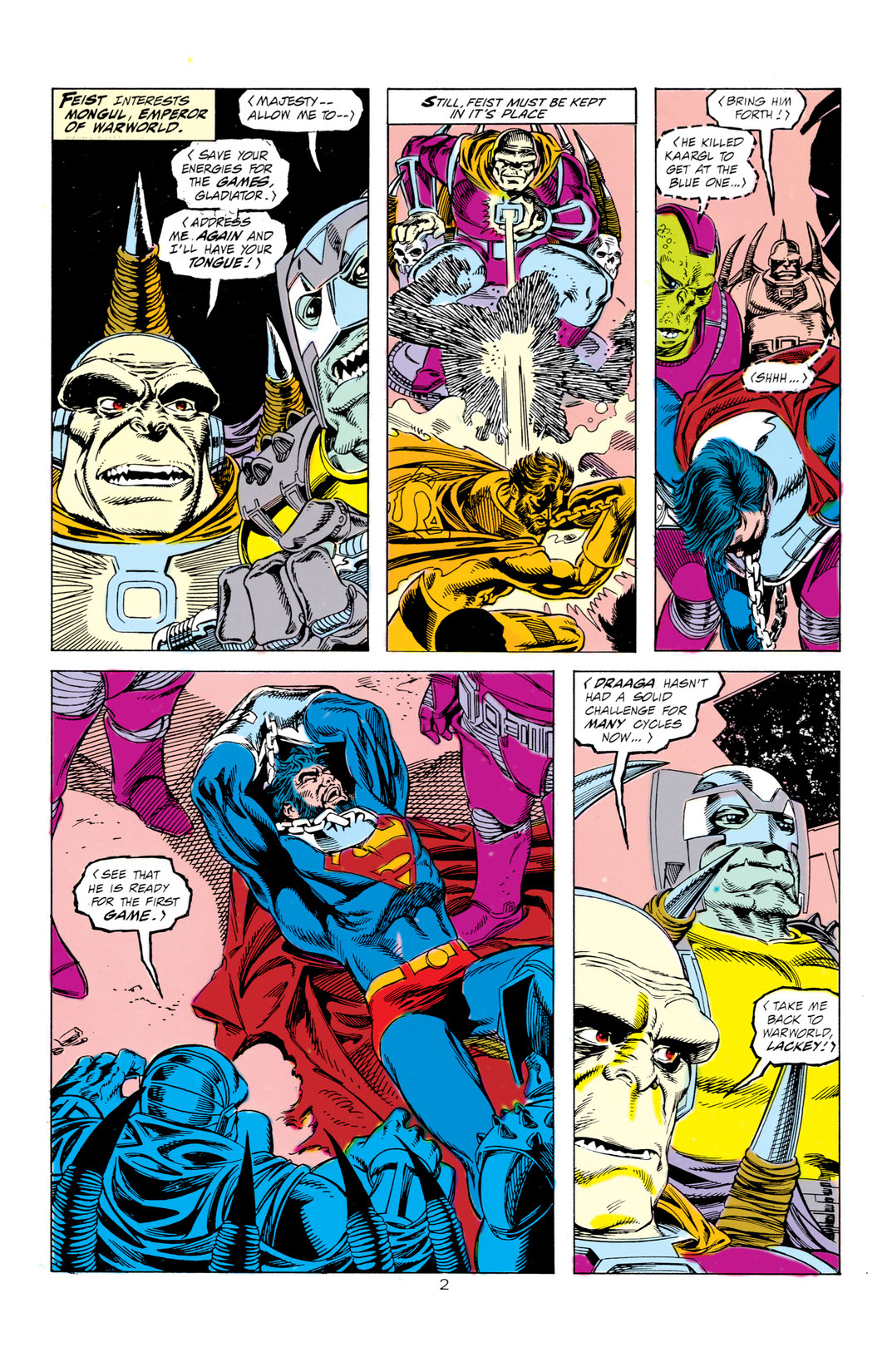 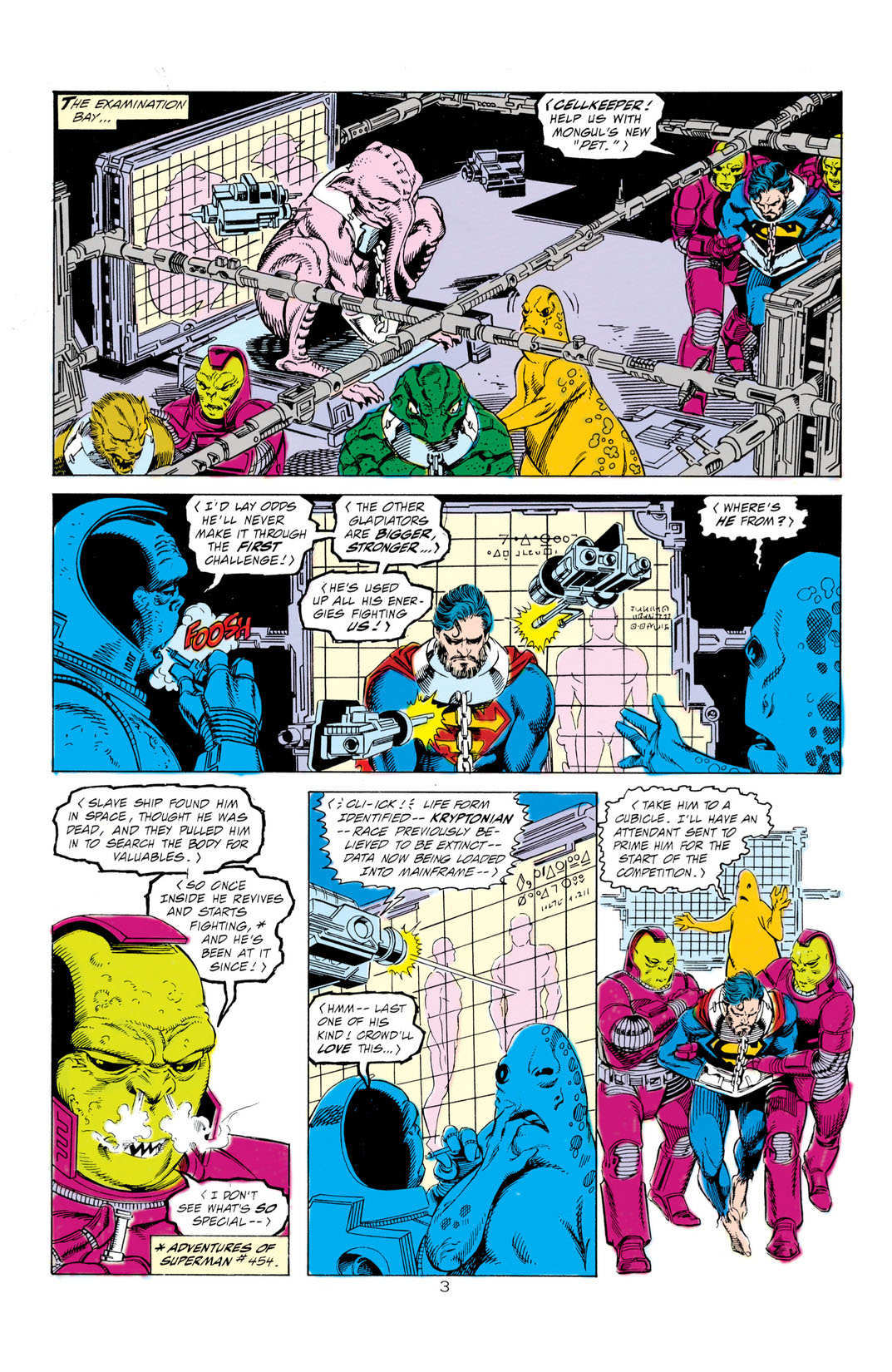 Superman in Exile' part 9, continued from ADVENTURES OF SUPERMAN (1986-2006) #454. Superman has been captured by slavers and sold as a gladiator to Warworld for the amusement of its leader, Mongul. But when he's forced to fight in the gladiatorial games, he refuses to kill his competitors! Continued in Superman (1987-2006) #32.