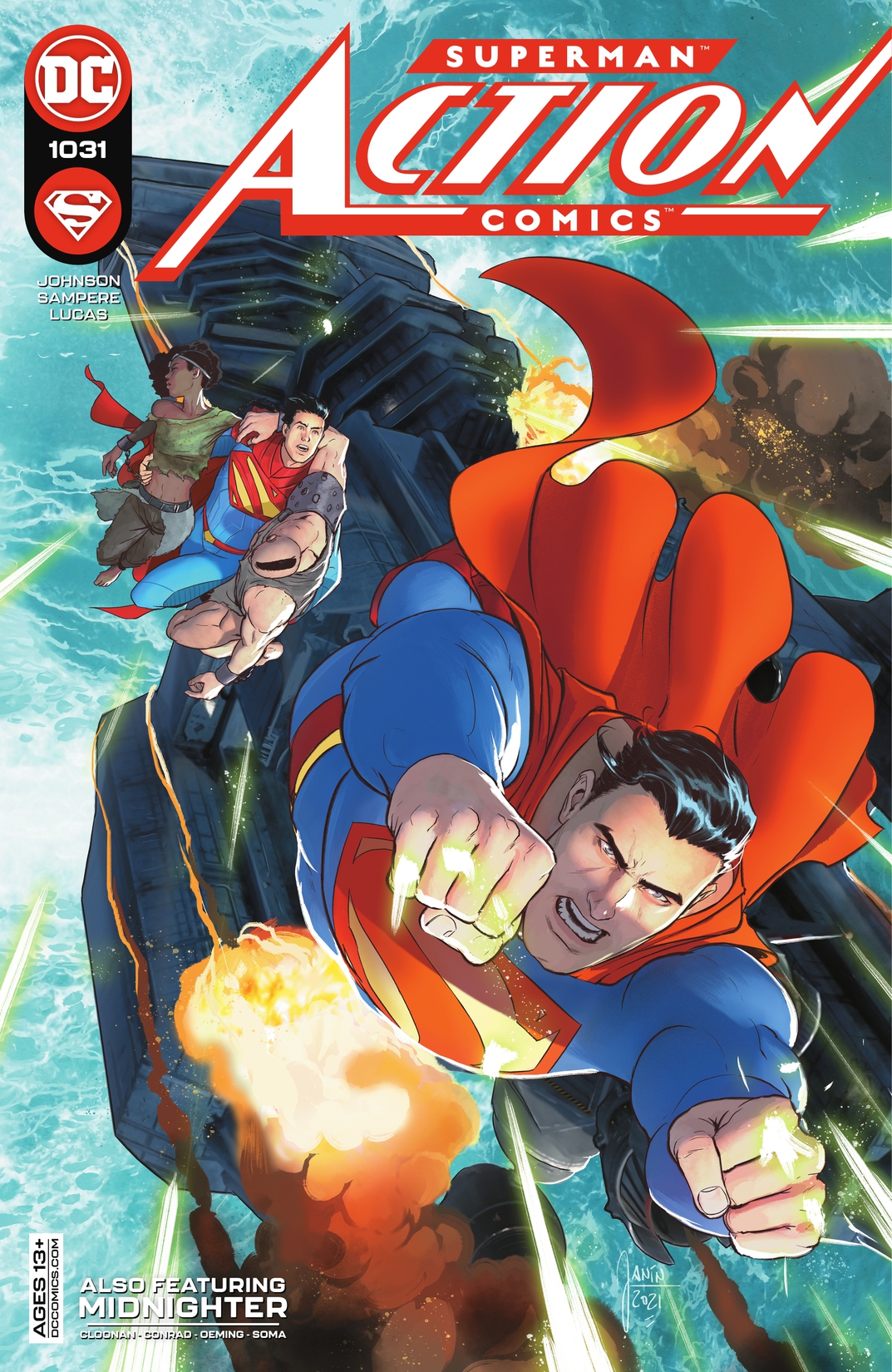 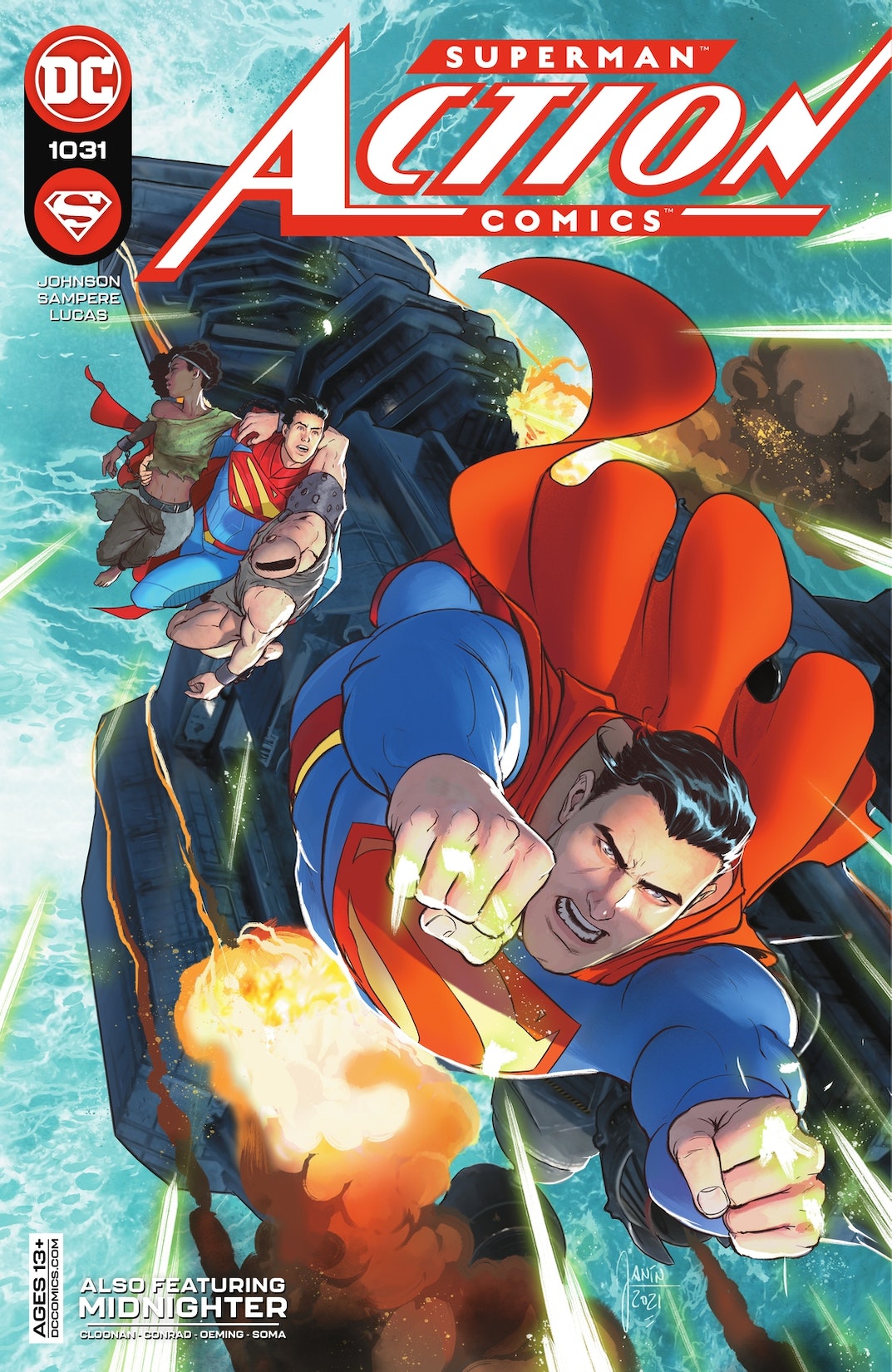 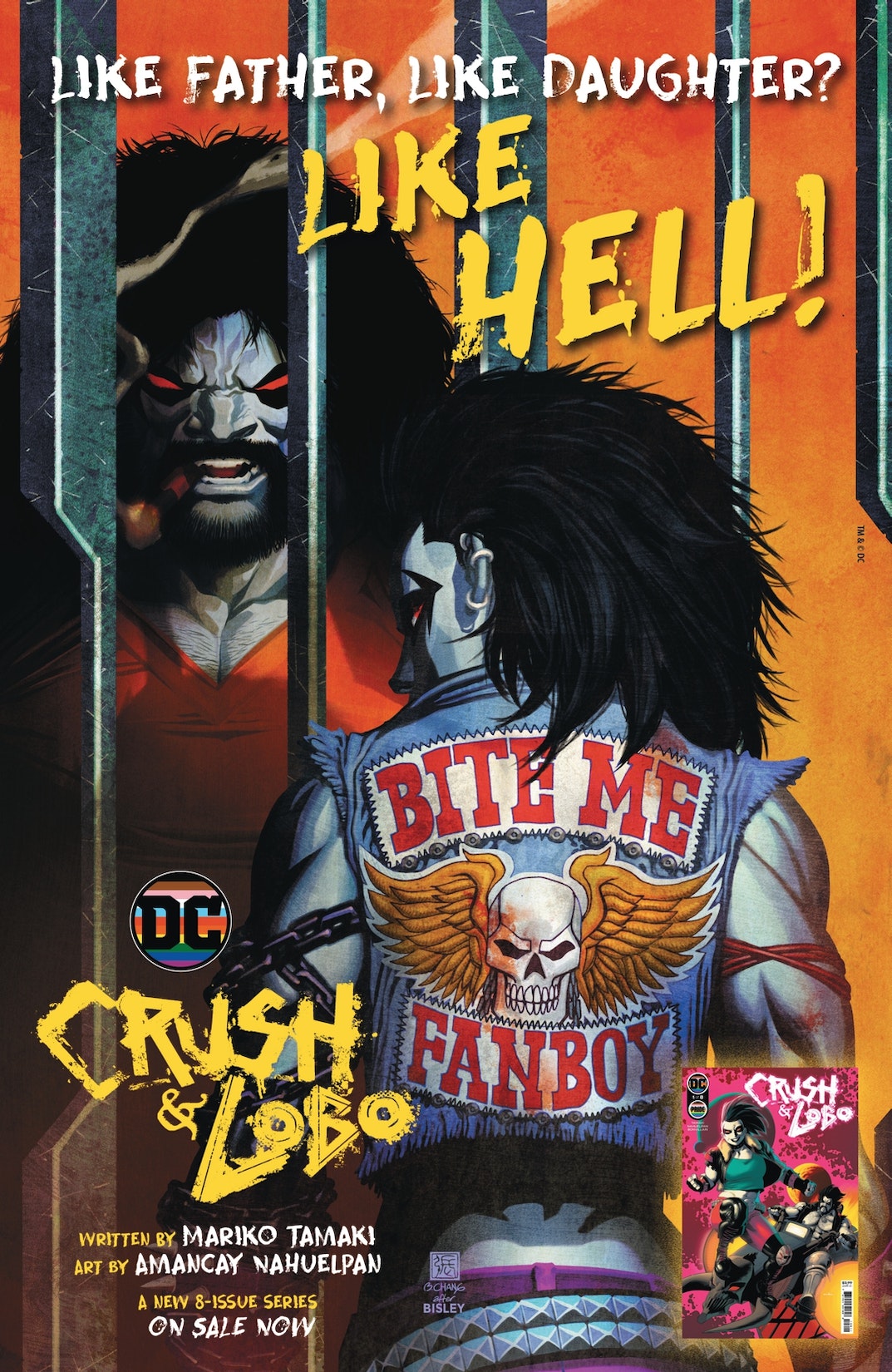 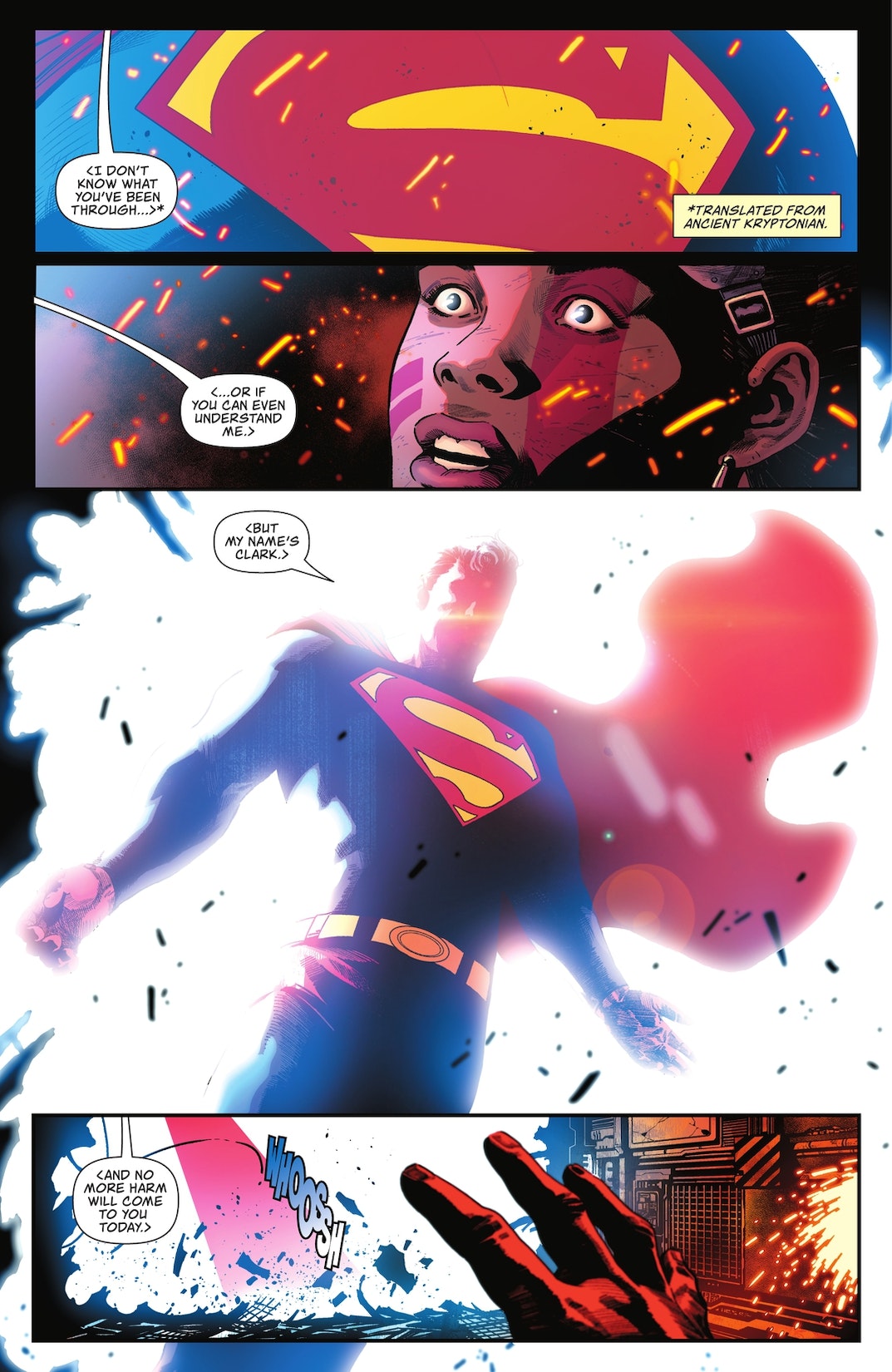 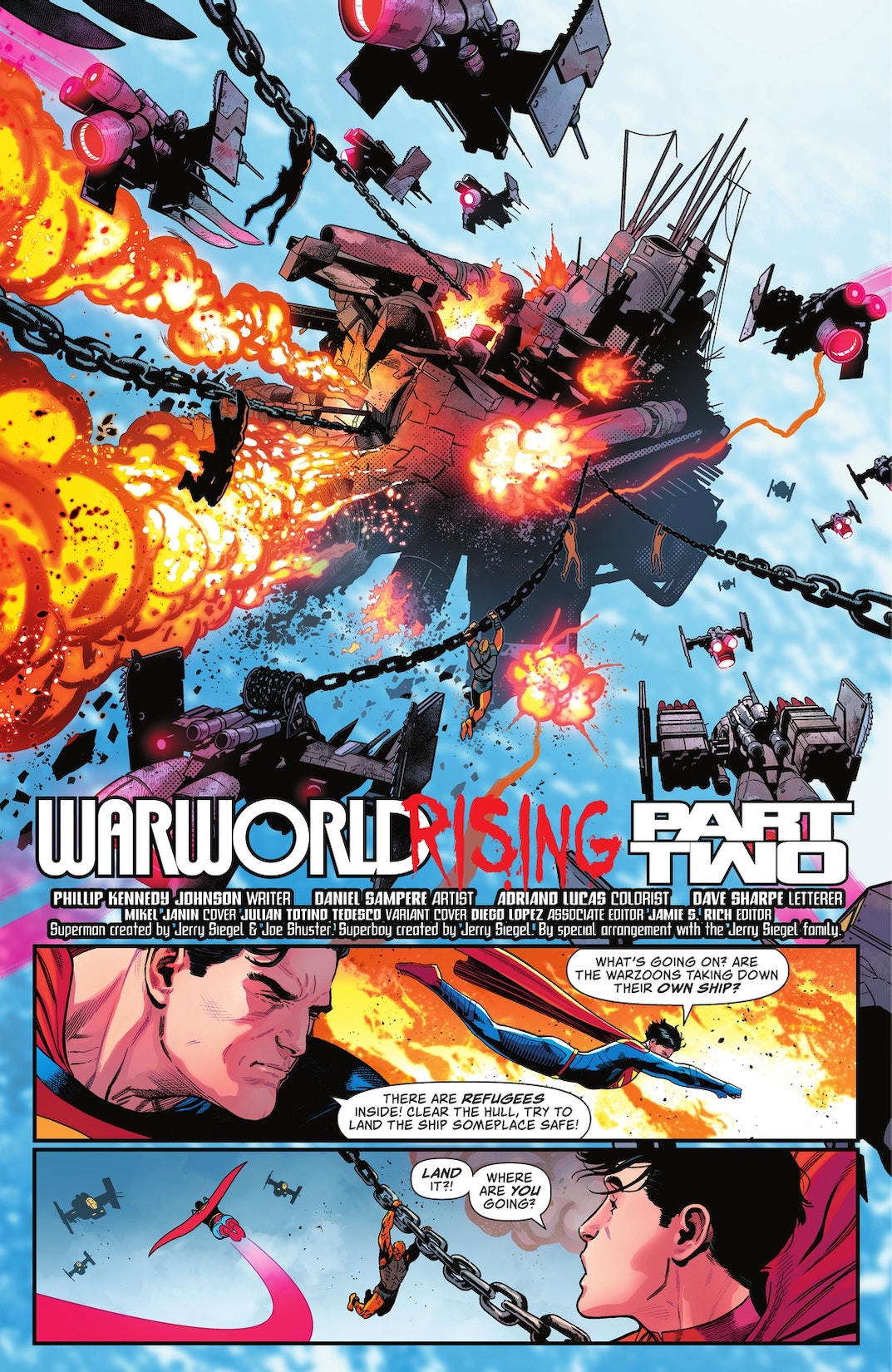 “Warworld Rising” part two! After a war-torn battleship escapes Warworld and makes the perilous journey to Earth, Superman searches for answers about the identities of its mysterious refugees and their apparent link to the planet Krypton. Could there be other Kryptonians in the universe? Meanwhile, Atlantean scientists study the wreckage of the Warworld vessel…and make a shocking discovery that could change the balance of power on Earth. And in the backup story, stuck in the wrong timeline, Midnighter continues to gather intel on the Chrysalis in hopes of finding an answer. But will it cost him his relationship with Apollo? And who is being held captive at Trojan Solutions?