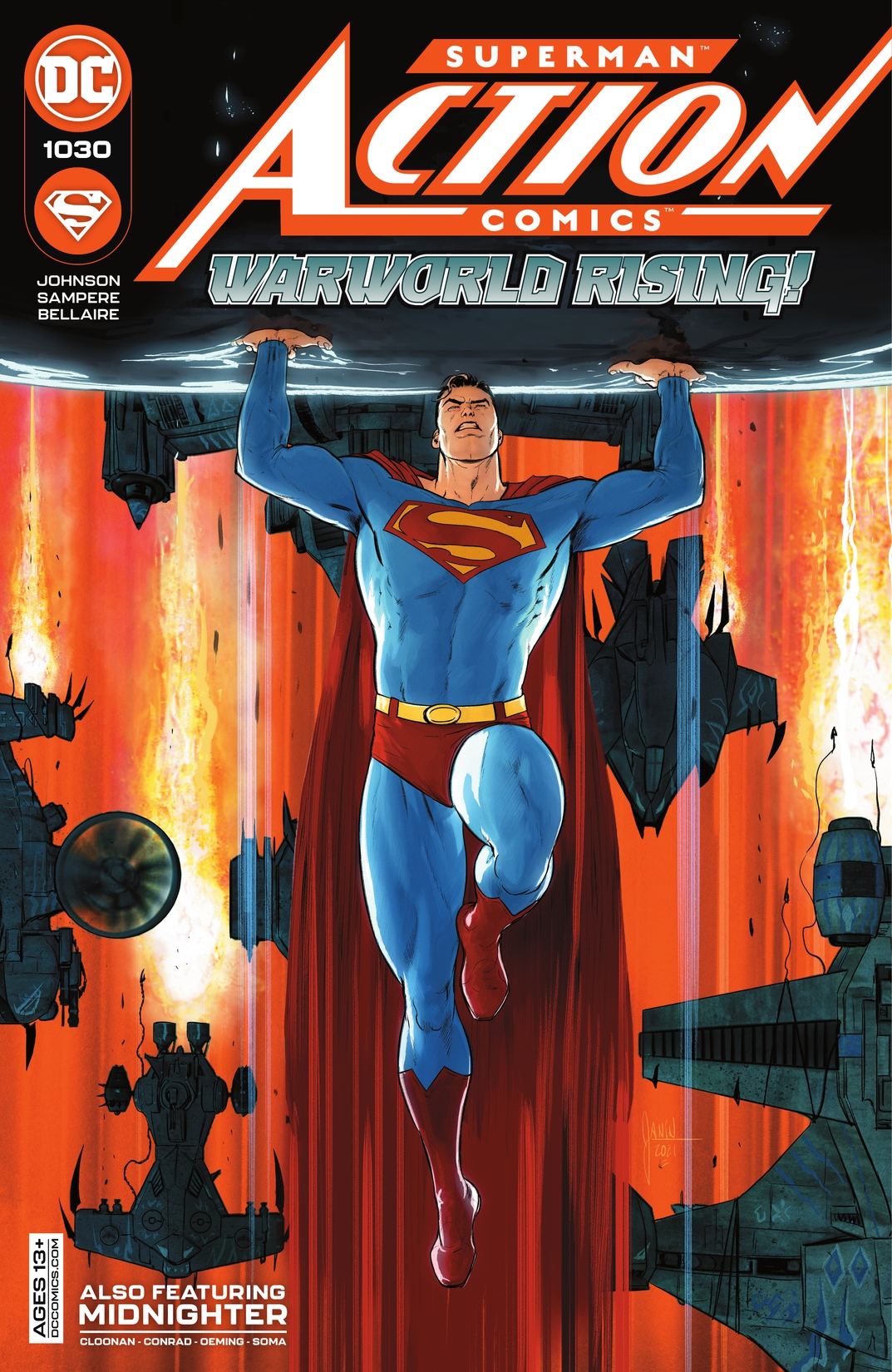 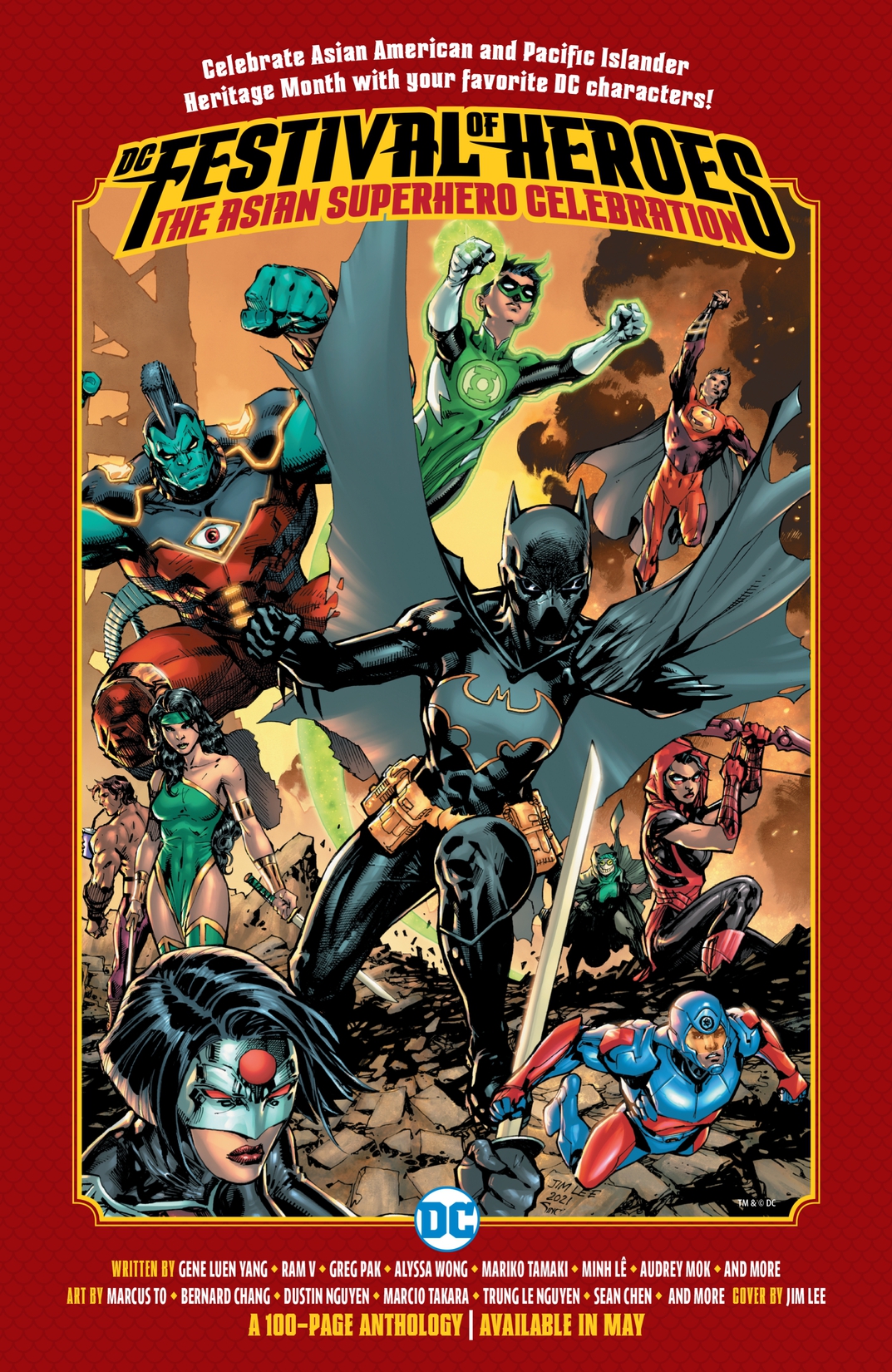 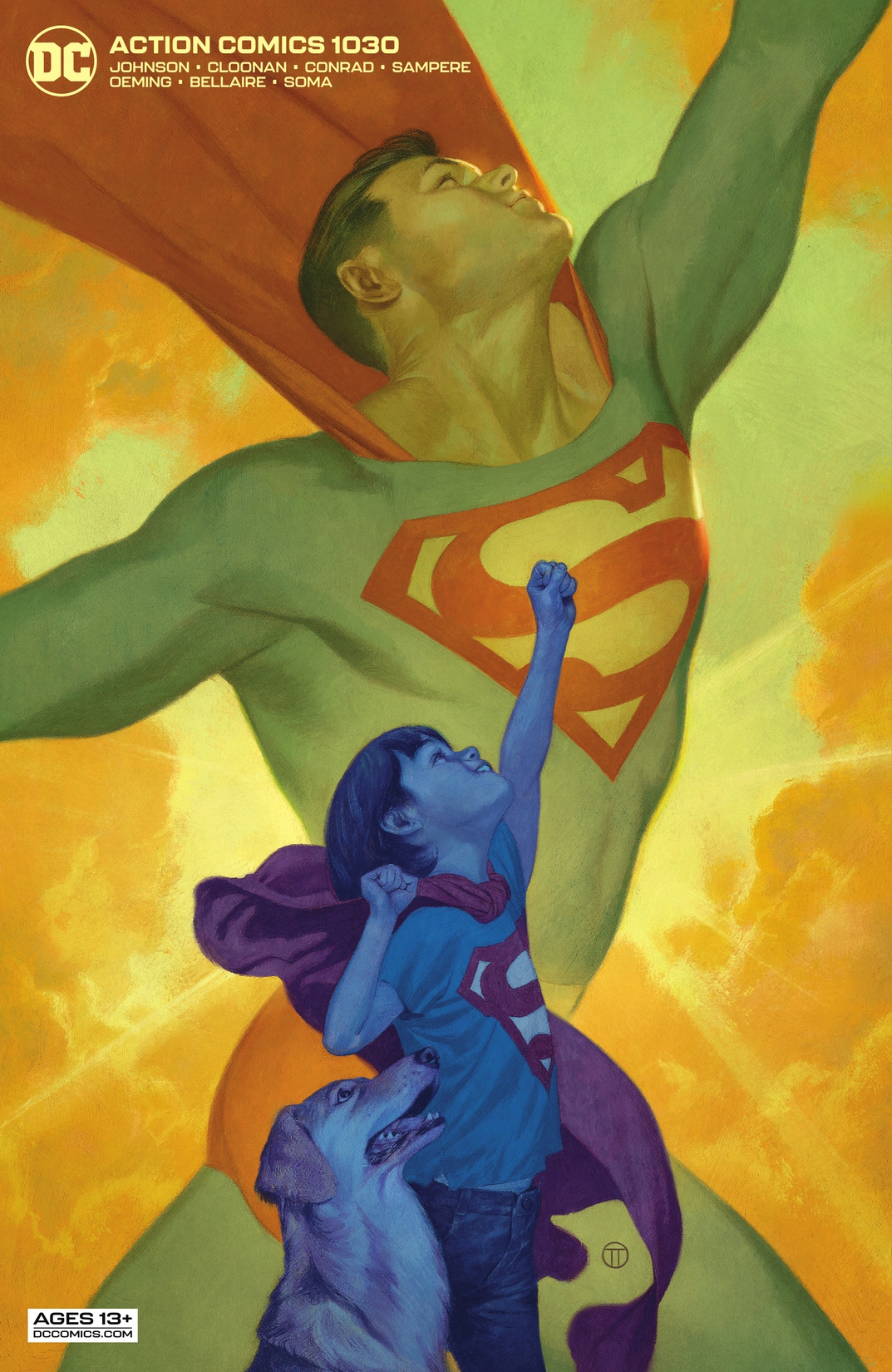 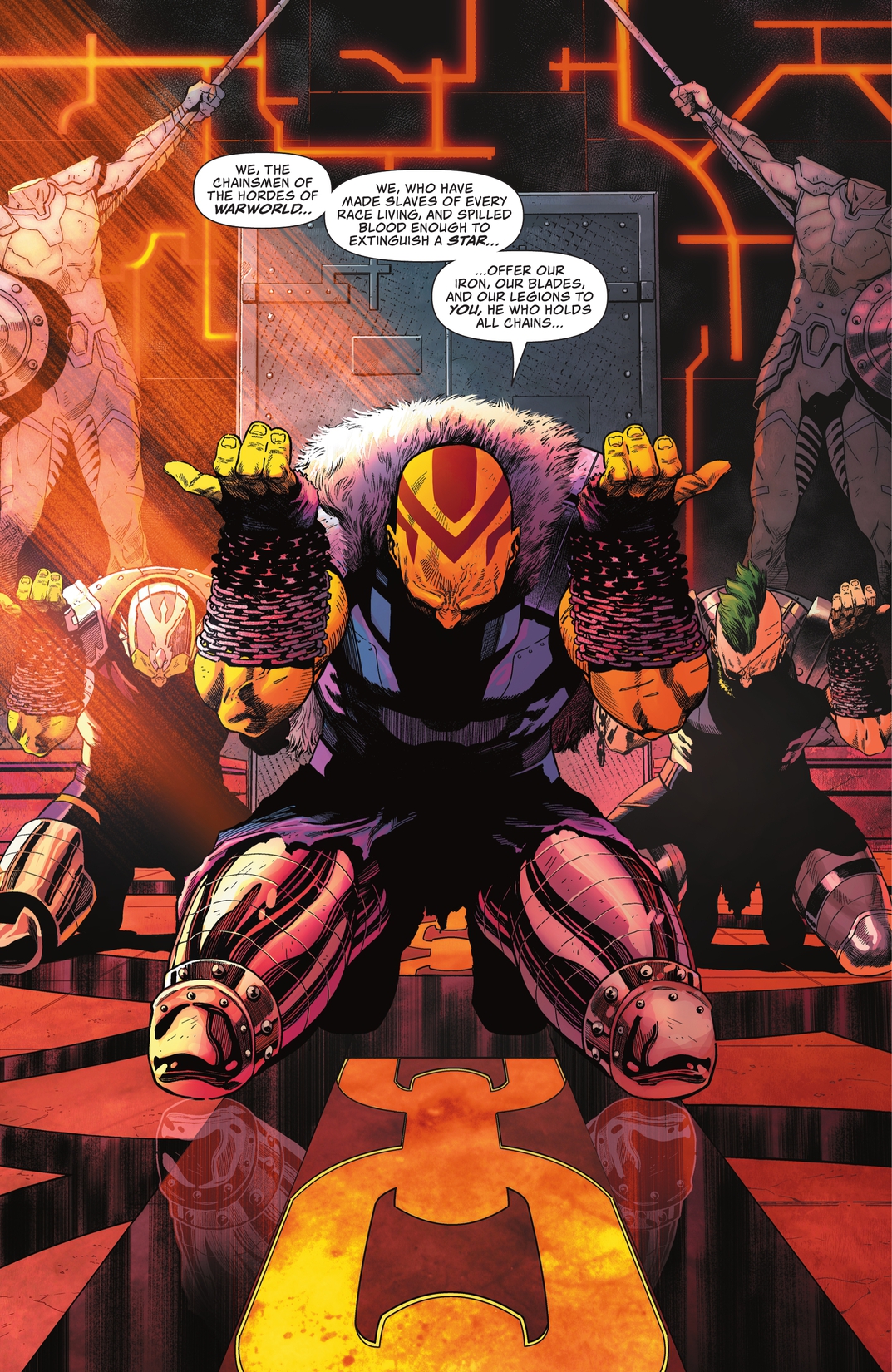 “Warworld Rising” starts here! A new chapter in Superman’s life begins as the challenges of Dark Nights: Death Metal are causing Clark Kent to feel...a change in his powers. Is it possible the Metropolis Marvel could be losing a step? His struggles in taking down the creatures from the Breach would suggest as much! If he’s going to continue to protect the people of Earth, he’ll have to adapt-especially with threats like Mongul out there waiting to launch their biggest attacks on the Earth yet. That’s right, those are Warworld battleships just outside our orbit, and they are heading straight for us! Meanwhile, in the Midnighter backup story, the bad boy of the Authority has to figure out what Andrej Trojan is up to in the present if he ever wants to get back to Future State and swap places with the Midnighter of 2021, whom he left stranded on Warworld.