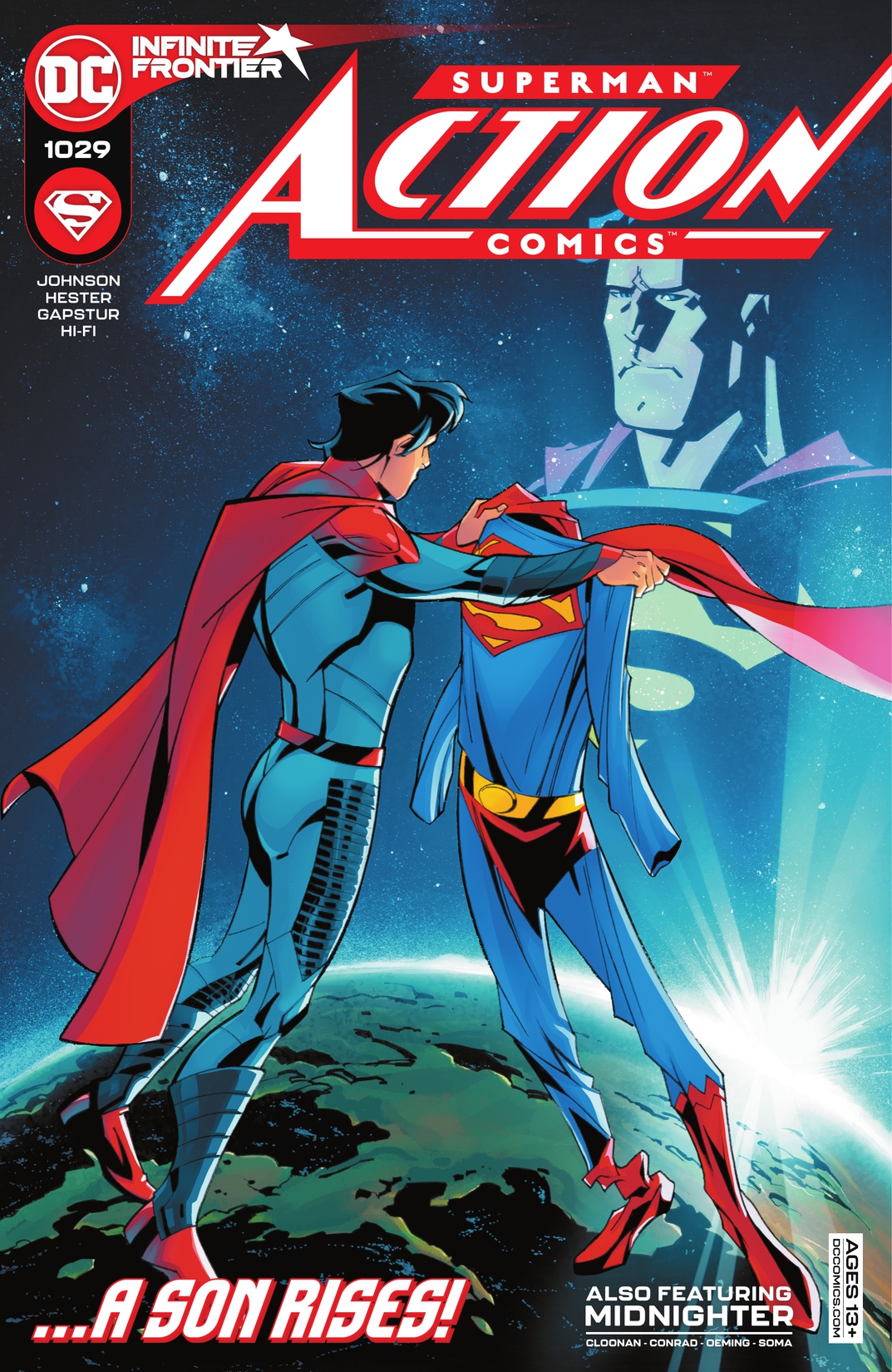 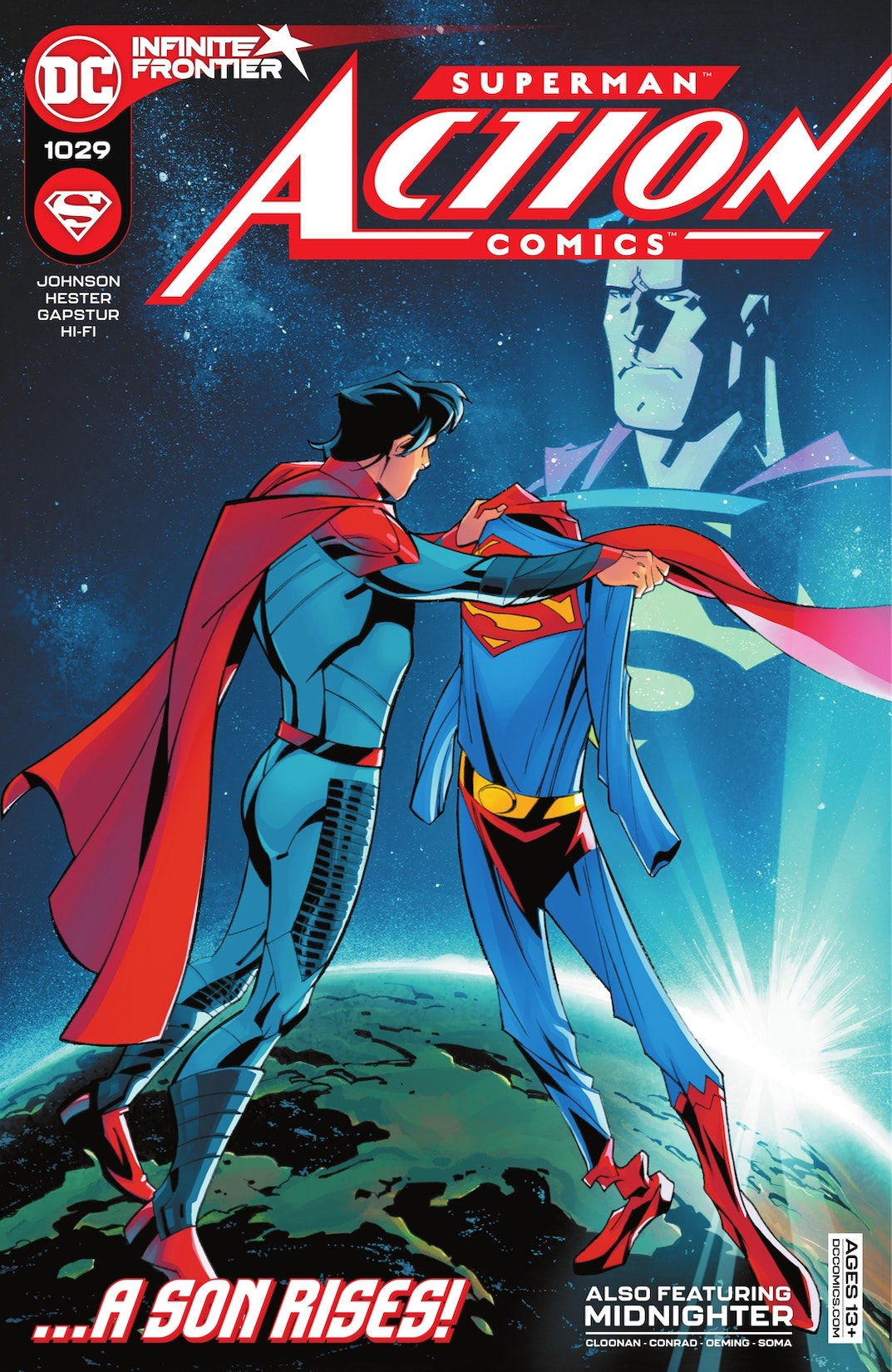 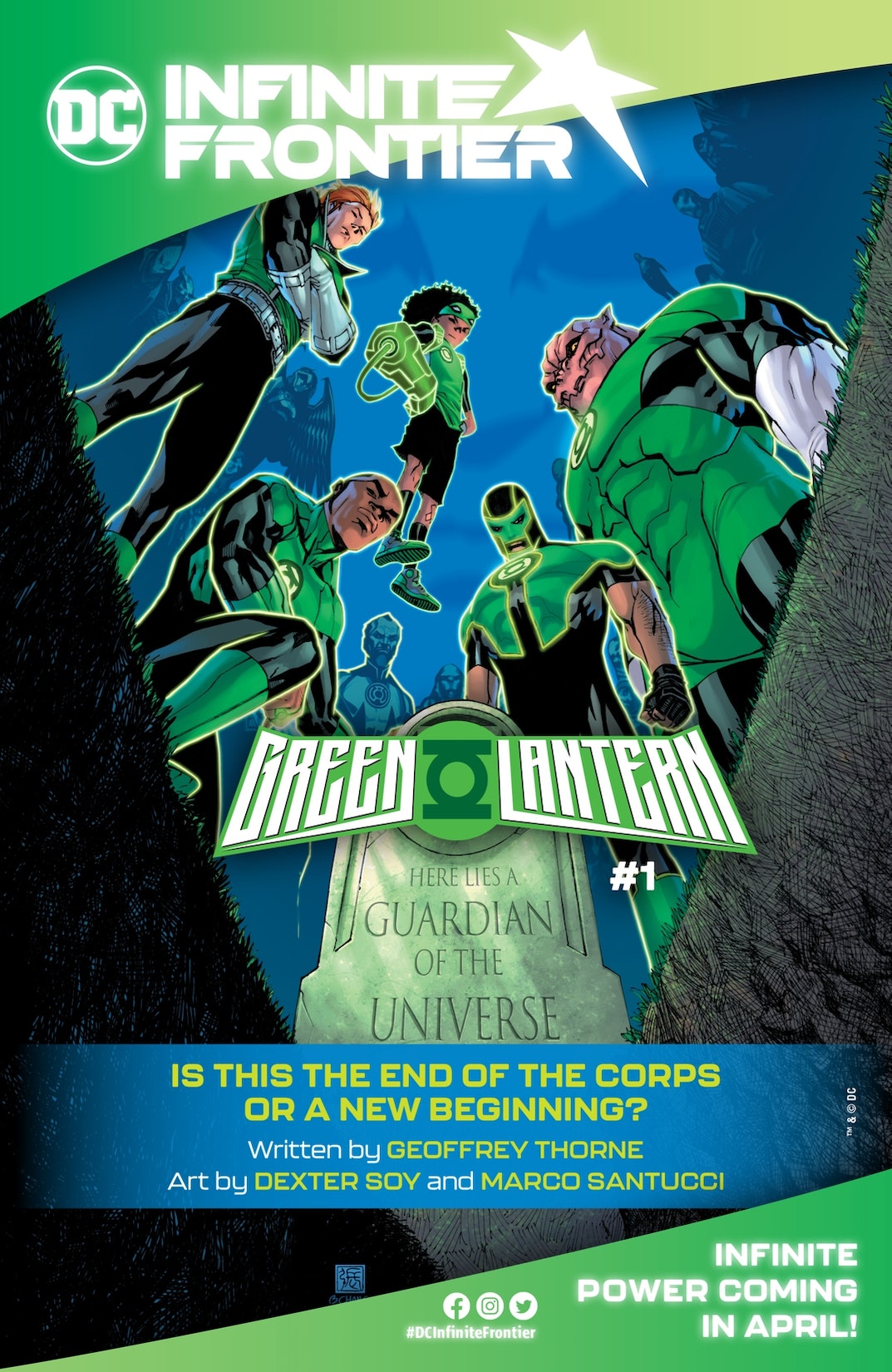 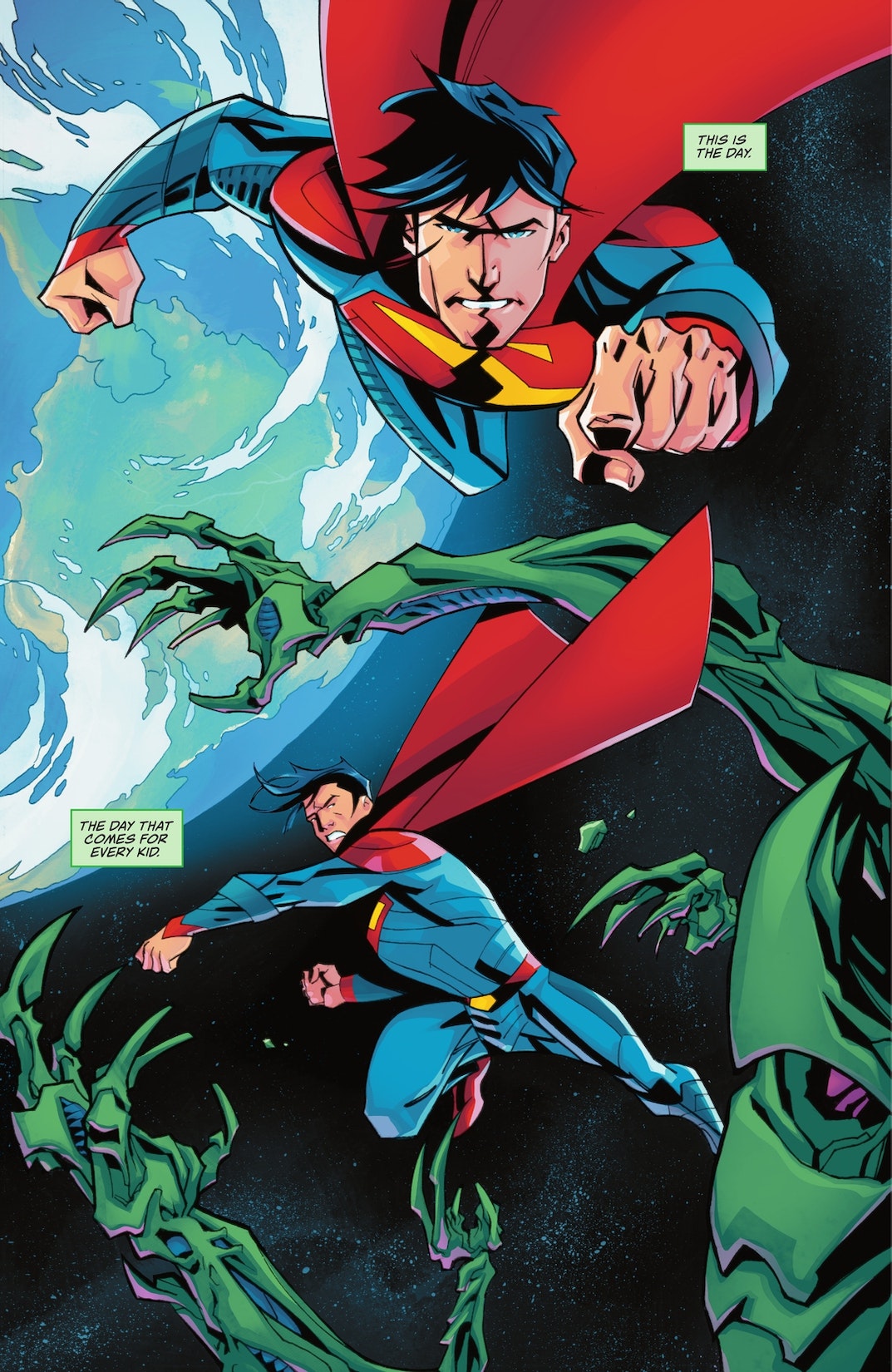 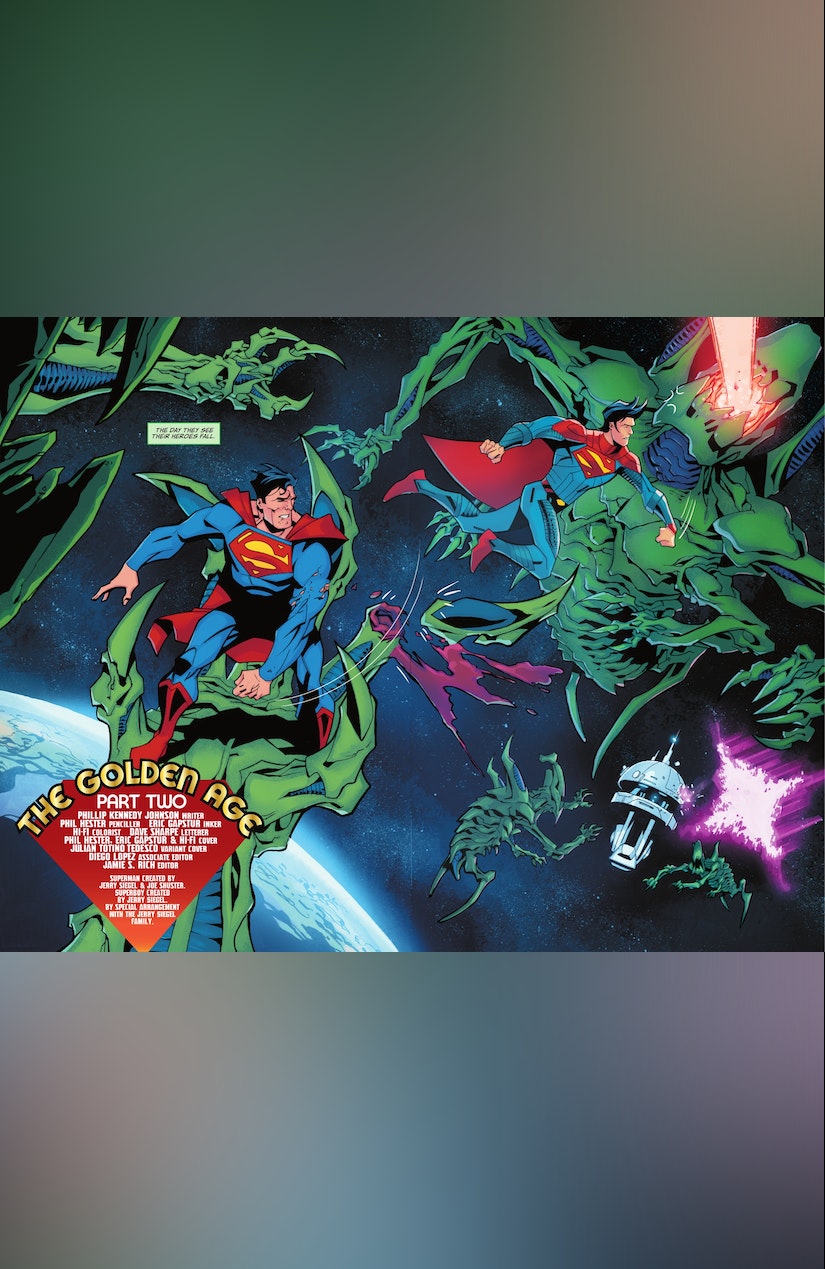 “The Golden Age” reaches its conclusion in this issue that continues directly from Superman #29! Following an almost-deadly attack by an alien foe, the new Superman realizes that any threat could be the one! Neither Superboy nor Superman know what’s behind this latest attack. Two words: the Wall. Plus, in an all-new backup “Tale of Metropolis,” writers Becky Cloonan and Michael W. Conrad continue the Midnighter story they started in DC Future State. But is the DC Universe ready for Trojan Solutions?