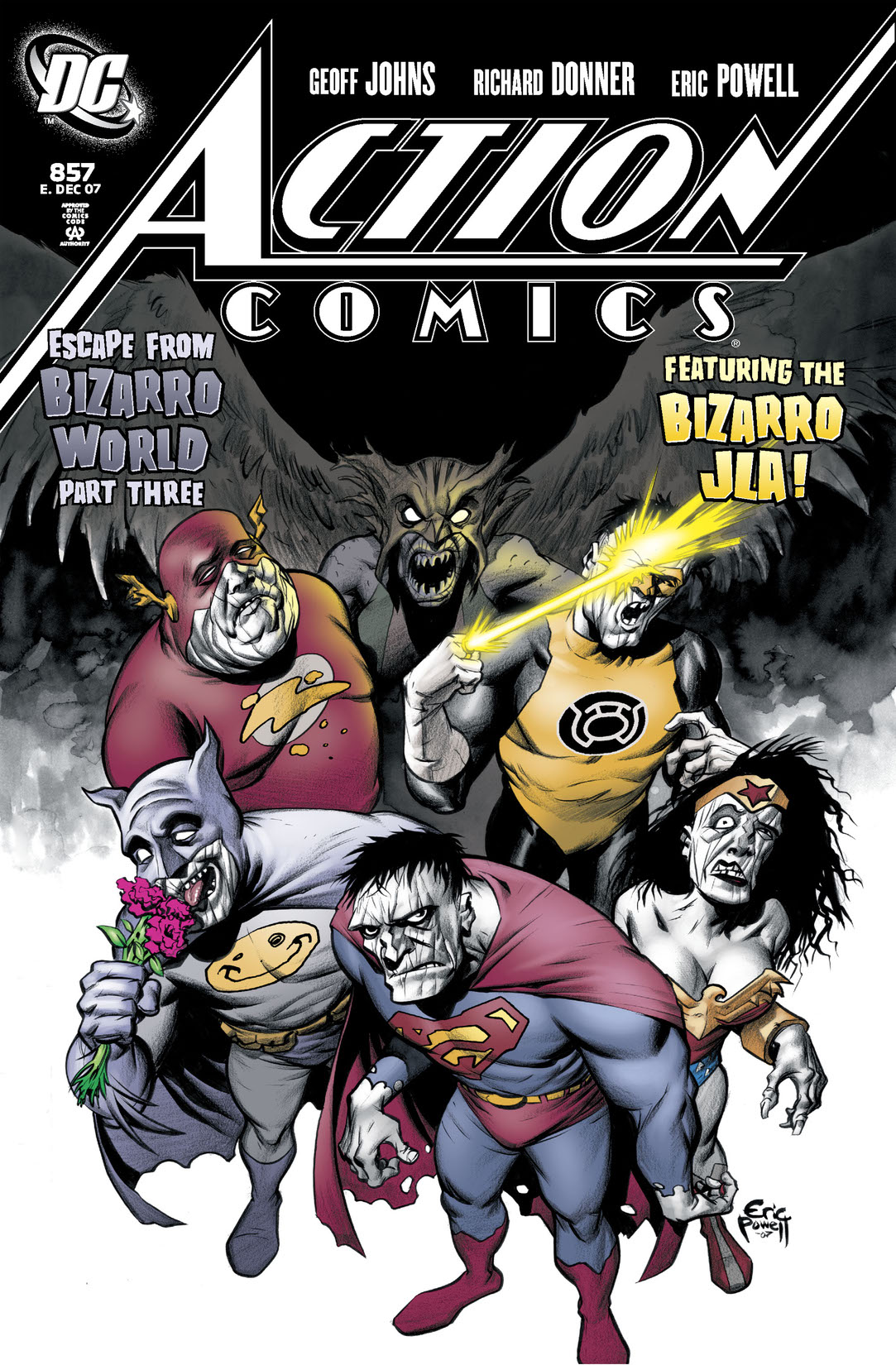 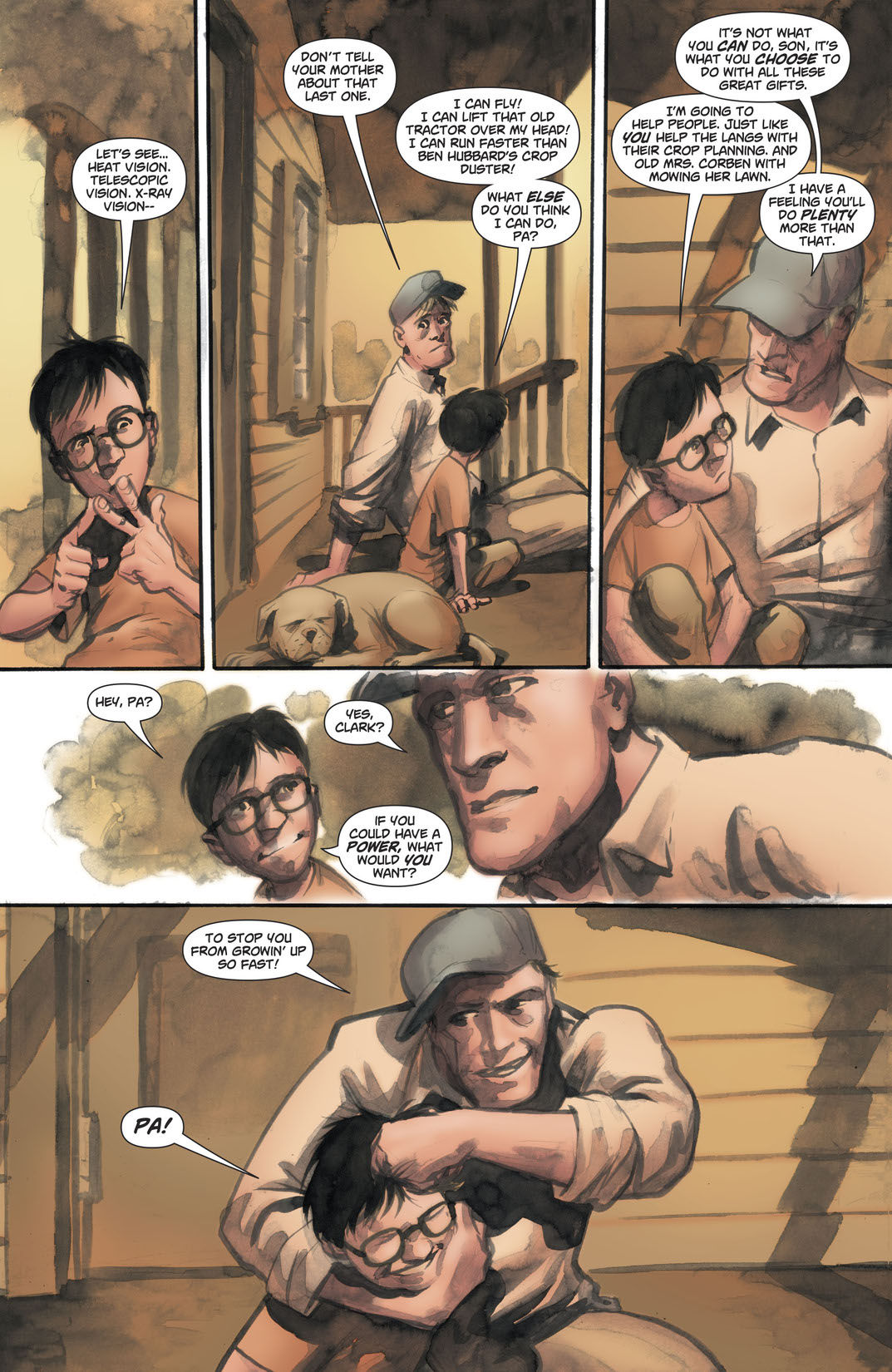 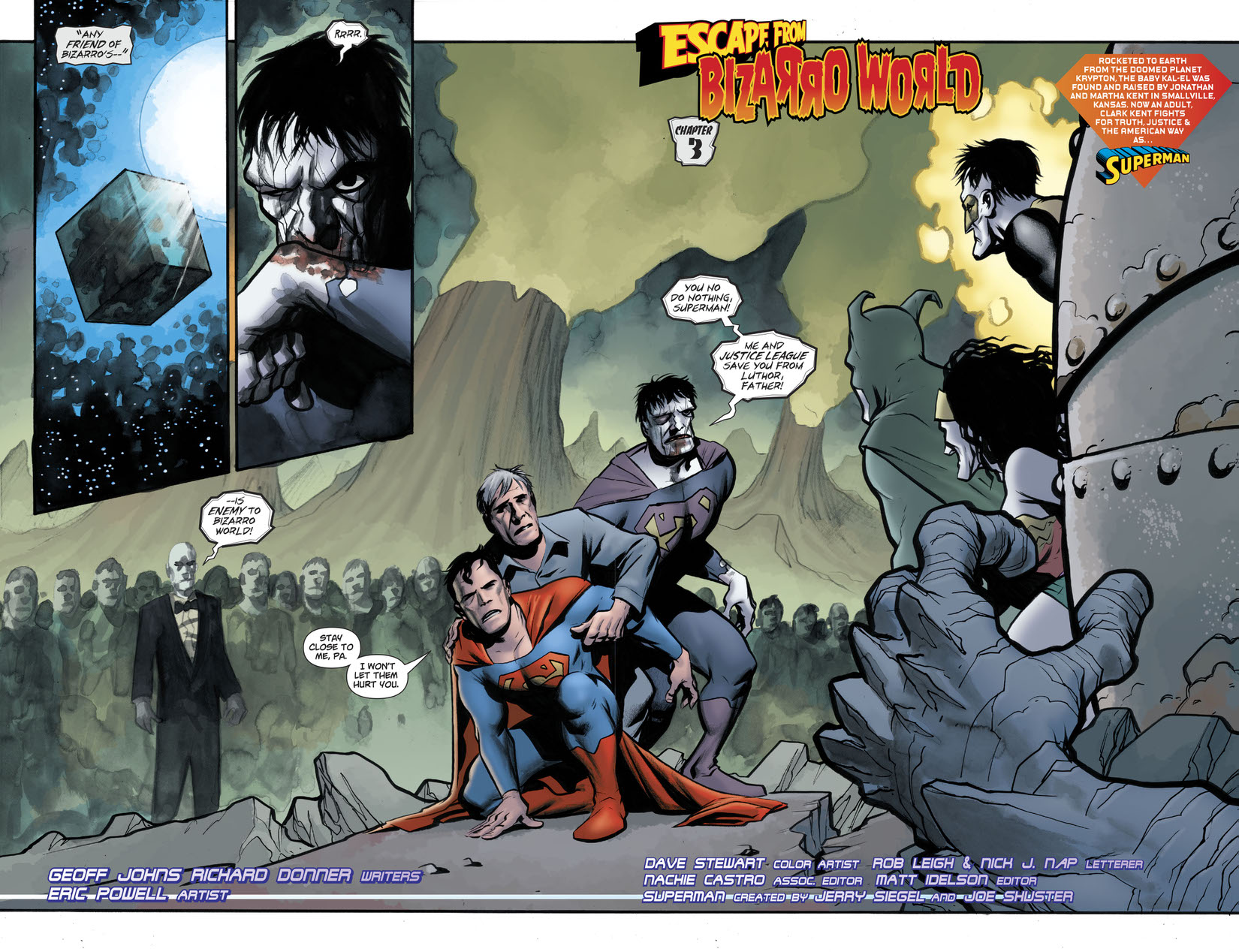 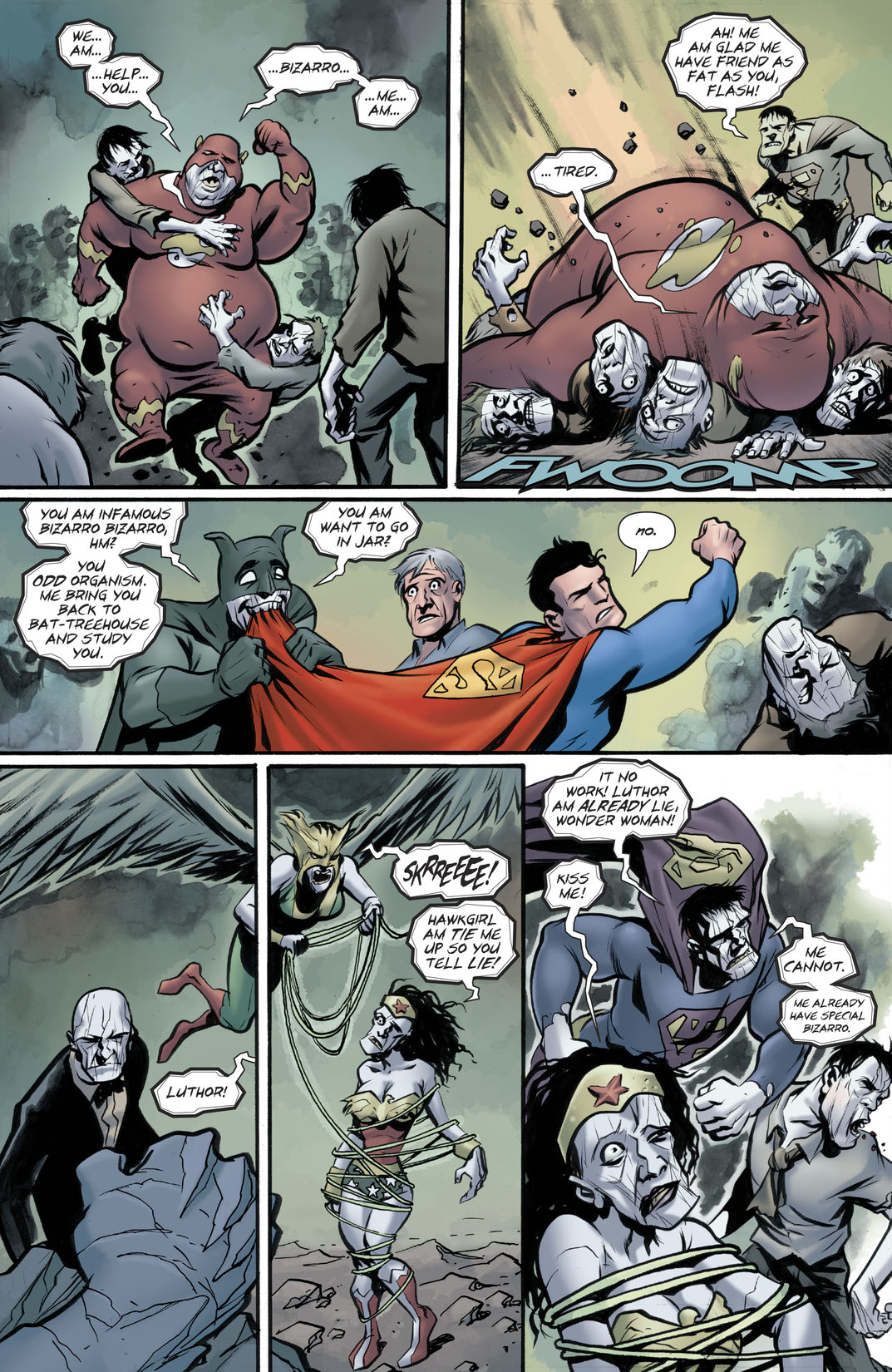 Geoff Johns, Richard Donner and illustrator Eric Powell conclude 'Escape From Bizarro World'! On the run from the population of Bizarro World, Superman comes face-to-face with Bizarro's most horrific allies. But what unexpected turn of events will save the day? And whose day is being saved?