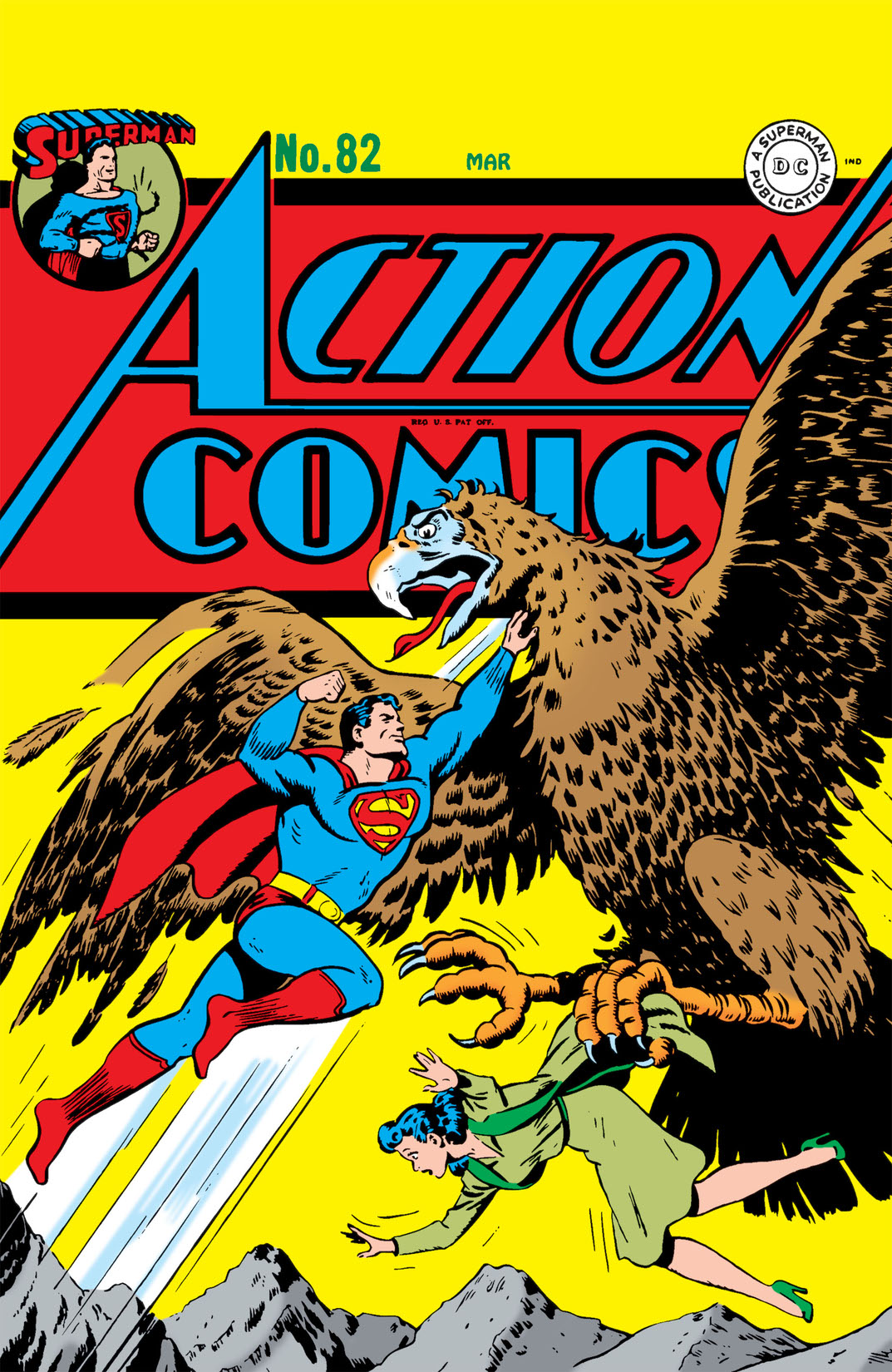 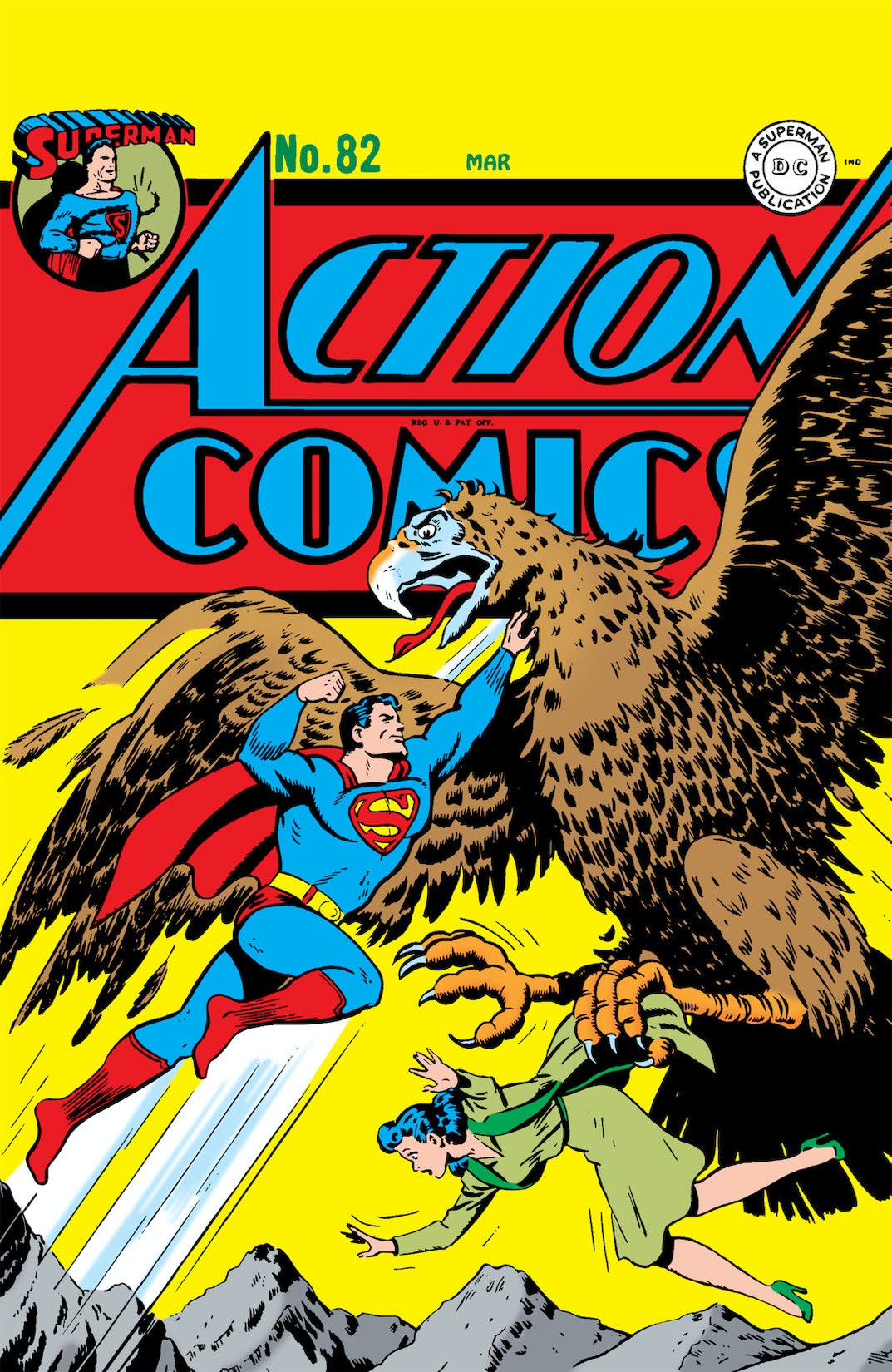 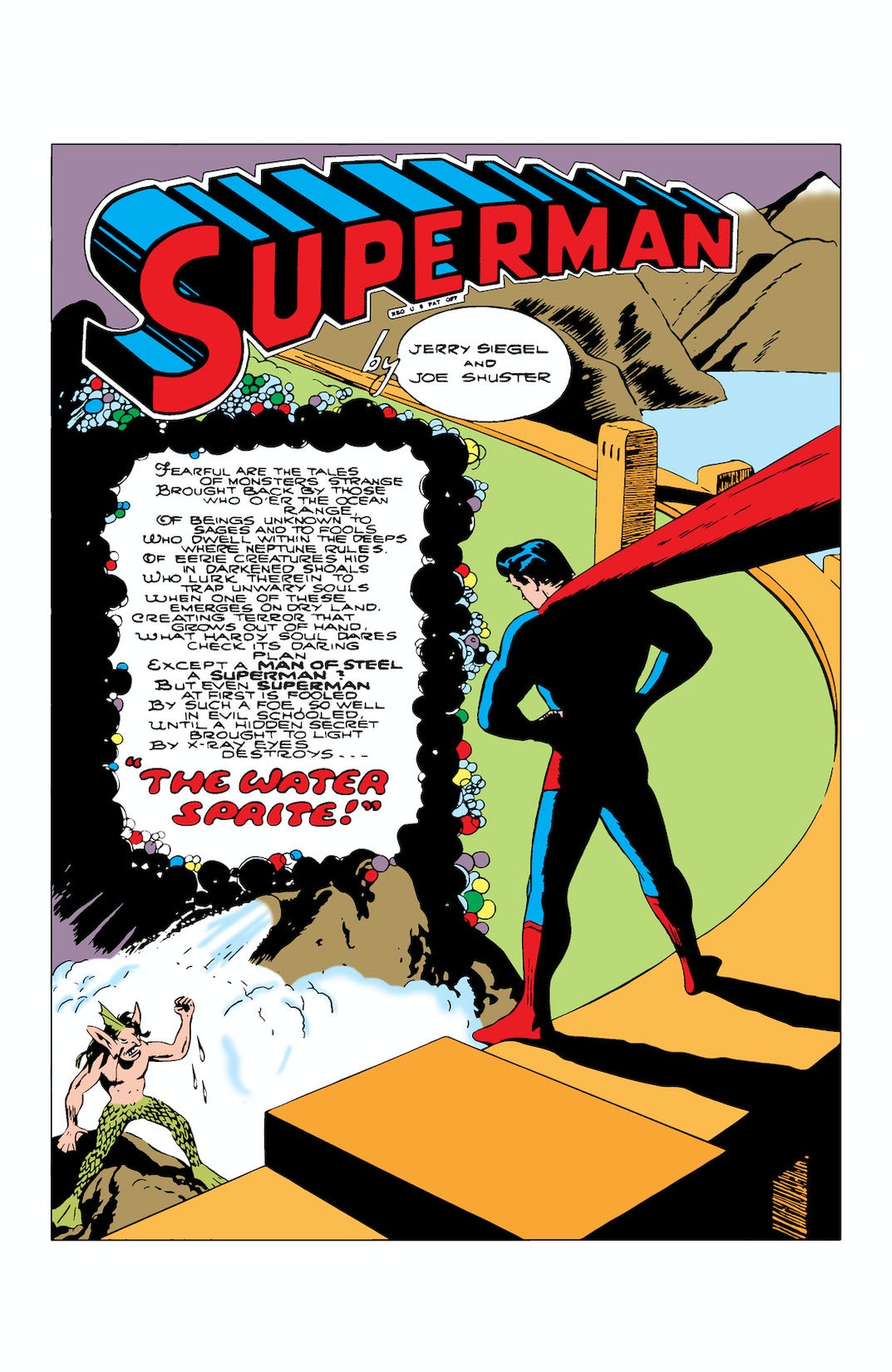 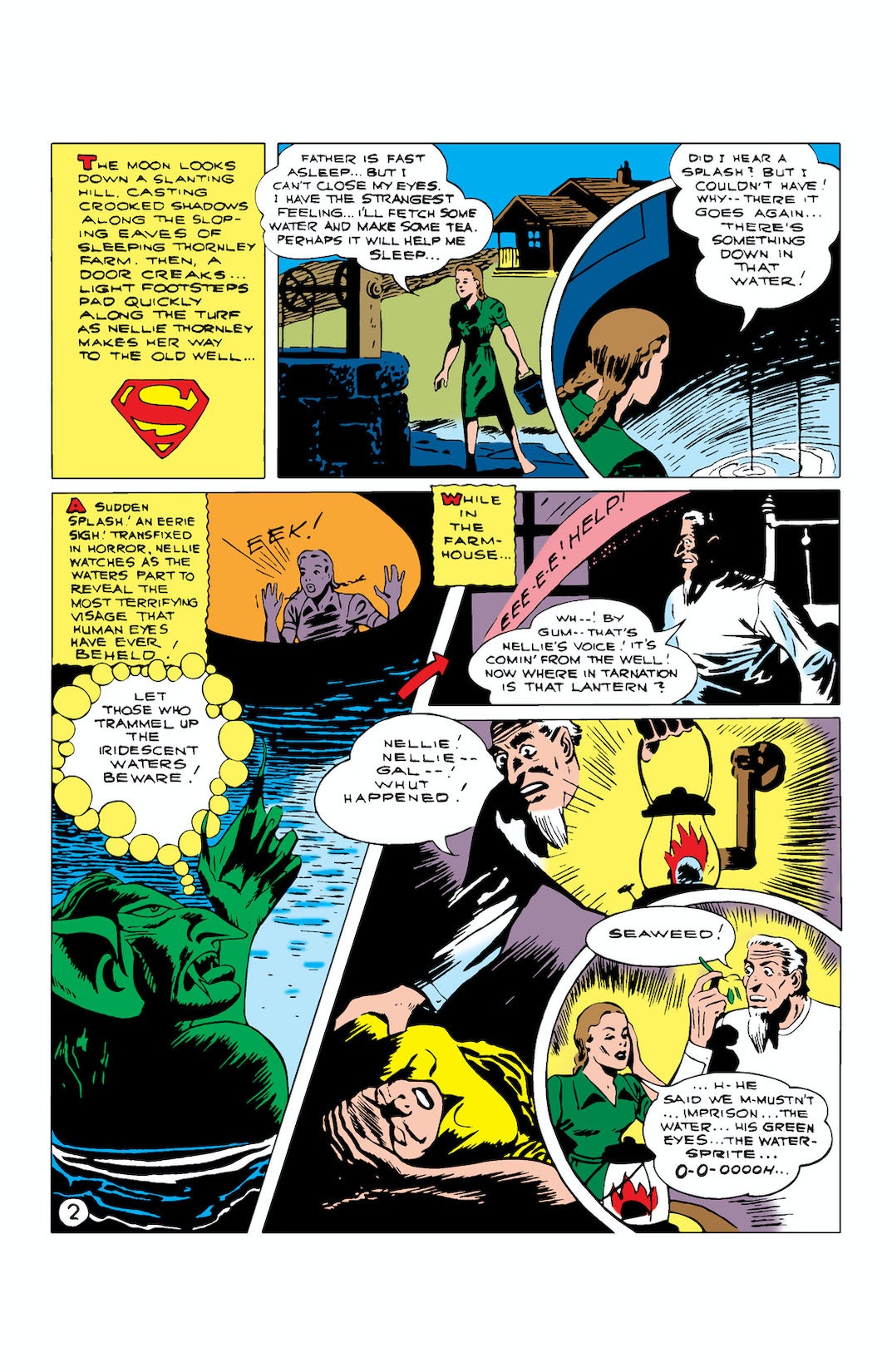 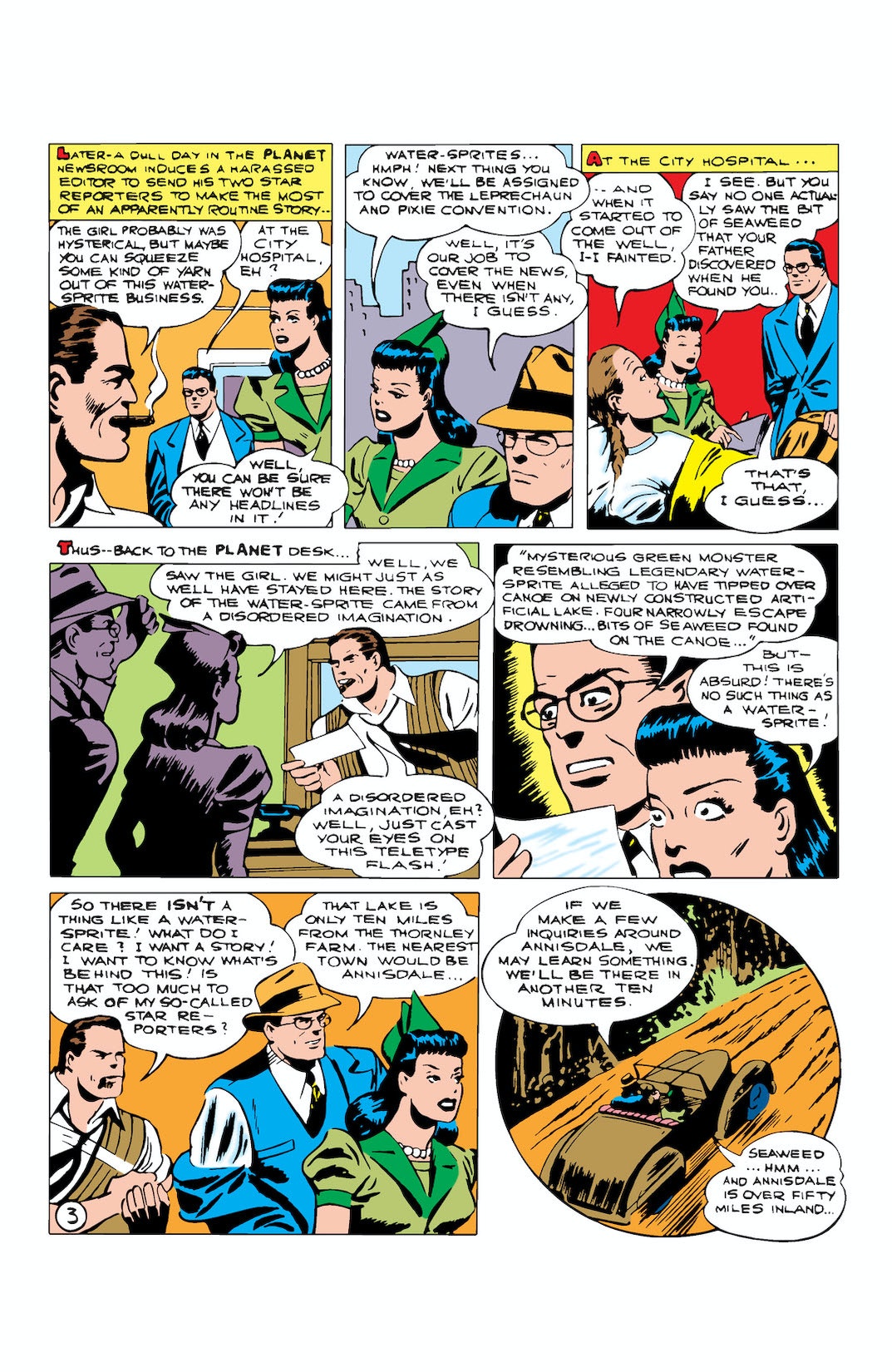 “FAIRYLAND ISLE.” John Nicholas’ dream of building “Fairyland Isle,” whose admission is absolutely free to poor kids, seems not to be ready for the Christmas season opening, until Super…Santa Claus steps in. Plus, “THE WATER SPRITE!” Superman investigates a young woman for information relating to the existence of a “water sprite”!