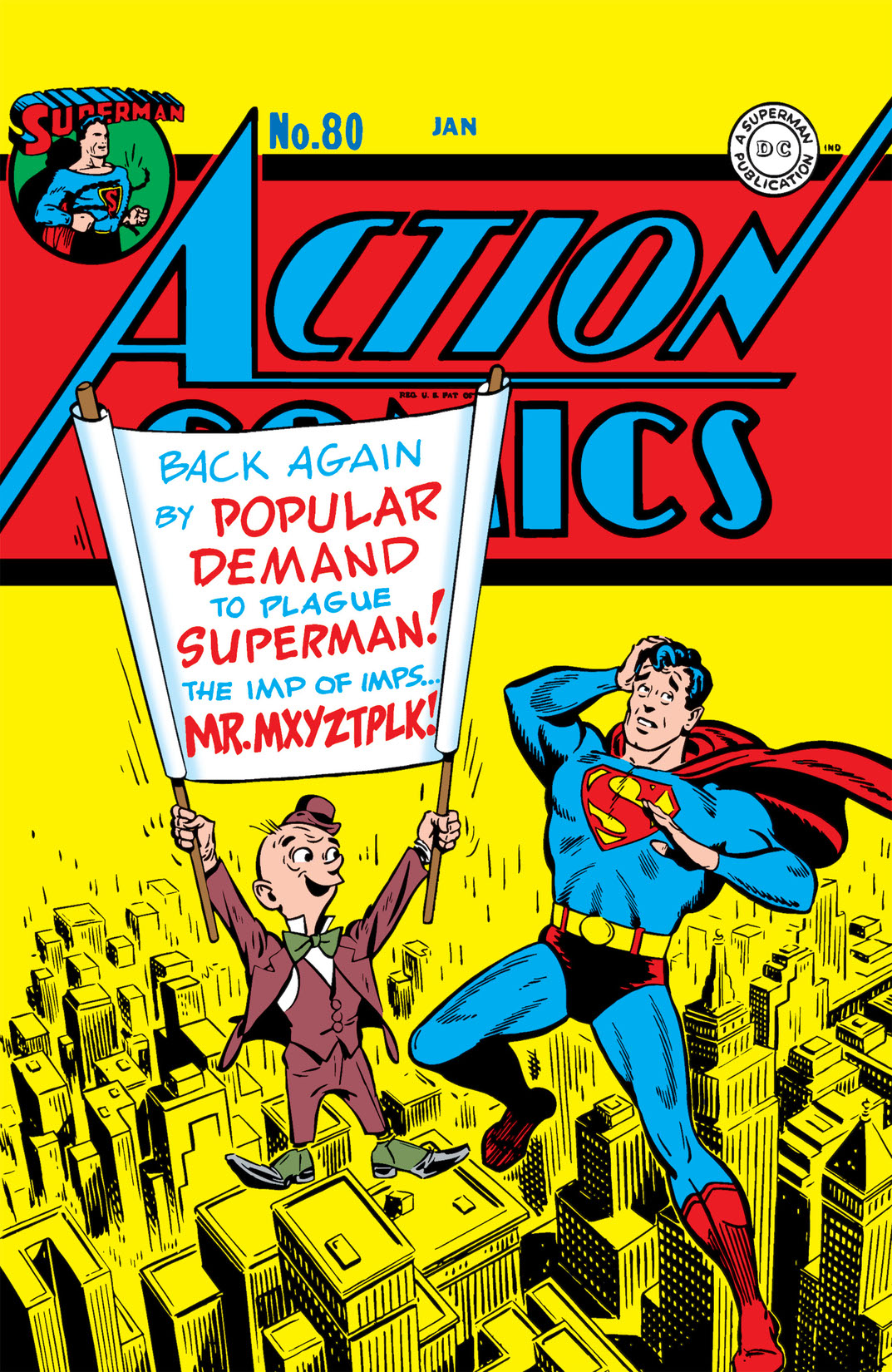 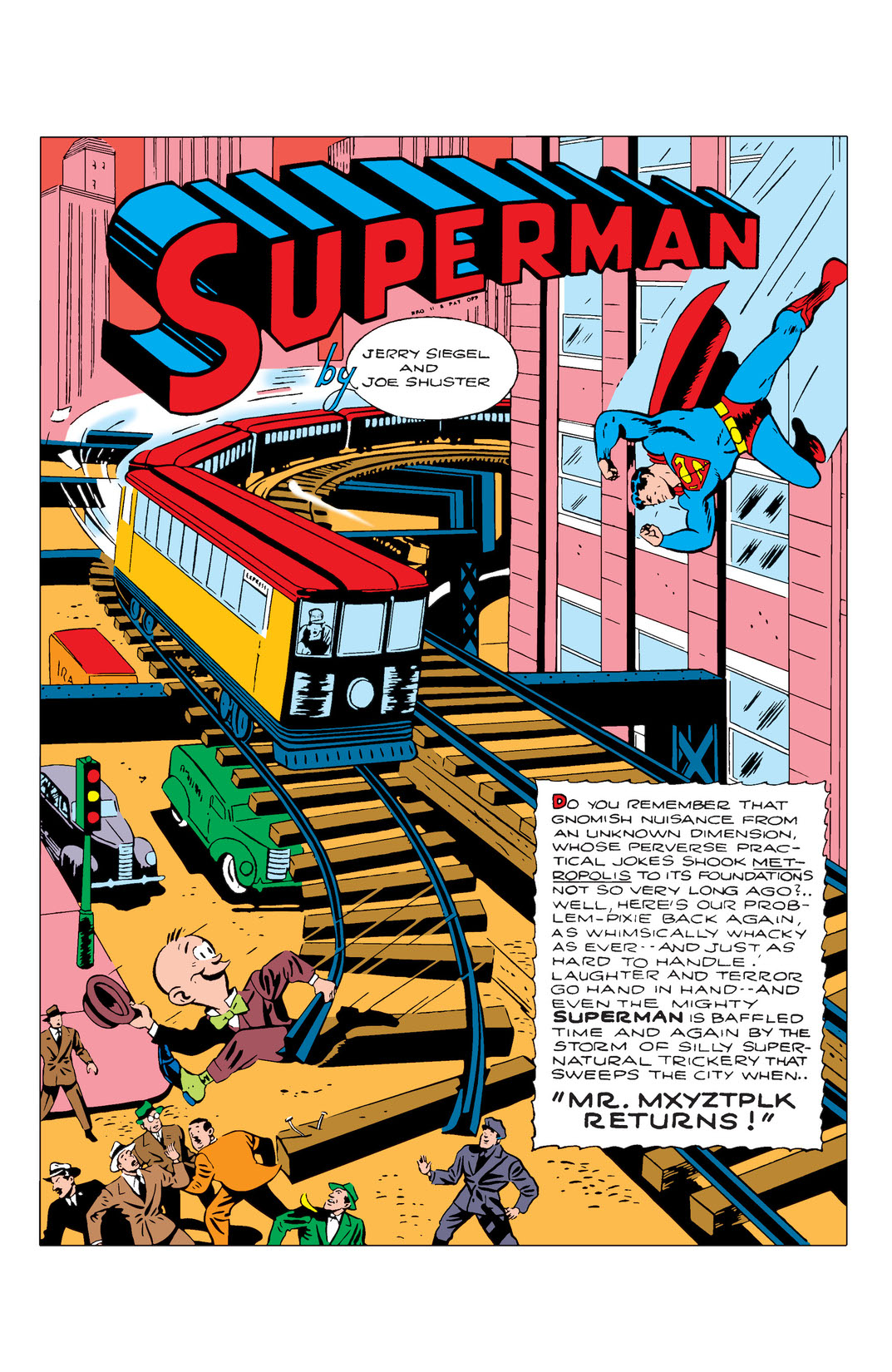 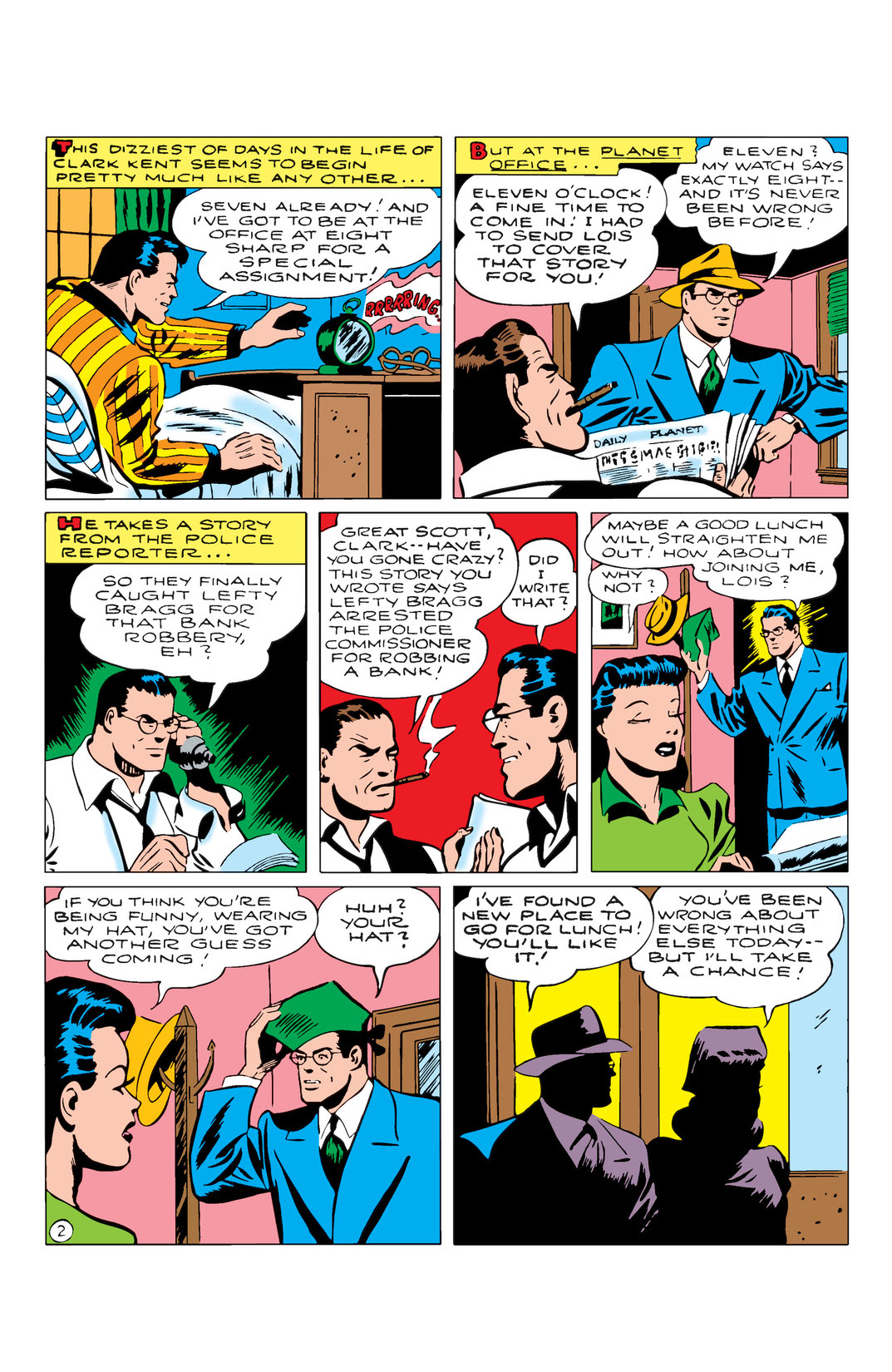 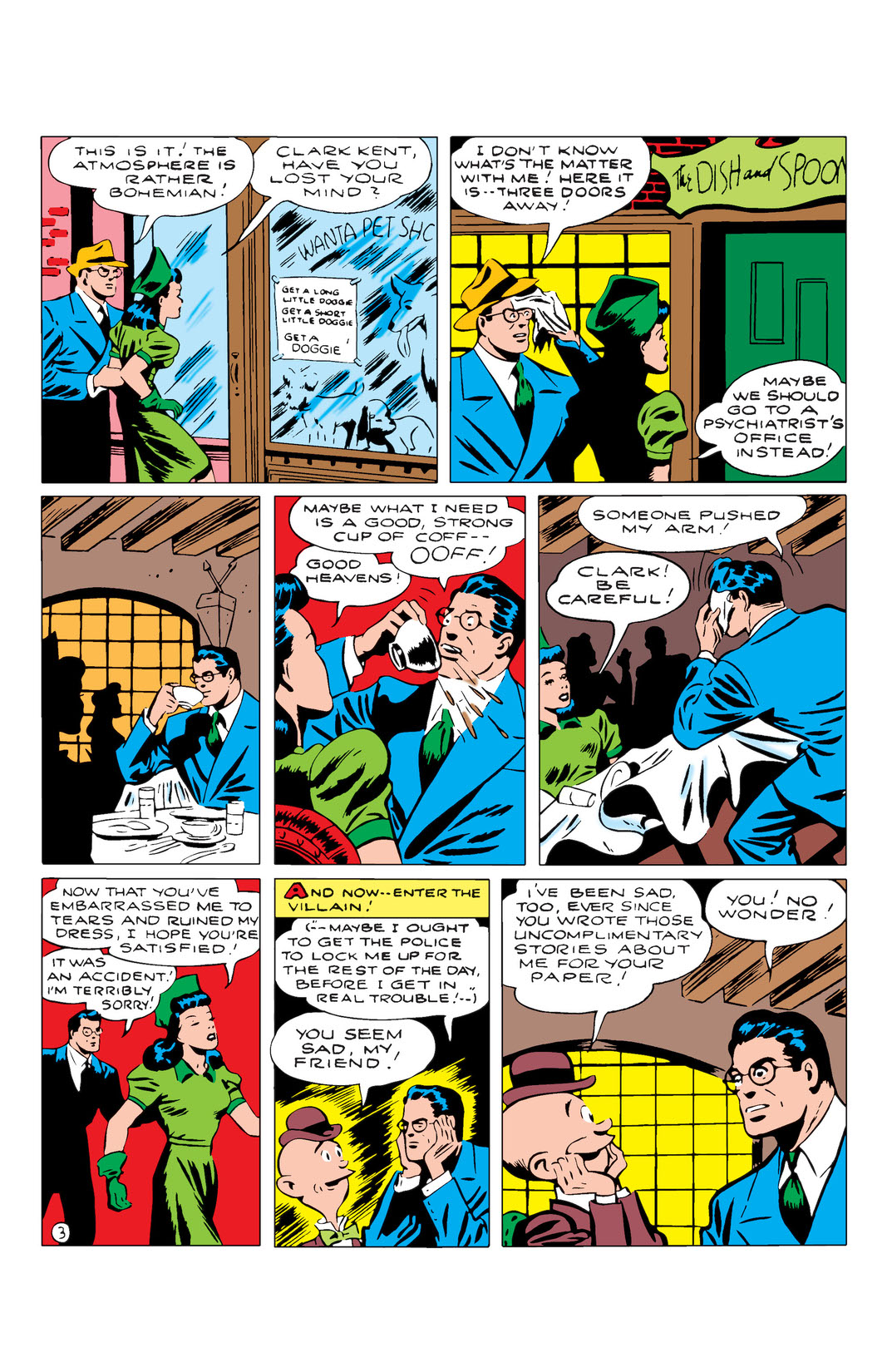 “MR. MXYZTPLK RETURNS.” When unusual and weird things begin happening to Clark Kent, there can be only one explanation for it: Mr. Mxyztplk, that imp from another dimension, has returned, and that means more headaches for the Man of Tomorrow!