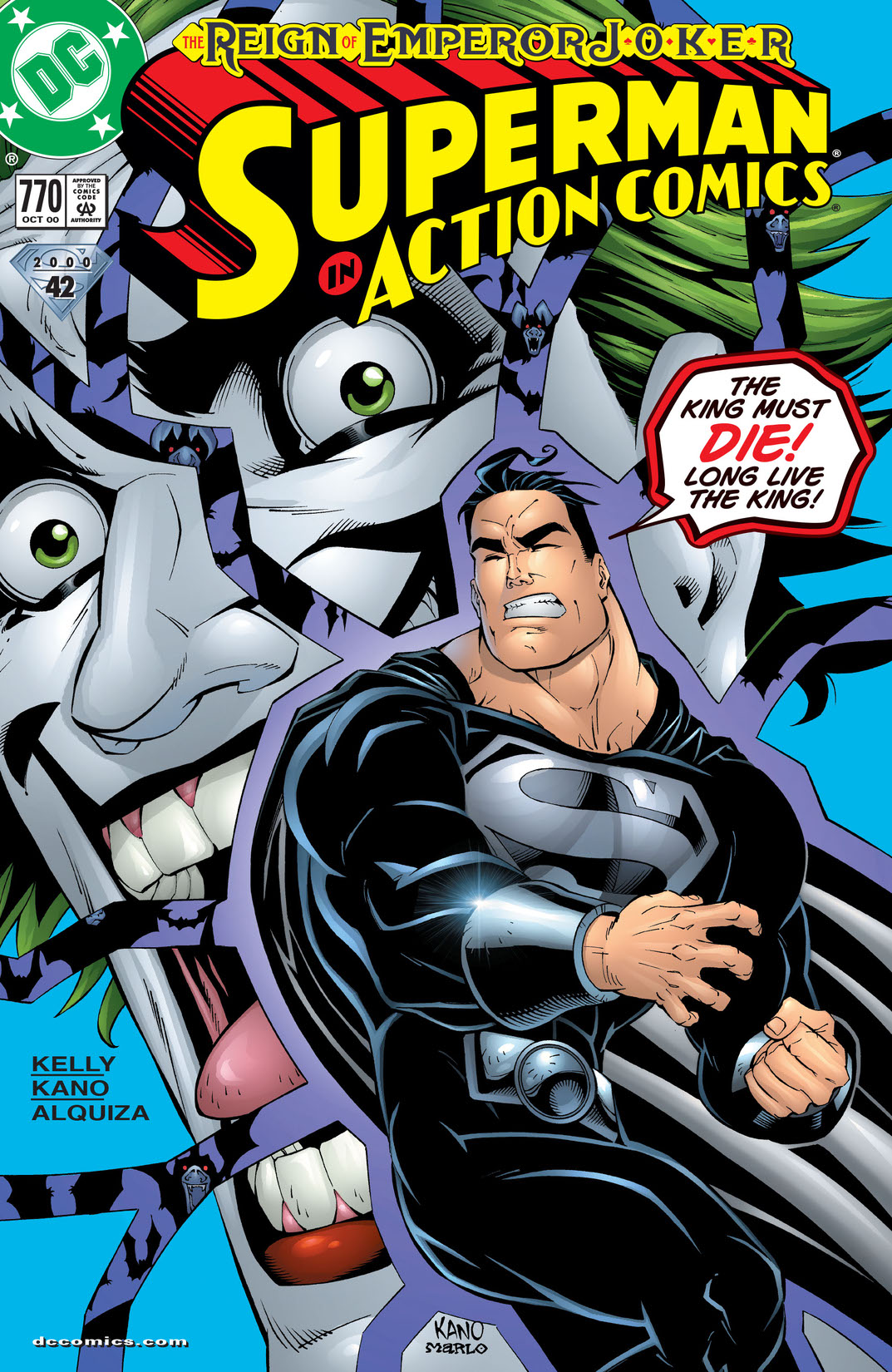 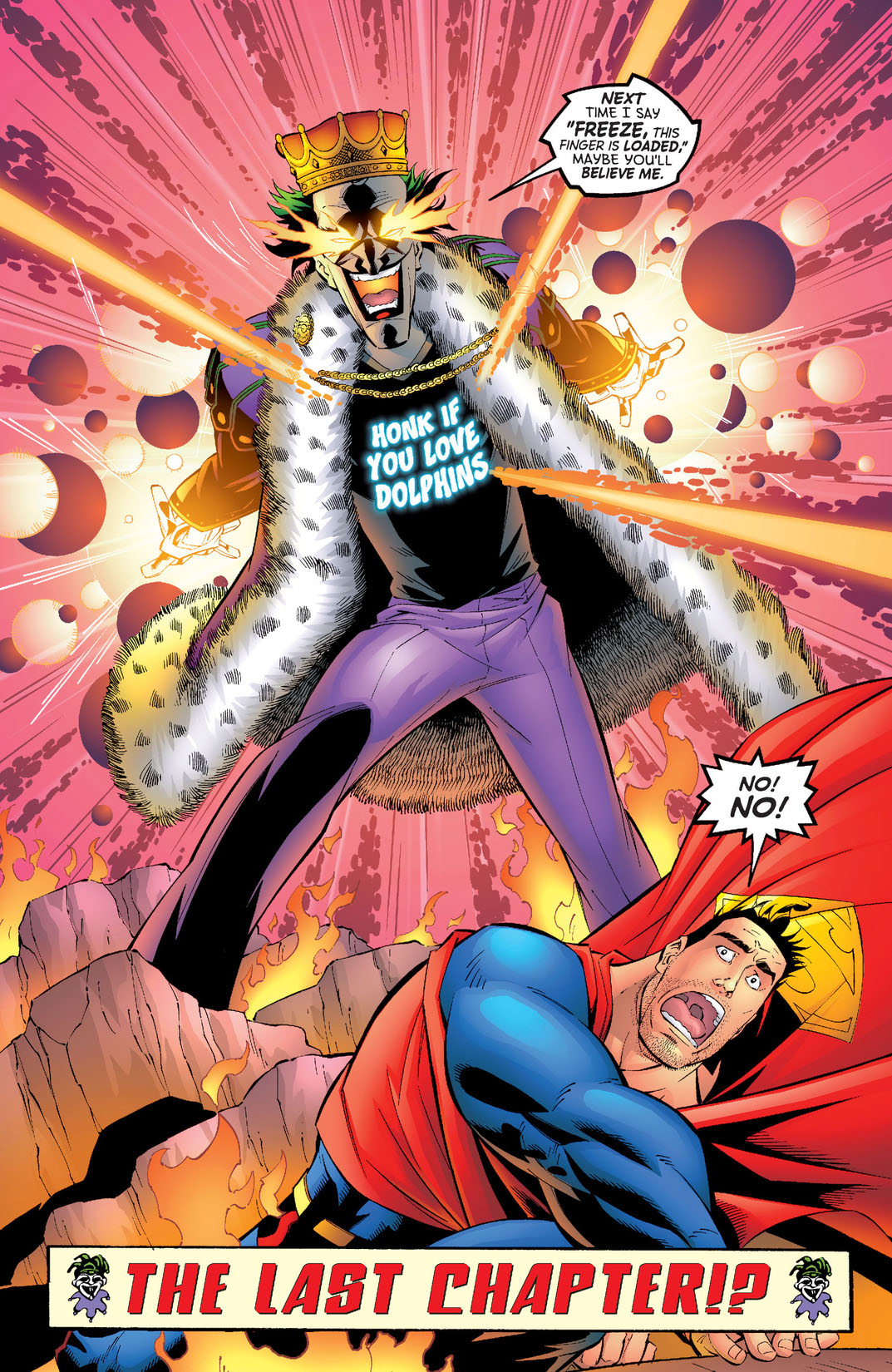 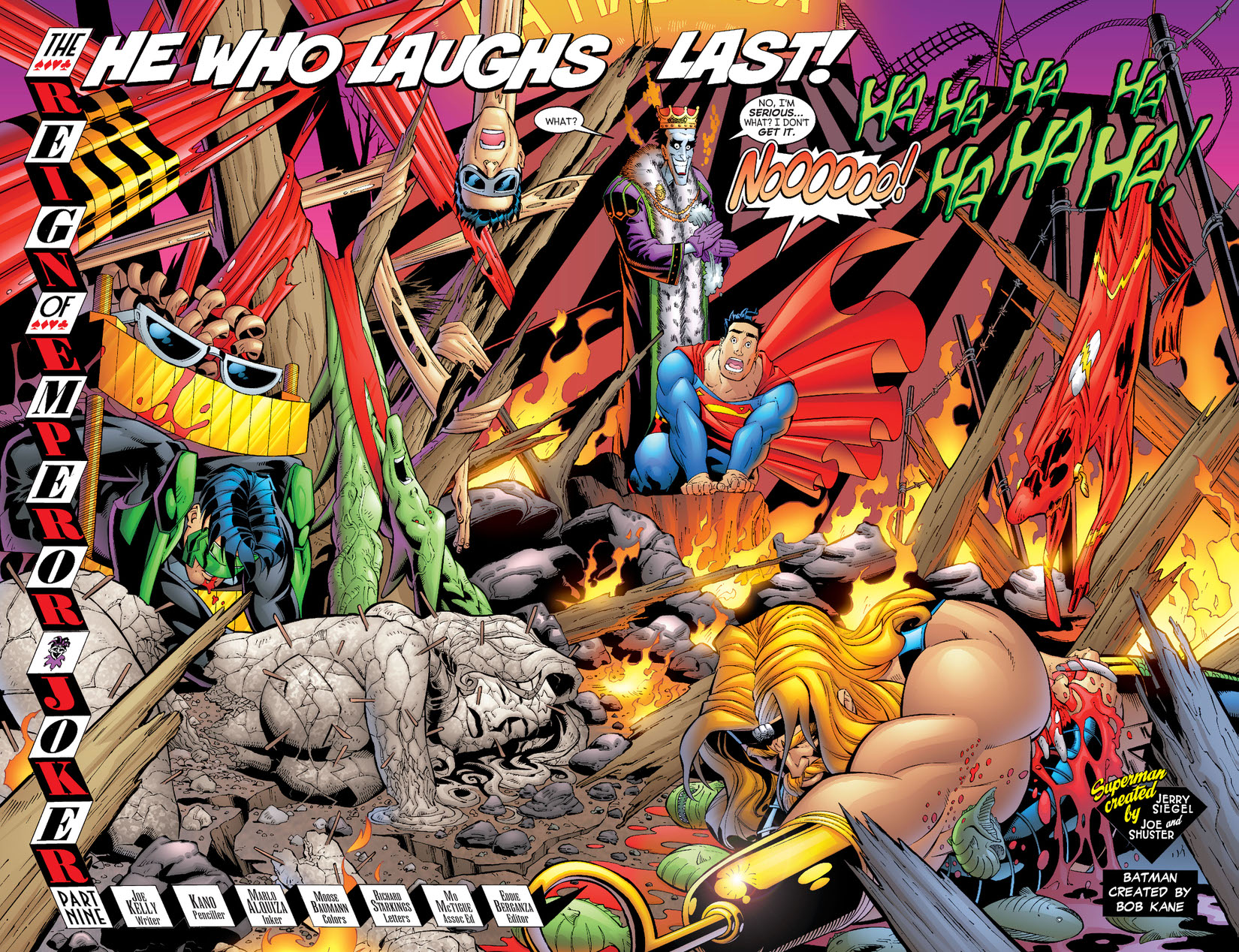 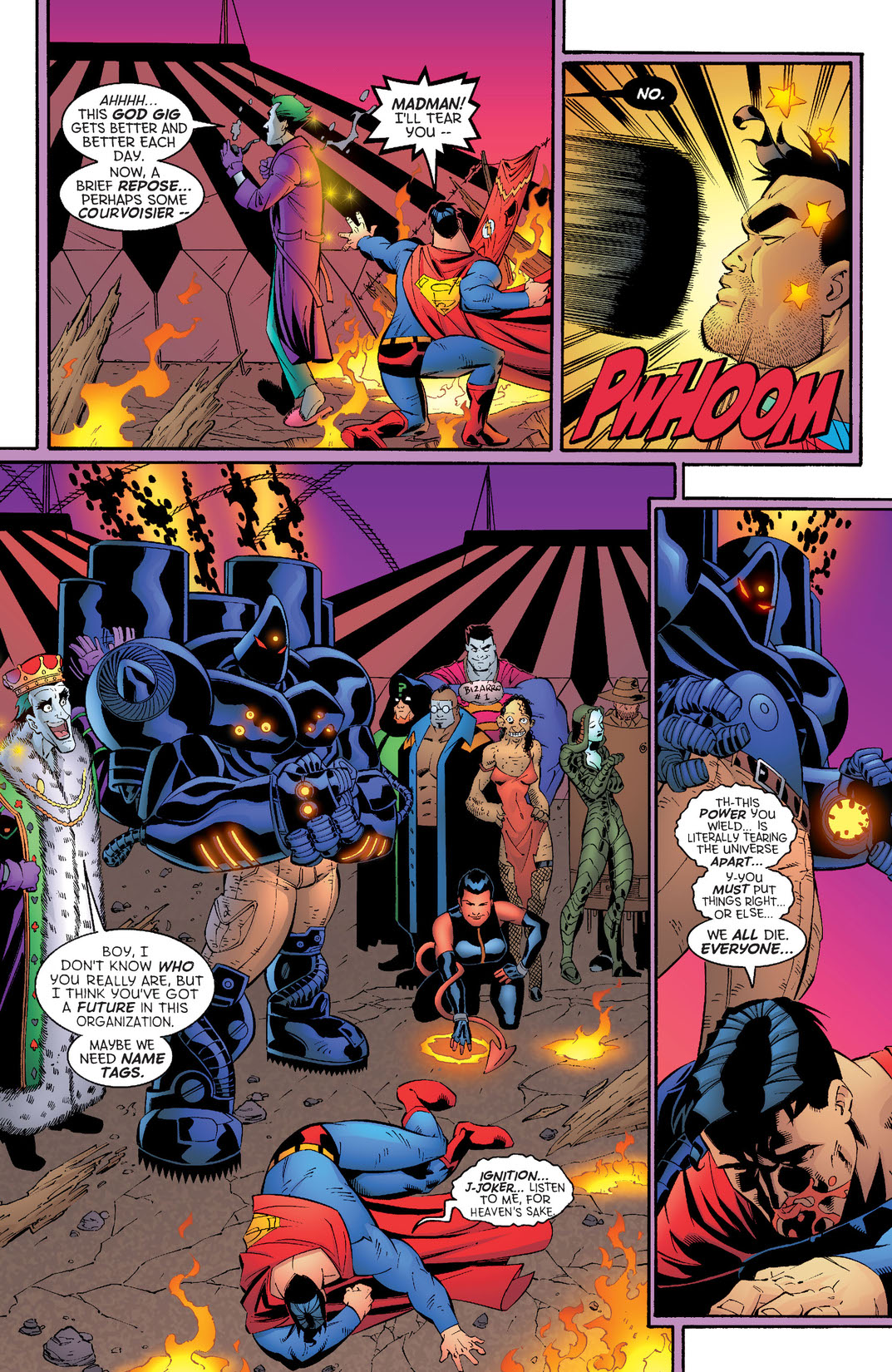 Emperor Joker' part 5, continued from SUPERMAN: THE MAN OF STEEL #105. The battle is over, and the obscenely powerful Emperor holds the upper hand. As evil wins and good faces ultimate defeat, is this the ultimate Bizarro ending? Superman versus Joker for the fate of the universe in the stunning conclusion!