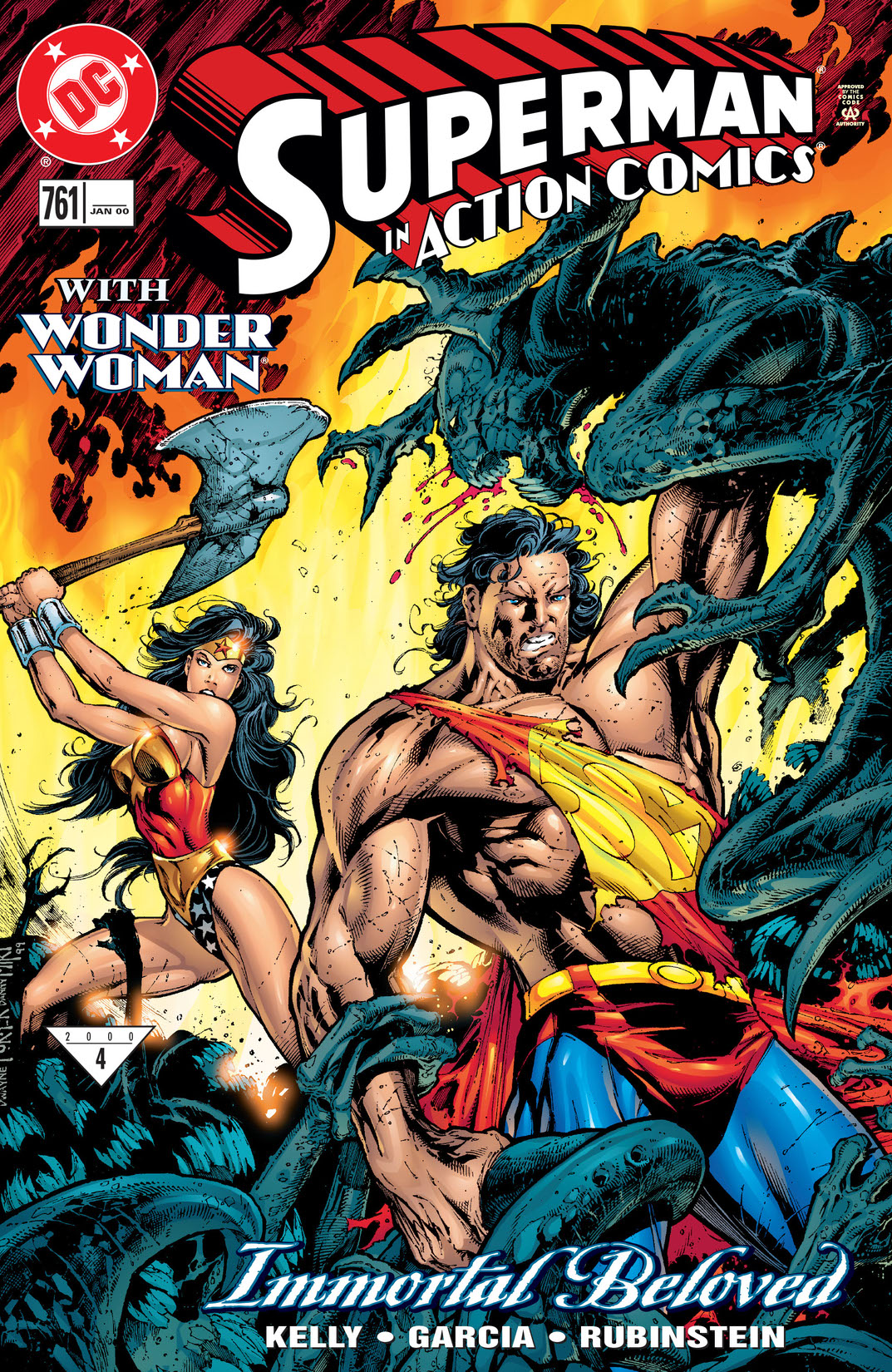 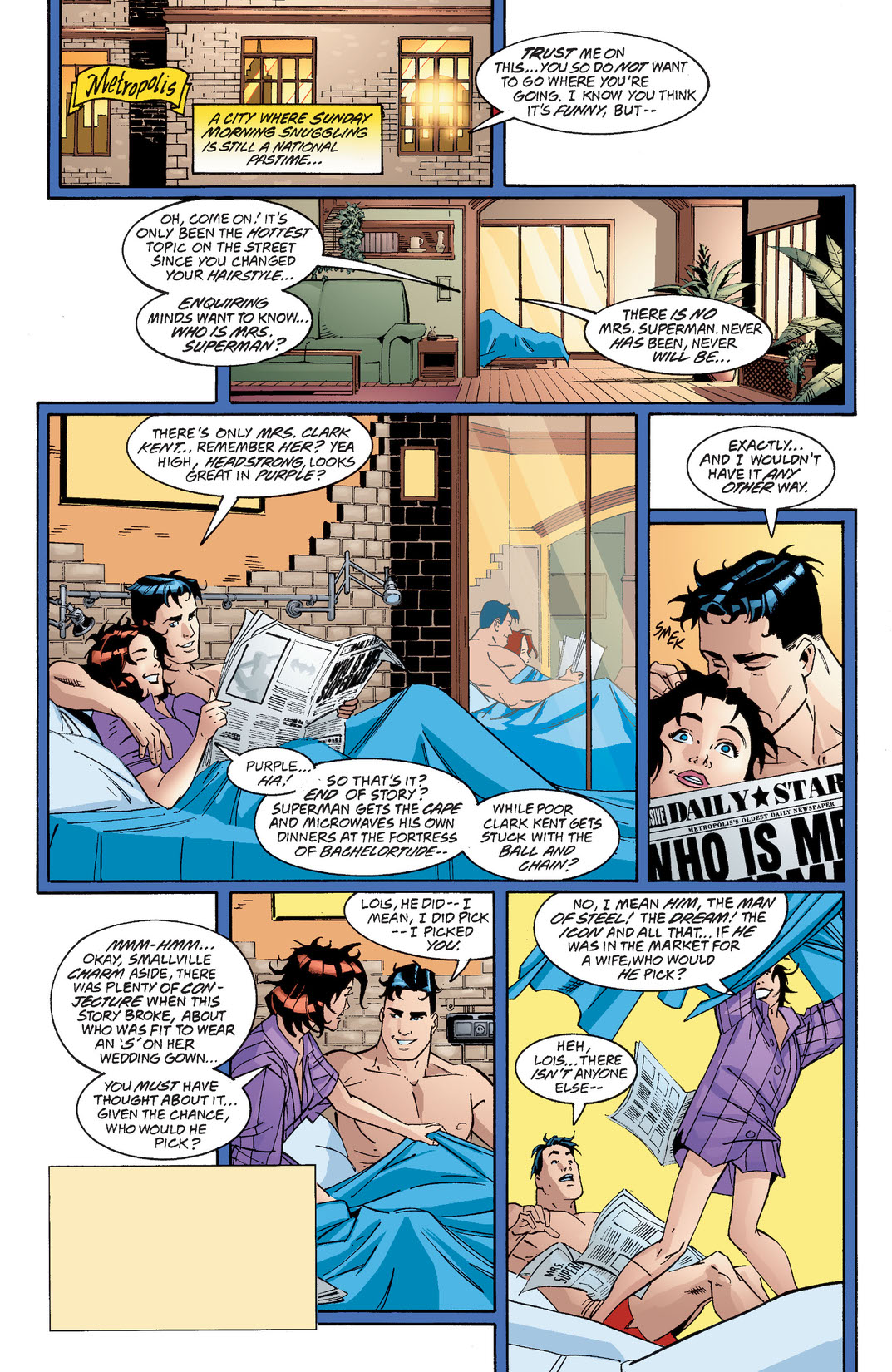 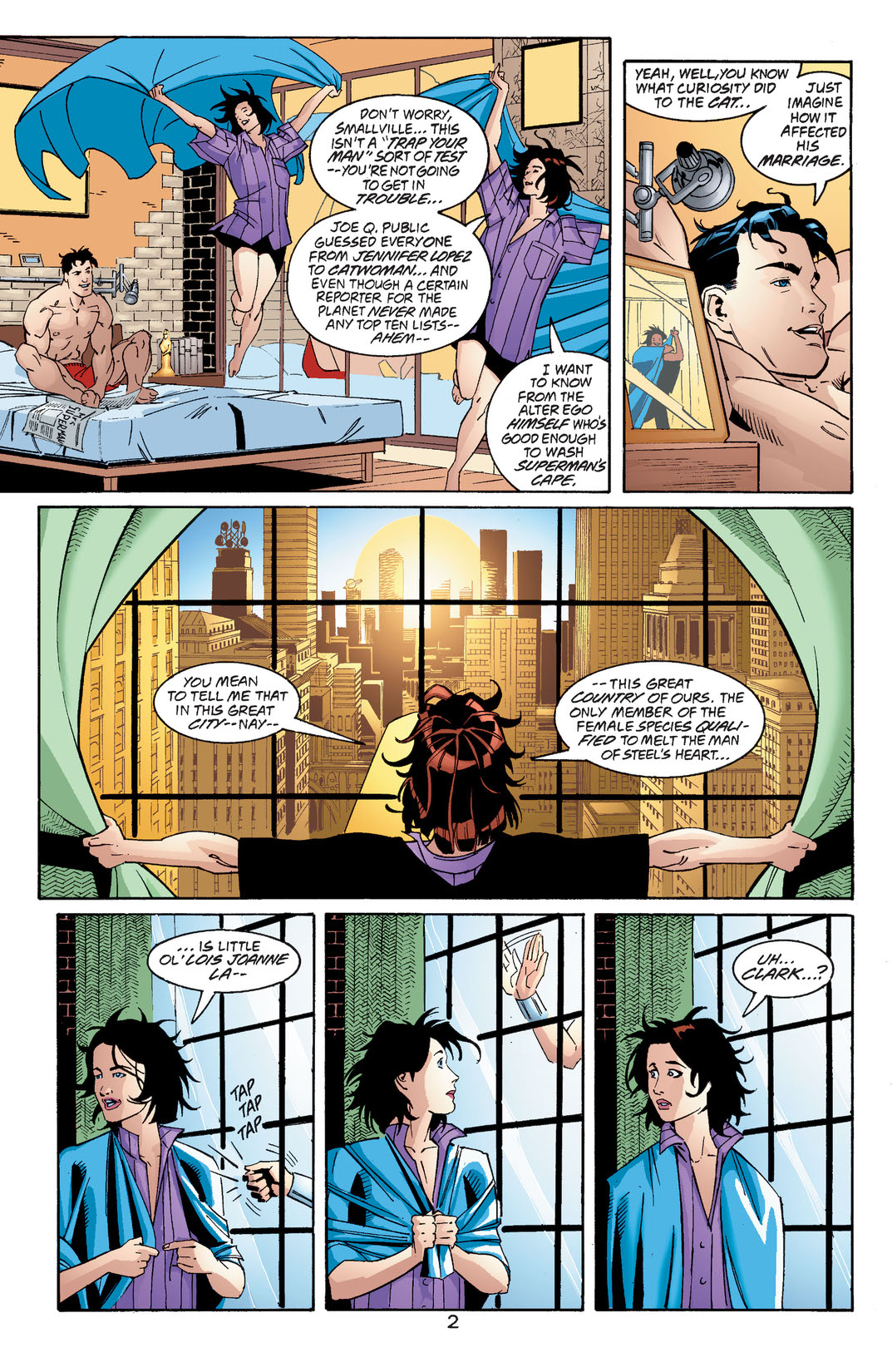 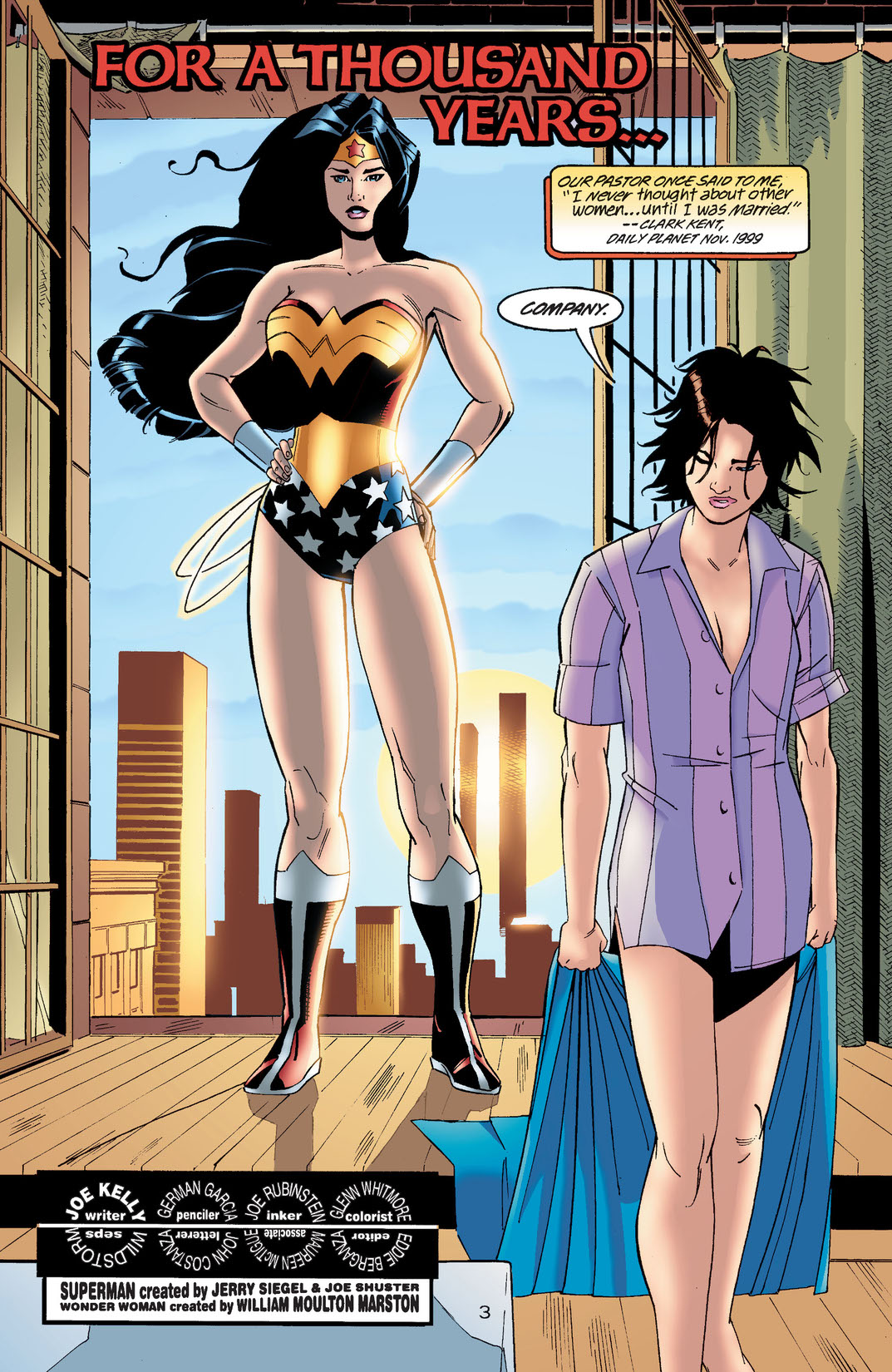 Wonder Woman guest-stars in a thrilling issue! Although the truth about the so-called "Mrs. Superman" has been revealed, the public still wonders about the Man of Steel's relationship with Wonder Woman. So what happens when both heroes find themselves exiled in the land of Valhalla for a thousand years? Will they give in to romantic temptation? Or will a multitude of demons kill them first?