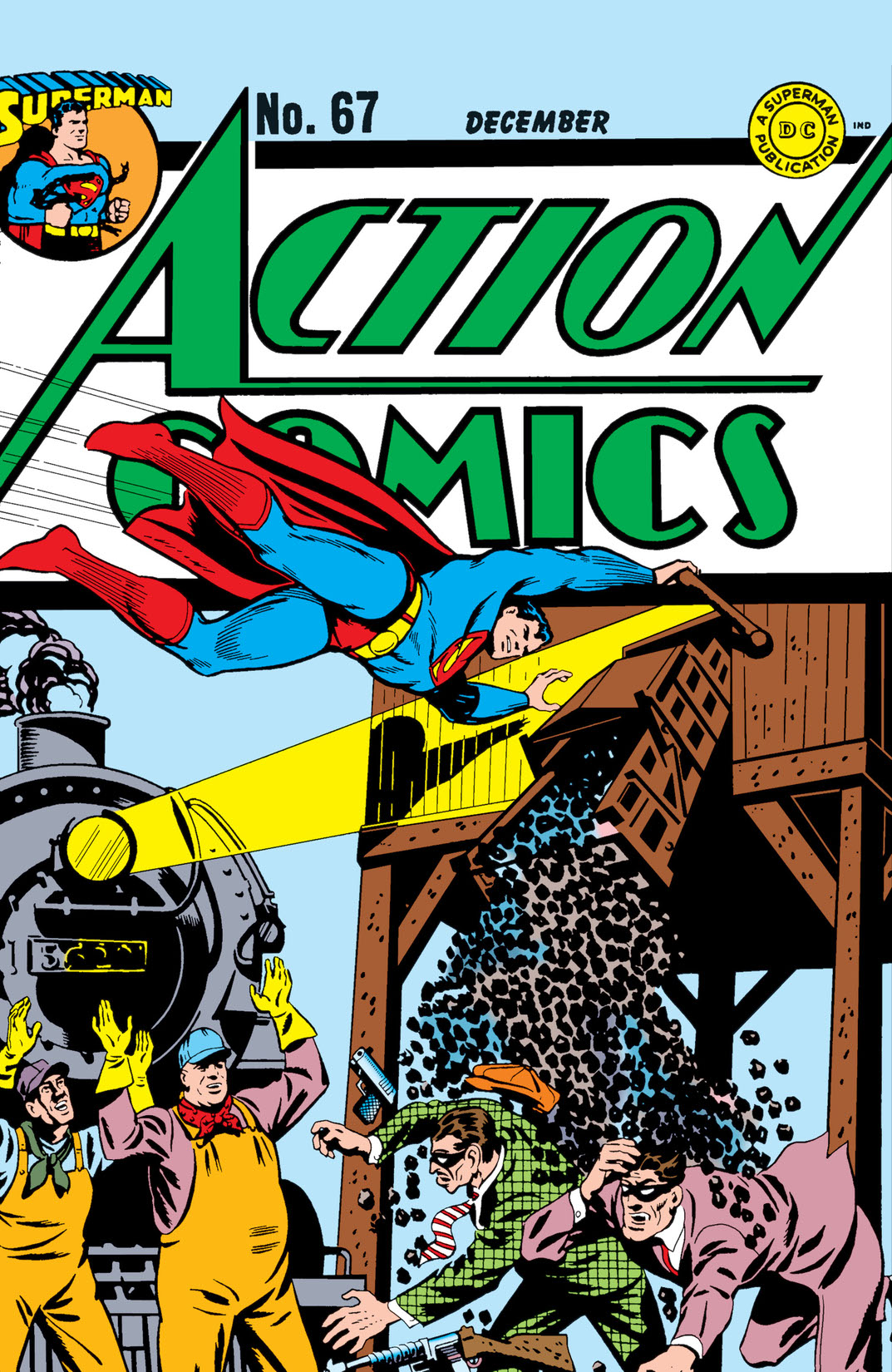 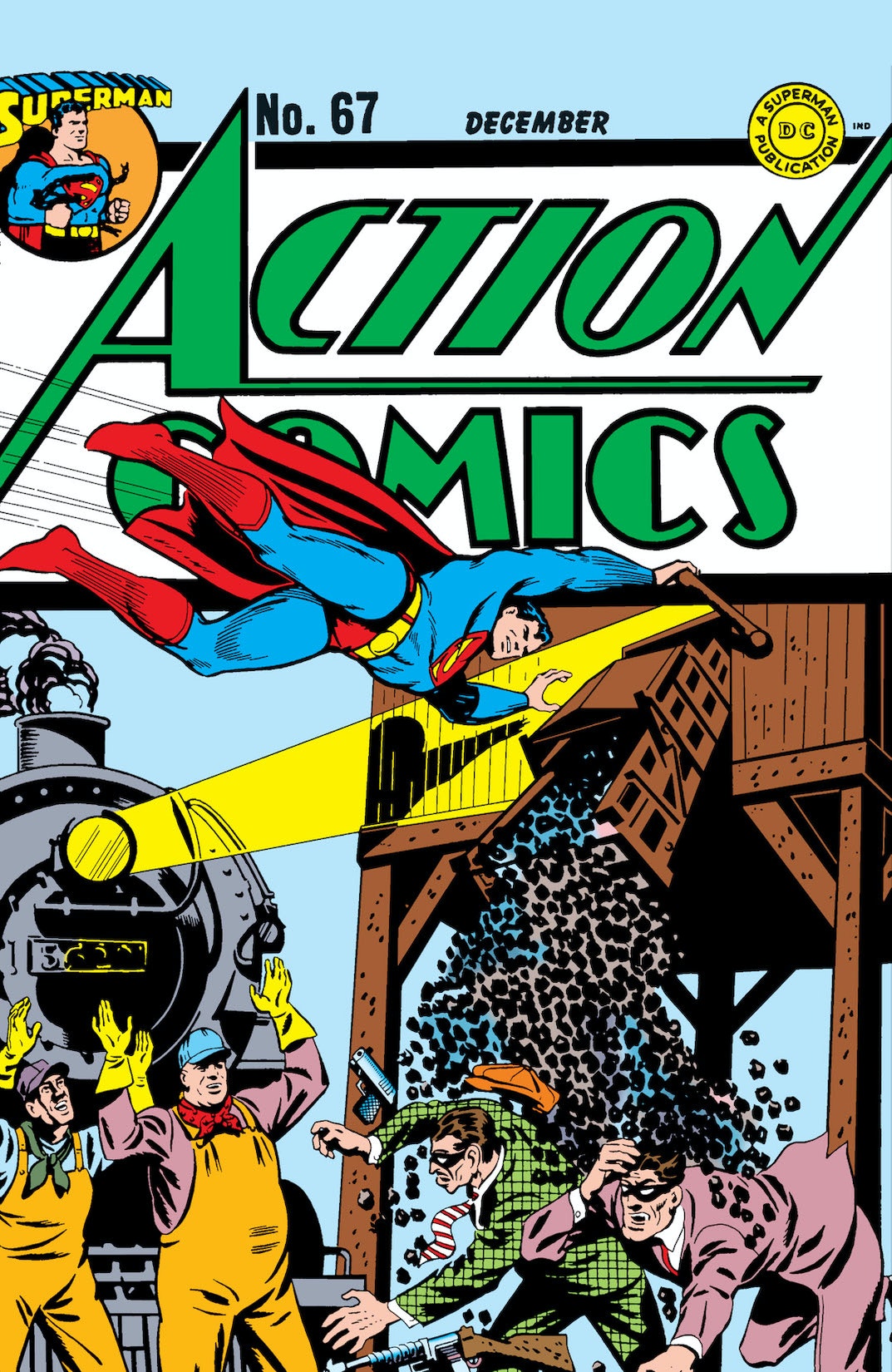 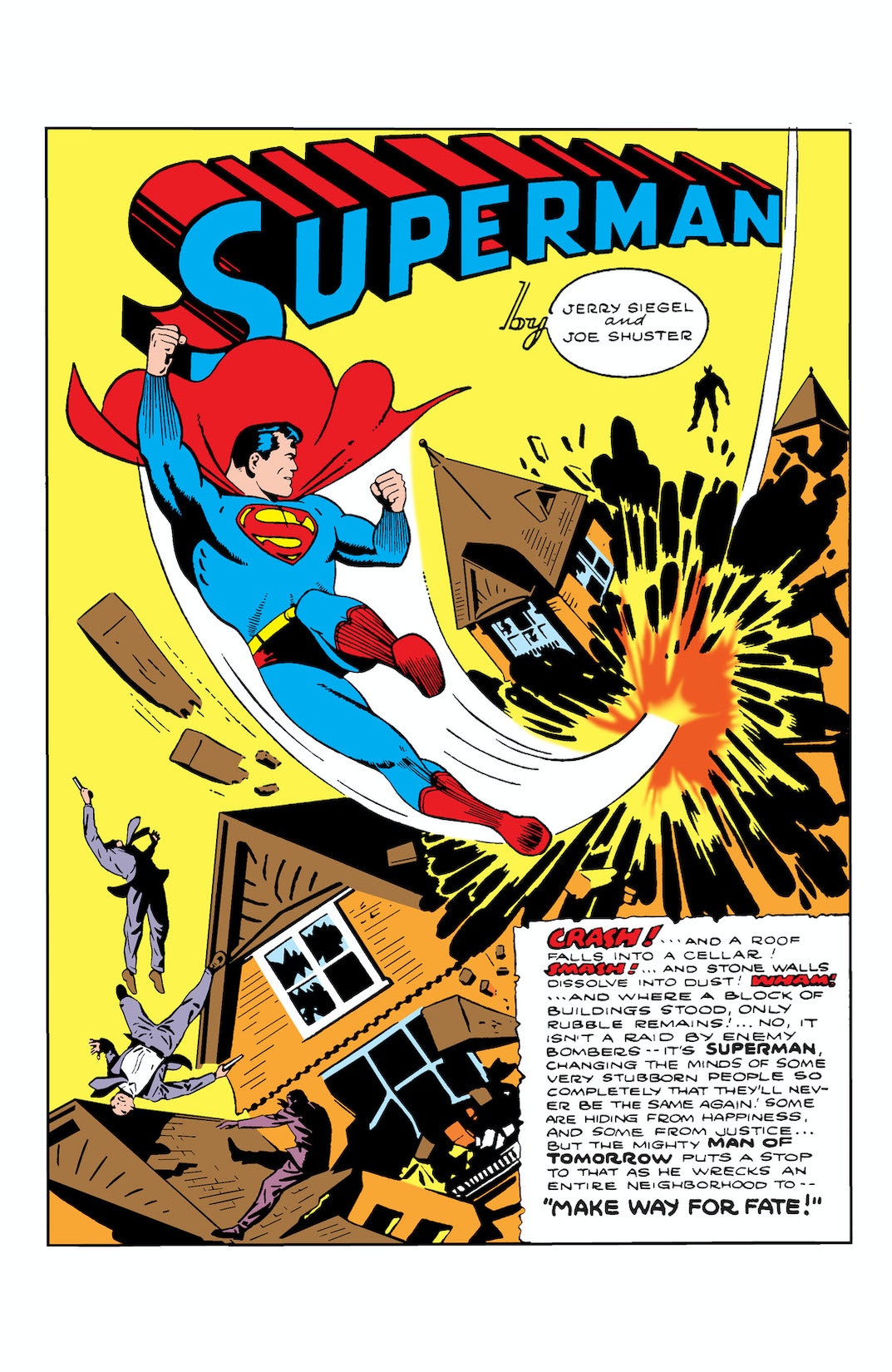 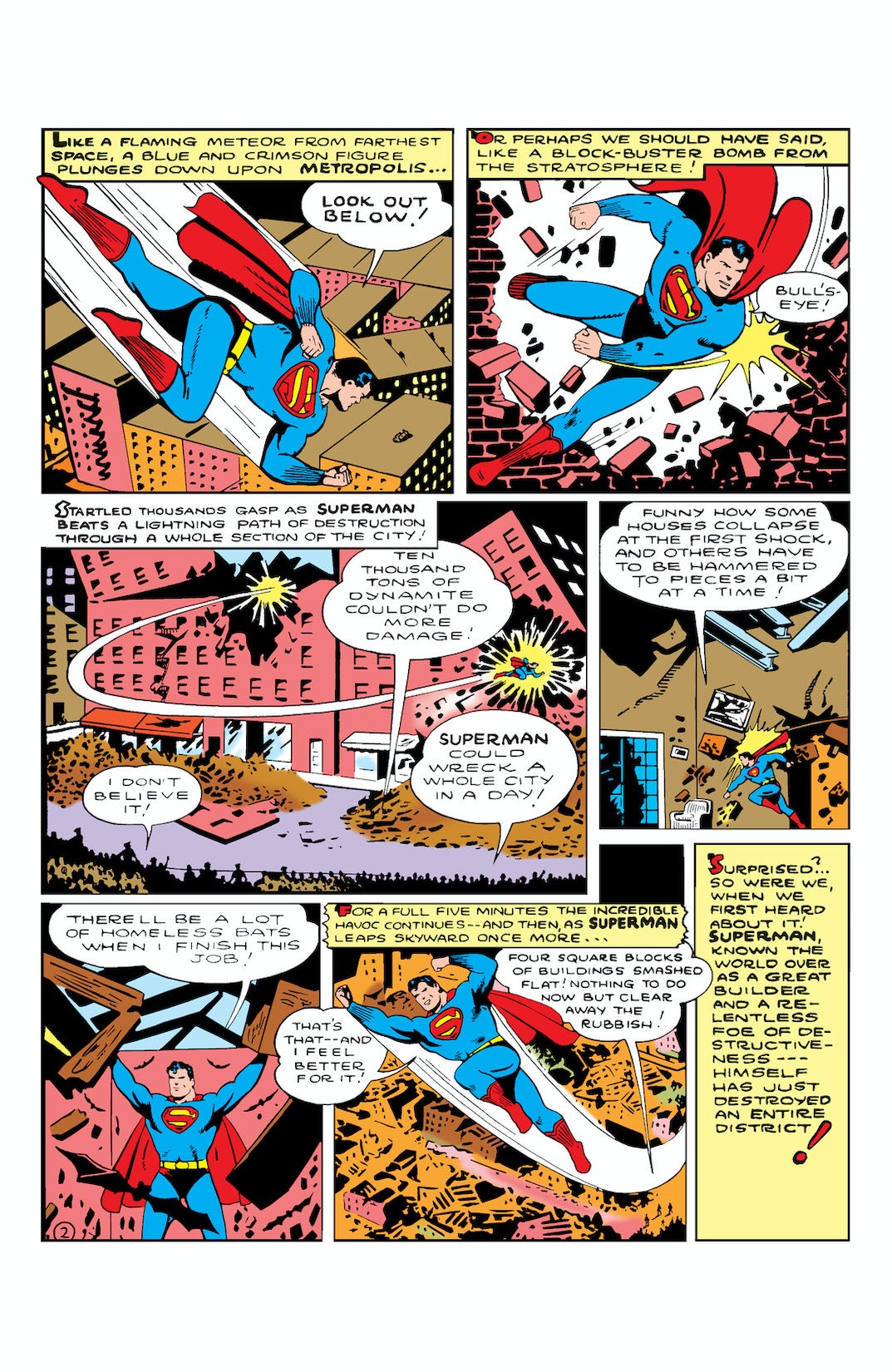 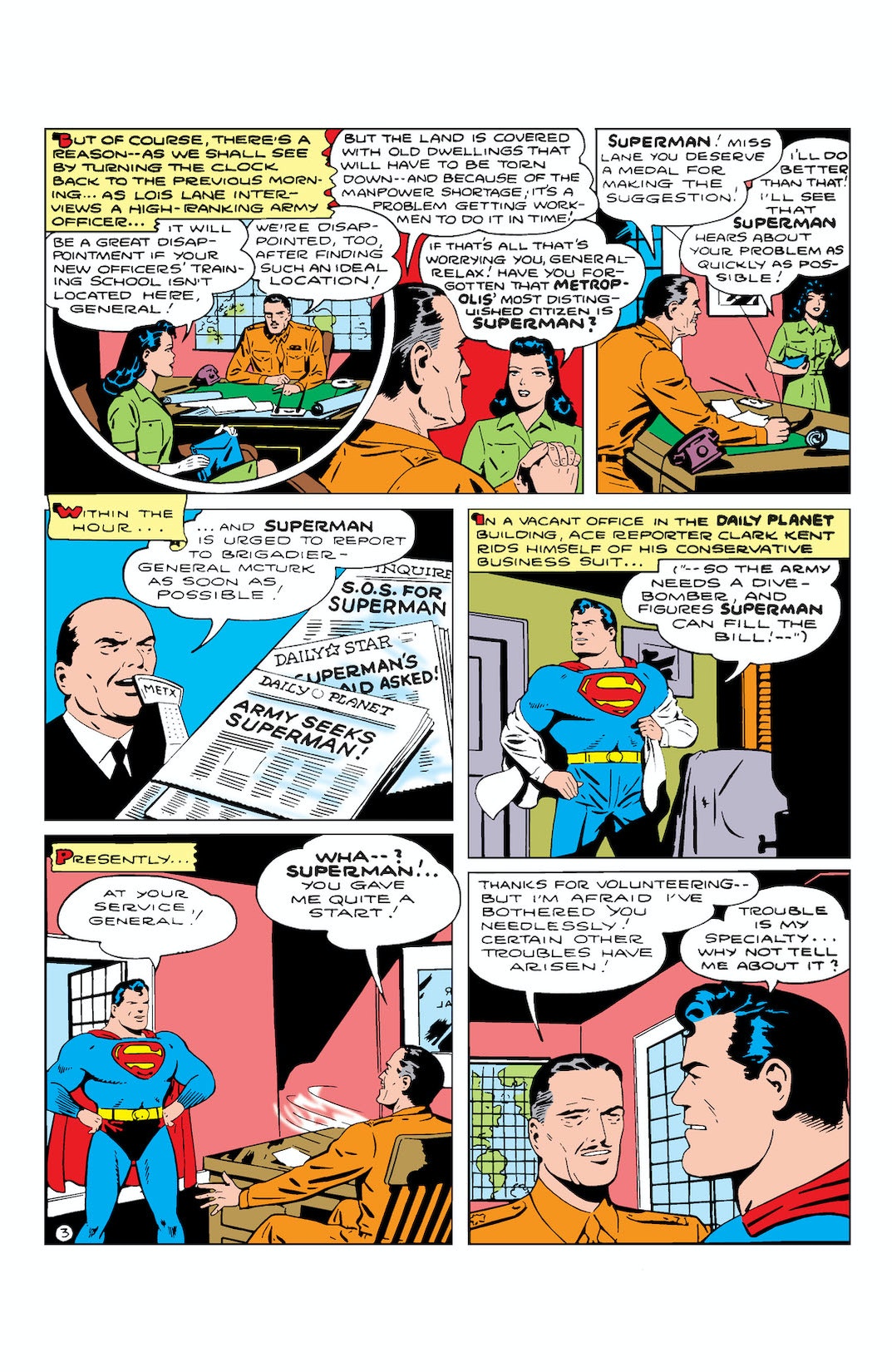 “MAKE WAY FOR FATE!” Superman becomes involved in a government project concerning the tearing down of older homes so that a new Officers’ Training School can be built on that spot. Unfortunately, the criminal element, which has millions of dollars’ worth of stolen goods within the walls of one of those homes, is NOT in favor of such a project.