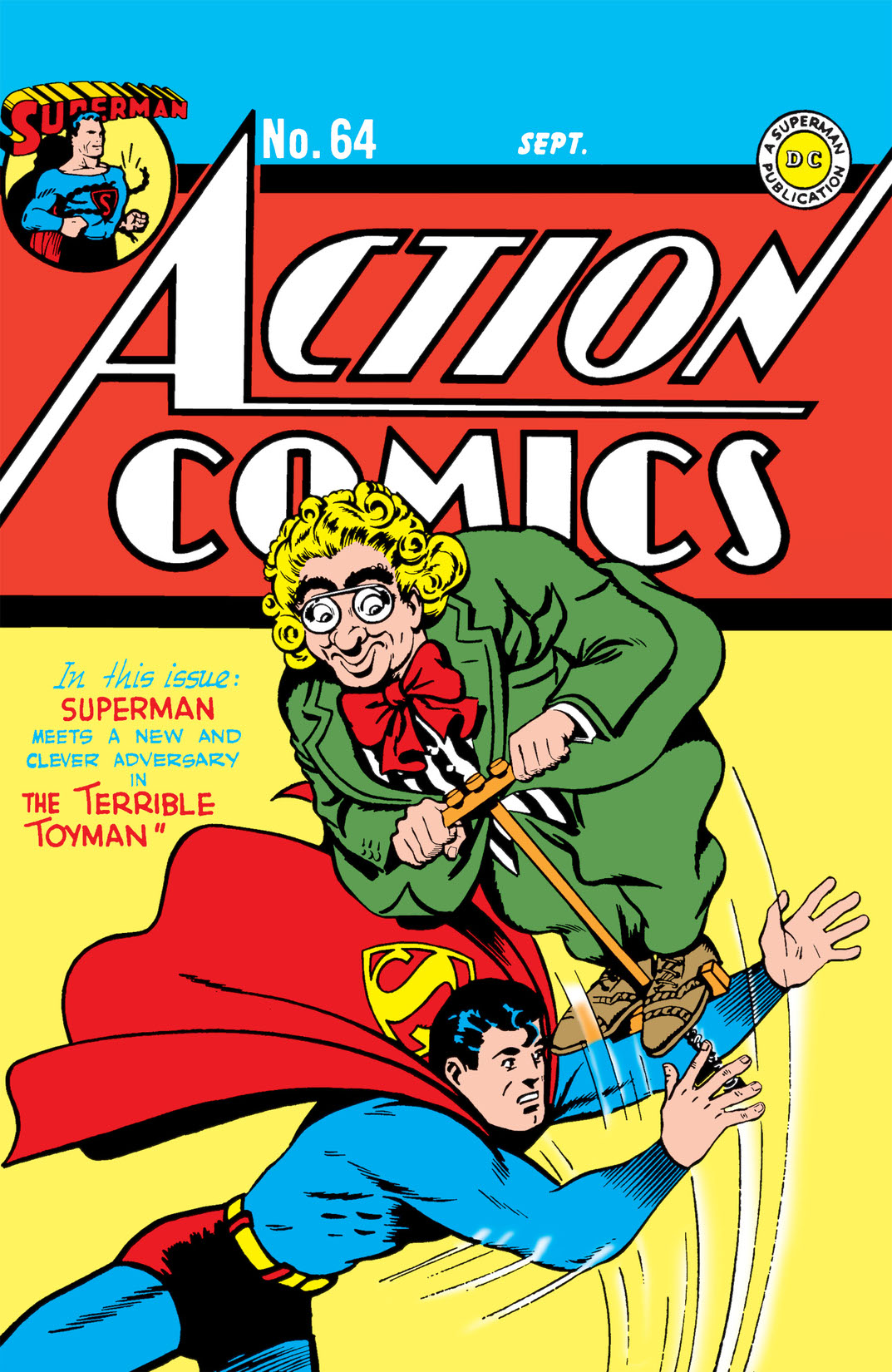 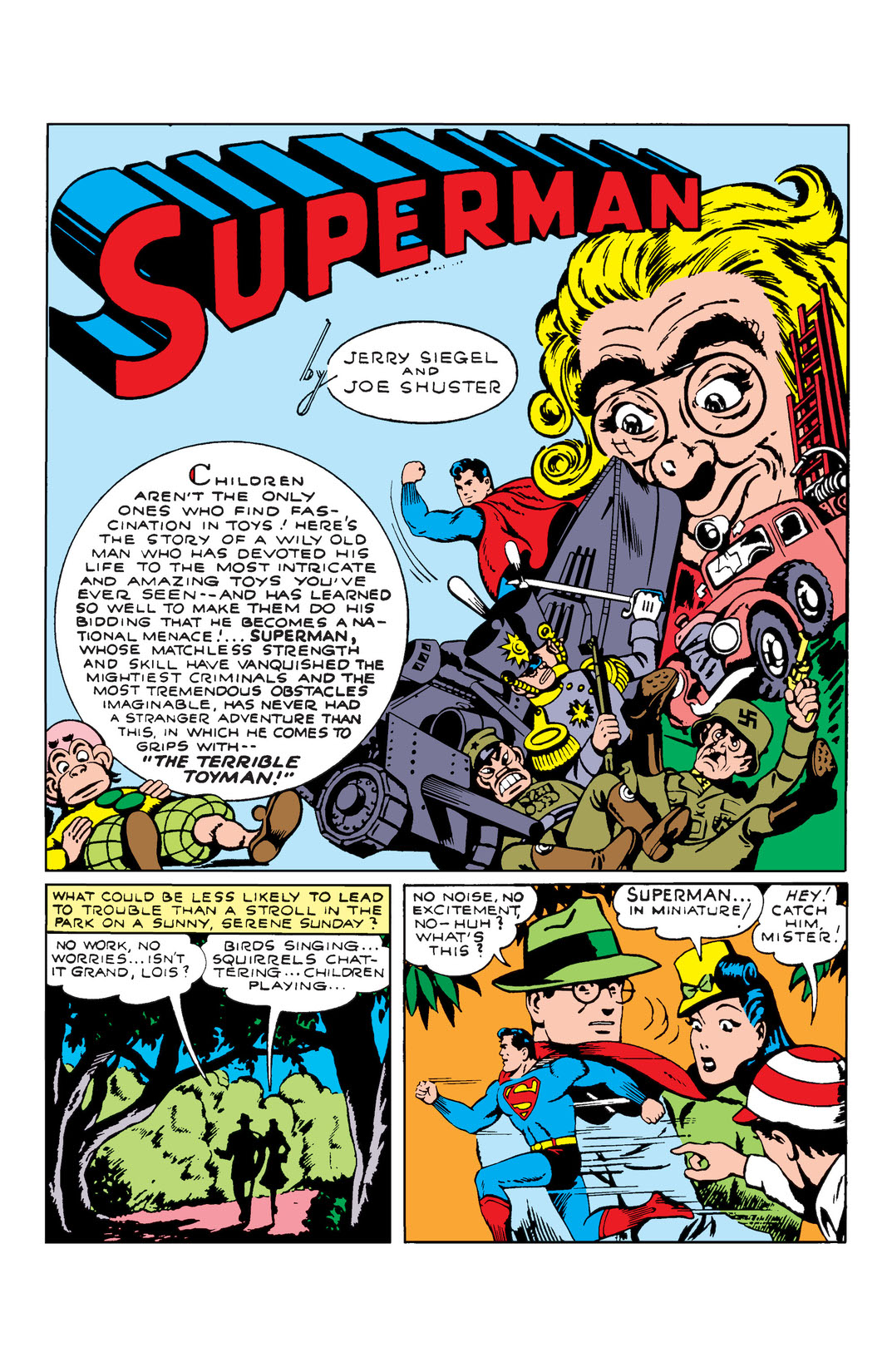 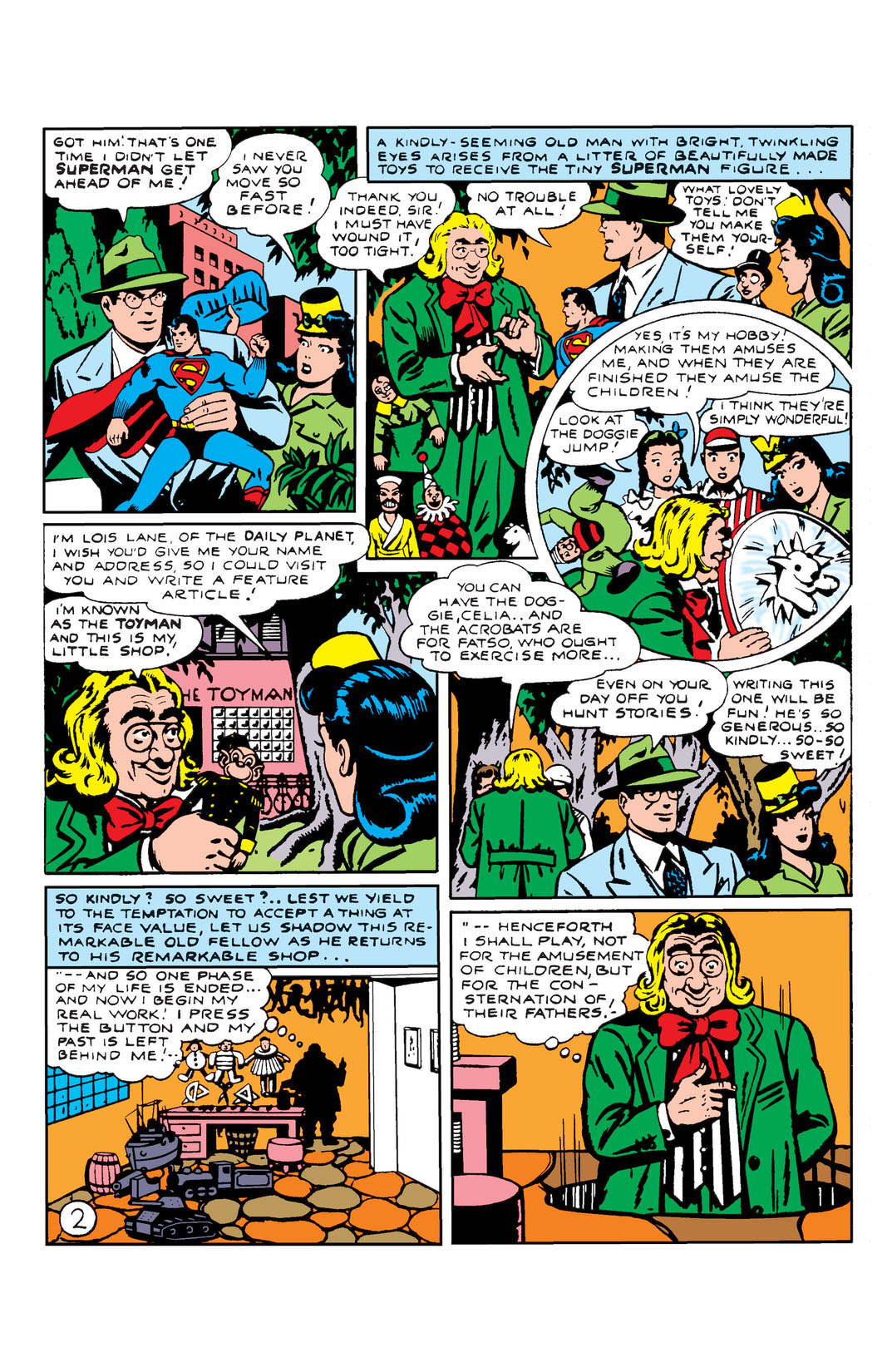 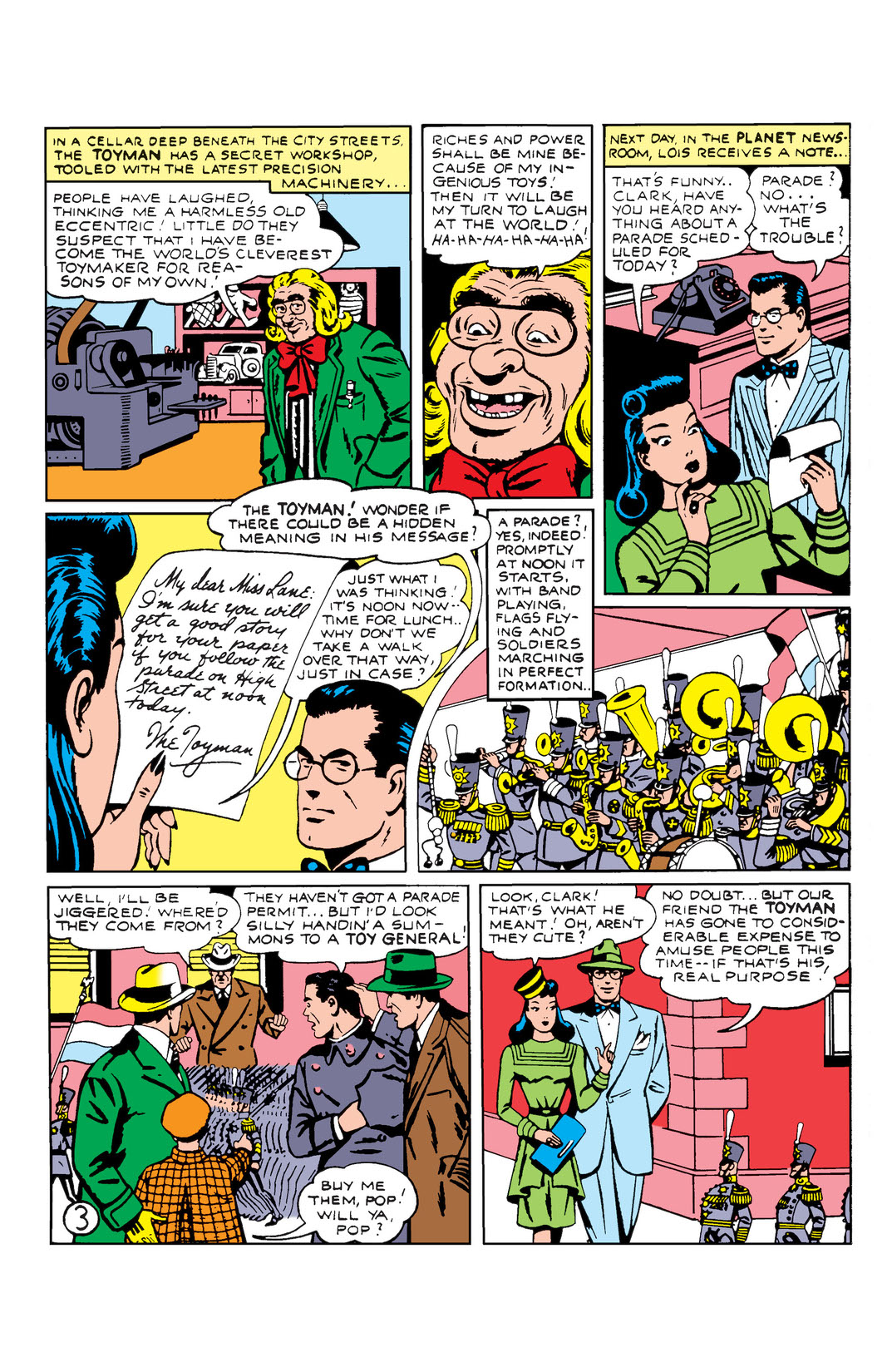 “THE TERRIBLE TOYMAN.” The Toyman uses toys to commit two robberies, but after Superman foils his third robbery, the Toyman snatches Lois Lane and threatens to kill her unless his demands are met!