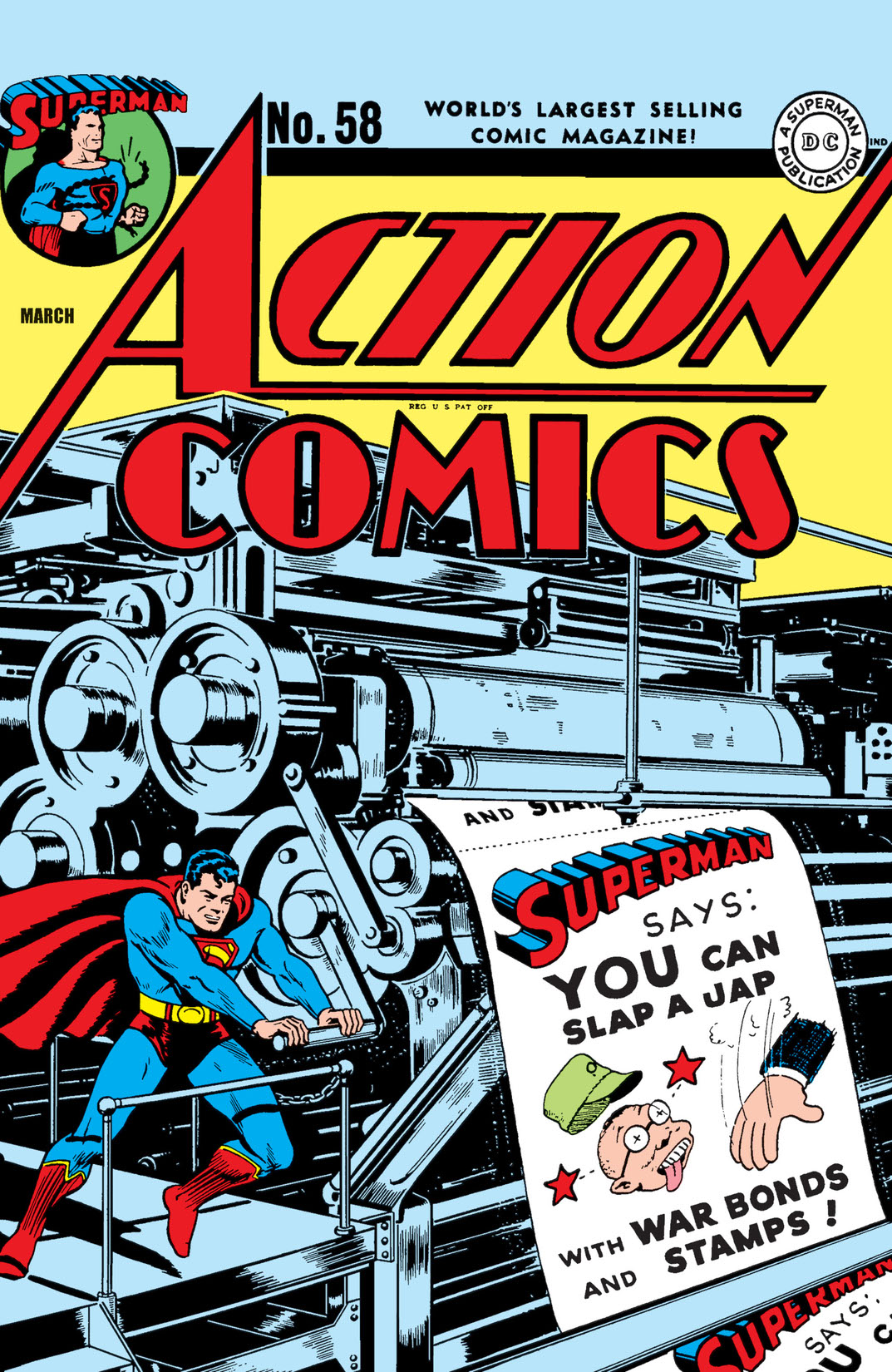 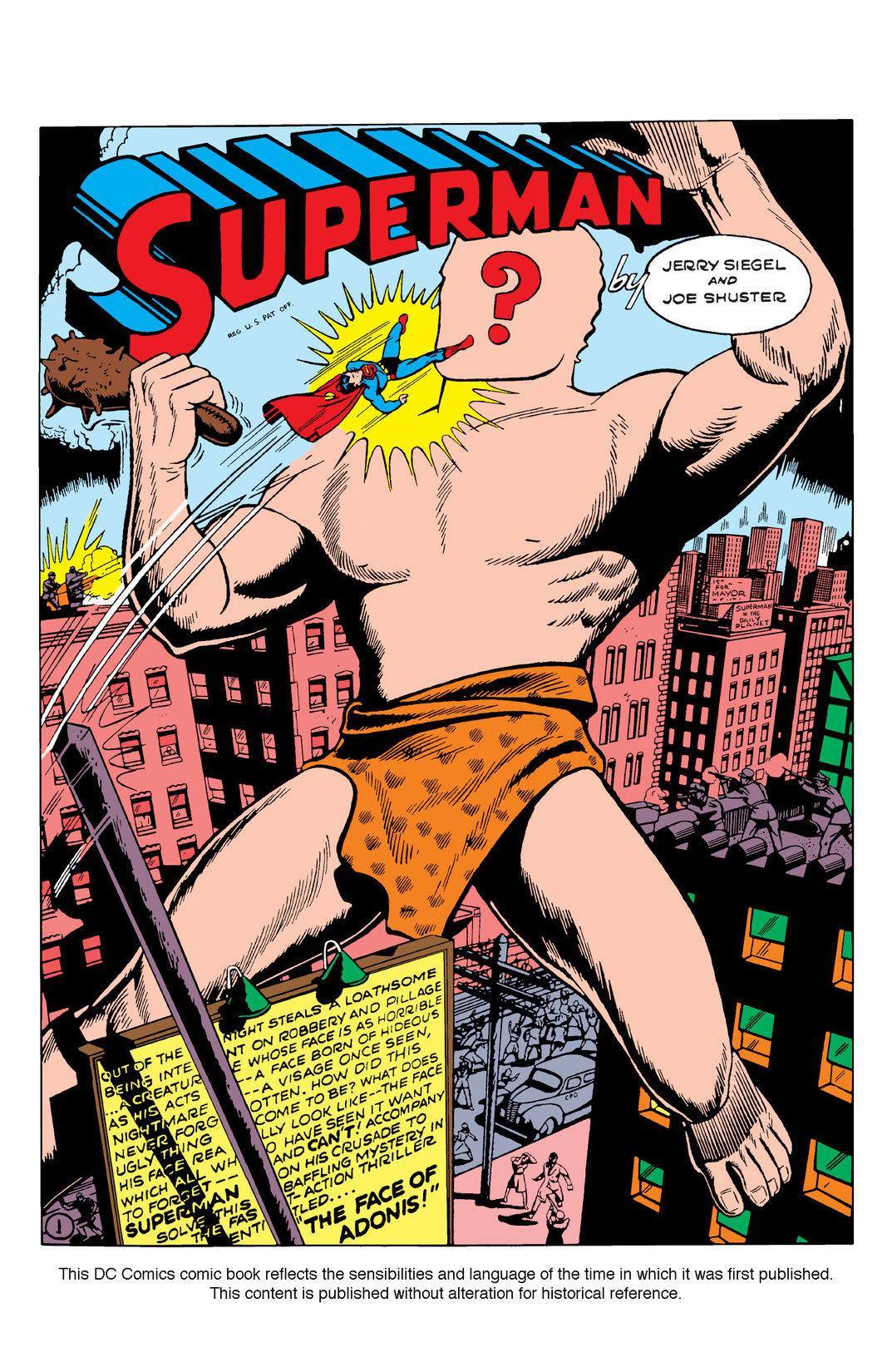 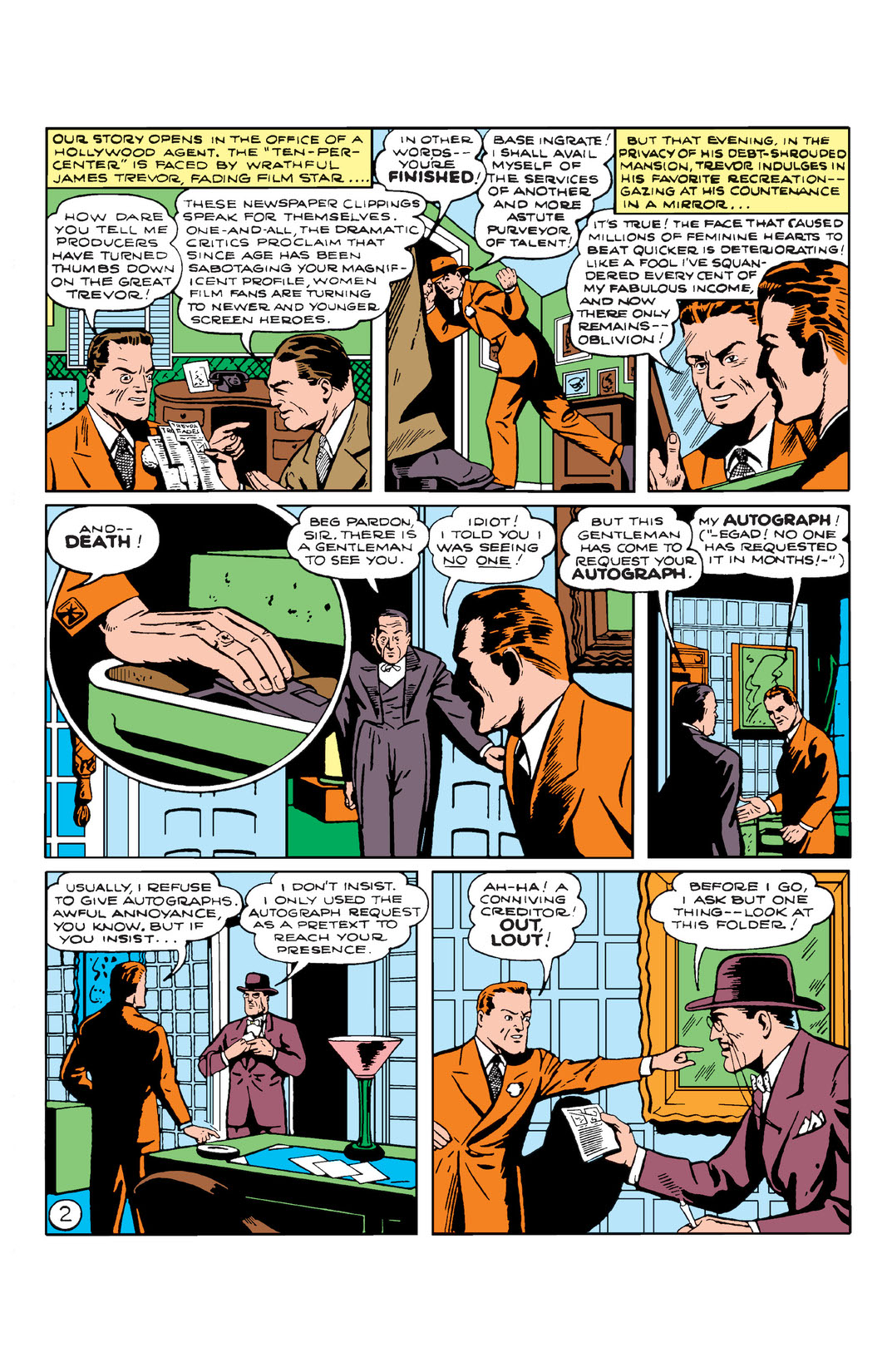 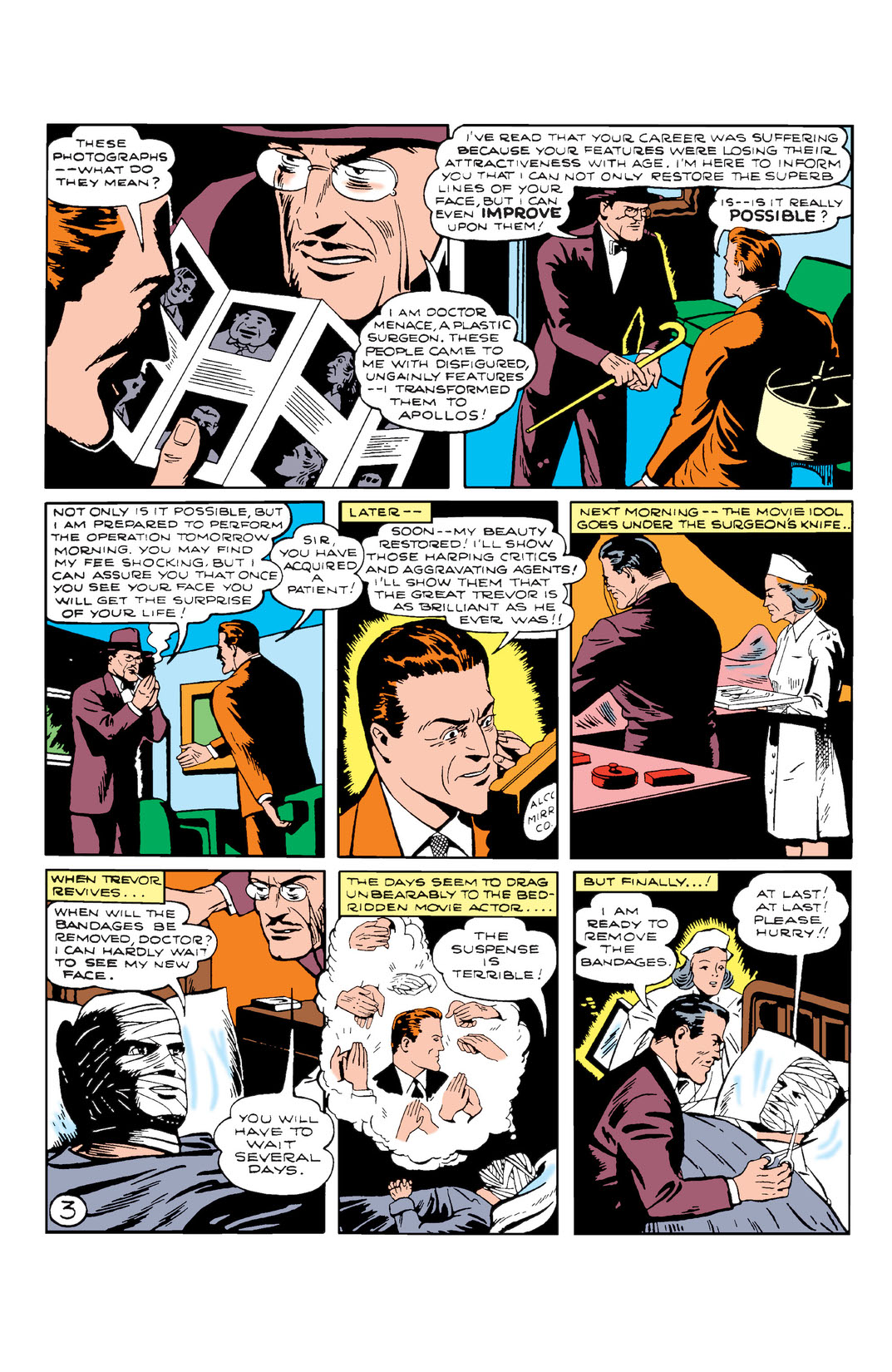 “THE FACE OF ADONIS.” Fading film star James Trevor gets plastic surgery done by Dr. Menace, who reveals that he has made Trevor hideously ugly. But if Trevor agrees to obey Menace’s every command for a month, the doctor will fulfill his promise of restoring Trevor’s looks! This DC Comics comic book reflects the sensibilities and language of the time in which it was first published. This content is published without alteration for historical reference.