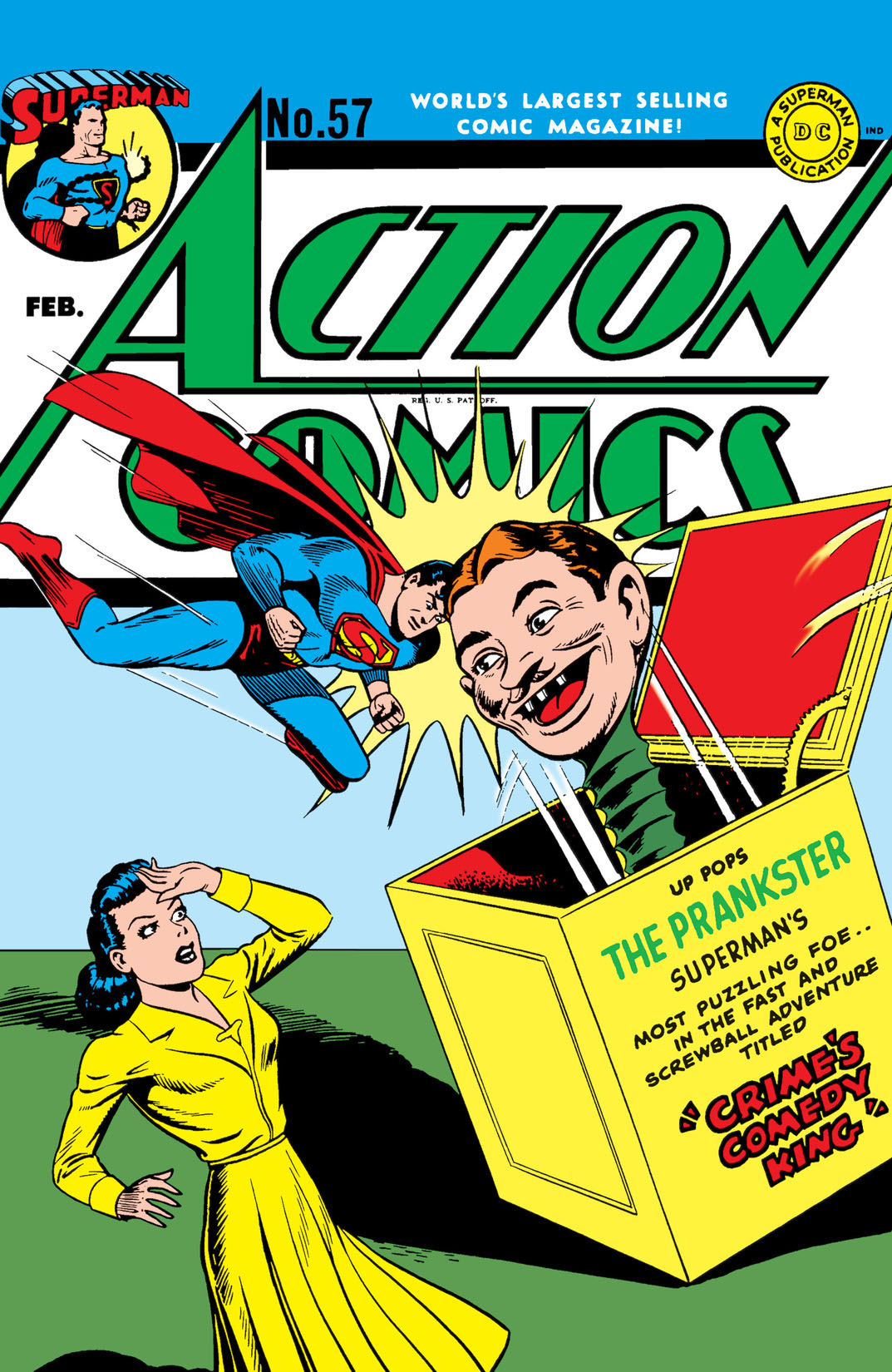 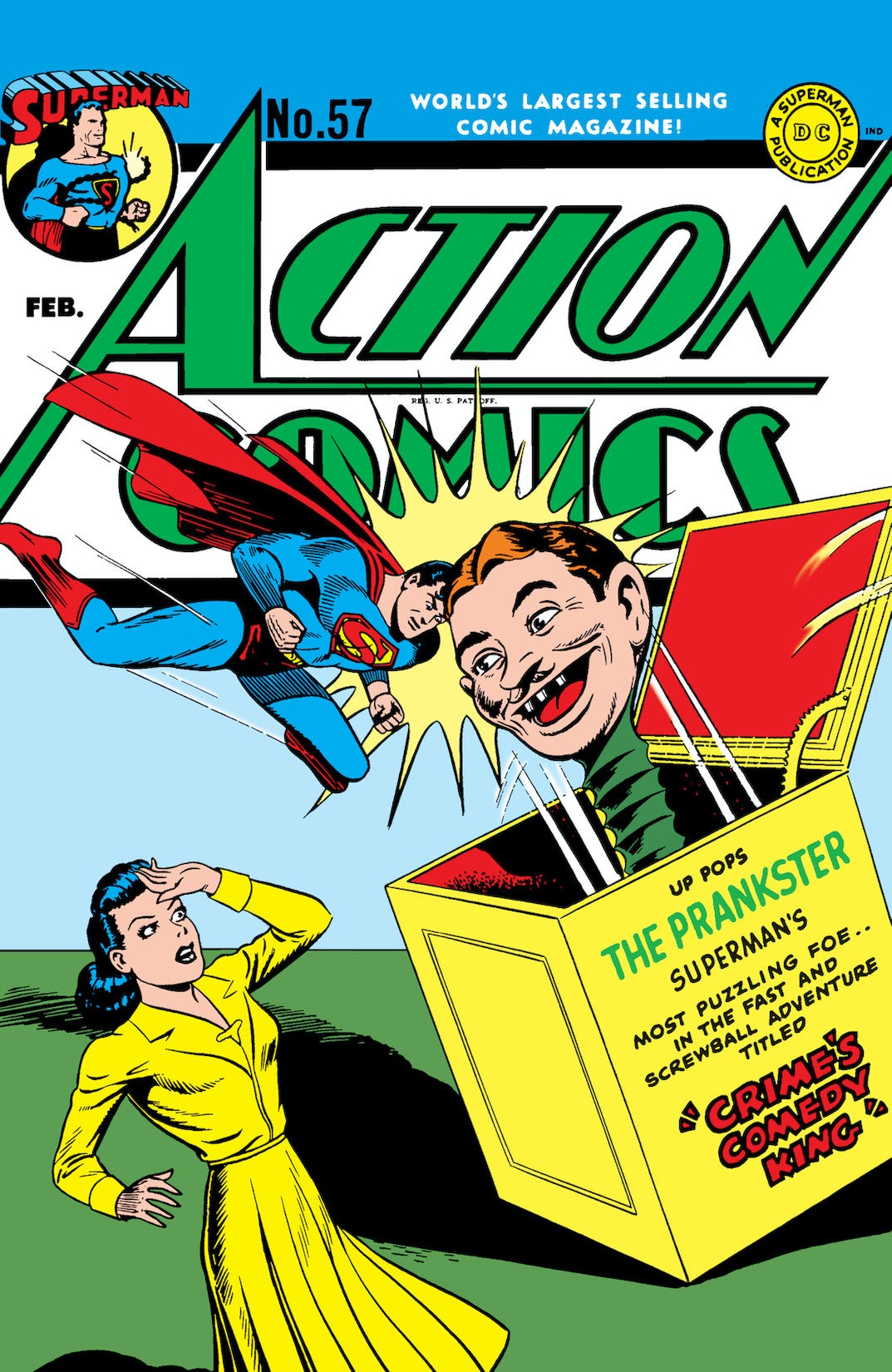 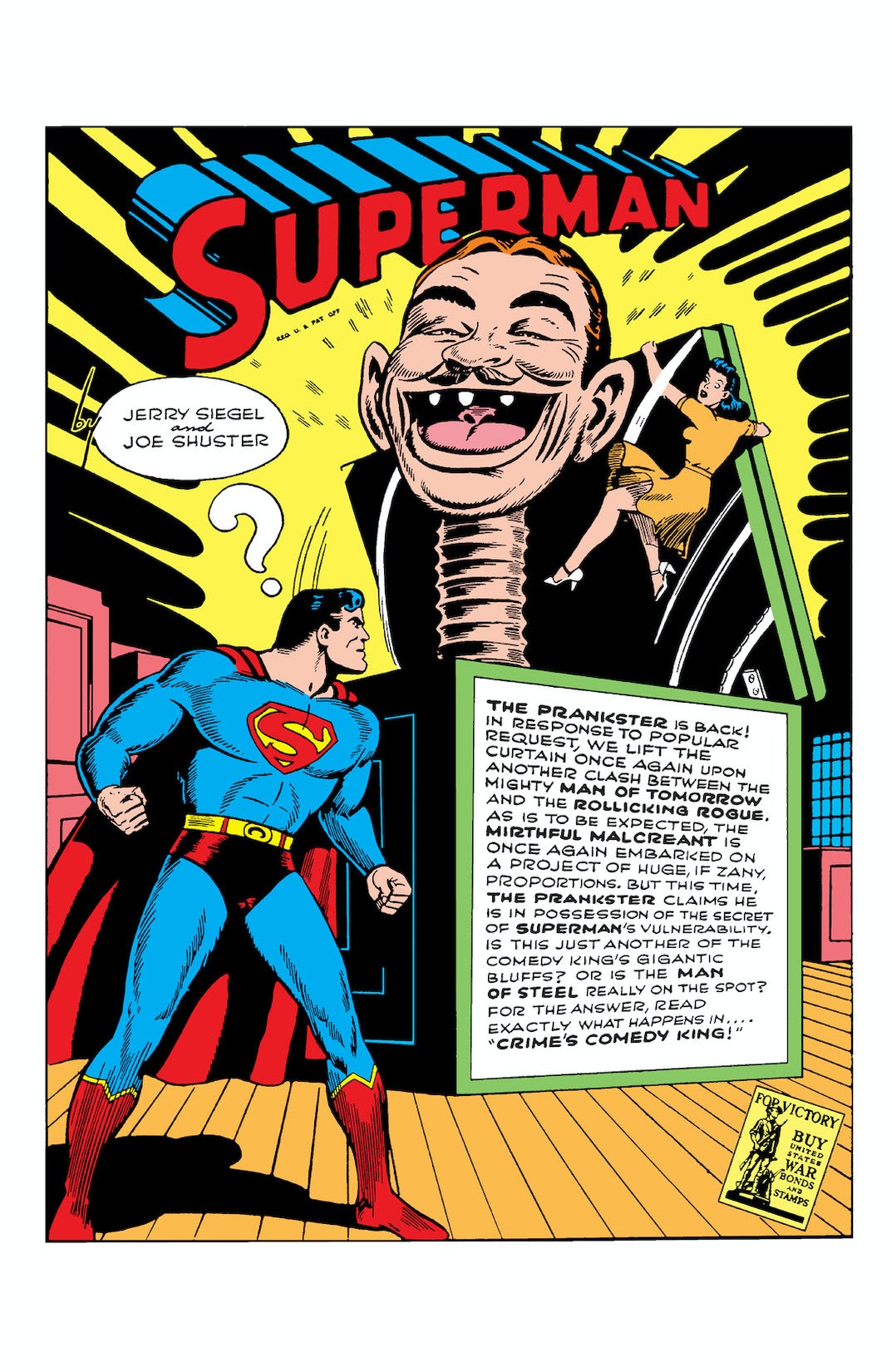 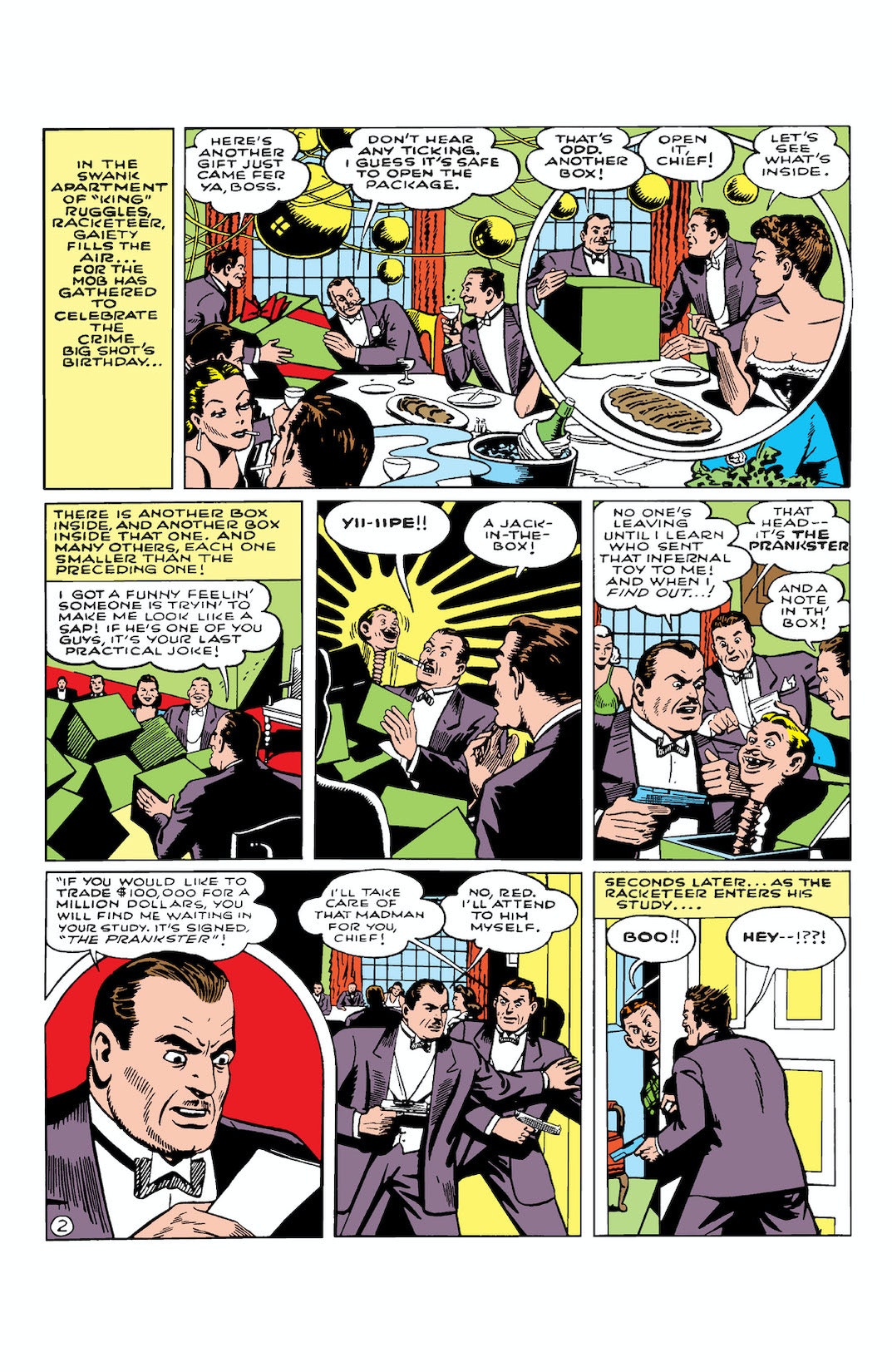 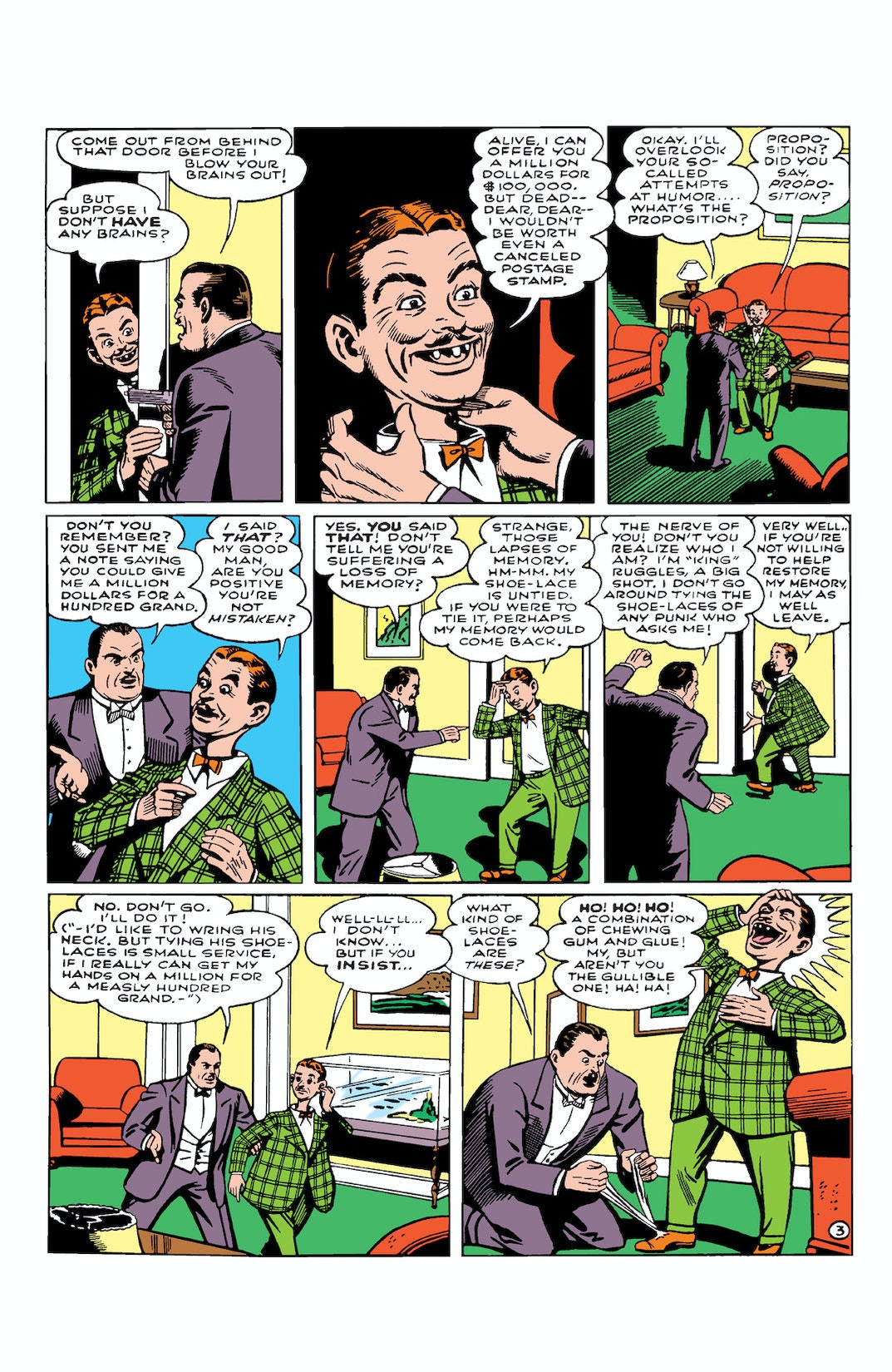 “CRIME’S COMEDY KING.” The Prankster creates an organization called the Appreciation Society as a front for robberies. Things get much worse for the Man of Steel as the Prankster also claims to have discovered Superman’s weakness!