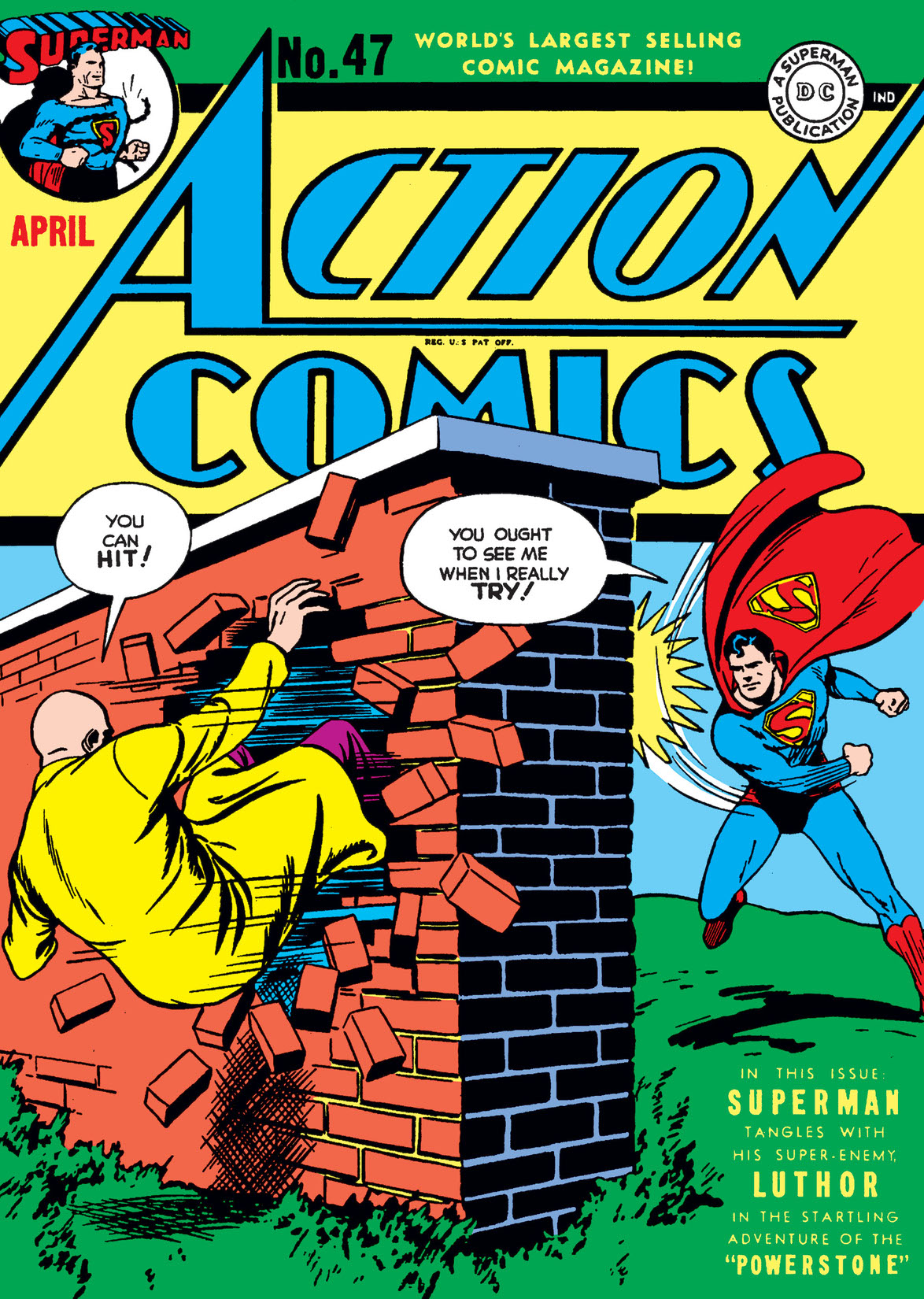 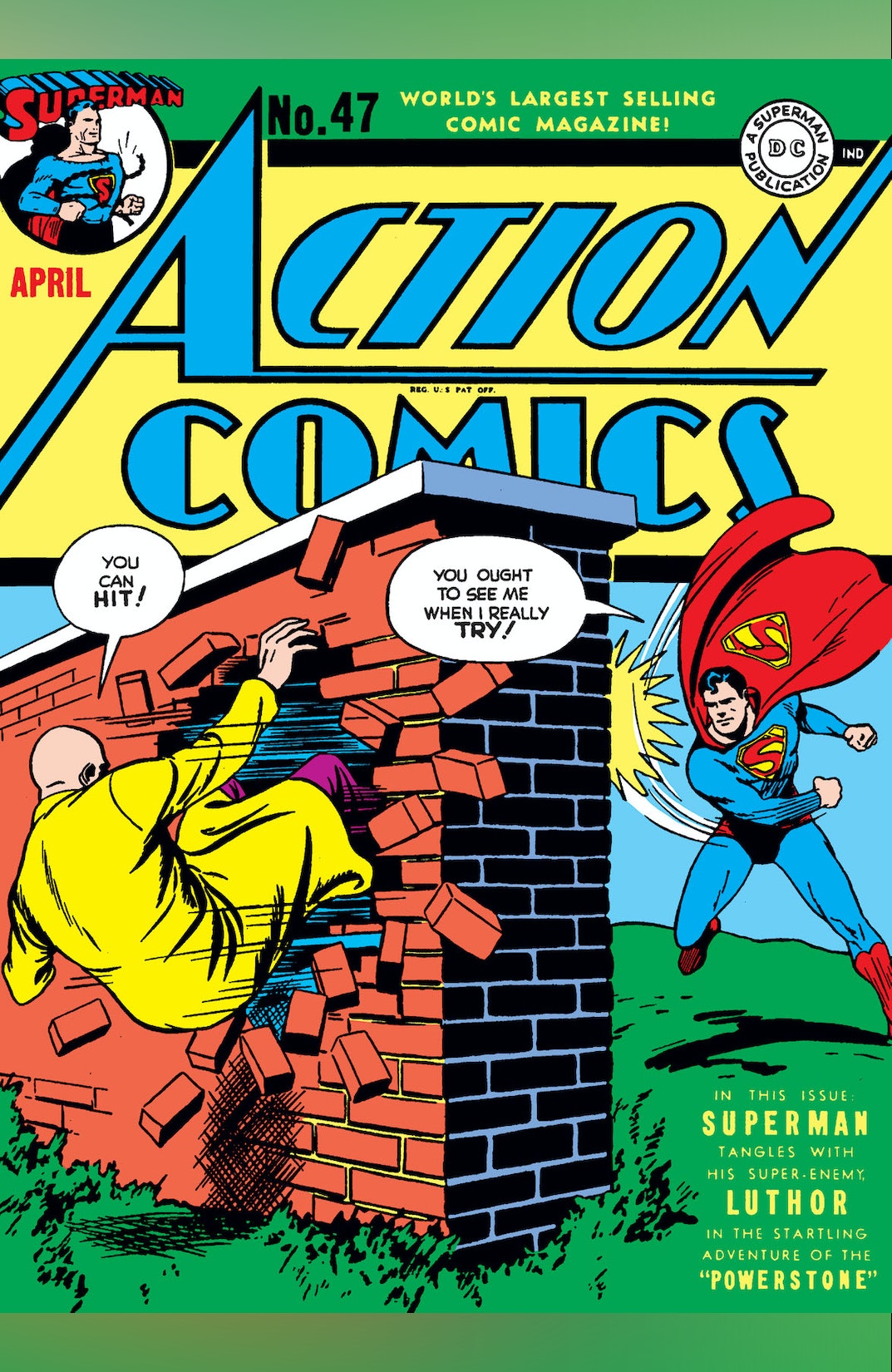 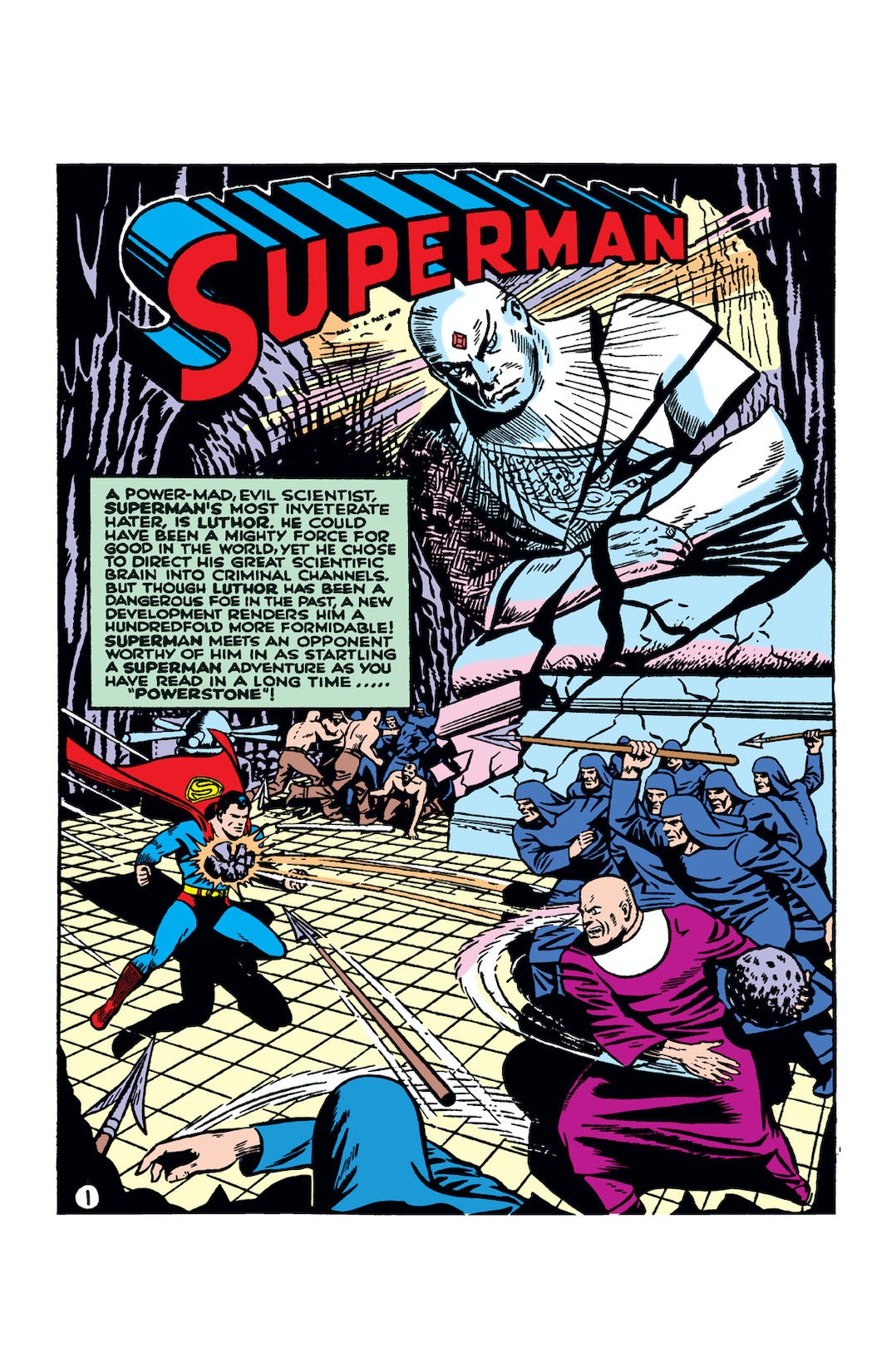 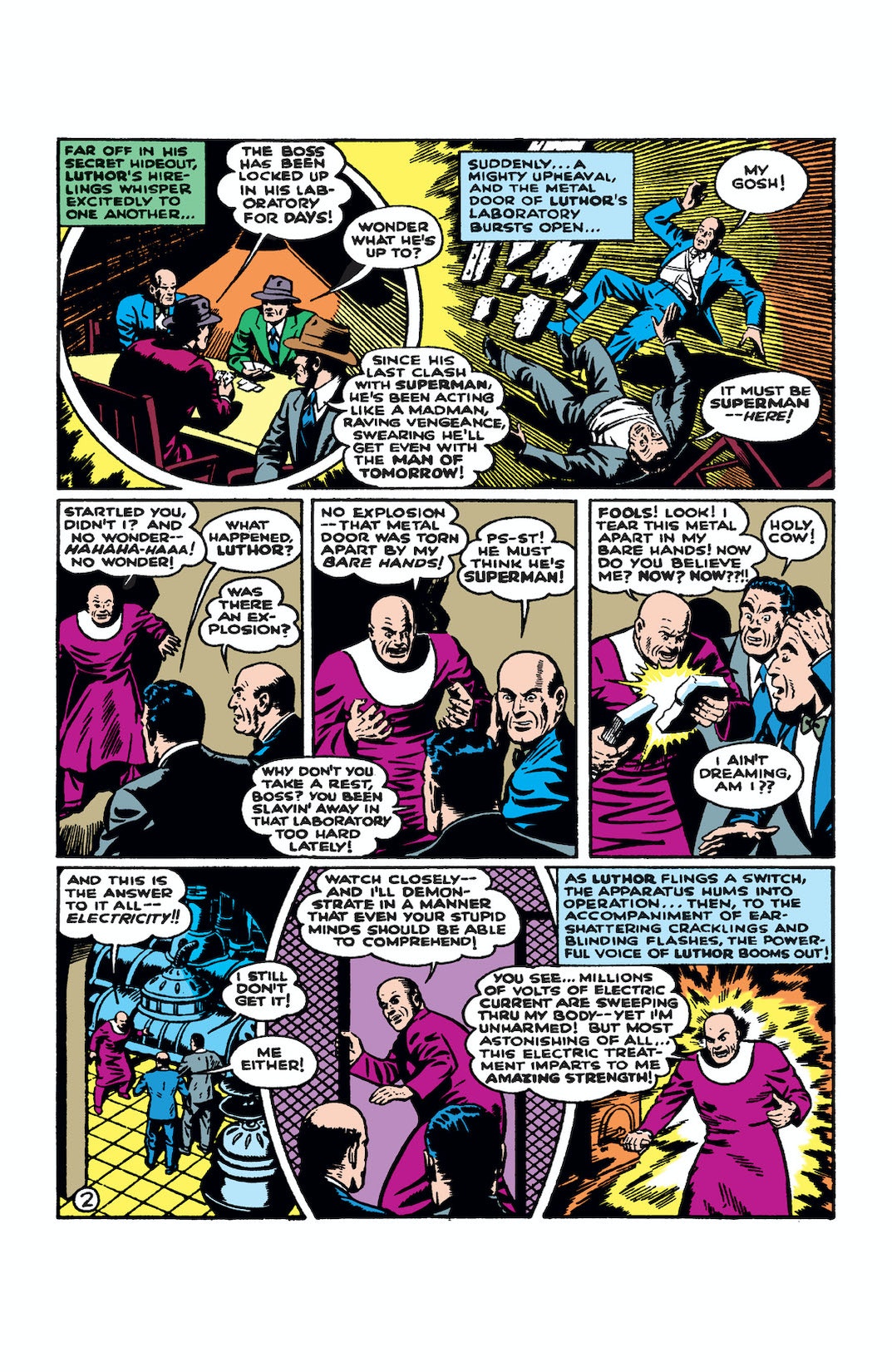 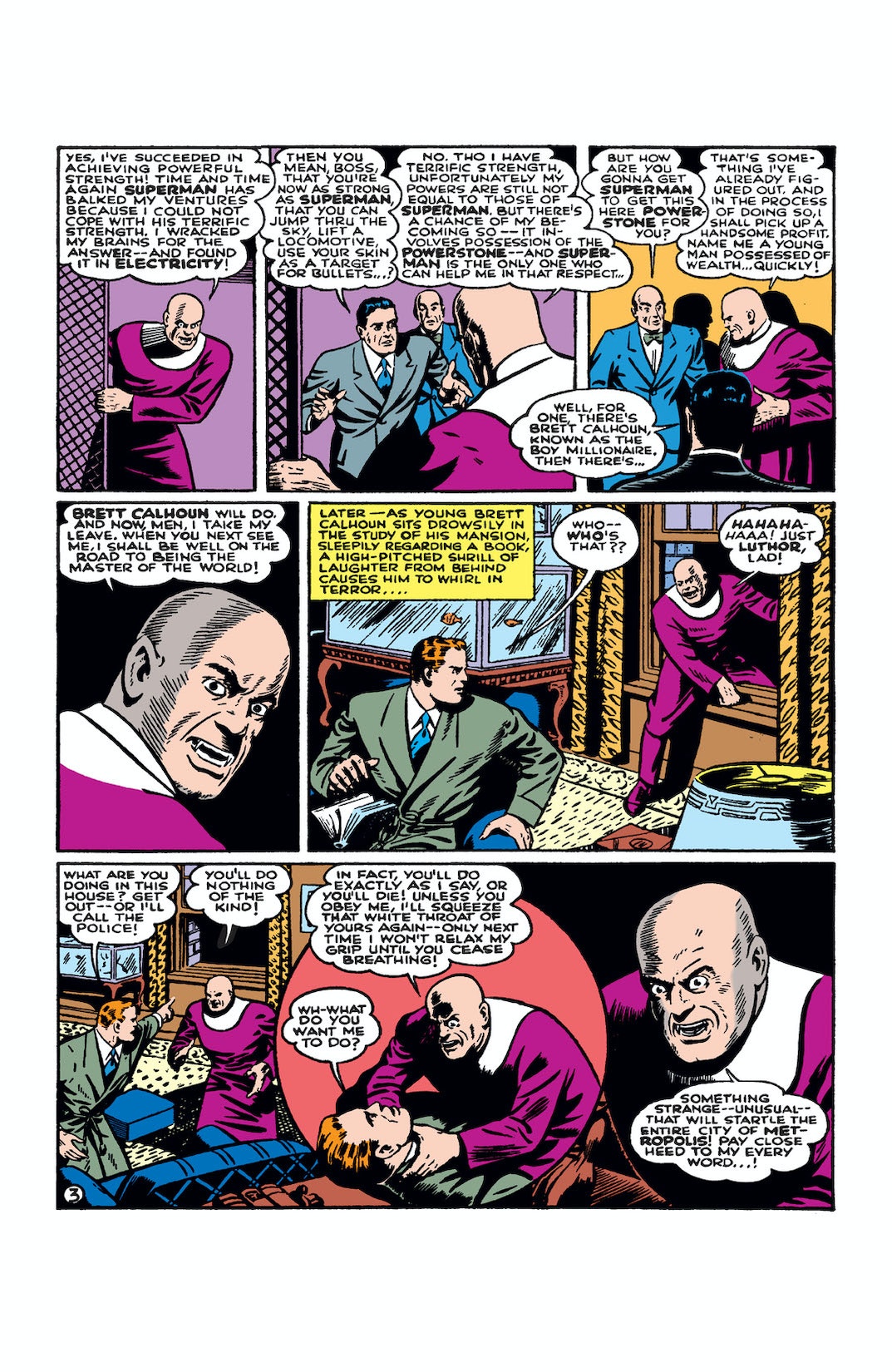 “POWERSTONE!” The treacherous Lex Luthor gains super-strength in order to battle Superman in hand-to-hand combat after Brett Calhoun announces that he is going to give away half of his fortune to anyone who can prove himself the worthiest man in Metropolis.