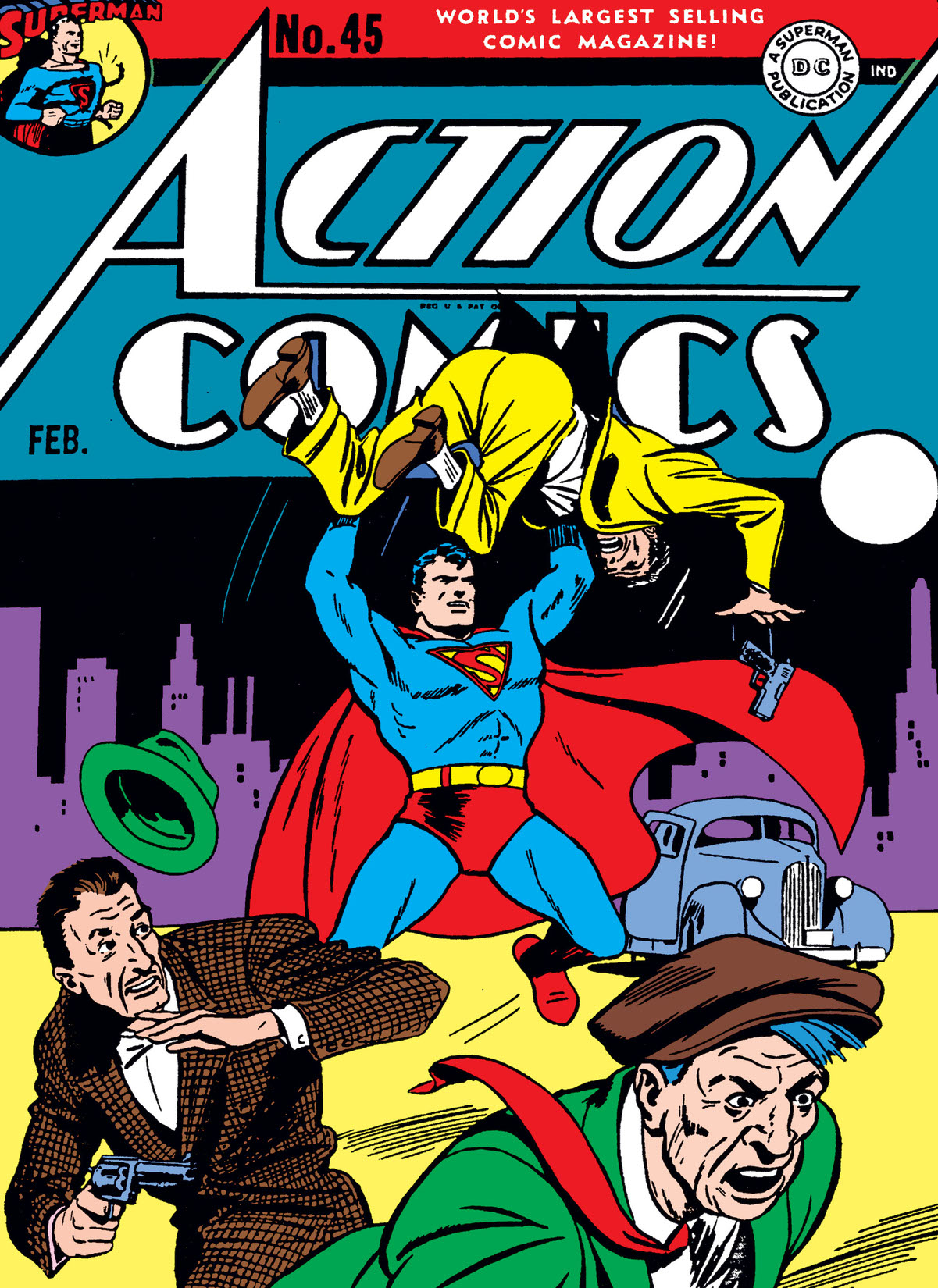 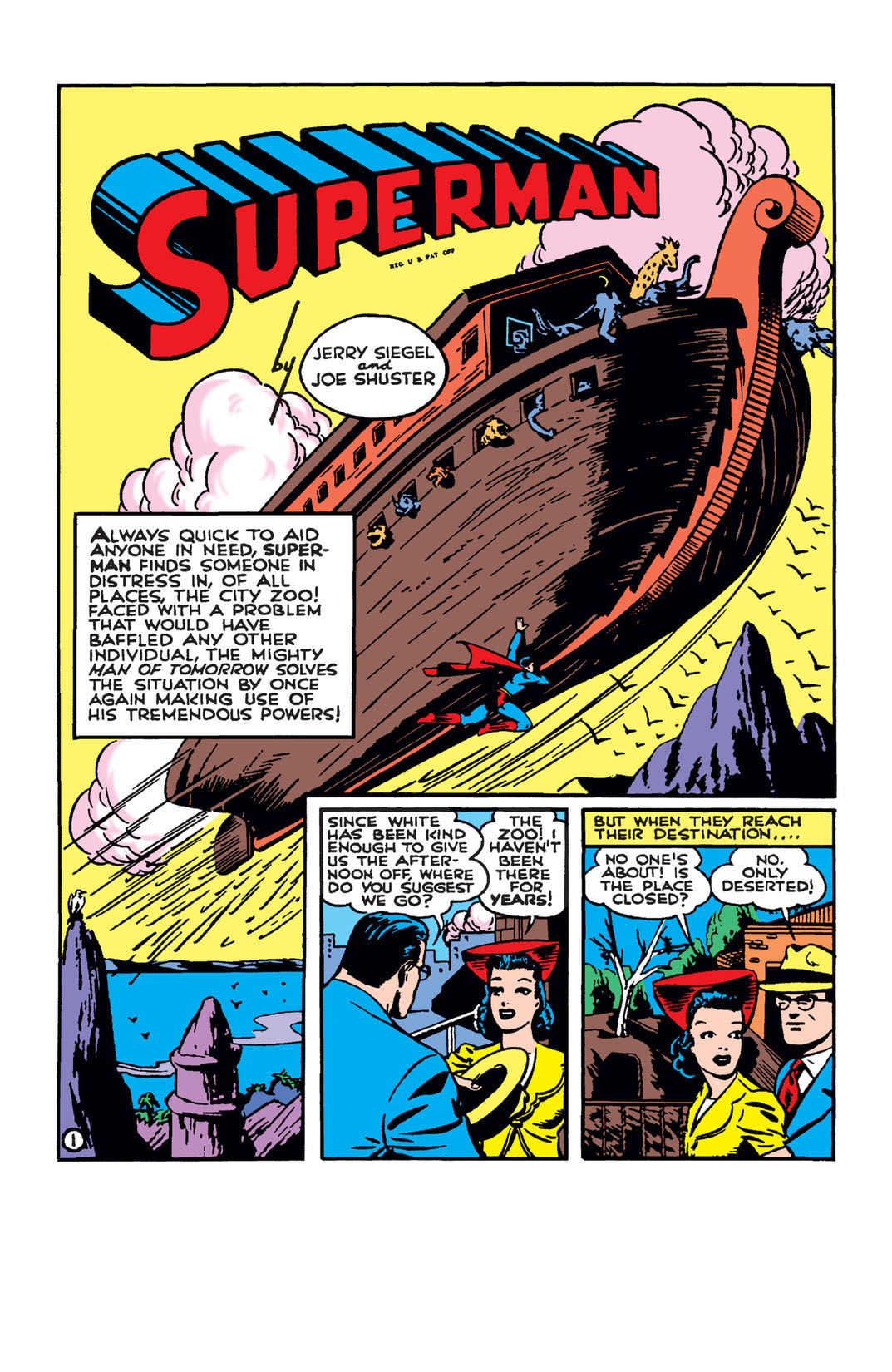 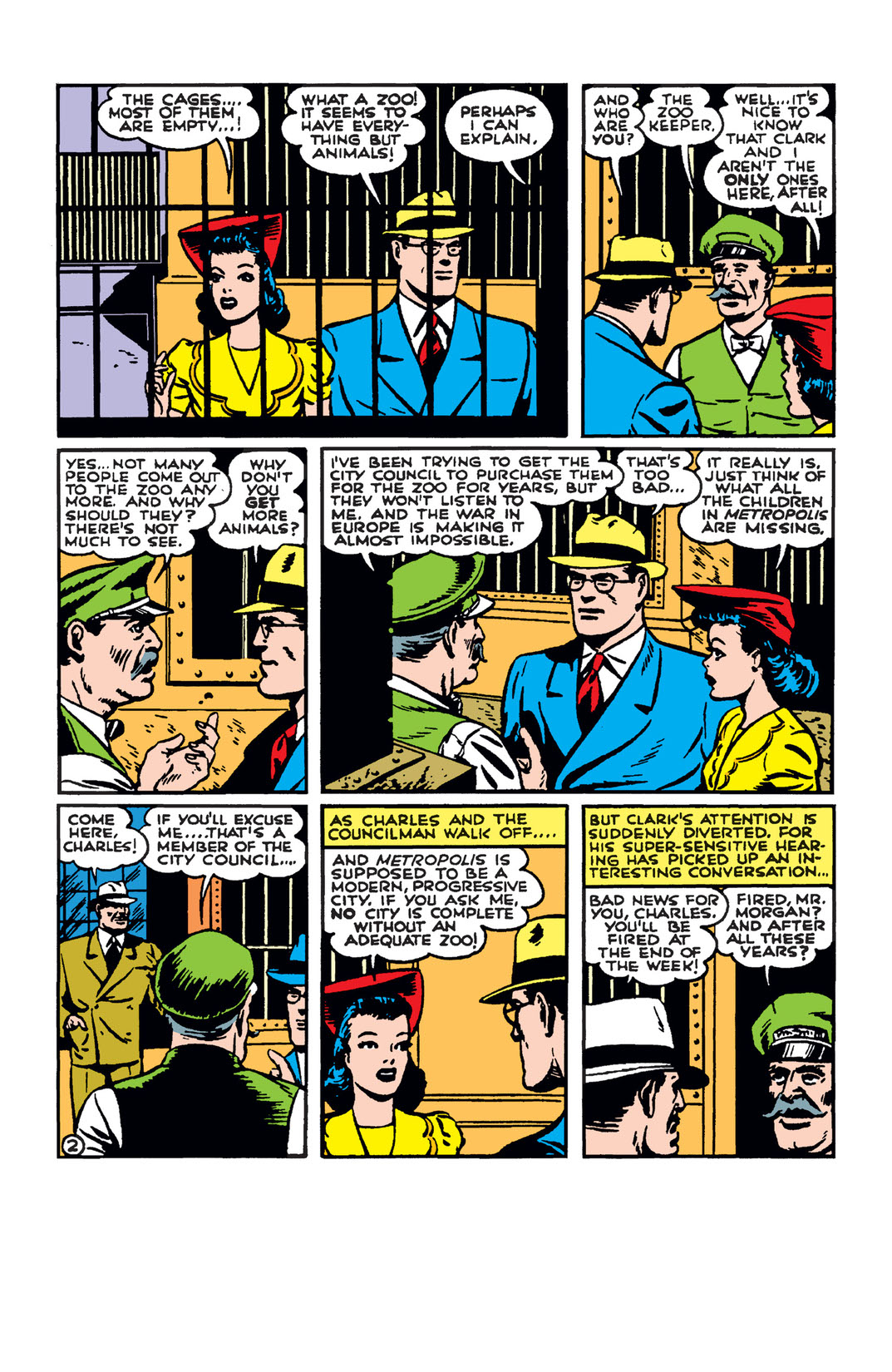 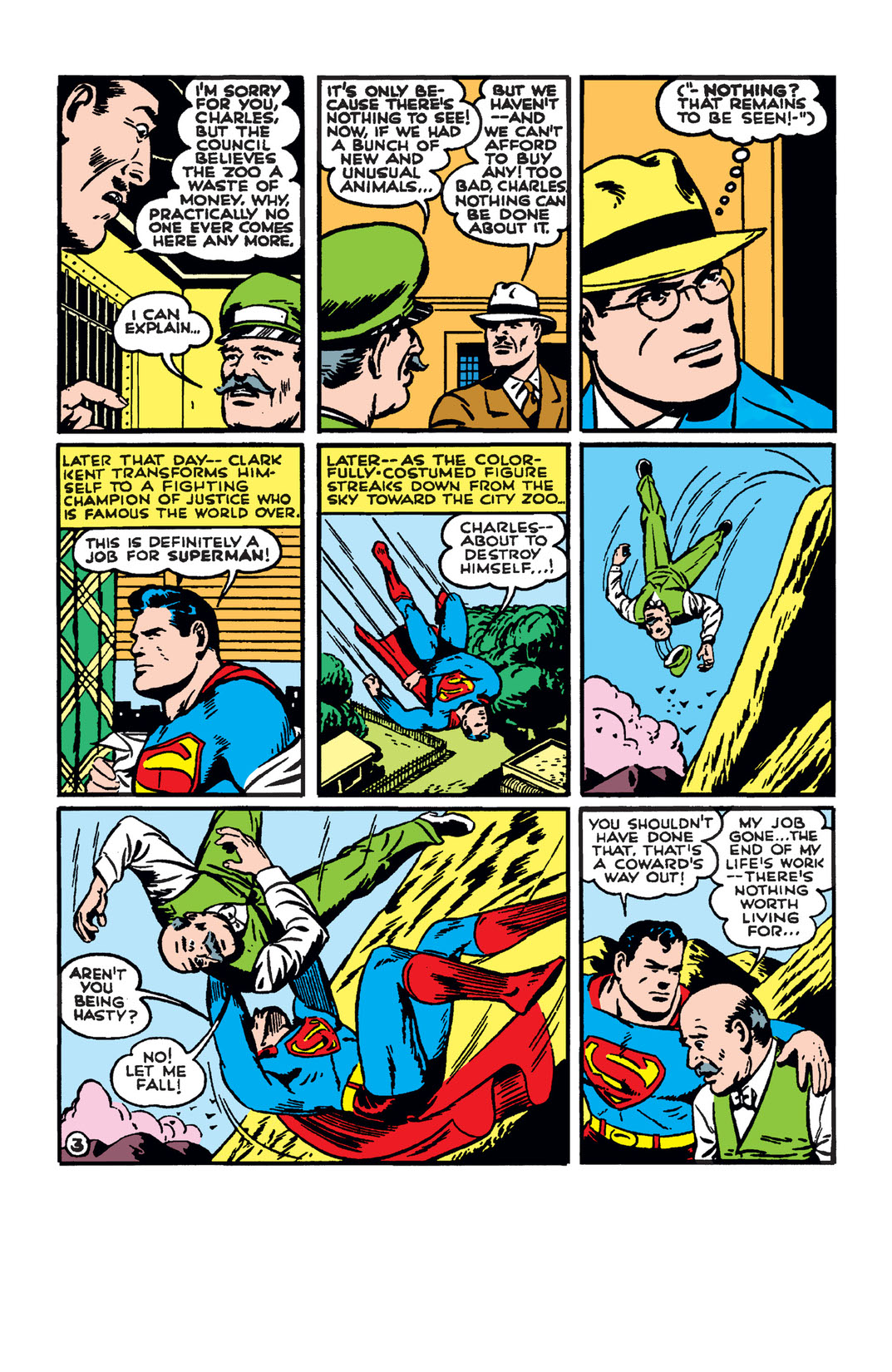 “SUPERMAN’S ARK.” When Lois Lane and Clark Kent visit the Metropolis Zoo on their day off, they are shocked to find that it has been deserted! Superman decides to take it upon himself to find these missing animals, but at what price?