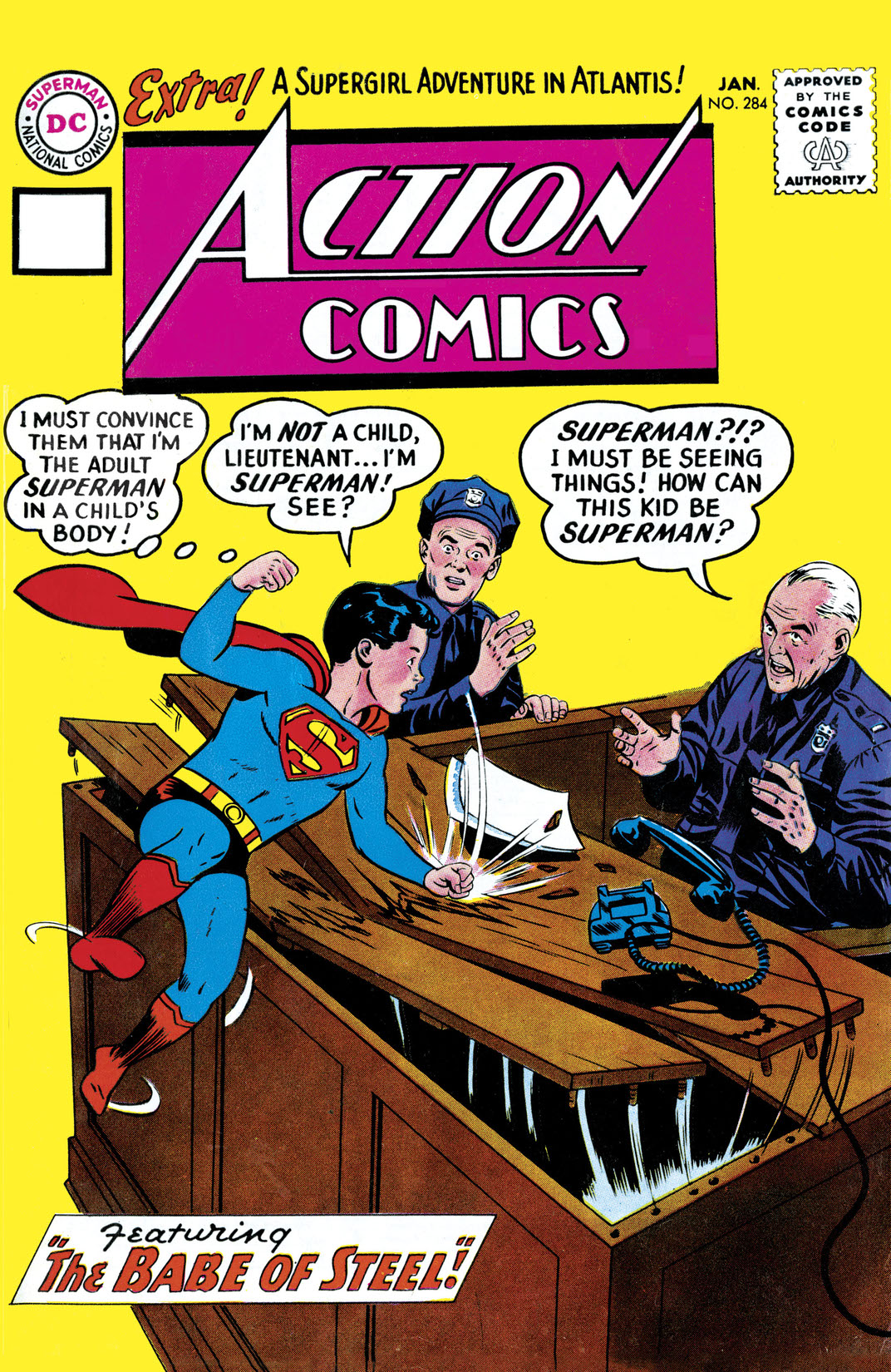 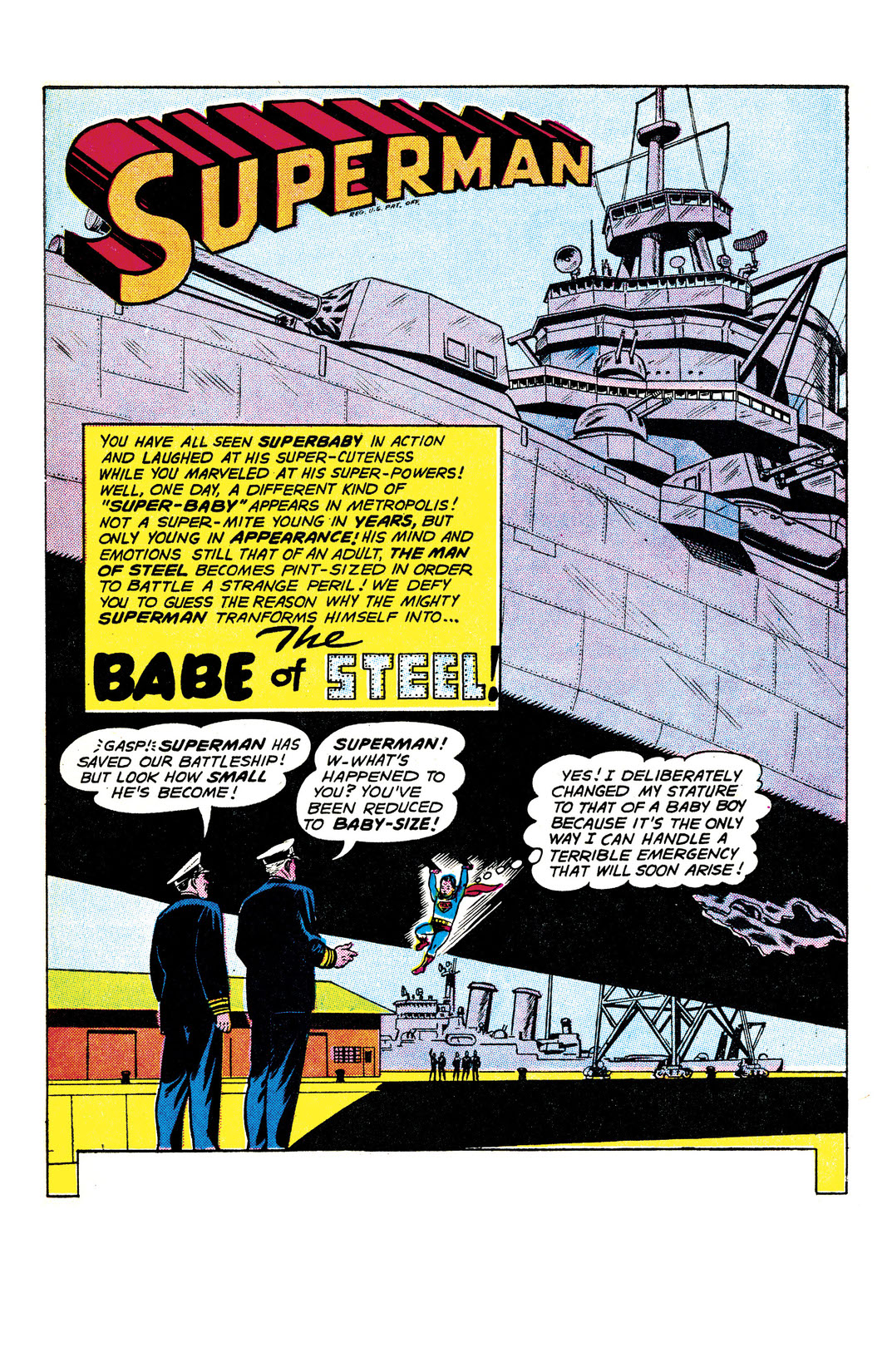 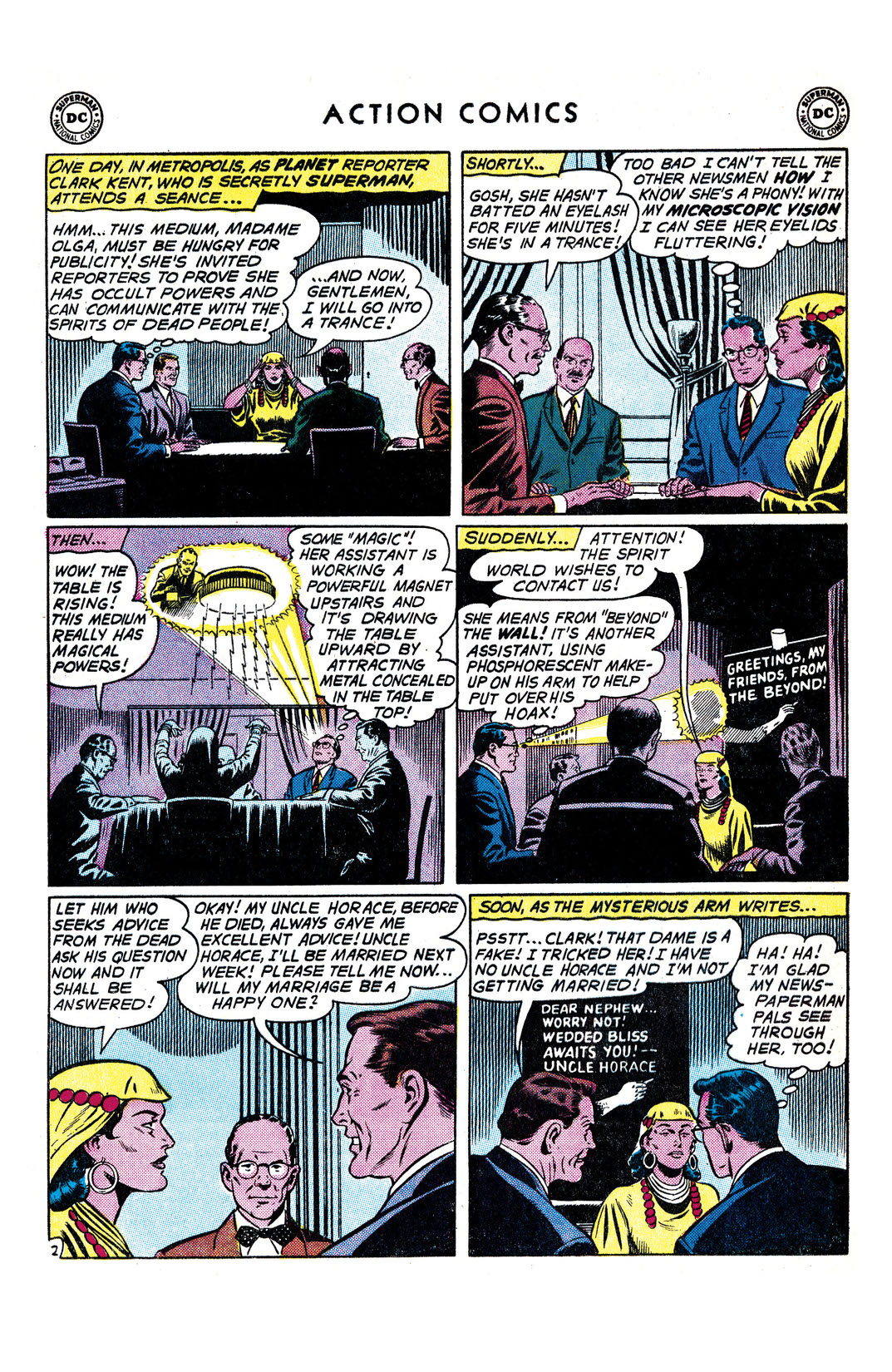 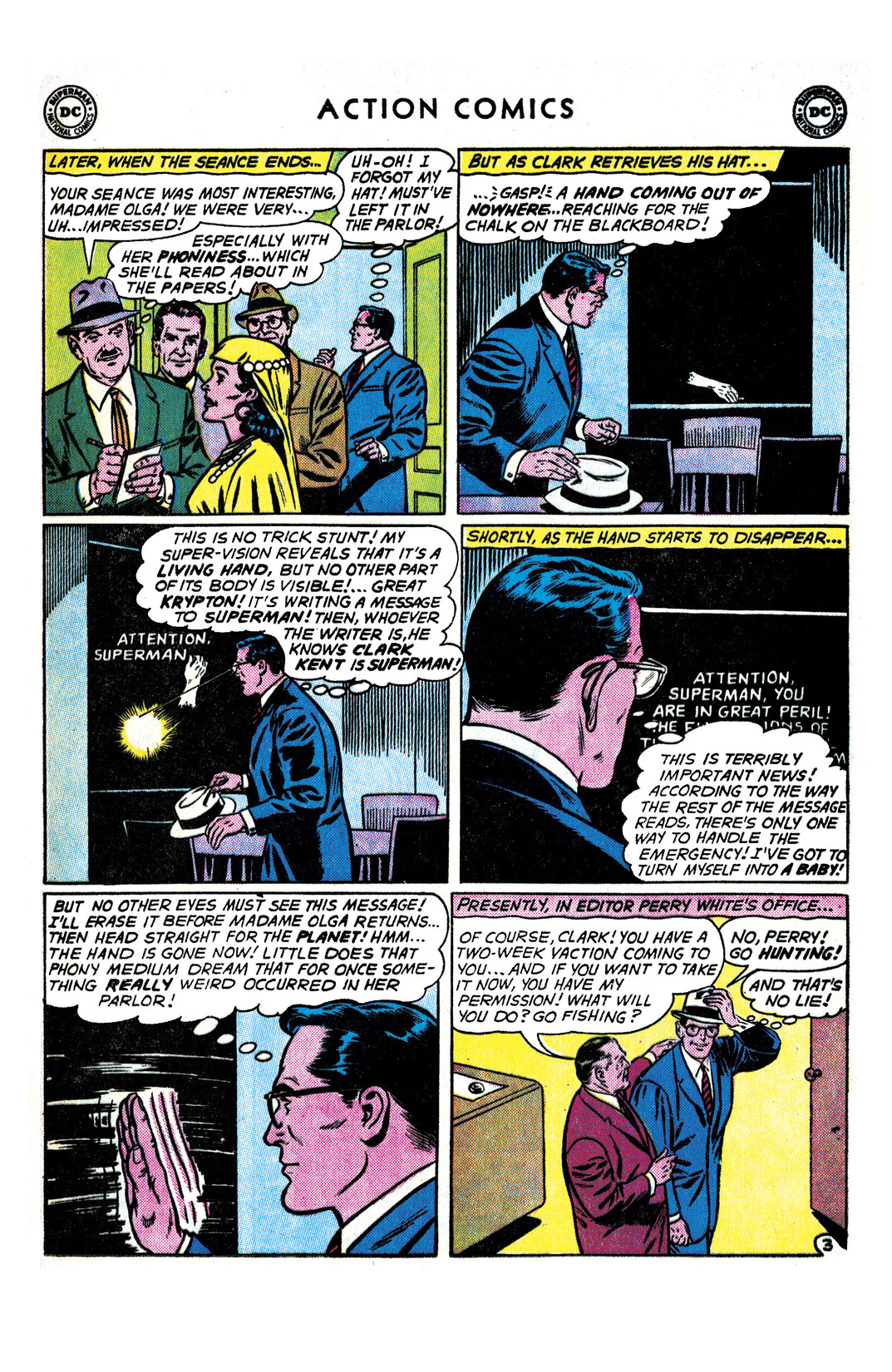 “THE BABE OF STEEL.” Clark Kent has been sent out to do a report on a medium who can contact people from beyond the grave! In “THE STRANGE BODIES OF SUPERGIRL!” Supergirl experiences effects from red Kryptonite by growing an extra head!