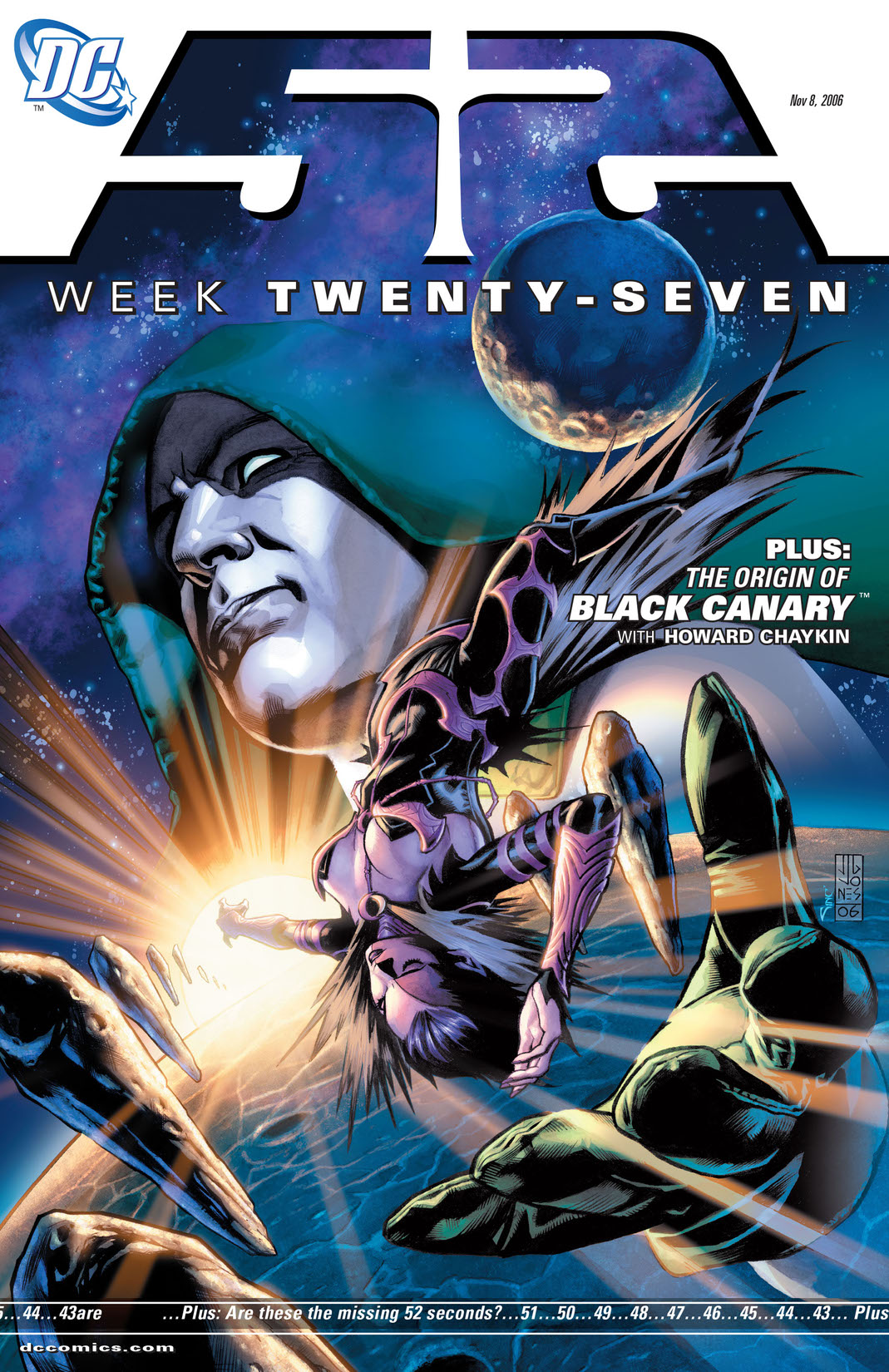 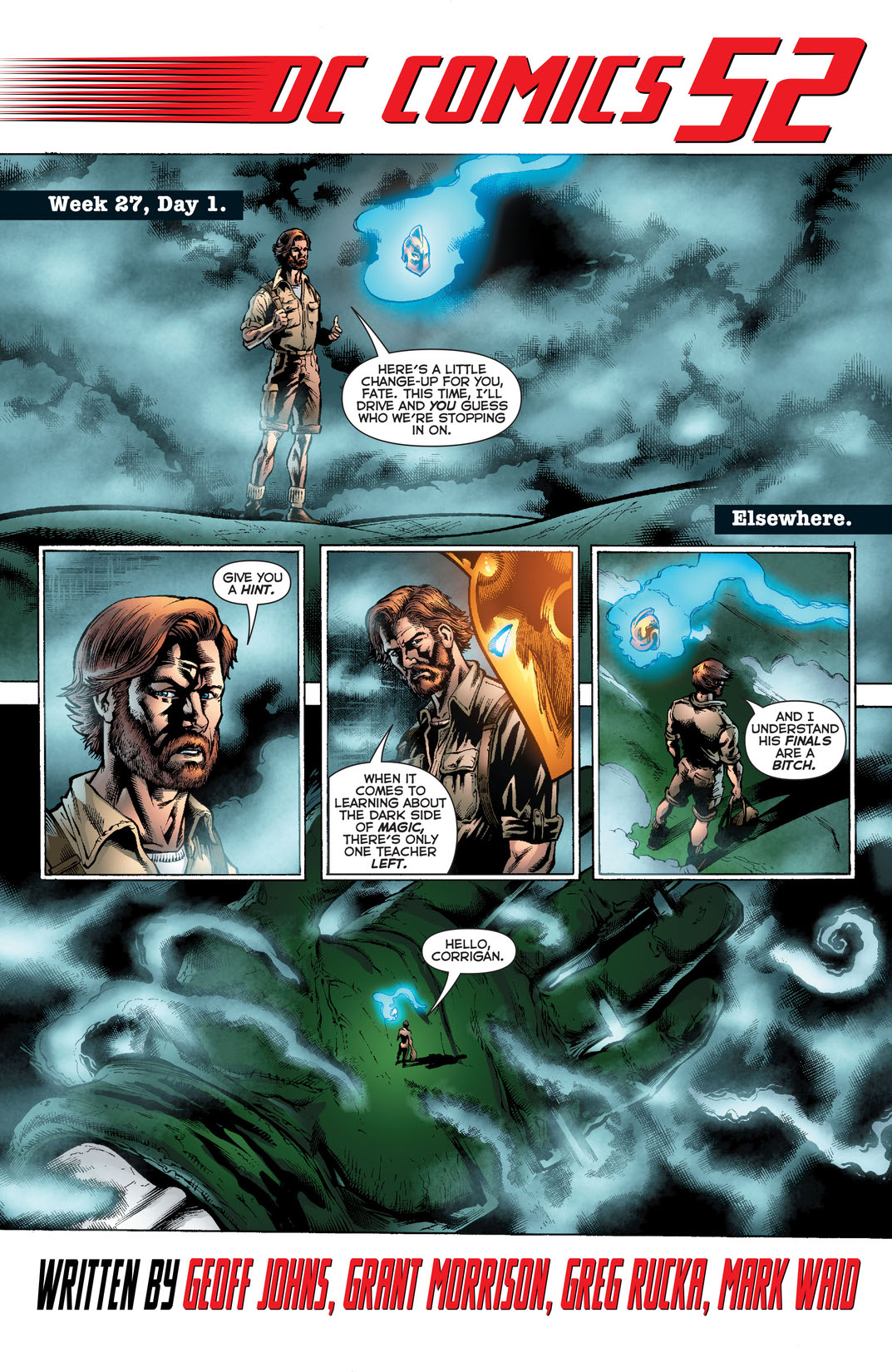 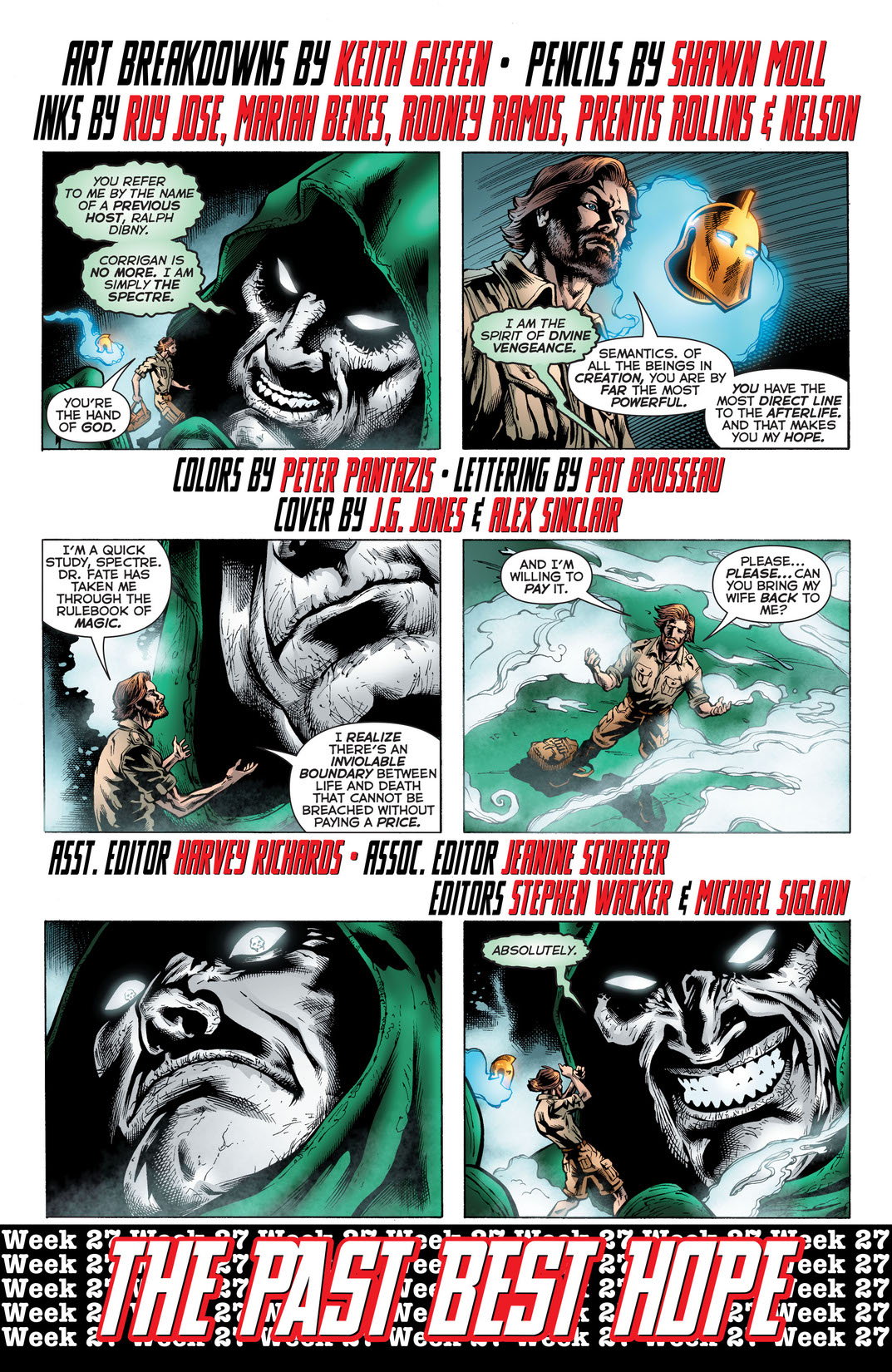 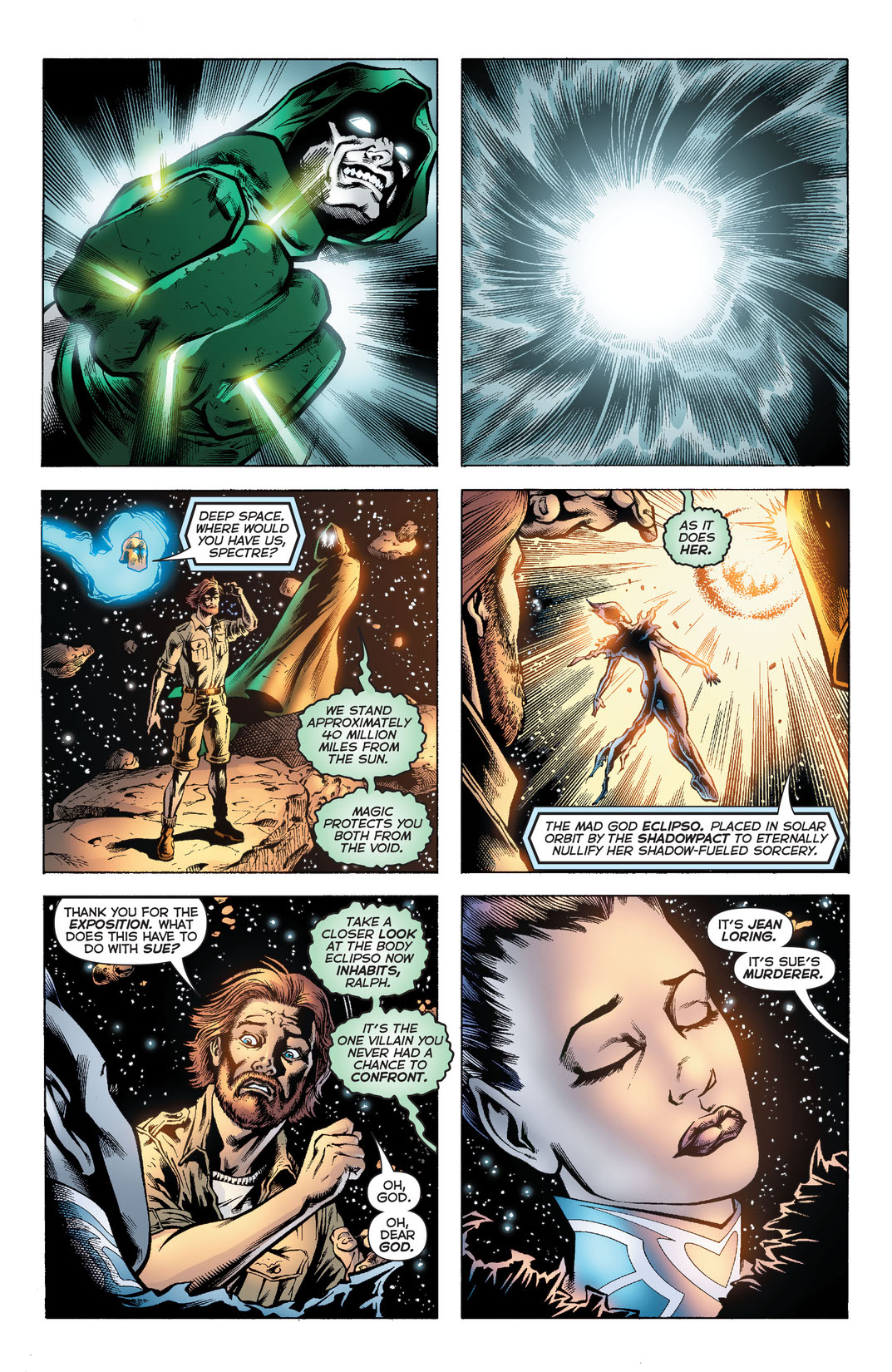 The weekly series begins its second half! Ralph Dibny confronts the Spectre and shows his wife's murderer the true meaning of the word 'hell'. Meanwhile, The Question and Renee Montoya train in the mountains of Nanda Parbat!