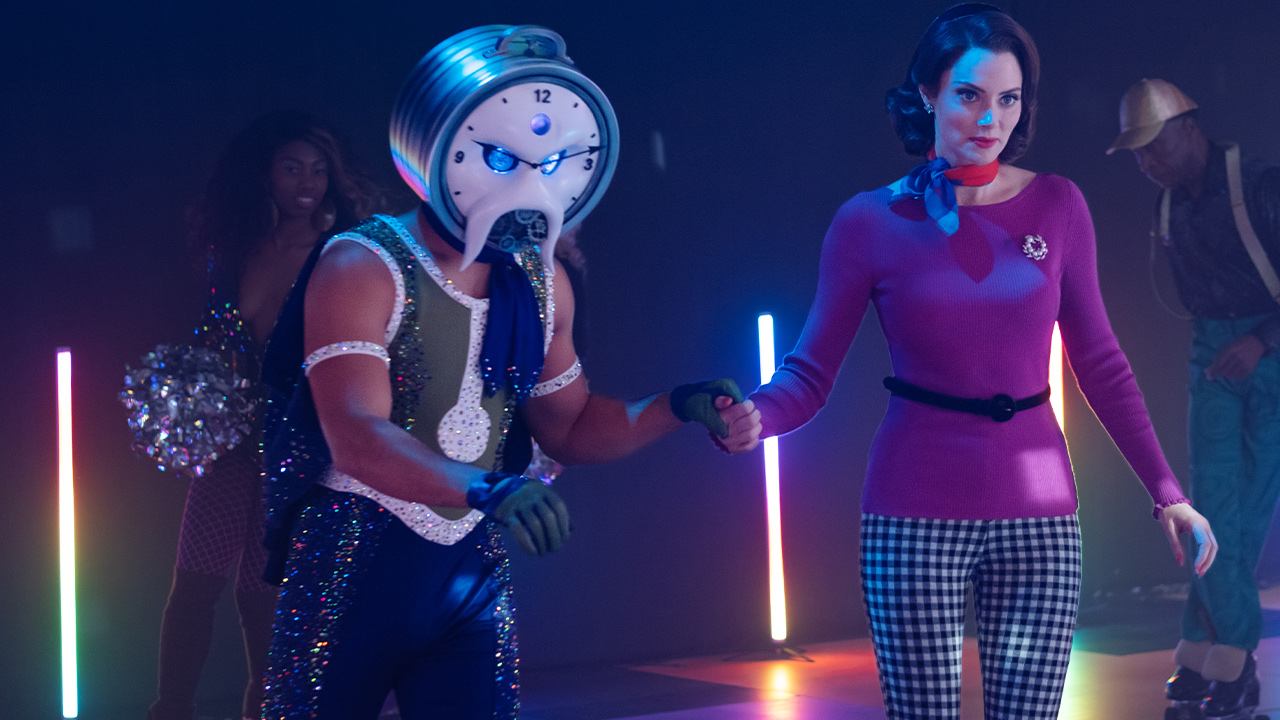 DC Universe’s Doom Patrol is back for a second season, and they hit the ground running! The world’s strangest superhero show returned with a three part premiere (“Fun Size Patrol,” “Tyme Patrol,” and “Pain Patrol”) and it had something for everyone. Finally, a DC Universe show that roller disco fans, butterfly enthusiasts, and Hot Wheels collectors can watch together! A lot went down in these first three episodes, so let’s break them down… 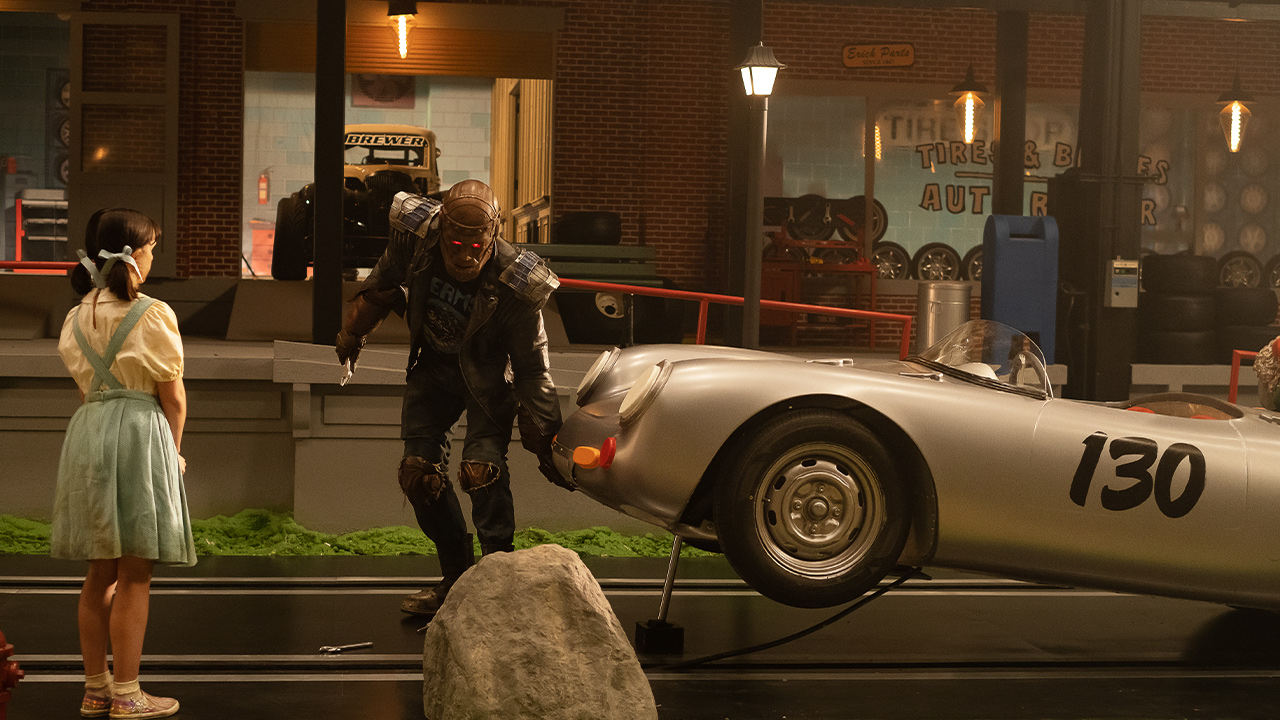 * The Doom Patrol adjusted to life as microscopic heroes, before Niles traded in his immortality to return everyone to their full-sized selves. What good is living forever if you’re going to be tiny?

* Niles' daughter Dorothy IS NOT OKAY with the news about her father being a mortal man. Also, her imaginary friends are pretty scary, particularly one known as the Candlemaker. Apparently he slaughtered an entire circus once, meaning there was no acrobats left for Batman to adopt.

* Victor Stone began attending a support group, where he met a military vet named Roni Evers. Sparks began to fly, with Victor opening up to a woman for the first time since his accident.

* A godlike killer known as Red Jack attempted to turn Larry, Niles, and Rita into butterflies. Niles stabbed Red Jack in the neck, saving the day, and preventing us from seeing what a fully realized Negative Butterfly would look like.

* Robotman is still pissed at the Chief about the whole “ruining his life by turning him into a robot” thing. Cliff decided to reveal his identity to his daughter Clara, and it didn’t go well. In fact, it led to an hours-long temper tantrum on top of a bus, as the cops looked on in confusion. 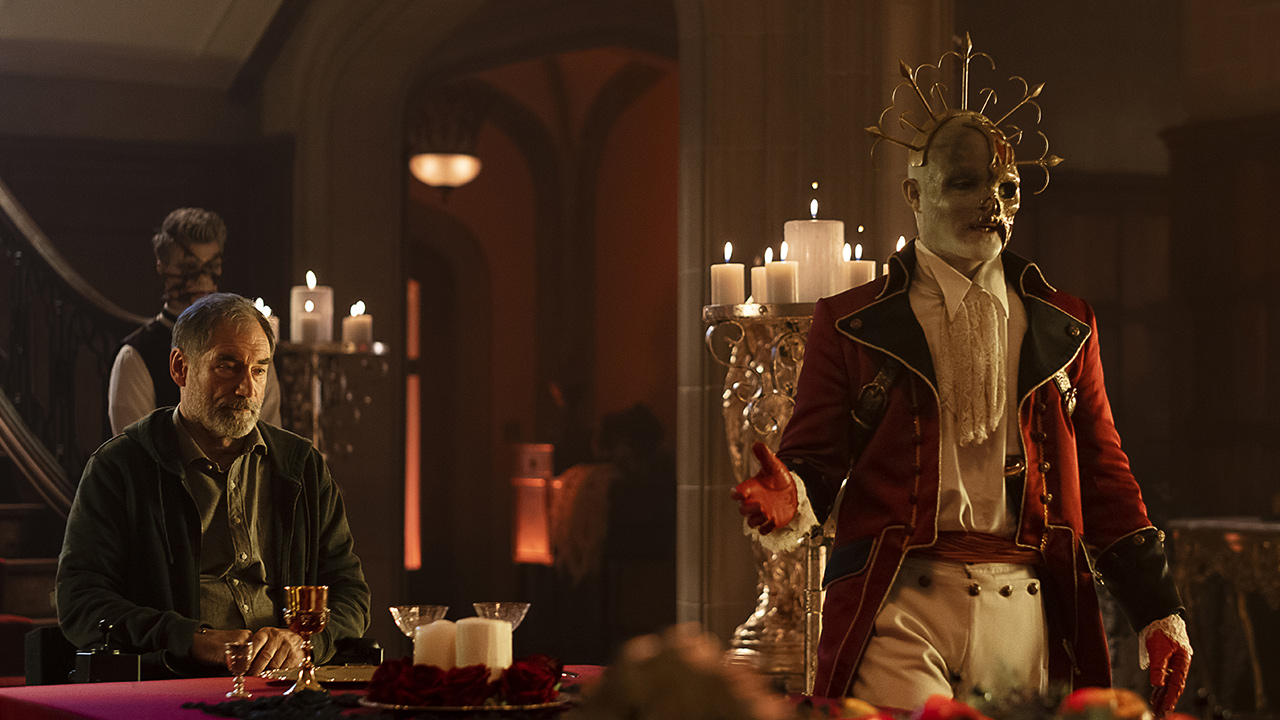 Elementary school lied to us! They made it seem like a caterpillar turning into a butterfly was a beautiful experience. During the episode “Pain Patrol” Niles, Larry, and Rita began their own butterfly metamorphous, and it was horrifying. The wings sprouting out of their backs looked painful. Why would Red Jack even want to do this? Turning people into butterflies has zero benefits! The body horror was on par with stuff we saw in DC Universe’s Swamp Thing, and the cocooned bodies on the floor crying out in pain will be giving us nightmares for weeks. We dare you to find a moment half that strange on an another superhero show. 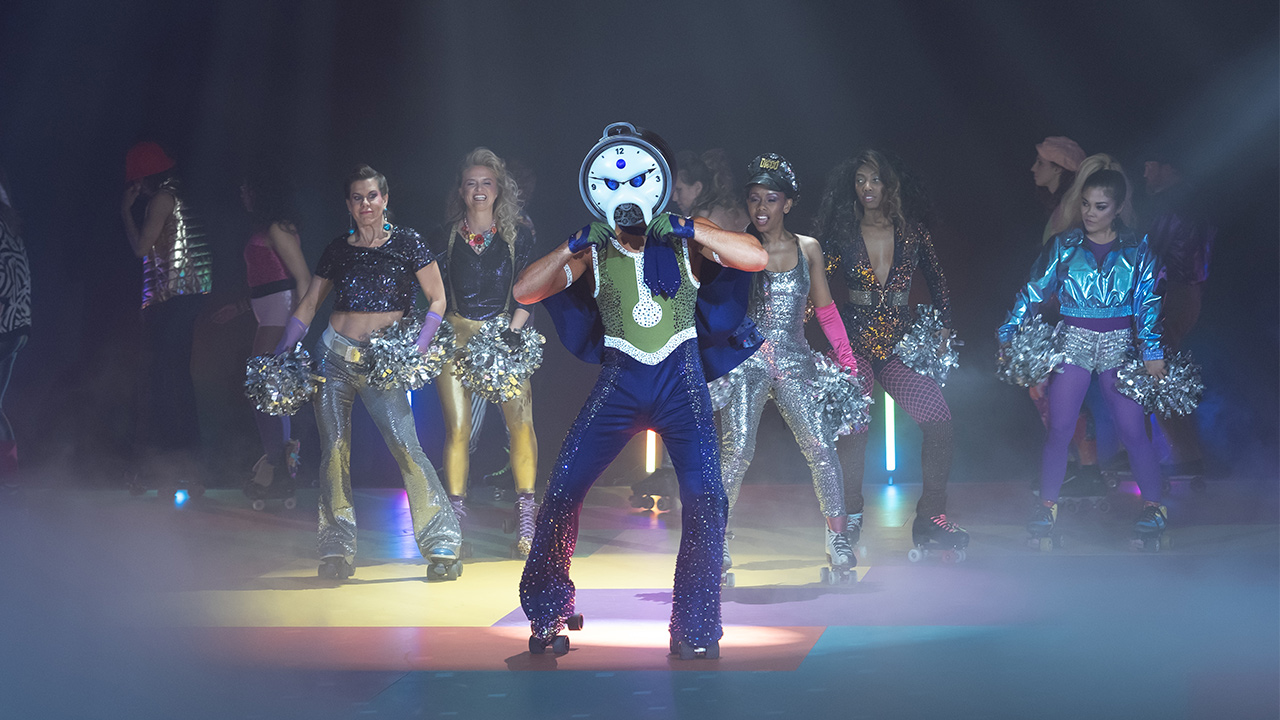 Dr. Tyme wins the Weird of the Week prize. We’d ask what his head is made of, but thanks to Rita, we got that answer in the most uncomfortable way possible. Being a Disco stan in 2020 is a daring move, but being a Roller Disco fanatic is a weird flex all it’s own. Don’t get us wrong, if there’s any show where a Roller Disco time-villain could feel at home, it’s Doom Patrol, but the visual was still odd.

Danny is still a brick, but they’re the most fabulous brick that’s ever been sculpted. They had a nasty accident while playing hide and seek with Dorothy and now they're split in two. But never fear--they’ve come back from worse! 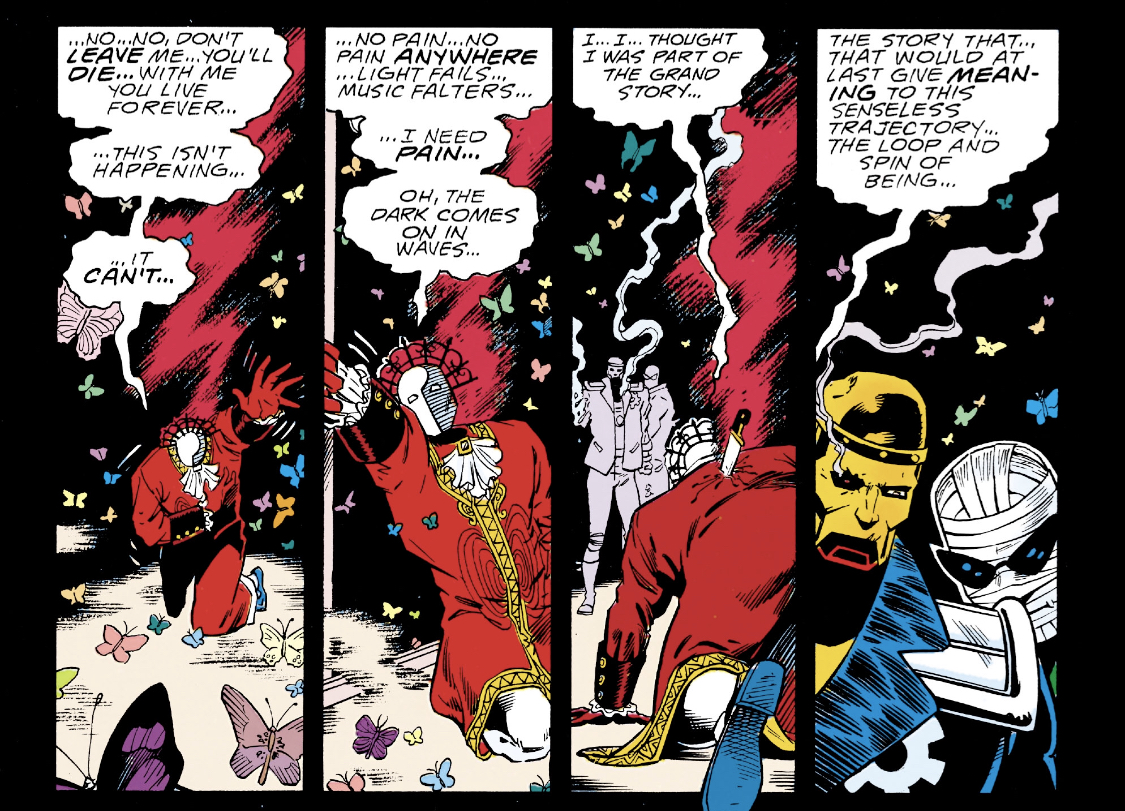 For more on Dorothy and her deadly imaginary friends, check out 1989’s Doom Patrol #25. It will give you an idea about the scope of Dorothy’s powers, and a barometer for just how crazy her creations can get. The villainous Red Jack and his weird butterfly creations are taken from a story that ran in 1989’s Doom Patrol #23-24. His twisted butterfly collection, and his demise (being stabbed) are both lifted directly from the story. 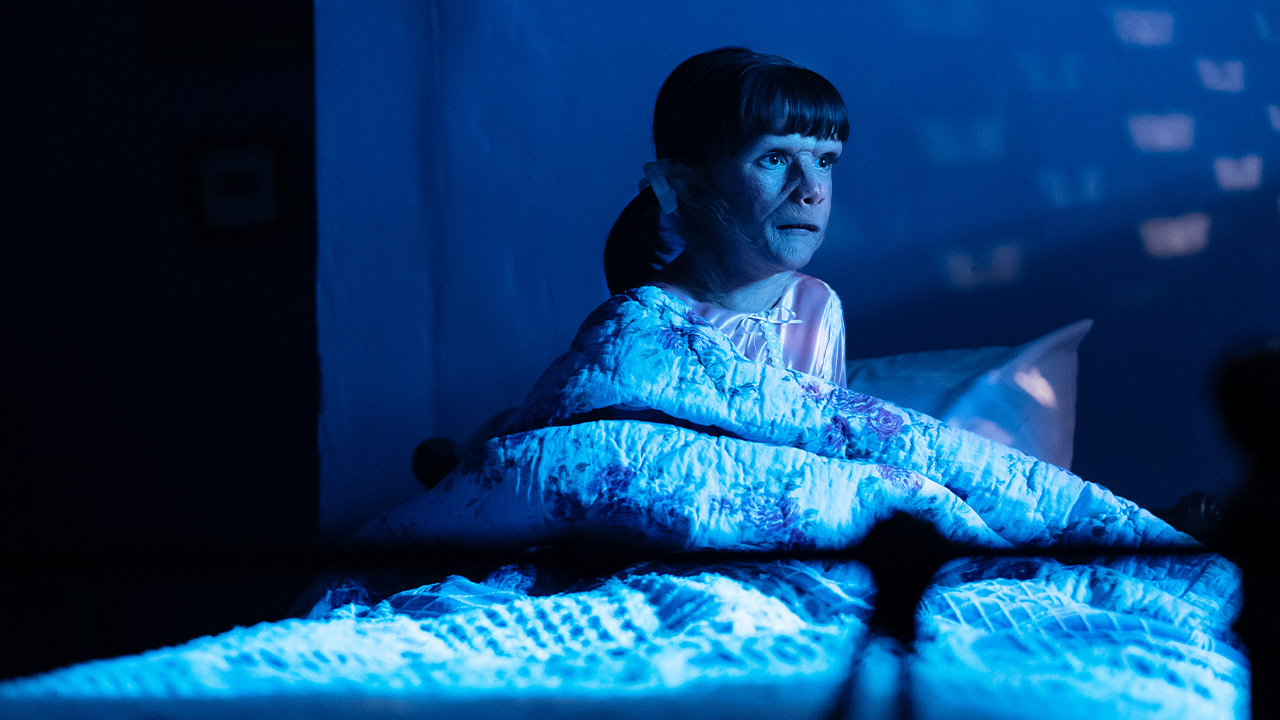 * Without working plumbing, how did the tiny Doom Patrol get rid of their waste? Was Negative Man responsible for that as well?

* Can a genderqueer sentient brick feel pain? What happens when it splits in two? Does it work like worms, and now we have two Dannys?

* Regarding the cops that responded to the disturbance at Clara Steele’s place, what did they write in their report?

* Did it ever occur to anyone to teach the immortal little girl how to properly deal with death? Most parents read their kids a book about grief or something by the time they get to Kindergarten, but Dorothy has had almost a century. Why did Niles drop the ball?

WTF do you think will happen on DOOM PATROL next week? Give us your best theories in our Community!