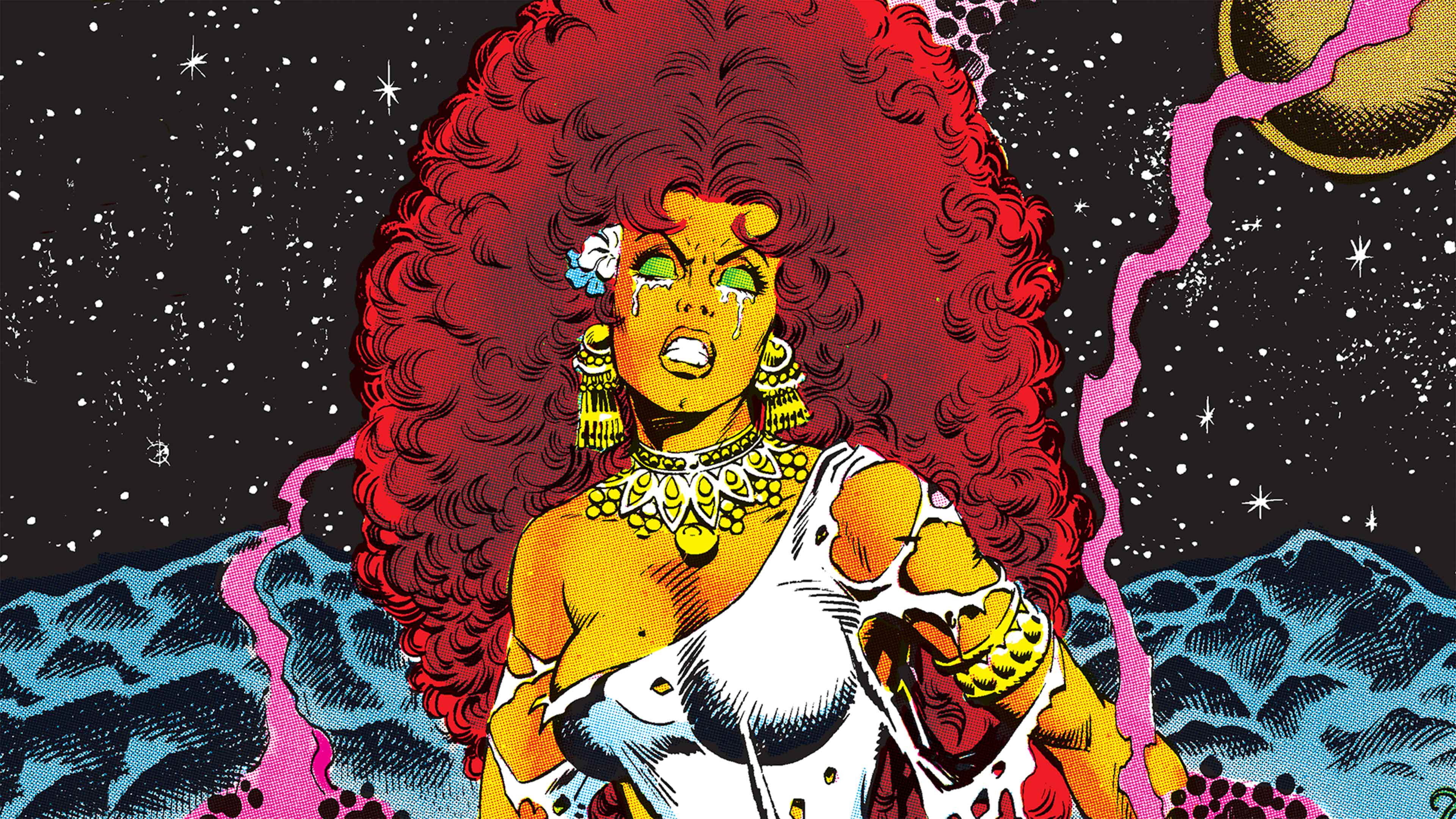 Would YOUR Favorite DC Character Survive a Horror Movie?

With the spine-tingling debut of writer Tom Taylor’s DCeased now on DC Universe, it’s never been a more dangerous time to be a DC Super Hero. Who will live, and who will die, in the wake of this global zombie apocalypse? We’re not going to spoil it here… but we HAVE watched a lot of horror movies. Many entries in the genre follow a tried and true formula, introducing a group of characters who are picked off one by one until a final protagonist remains to confront whatever horrific beastie the creature department has dreamed up. (Though, as we all know, the movie monster is always scarier BEFORE it shows up.) Here’s a guide to the basic archetypes you’ll find in pretty much any horror story, and how the most popular teams in the DC Universe might map onto them. 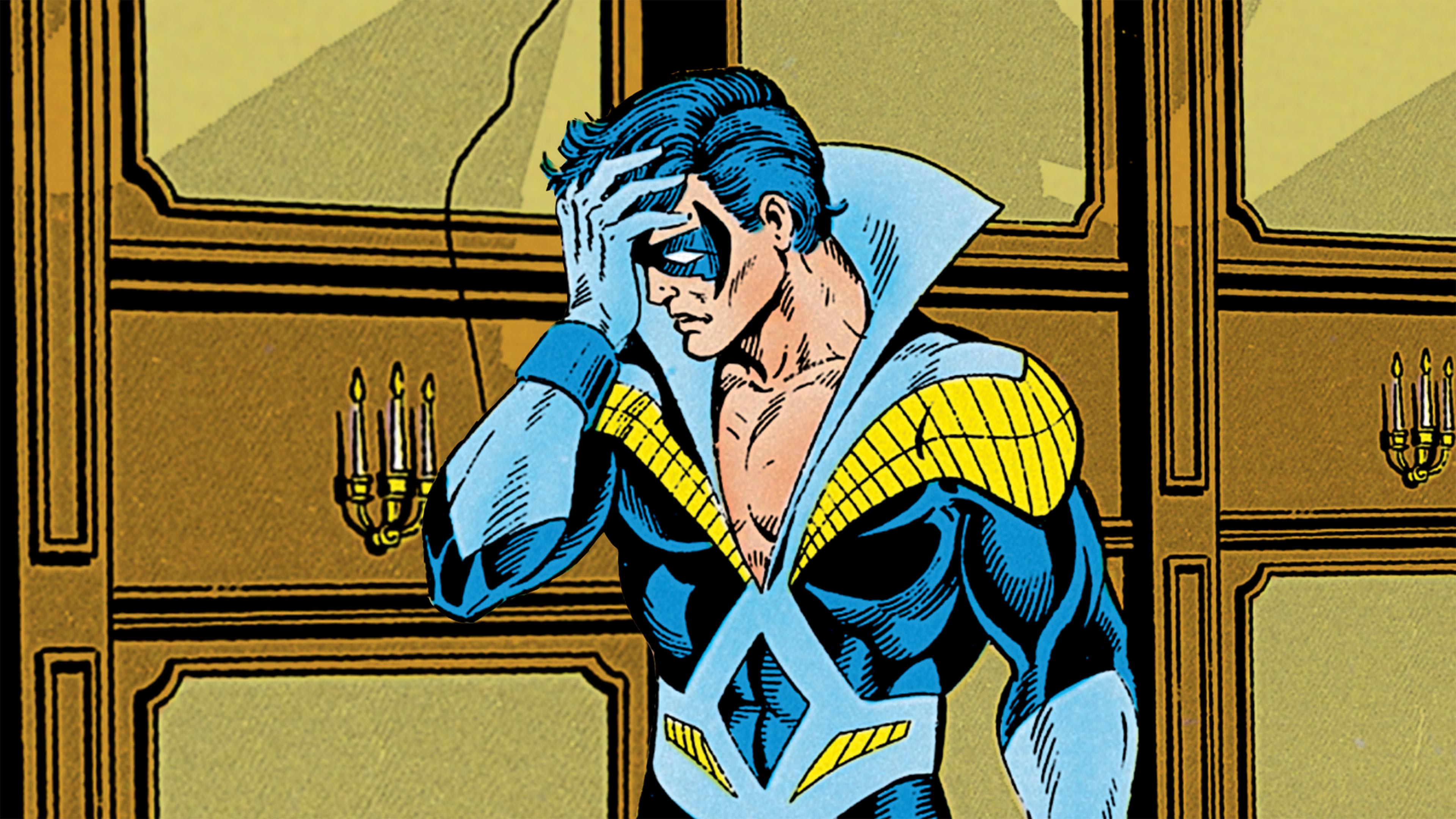 Sometimes obstinate and meatheaded, or sometimes idealistically positive and naive, the athlete is usually the assumed or insistent leader of the group… just long enough for them to get killed off, and throw the survivors into an anarchic chaos.

Justice League of America: Superman. Truth, Justice, and all that. The Ultimate Boy Scout fills this role nicely.

Teen Titans: Nightwing. When there’s trouble, he puts out the call.

The Bat-Family: Erk… also Nightwing. I mean, he is an acrobat. And we’ve all seen those glutes.

The Green Lantern Corps: Guy Gardner. Loudly insisting he’s in charge around here, all the way to oblivion.

2. THE SEXY, POPULAR ONE 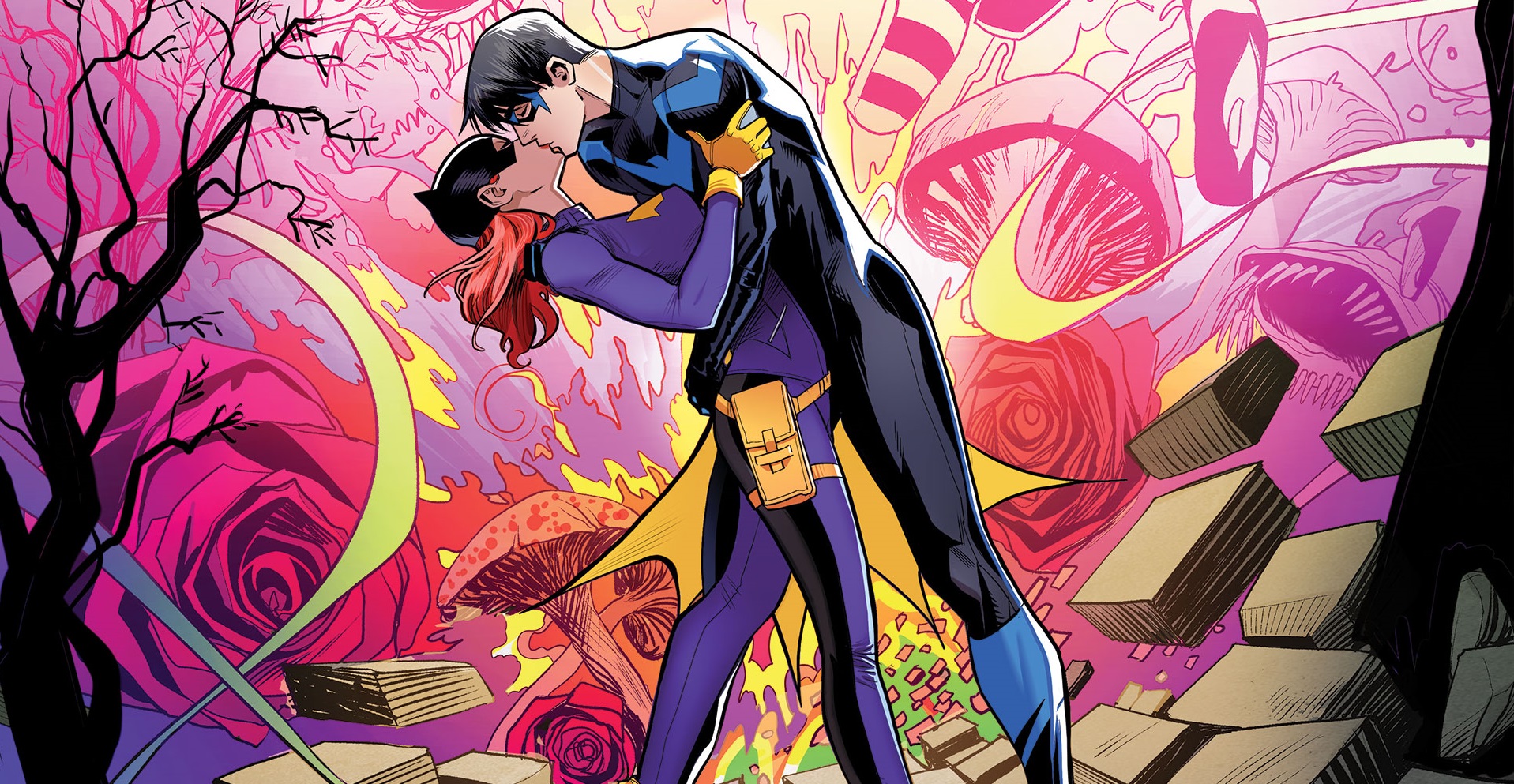 Usually (though not necessarily) dating The Jock, the sexy one’s main role in the movie is to play the victim in the most memorable kill sequence. Something about the proximity of beauty and death just beats the very heart of the genre.

Justice League of America: Wonder Woman, with the beauty of Aphrodite.

The Green Lantern Corps: Hal Jordan. No evil shall escape his smoulder. 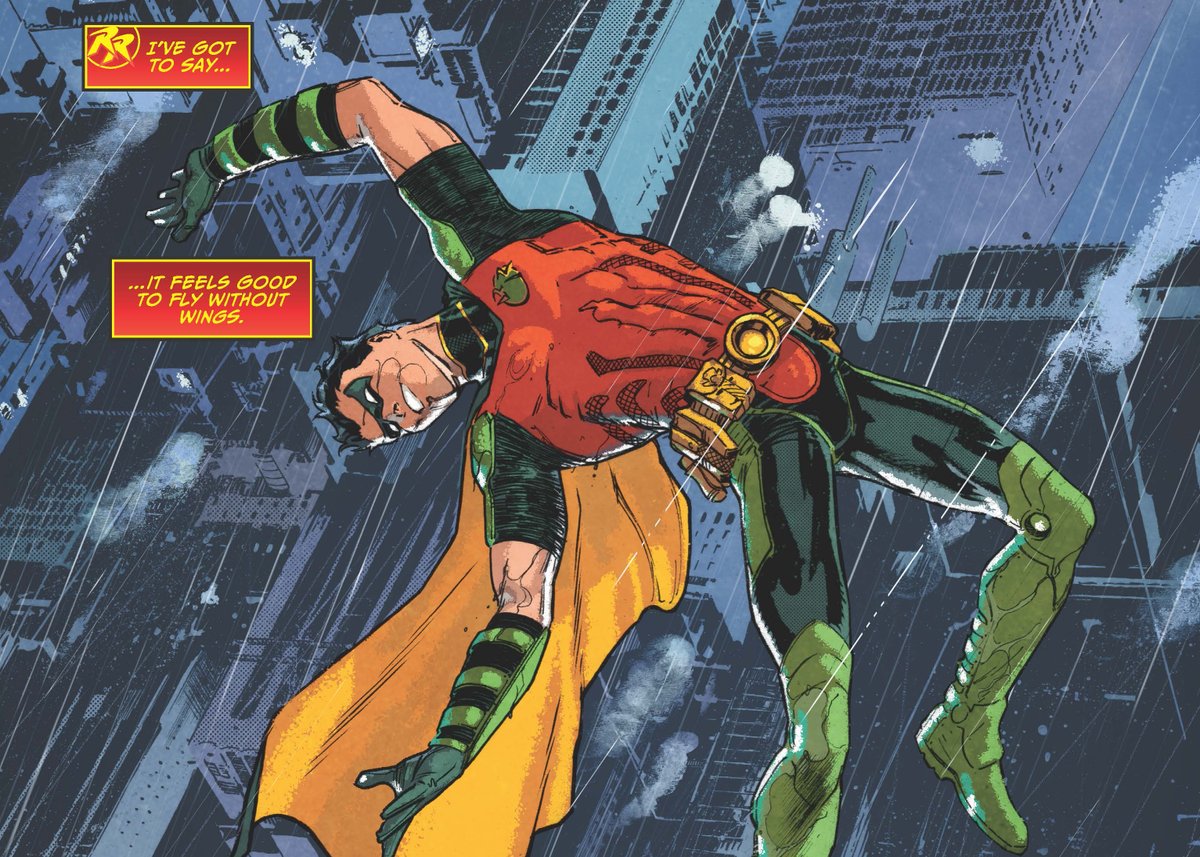 A different kind of boy scout than #1 often is, in that this one is always prepared. Sometimes unpopular, often bullied, this member of the group seems like the actual best chance of everybody’s survival… until it’s far too late for everyone to listen to their warnings.

Justice League of America: Batman: The physical embodiment of preparation.

Justice League Internationa: Blue Beetle, Ted Kord. His parallel with the archetype is so strong, he even dies like The Nerd.

Teen Titans: Cyborg. Usually the adult in the room, he’s not just the computer guy: he’s the COMPUTER-GUY.

The Bat-Family: Tim Drake. His adorkability is legendary.

The Green Lantern Corps: John Stewart. Where Hal and Guy flaunt authority even as they vie for it, John exercises patience as the man with the plan -- only for the plan to get chucked by his peers into the light construct waste bin. 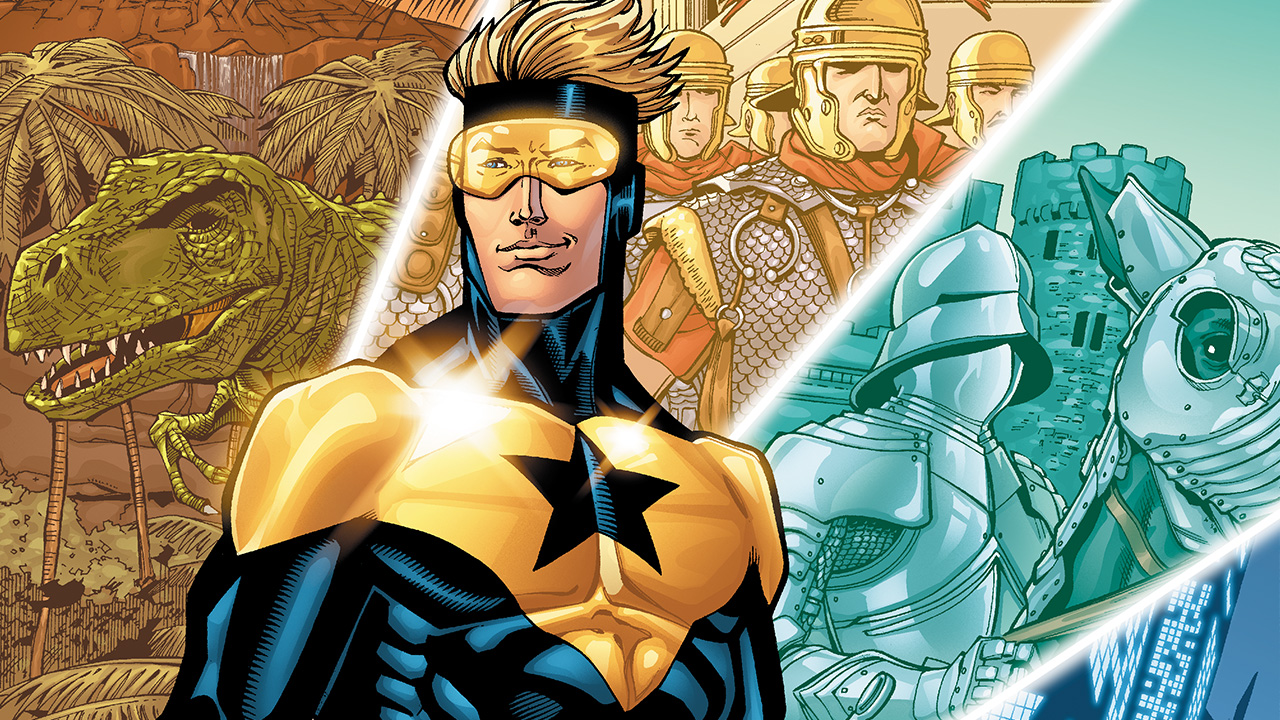 Every horror story needs somebody who knows that they’re IN a horror story. Genre-awareness is so well established in the milieu that the concept itself has become an indelible part of it. Usually, this is where the humor of the story arises. But jokes don’t save you from claws or teeth or hooks; this joker is more doomed than the clown in Gotham.

Justice League of America: Plastic Man. Often imitated but never duplicated, Plas has been doing the genre awareness bit since 1941, back when hero comics were still new.

Justice League Internationa: Booster Gold. He’s so aware of the genre that he literally has a record of everything happening… if he could only remember to ask for it.

The Bat-Family: Stephanie Brown. They call her the “Spoiler” for a reason. Nobody’s more irreverent when it comes to Batman’s rules… and it’s that defiance that usually gets her into trouble.

The Green Lantern Corps: Kyle Rayner. In case you’ve forgotten, Kyle Rayner draws comics for a living. He knows what it means to be in one. 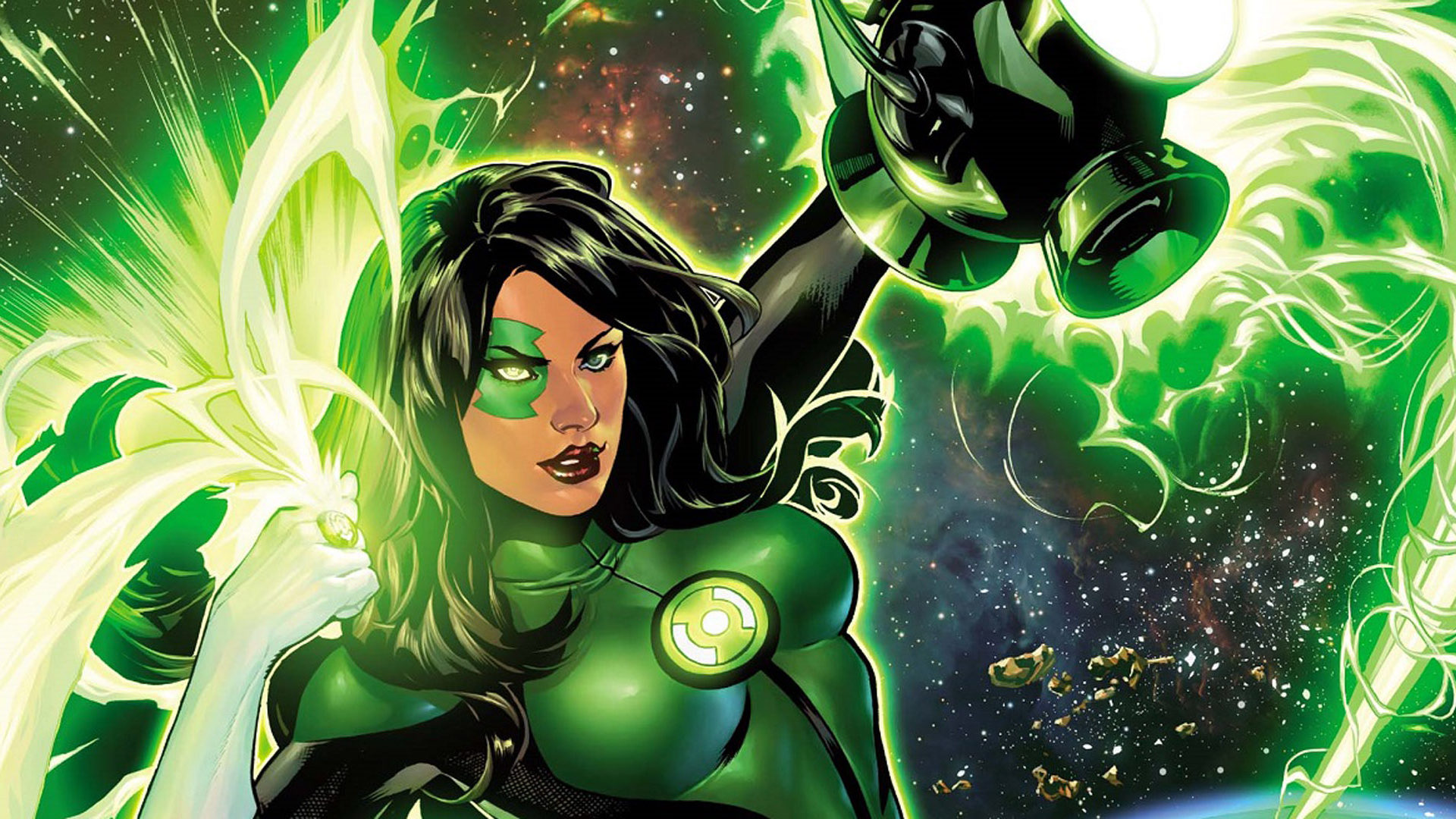 The Final Girl is the most mythical, most important member of the group -- one you may not realize was the true protagonist all along until the final act. Sometimes, the Final Girl is virtuous and true, too pure for evil to conquer… though perhaps one who may be corrupted in the process. Often, The Final Girl carries a horrible secret, one which she must come to terms with if she’s to survive. But if anybody’s gonna make it out of this mess, it’s gonna be her.

Justice League of America: Black Canary. The heart (and legs) of two generations of Super-Teams, from the Society to the League. Often underestimated, the Canary Cry would make for a suitable, iconic horror scream that may just carry her to the end.

Justice League International: Ice. Tora Olafsdotter is too good and too pure for this world, but the loss of Fire early in the story will give her the cold resolve she needs to face the final threat.

Teen Titans: Raven. Dark secrets don’t come much darker than the one inside Rachel Roth. The odds are strong that Raven herself may be the SOURCE of the horror- she usually is, after all- and coming to terms with that may just be the only thing that keeps this world from falling into darkness.

The Bat-Family: Cassandra Cain. This Batgirl of the 2000s has a dark secret of her own -- but one she’s actively trying to grow beyond, assuming a new life under the spotlight of The Bat. It’s time to stop running and fight back.

The Green Lantern Corps: Jessica Cruz. Easily terrified, but with the indomitable inner courage to overcome her fears, Jessica is the ideal horror movie protagonist. No one will deliver a more genuine, more frightening performance, and that’s not something you waste on a character who’s gonna get axed immediately. This adorable agoraphobe is gonna stick around until the credits roll.

What roles would YOUR favorite characters play in a good old-fashioned slasher? Let us know in our Community!