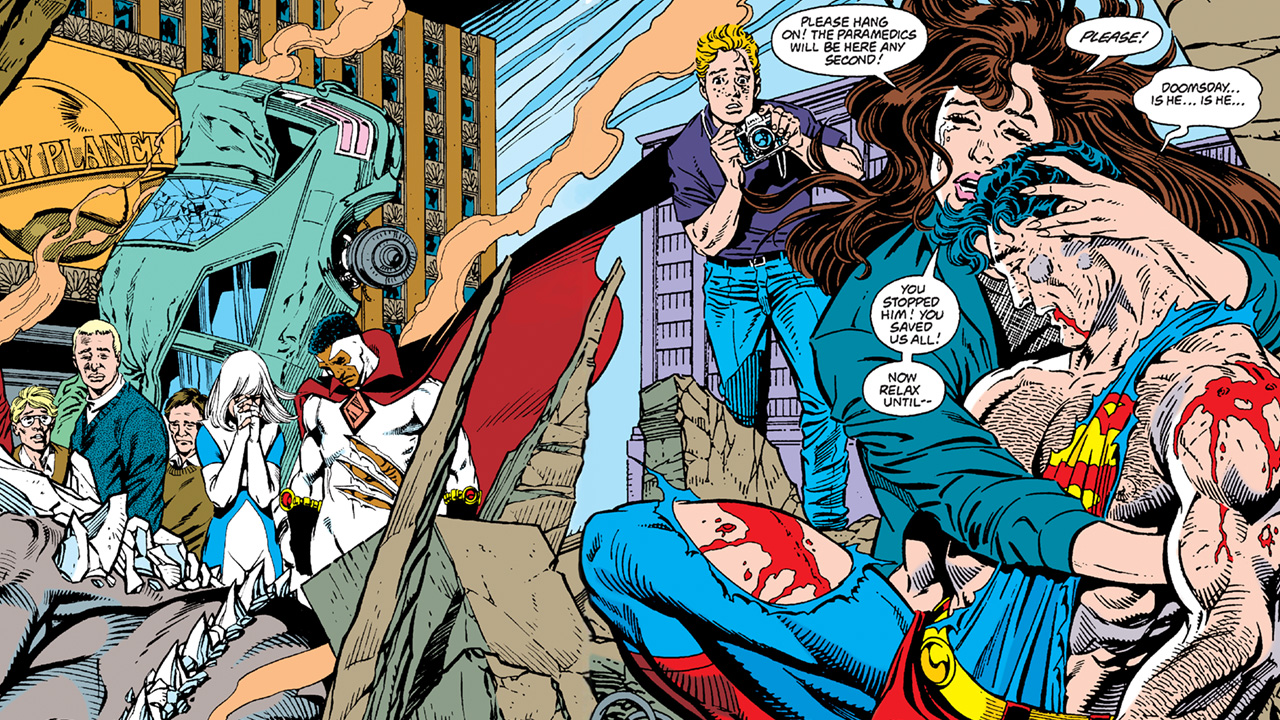 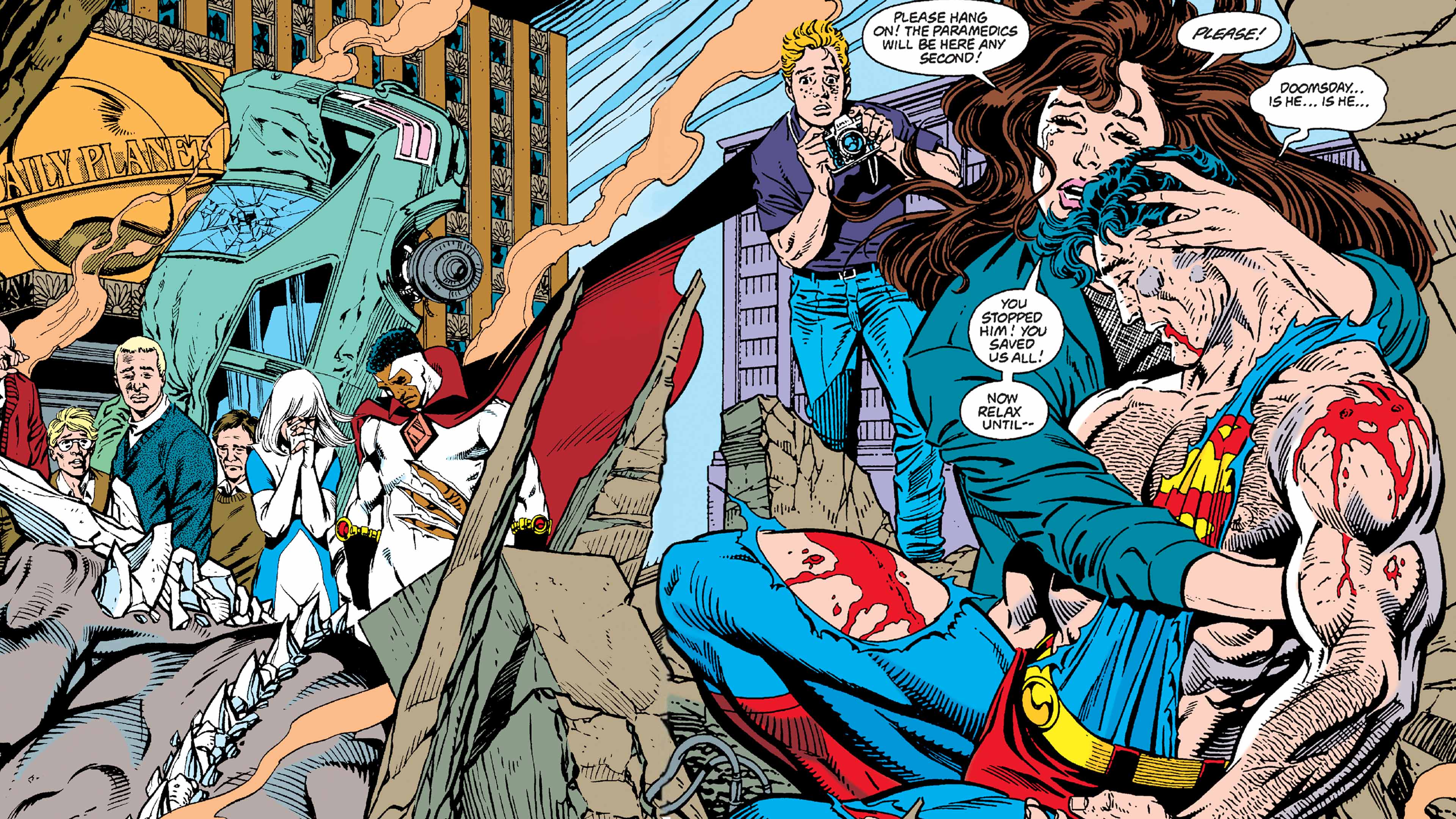 The Women of DC: Louise Simonson on Writing "The Death of Superman"

Our new column "Women of DC" celebrates the brilliant women who've made DC Comics the pop culture powerhouse it is today. In the weeks ahead, you can look forward to profiles of writers, artists, editors, and other creative talents as you discover their wide range of amazing contributions to the DC Universe. This time around we chatted to legendary Superman writer Louise Simonson, better known to some as Weezie.

One of the most prolific comics creators of the last 40 years, Weezie joined DC with 1991's 'Man of Steel' #1, a series which would play a key part in the epic "Death of Superman" storyline. She went on to create John Henry Irons, AKA Steel, the first black Superman, and most recently revisited the DC Universe with two radical stories in 'DC Primal Age'. In the following interview, Louise shares how she got into comics and takes a look back at her impressive career shaping Superman, and offers some tips for fans who want to get into the industry themselves...

Hey Louise, thanks for talking to DC Universe! Could you tell us how you got into comics?

I got in because a friend suggested that I apply for a job at a comic book company, because it paid better than the job that I had. [Laughs.] I was working in advertising promotion for a magazine publisher. One of my friends worked at Warren Publishing, which was a black-and-white publisher of horror magazines and comics a long time ago back in the '70s. They said, "Why don't you come and apply?" And I did and I got the job. It was for the production department, and it turned out that it was a very small company and they really needed people to do anything and everything.

It turned out that I was actually a pretty good assistant editor, so they just created an assistant editor position for me and shoved me over there. And I was much better at that than at production, I have to say!

For fans who don't know exactly what an assistant editor does, could you give us some insight?

You do whatever the editor tells you! [Laughs.] For example, there was a lot of advertising in the back of comics and I wrote advertising copy for the products. I made xeroxes and photostats. I was doing basically anything the editor didn't have time for, whether it was speaking to freelancers or really whatever needed doing.

Were you a fan of comics before you started working in the medium?

I'd read the Warren comics, I was a fan of a lot of comics, but I wasn't the kind of superfan that people are these days. But I'd read them and was aware of them and some of the Warren ones were really good. I loved anything by [writer] Archie Goodwin, I was a big fan of Archie Goodwin, he was an editor back in the olden days also at Warren.

I'd always wanted to work in publishing. That was my goal as a child because I loved books. I loved stories and writing and words on paper. It didn't occur to me to work in comics, although I had many friends in the comics industry. It just had never occurred to me at that point. But like I said, one of my friends suggested I apply to one of the companies and I got a job and then it was like, "Boy, I love this."

So then I went power mad! I demanded to take over the line and they let me do it! I had to the bribe the publisher, and he said, "Girls can't edit comics." So I said, "Okay, here's what we're gonna do. For six months, I'll run it on my assistant's salary without an assistant, and I'll get everything on schedule." So I did. And it turned out that the sales also picked up at that point when I had taken over. Who knows why anything happens? But after six months, they gave me the job permanently and then they made me a vice president. So that worked out!

That's always my advice to anyone who wants to get into comics: work at a small company where you can learn everything. Even if you're getting a little less money, learn as many skills as possible. At a big company you can get slipped into a certain box, but if you gain all those skills you can actually parlay that into a career.

So how did you end up at DC writing 'Man of Steel'? 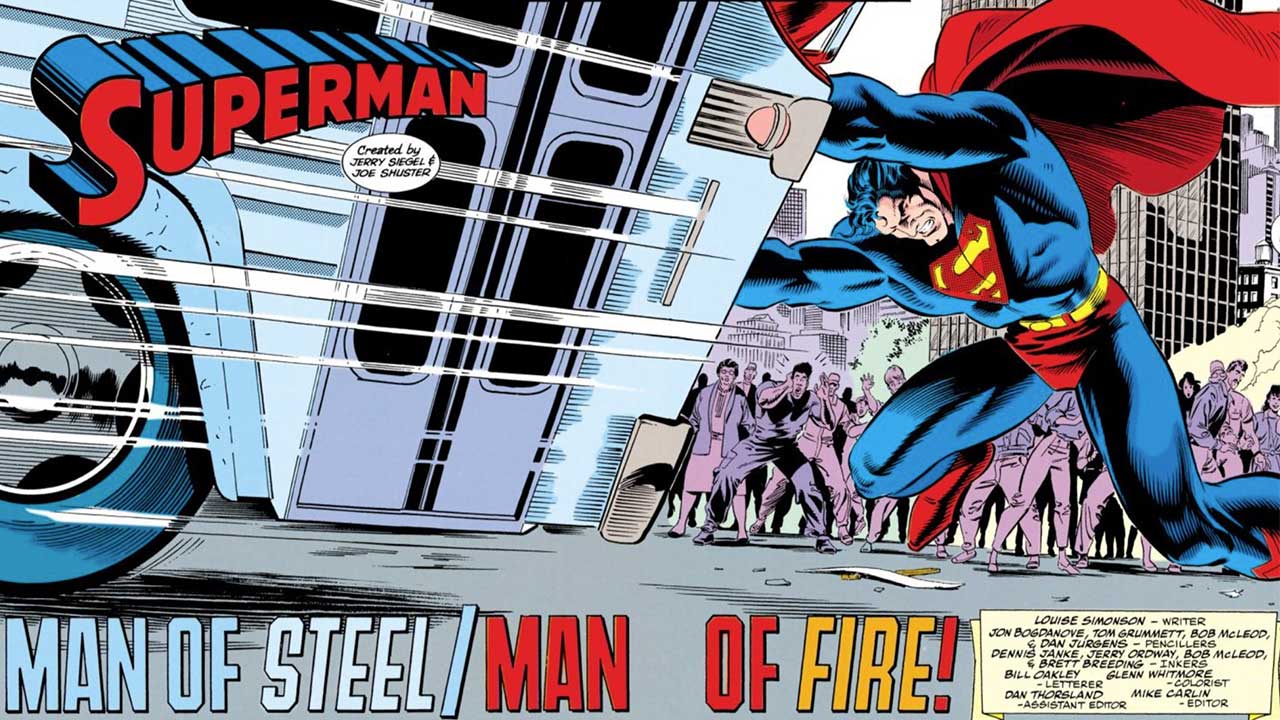 In those days, how it worked was that there were only really two publishers that you could work for. So you'd work for a company for a while and then they'd do something that would aggravate you and you'd get restless and think, "Hmm... maybe I'll go and work for the other guys." When ['90's Superman Group Editor] Mike Carlin asked me, I was already irritated by the people at Marvel, so I went over to work with him and said, "Yeah! Absolutely!" I'd always loved Superman and was actually really thrilled to be invited, just to be asked was a big deal and a huge honor.

What was the experience of being involved in such a massive event "The Death of Superman"?

It was so great to work on a story where you knew exactly what you wanted to do. Some stories are just by nature going to be better than others. And this one, I was actually really glad to have been a part of it and proud to have contributed.

But at one point I began to look at what we were doing, which was, you know, having these two guys beating each other to death, essentially. I began to be kind of appalled at the violence, which was amusing in a way because I talk to people now and I ask, "Did it bother you?" And they say, "No." I ask how old they were when they were reading it and they say, "Oh, I was six." And it clearly had no negative effect and they loved it! 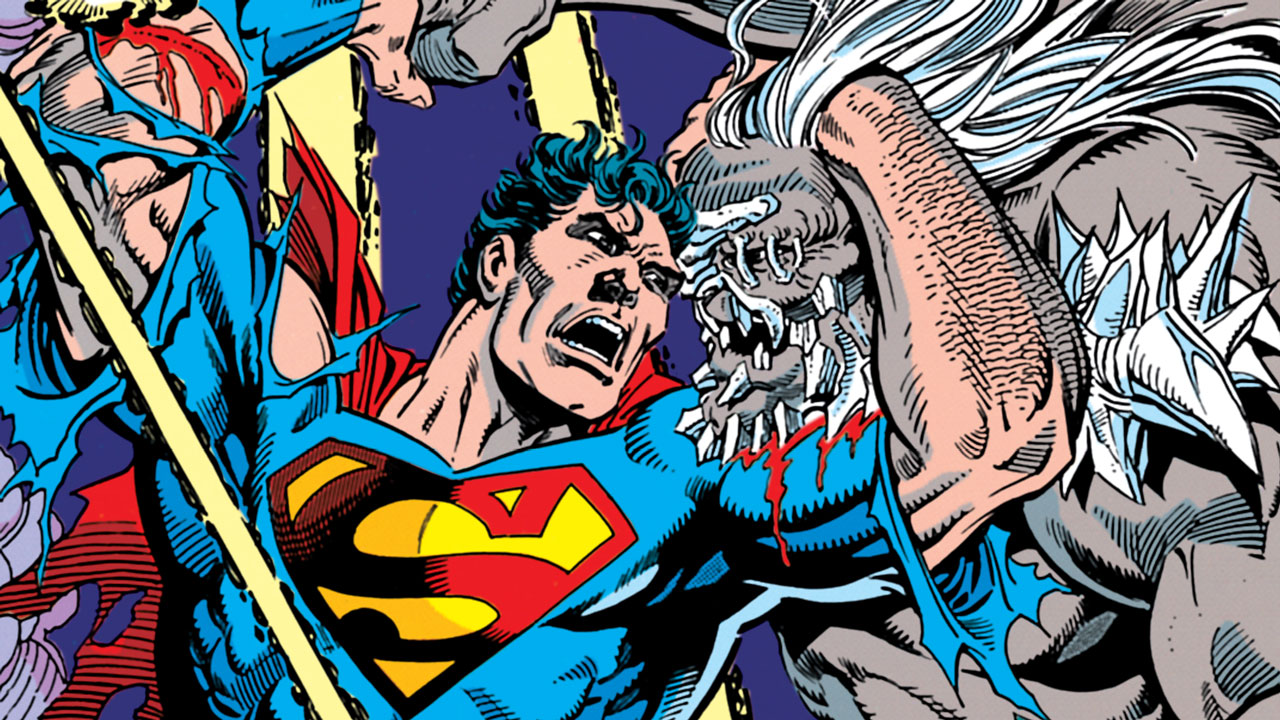 I was also concerned because people were going out and they were buying these "Death of Superman" comics and thinking that they would put them away in boxes and then put their kids through college on them. Now usually one or two comics isn't that much of a big investment, and it would be nice if some of them ended up worth money. But people were buying hundreds of copies! And I was like, "No, no, no!"

Did any of you realize how big "The Death of Superman" would really be?

Actually, the commercial aspects, I think we were probably kind of peripherally aware of them. But I think all of us had killed characters left, right, and center and it didn't really occur to us that it would be that big of a deal or that people would actually believe that Superman wasn't coming back. I guess a lot of people who read comics are immersed in the fantasy world that we create and they don't think about the implications of real life, which we think about because it's a business as well as a pleasure.

And there's no way that DC is going to let an extremely popular character -- maybe the most popular character in the world -- stay dead that long. But Mike Carlin did a good job of keeping him dead for a while. So yay Mike Carlin! He was a great editor, just one of the best. There was no other editor who could have gotten all of those books out like that. It was like herding cats.

What was it like returning to DC for the recent 'DC Primal Age 100-Page Giant'?

It was fun, I love writing things out of canon. I would rather make things up than follow along in the continuity. Because, for one thing, the continuity has gotten so convoluted. They cancel the continuity and change the continuity every 10 years or even five years sometimes. So I love working out of continuity, it's my favorite. It was just a challenge to try to take a character who is one way in the regular DC Universe and pick them up and say, "Well, what would they be...?" You know, to kind of keep the essence of them.

I worked with artists again whose work I love. And on the Mr. Freeze story I got to collaborate with Phil Winslade. He came up with a whole way of visualizing ice magic that was so beautiful. In the same way that Ditko had visualized Dr. Strange magic or Walter [Simonson] visualized Dr. Fate's magic. That was something that I hope maybe gets carried over into the regular book, because I thought the visualization was so beautiful. Of course, working with Brent Anderson -- who's an old friend who I first worked with maybe 35 years ago, way, way, way long ago -- I love everything Brent does. So that was really fun, too. It really amused me to be able to come up with backstories and histories that are going to go away in five minutes, like they're probably not going to last. But it was still a lot of fun!

What are your favorite Louise Simonson stories? Let us know in our Community!