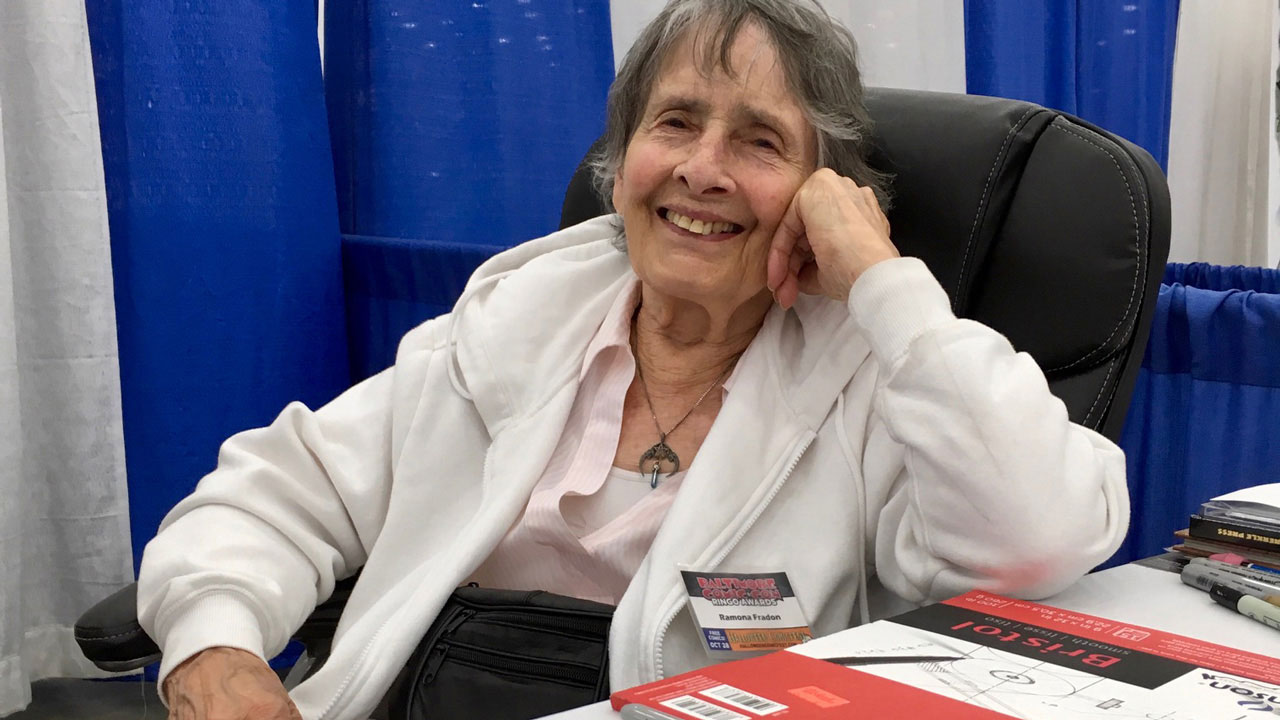 Happy International Women's Day! We're celebrating this venerable holiday in style this year with the debut of our latest column: "Women of DC", celebrating the brilliant women who've made DC Comics the pop-culture powerhouse it is today. In the weeks ahead, you can look forward to profiles of writers, artists, editors, and other creative talents; and discover their wide range of amazing contributions to the DC Universe. Today, we're kicking things off with a salute to one of the greatest artists in DC Comics history -- Ramona Fradon. 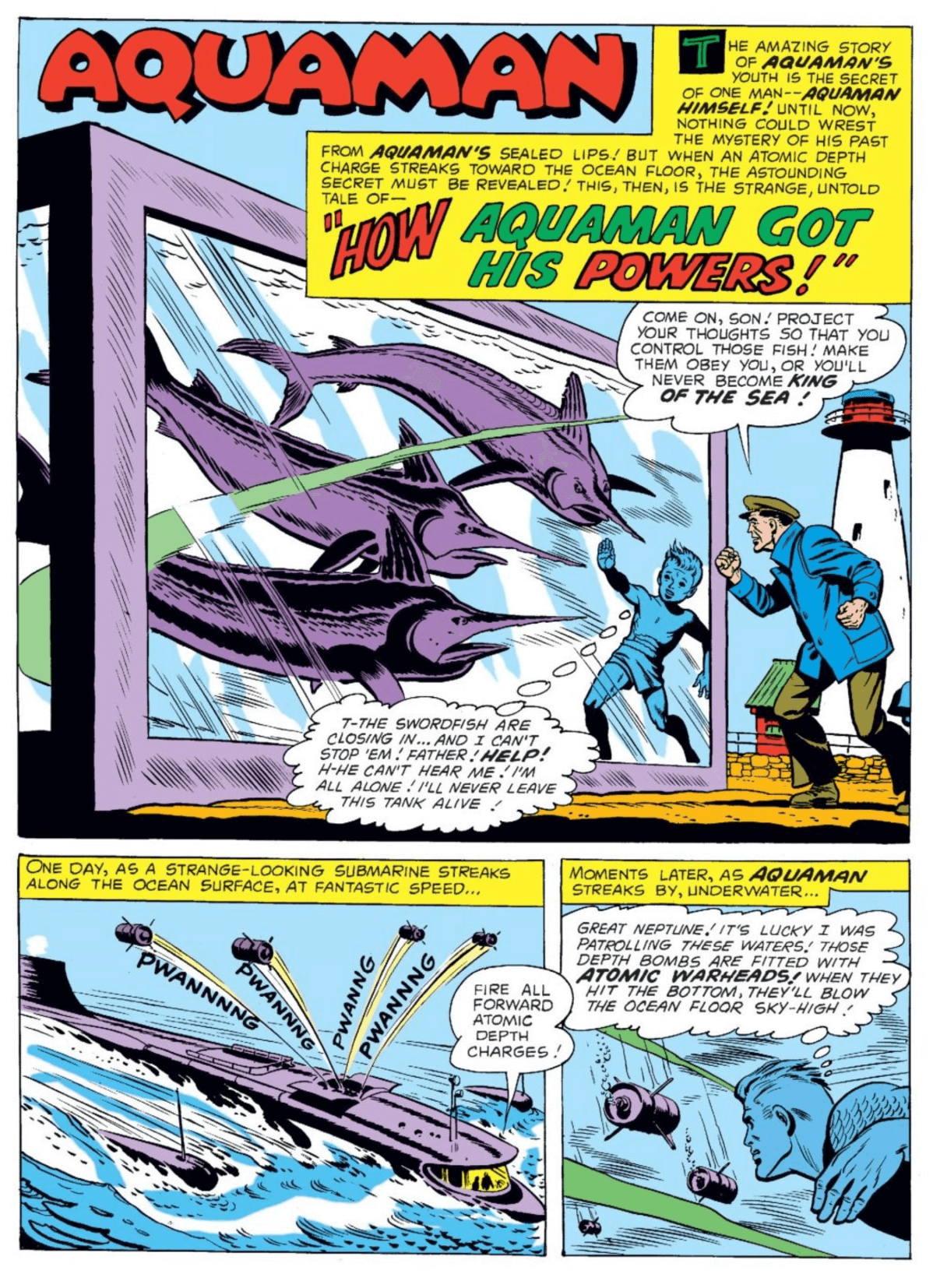 Fradon joined DC fresh out of the Parsons School of Design, after a friend, letterer George Ward, suggested she send samples of her work to several comic studios. Fradon later claimed she knew "nothing about comics" when she began working for DC, though she did have a love for newspaper strips like The Phantom and The Spirit. Fradon broke ground as the first female artist to work at DC, and only the second, next to Marie Severin at Marvel, to work at the "Big Two."

Ramona's first comic work at DC was a four-page story in Adventure Comics #165 focused on The Shining Knight. Fradon took over the feature for two issues from previous artist Frank Frazetta, and would be the last person to draw the character in that iteration, as his story finished in Adventure Comics #166. Though her tenure there with the medieval adventurer was short-lived, it wasn't long before Fradon found the character with whom she'd become most associated -- in the mythical kingdom of Atlantis.

In the next issue of Adventure Comics, Ramona debuted on the book's Aquaman strip in the story "Treasures of the Sea!" (written by Jack Miller). The tale saw Arthur Curry trapped by a ne'er-do-well on the high seas and forced to uncover a pirate's bounty for the baddy in an attempt to save his sea-dwelling friends. One look at the comic, and it's no surprise that Fradon became the regular artist for the Aquaman feature. Her bold linework, imaginative framing, and action-packed panels were a perfect fit for the aquatic action hero. 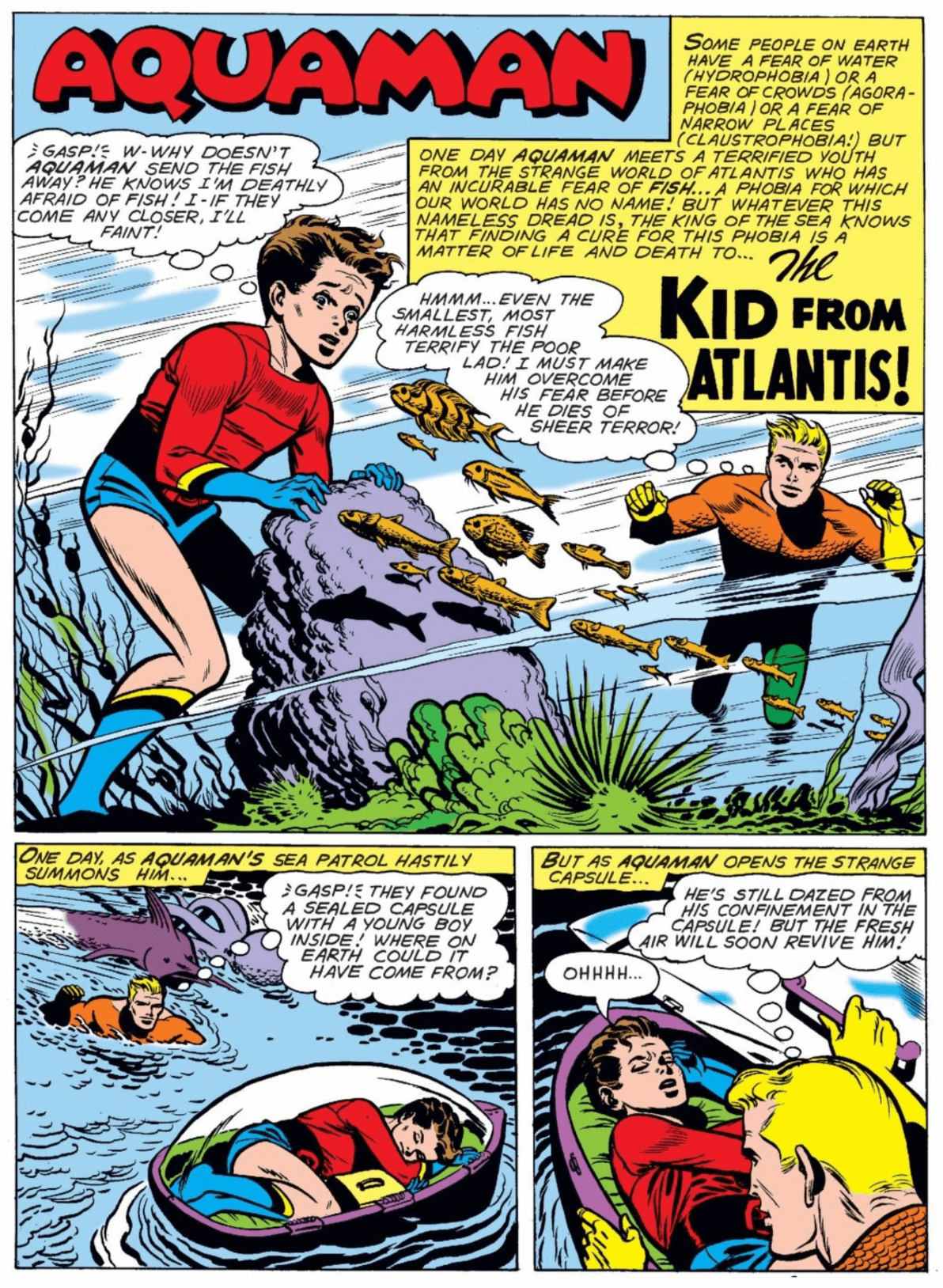 Fradon would draw Aquaman for most of the '50s and into the early '60s. Her handsome, wholesome, chiseled-jaw vision of the underwater adventurer became one of the most recognizable DC heroes. During her run, Fradon would introduce some of Aquaman's most vital supporting players, including Arthur's mother Atlanna, his sidekick Aqualad -- the original versions of which she introduced with writer Robert Bernstein in 1960's Adventure Comics #269 -- and, of course, his octopus chum Topo.

1961's Showcase #30 is widely seen as Fradon's most impactful work with Aquaman. As alongside writer Jack Miller she introduced a solid origin for the character, one which is widely regarded as his core backstory, eventually incorporated into his recent movie. This issue is also regarded as the first appearance of the Silver Age Aquaman, the outrageous, science-fiction-leaning, animal-centric version that defined the character for decades. 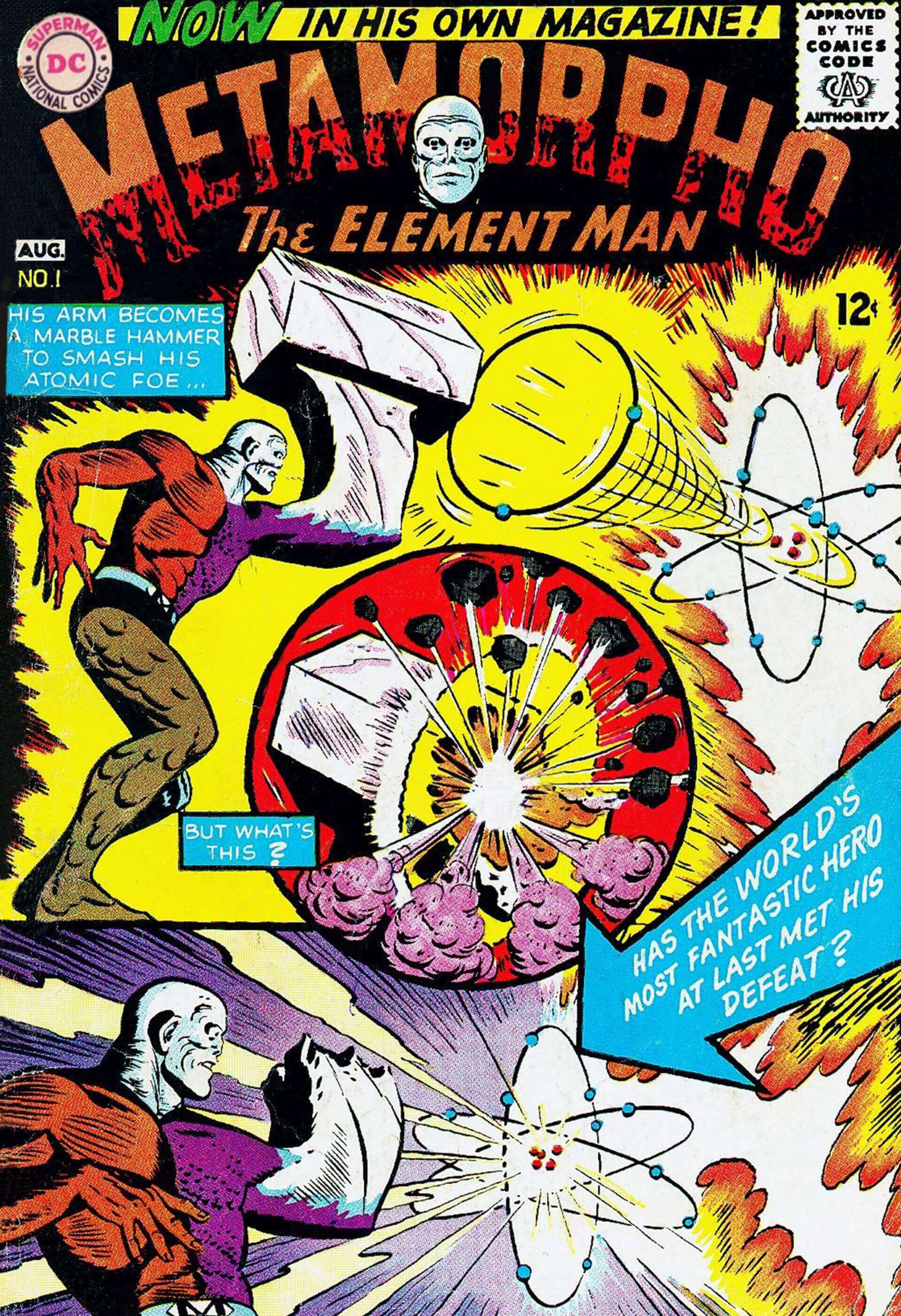 In 1965, Ramona introduced another iconic character in Metamorpho. The elemental superhero first appeared in The Brave and the Bold #57, written by Bob Haney. At first, he was played as a parody of the increasingly overpowered heroes then filling the pages of comics. But over the years, Metamorpho has become another iconic hero in DC's roster and has served as a member of the Outsiders, the Doom Patrol, and, of course, the Justice League. He can even be seen in DC Universe's Young Justice: Outsiders. 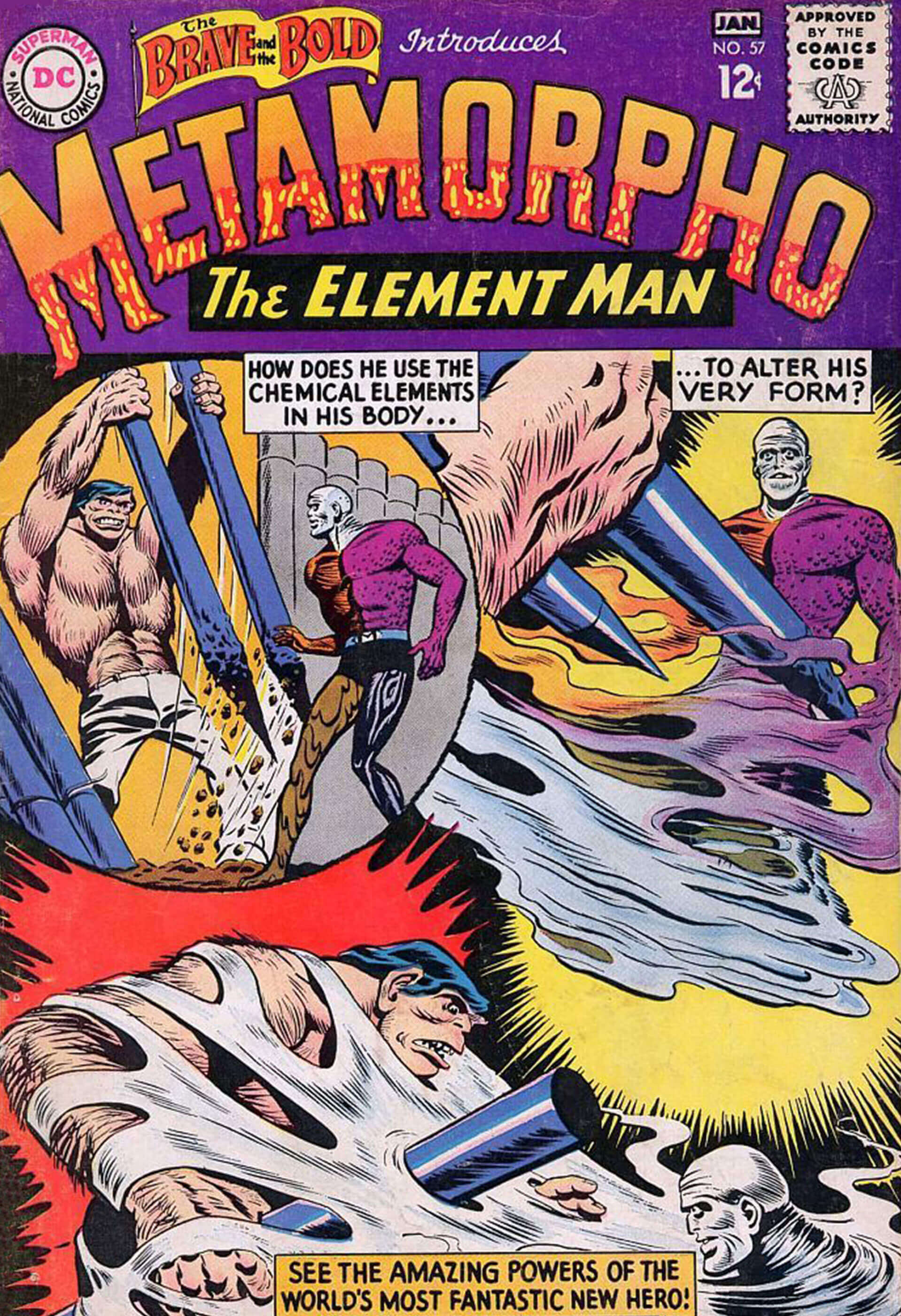 In 1977, Fradon was the first artist to introduce the Wonder Twins to the comic book world after they first appeared in TV's The All-New Super Friends Hour. She also drew Plastic Man and the Freedom Fighters after returning to the company after her maternity leave. Fradon is still an active creator now at the age of 92 years old -- she's published her own comics, has attended many comic conventions, and still takes commissions from fans on her website. 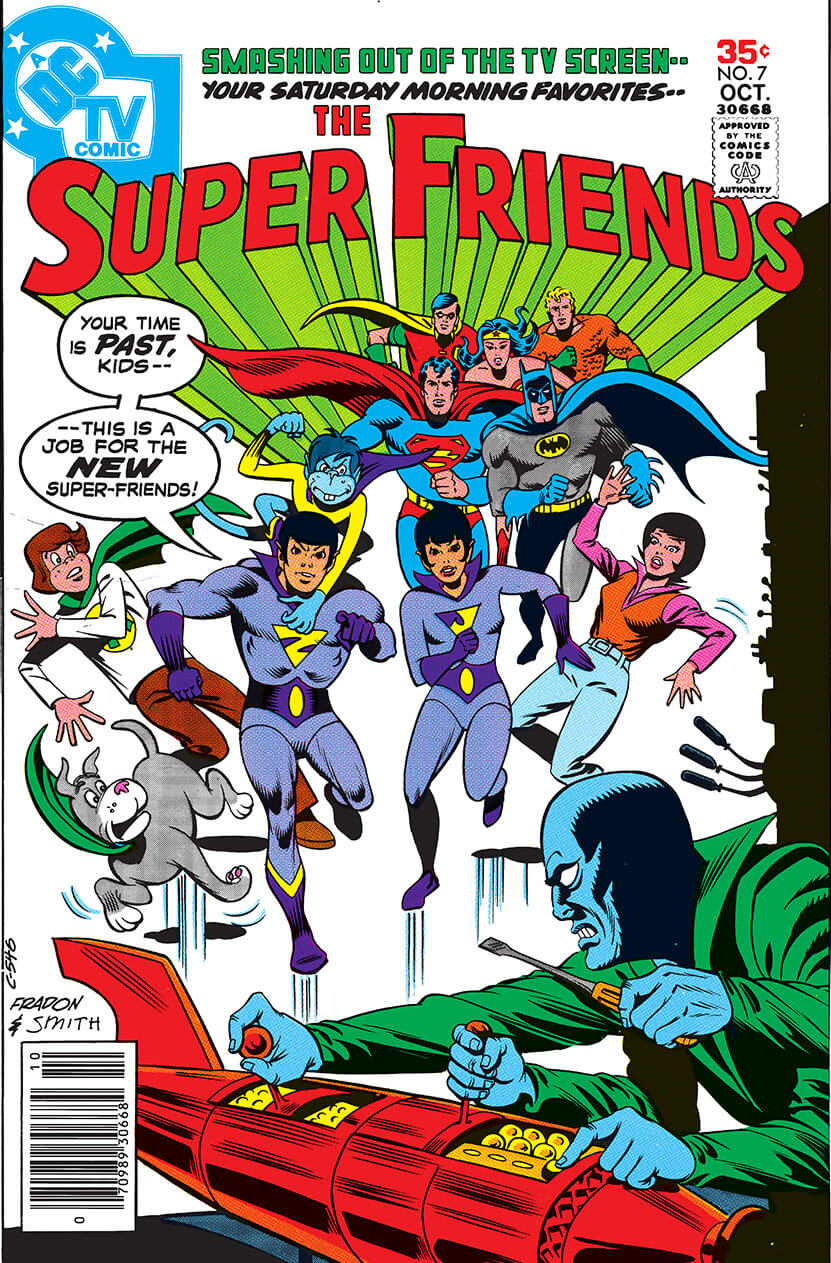 A trailblazer for women in the comics industry and one of the definitive artists of the Silver Age, without Fradon we likely wouldn't have the Aquaman we know today. And without her deft work on Showcase #30. it's unlikely we'd have had the moving mother / son story at the heart of last year's blockbuster movie.

Are you a Ramona Fradon fan? Let us know in our Community!