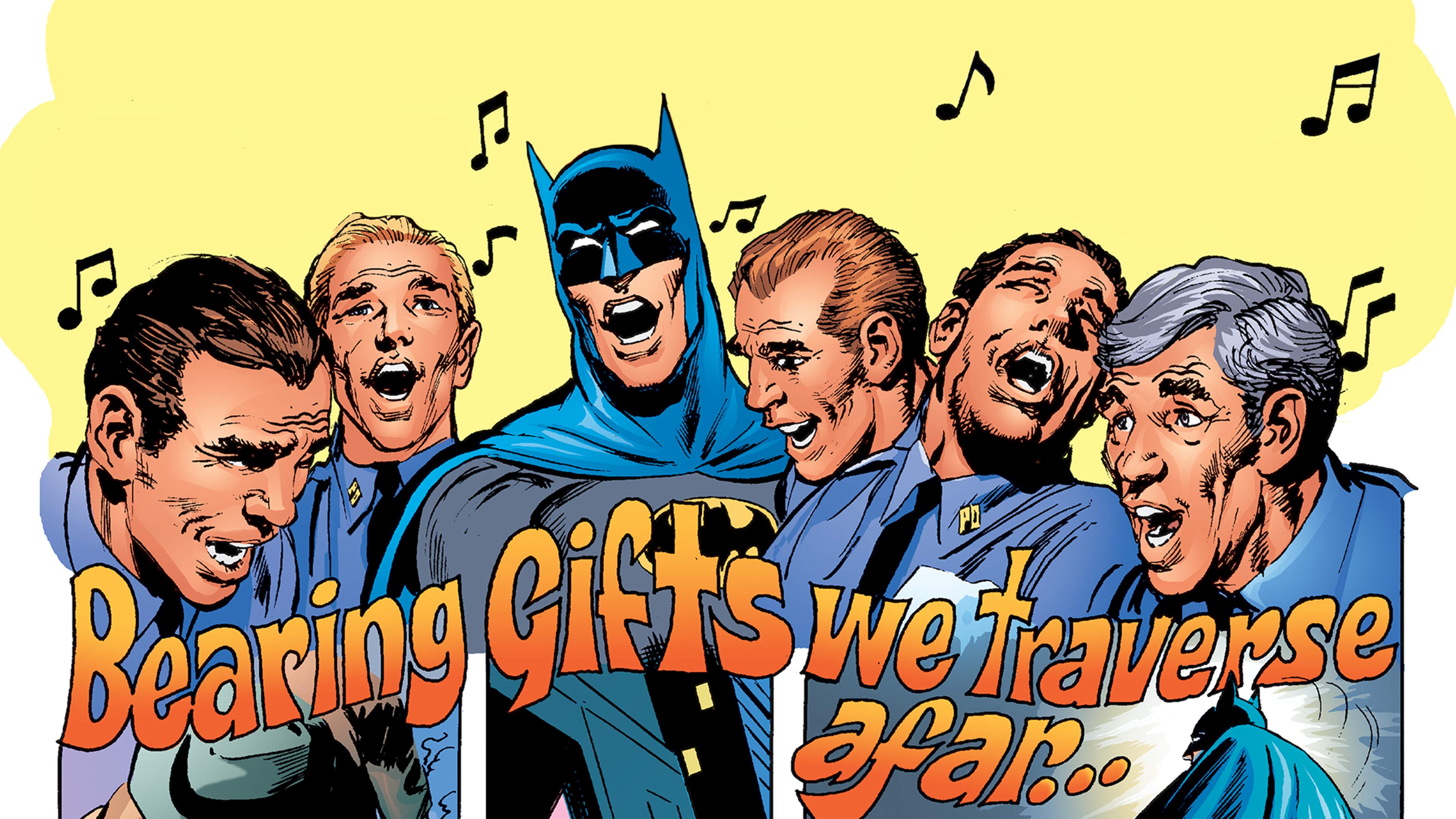 You’ve heard it on the playground, you’ve heard it from your annoying cousins, and you’ve even heard Bart Simpson sing it in the Simpsons debut episode: Jingle bells, Batman smells. Comedy scholars have noted that the holiday parody dates back to the 1960’s, where it became a popular anthem for those who needed a superhero alternative to Jingle Bells. The song has become so big, that even the Joker acknowledged it as he sang a rendition during an episode of Batman: The Animated Series.

Some might say that the song is mocking the Dark Knight, but we have a more optimistic point of view. We think the song is actually a celebration of Batman’s rich 80 year history. Every line in the song refers to a canonical event in the Dark Knight’s career. Are you skeptical? Read on… 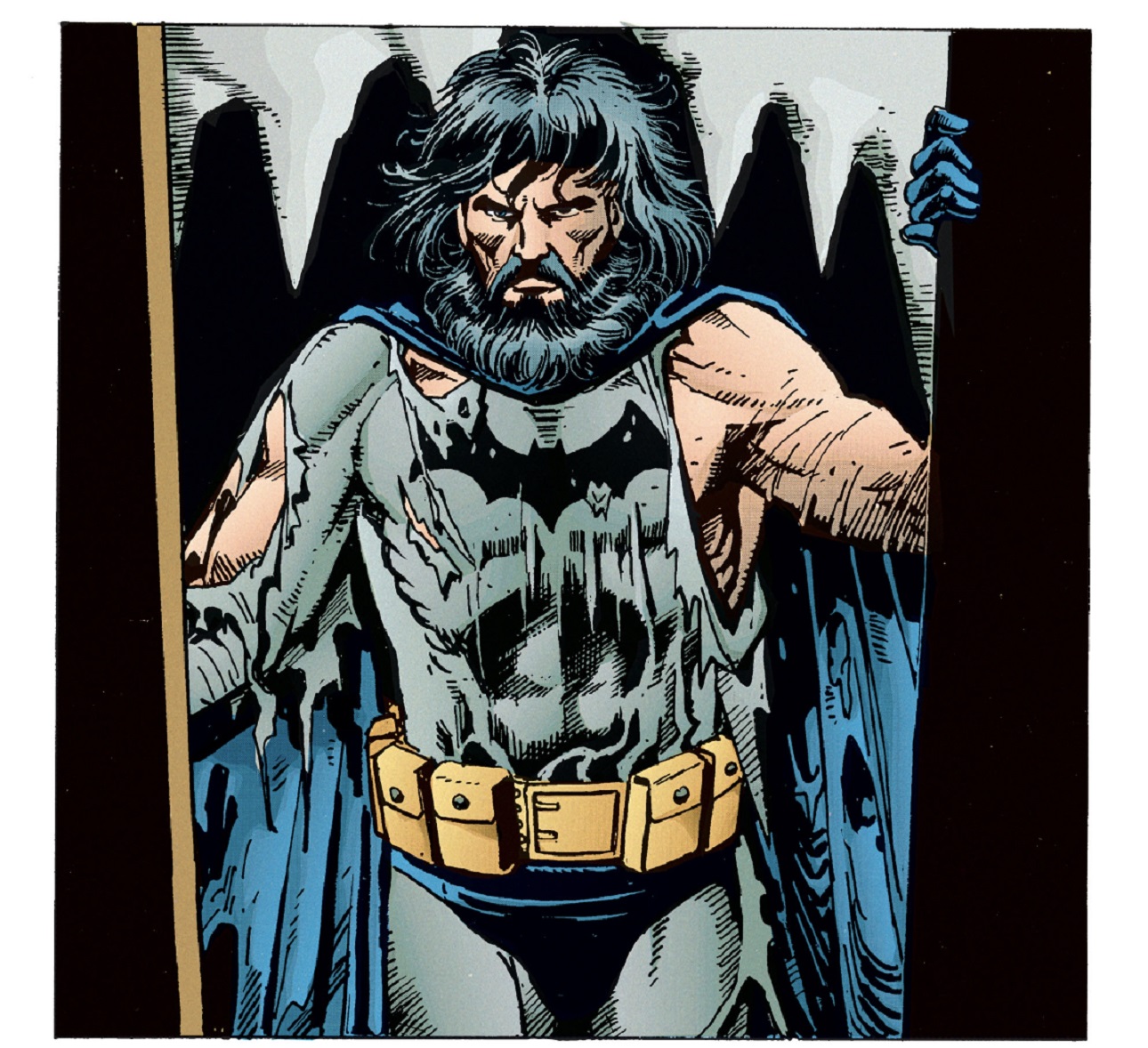 This line was the hardest to prove, since you can’t smell comics, but heavy research proved that the line is canon. Consider this; the Dark Knight often spends hours on patrol, sometimes in the sewers. He’s been known to swim in the sewer waters, as he did in Batman: Legends of the Dark Knight #16. Are you going to tell us that Bruce Wayne returns to Wayne Manor smelling as fresh as a daisy?

Later on in that same storyline (Batman: Legends of the Dark Knight #18), Bruce spends a month locked in the Batcave, presumably without hygienic items. By the time he emerges he looks like a Bat-hobo, and most likely smells like one too.

Batman is not a super-powered metahuman, he’s a human being with normal physiology and pores. It would be impossible for him to go through these experiences without smelling. Nobody has the guts to tell him he stinks because he’s the big scary Dark Knight, but the evidence is indisputable – Batman smells. 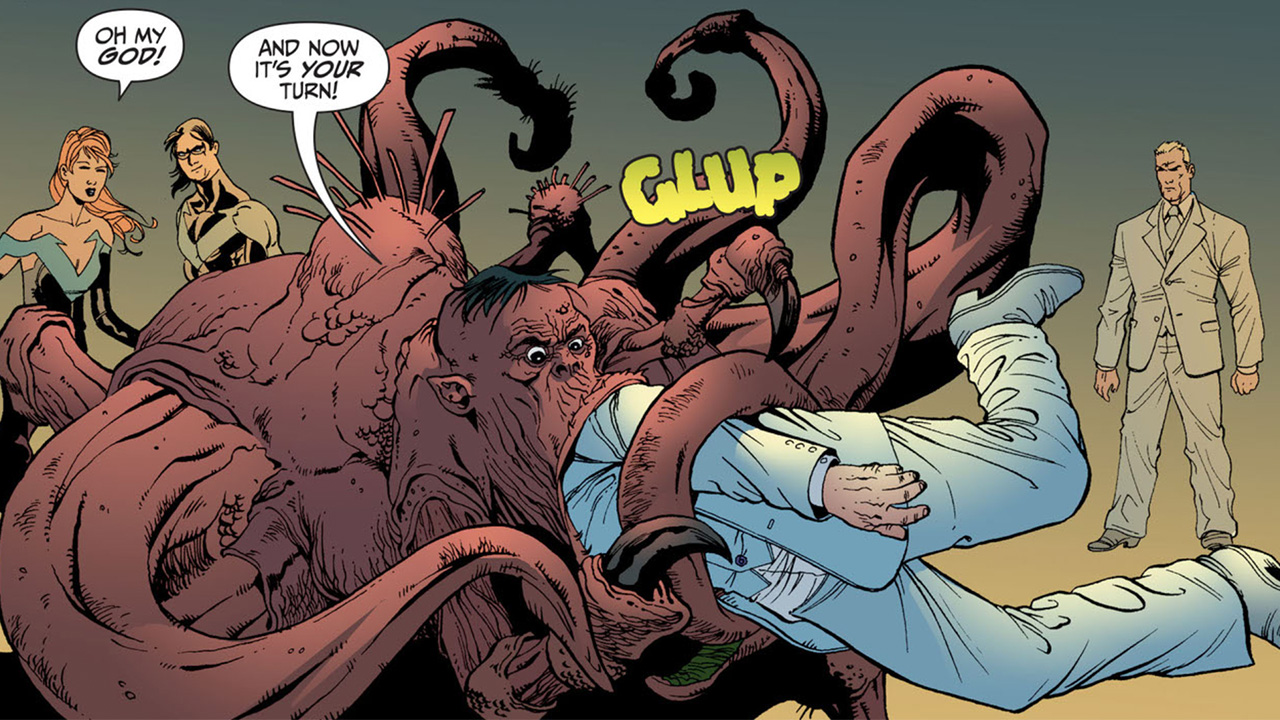 This might be a little tricker as most people, masked vigilantes or otherwise, don't lay eggs. Fortunately for us, there was the time that Jason Todd turned into a giant cannibal slug monster in Nightwing #122! Slugs are a species are known to lay 30 eggs at a time, so who can say what may transpired in-between the panels. There could be a whole colony of Slug-Todd hybrids roaming the streets of Bludhaven as we speak! We're going to squint our eyes and count this one as a win.

“…the Batmobile lost a wheel..” 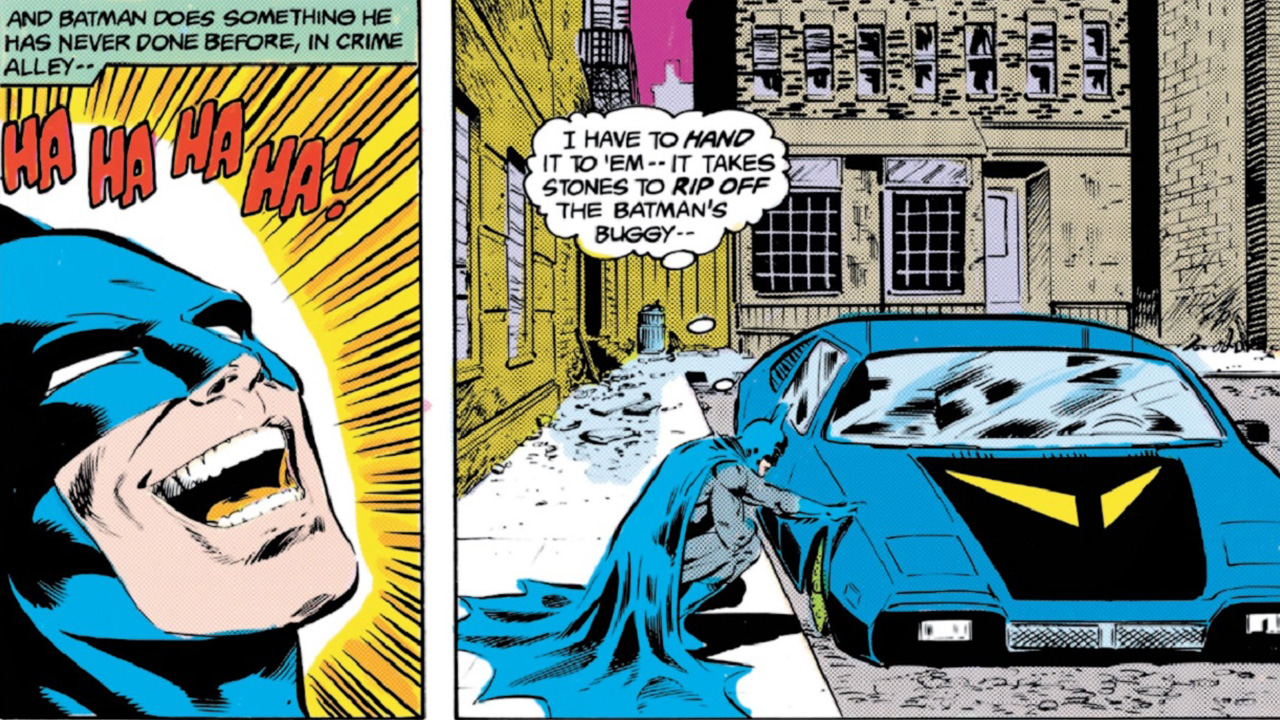 When the Dark Knight took a stroll through Crime Alley in Batman #408, he was surprised to find the Batmobile missing it’s tires when he returned to the iconic car. This incident introduced Batman to Jason Todd, who had stolen said wheels, and changed the course of their destinies forever. The Batmobile did lose a wheel, but the Dark Knight gained a Robin in the process.

The final line of the comedy carol ends on a foreboding note as the Clown Prince of Crime escapes justice. The Joker has escaped so many times that it would almost be harder to find instances where he was captured! The Joker got away from Batman after throwing him off a bridge in 1940’s Batman #1 – his first appearance! Another example is 1941’s Batman #5 where the Clown Prince caused Batman to drive an early version of the Batmobile off a cliff. The comic didn’t mention if the Batmobile lost a wheel during it’s fiery crash, but the Joker did get away. In fact, the Joker gleefully sang this line in the Batman: The Animated Series episode “Christmas with the Joker” as he rocketed out of Arkham on a jet-powered Christmas tree.

Of course, there is an alternate line that says “…and the Joker did ballet.” The Clown Prince of Crime recently starred in a 1 billion dollar movie where the most famous scene involves him gracefully dancing down a staircase, so we don’t think you need us to justify the ballet line. 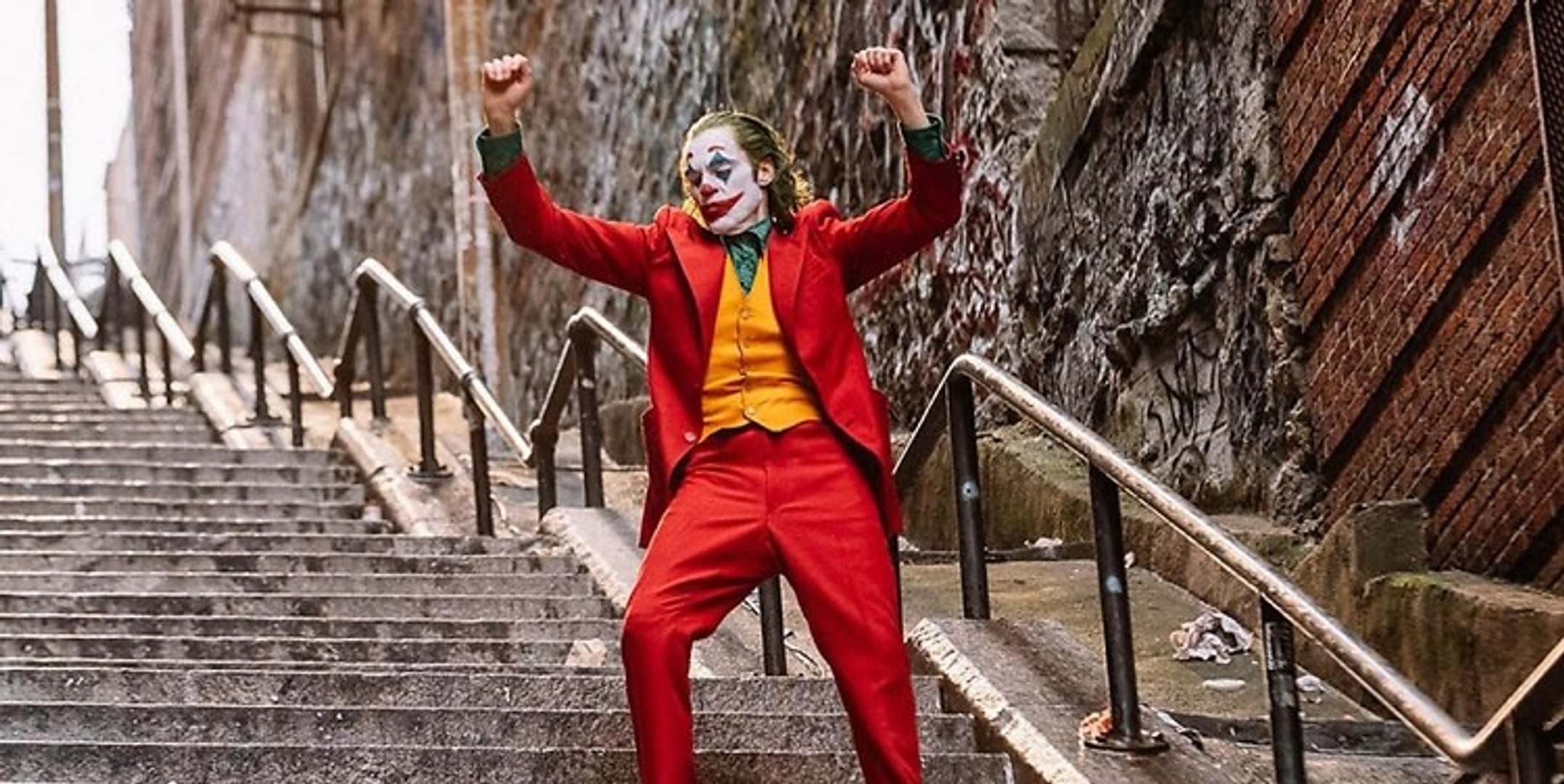 The next time someone sings this song, listen carefully to the lyrics. Don’t think of it as mocking Batman, think of it as honoring various points of his rich history from the Golden Age to the Modern Age. How many holiday jingles can reference Jason Todd’s origin, Batman's pungent funk, and the Joker’s first appearance all in one verse? It’s not a song parody, it’s a celebration of everything that makes the Dark Knight great. And aren’t the holidays about celebrating?

Do you agree with our findings? Let us know in our Community!