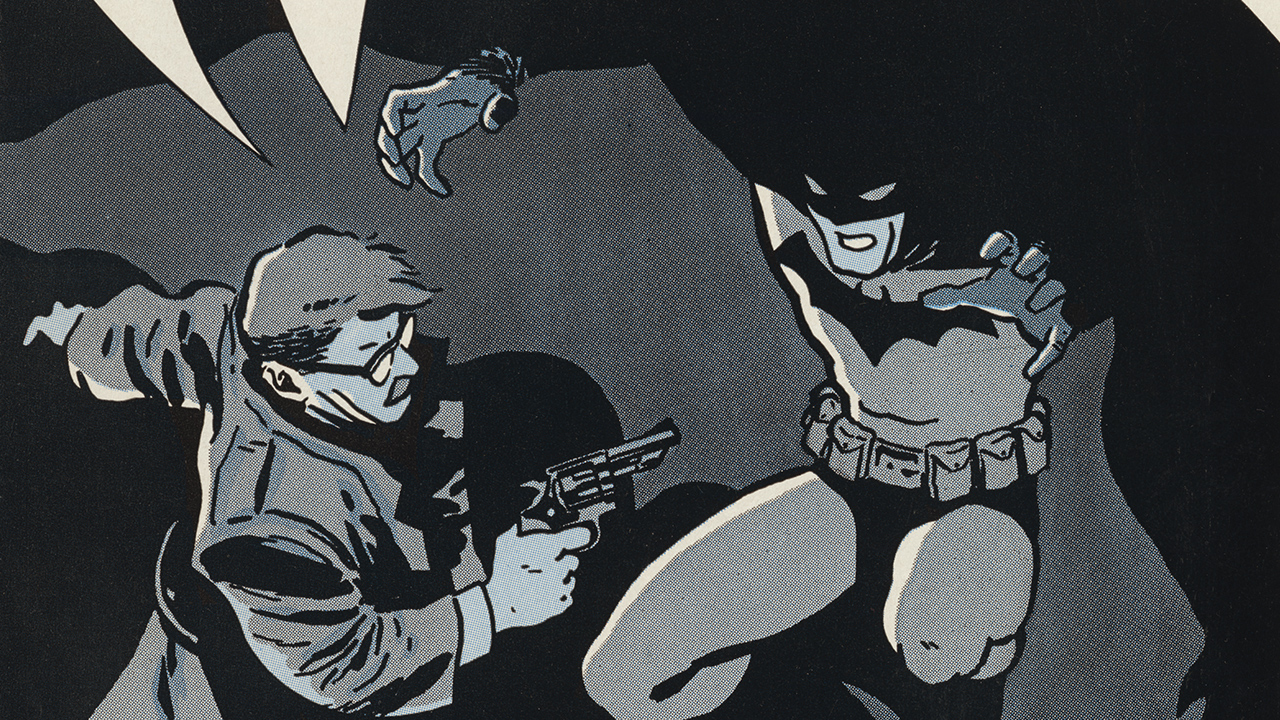 Why BATMAN: YEAR ONE Is the Ultimate Batman Comic

In 1987, writer Frank Miller and artist David Mazzucchelli reimagined Batman’s origin in the wake of the continuity-altering Crisis on Infinite Earths. Running in Batman #404-407, "Year One" revealed how Bruce Wayne built his Batman persona and chronicled his early days fighting crime. Along the way, Batman had to deal with a police force that wanted him eliminated, a femme fatale cat burglar, limitless corruption, and Gotham’s entire underworld. When fans discuss the most iconic Batman stories ever published, this title is ALWAYS mentioned. So why is "Year One" so often cited as the ultimate Batman comic? We’ve got a few ideas.

There have been many retellings of Batman’s origin over the years, but ‘Year One’ stands above the rest due to the depth it gives eveything that preceded it. In 1939’s Detective Comics #38, for example, we learn that Bruce Wayne chose a bat as his motif after seeing one fly through the window of his study. That scene, only 3 panels long, was reimagined as the powerful moment that concludes the opening chapter of ‘Year One.’

Bruce is bloodied and beaten after an unsuccessful night on the streets. He flashes back to the murder of his parents, presented in all of its grim detail with David Mazzucchelli’s mimimalist, evocative illustrations, and wonders if he’s cut out for a life of crimefighting. Everything comes together when the bat crashes through the window, shattering the glass in the study and giving Bruce Wayne the inspiration he needs to soldier on. Filled with such moments, ‘Year One’ doesn’t simply retell Batman’s origin, it rebuilds it from the ground up.

A great story requires masterful storytellers, and "Year One" couldn't have a better duo than Miller and Mazzucchelli. Their collaboration ensures that this story reaches its maximum creative heights. The next time you read "Year One," pay attention to the small touches in Mazzucchelli’s art. Look at the way Alfred is drawn in the scene where Jim and his wife Barbara visit Bruce in his study. Although Alfred doesn’t say much, Mazzucchelli gives him enough body language and nuance that we can practically hear the butler’s inner thoughts.

The illustrative talents go beyond the characters as well. Look at Gotham, and you’ll see the city has a personality of its own. The gritty-but-delicate details from Mazzucchelli give "Year One" the feel of indie cinema as much as they do an epic action movie. All of this would be nothing without Frank Miller’s script. A huge section of the story’s middle act involves Batman trapped in a derelict building surrounded by crooked GCPD members. In lesser hands, this sequence could slow the story down or stop it dead. But it winds up one of the tale's most exciting sequences. Fresh off the success of The Dark Knight Returns, Miller was on fire, and could make something as simple as Batman hiding under a staircase as heartstopping as anything depicted in a comic book.

Much of our modern understanding of Commissioner Jim Gordon comes from "Year One." For years, Gordon was little more than a stoic boss and a writing tool who delivered exposition and set story events in motion by pointing the Caped Crusader in the direction of the next threat. Although he was given an occasional subplot, Gordon lacked pathos.

All that changed with "Year One." Here, Gordon provides as much narration as Batman, and we spend more time in his head than we were permitted in any other story. In fact, some would argue that "Year One" is just as much a Jim Gordon origin story as it is a Batman tale. While we’re seeing Bruce mold himself into the Dark Knight, we watch Jim acclimate to the Gotham City Police Department after being transferred from Chicago. He’s not a Commissioner yet; and, as the GCPD’s newest Lieutenant, he faces pushback from the corrupt cops on the force who don’t like him rocking the boat.

"Year One" also explores Jim’s complicated relationship with Batman. Gordon asks himself the hard questions – how does a lawman ally himself with someone who is lawless? Jim makes mistakes and even has an extra-marital affair with a co-worker. This move was controversial at the time, since many readers were horrified to see the once-perfect Gordon cheating on his pregnant wife. "Year One" gave Gordon feet of clay, and in so doing turned him into one of the most interesting characters in the Batman mythos.

Many people take this for granted, but "Year One" is responsible for the way we perceive Alfred and Bruce’s relationship. Many Batfans regard Alfred as a surrogate father to Bruce, since he was the one who raised him after his parent’s death. But it wasn’t always that way. In DC's original continuity, Alfred didn’t appear on the scene until Dick Grayson was already Robin, and Batman had already faced the Joker, Catwoman, and many other foes. "Year One" changed the DNA of their relationship by establishing Alfred had been their from the beginning, and how the butler was in some ways Bruce’s last remaining family member.

Even if you’ve never read "Year One," you’ve felt its legacy. The version of Jim Gordon in Christopher Nolan’s Dark Knight Trilogy and television’s Gotham would not exist were it not for "Year One." In fact, much of Nolan’s trilogy owes something to Miller and Mazzucchelli’s story, which also introduced other characters who've become staples of the Batman mythos. In "Year One," we first meet Carmine Falcone, Holly Robinson, Sarah Essen, and James Gordon Jr. Despite DC continuity changing a few times since its publication, "Year One" remains the gold standard for Batman’s origin, and is still referenced in comics today. Writer Tom King frequently calls back to the story in his run, in which Bruce and Selina argue about the circumstances of their first meeting. The success of "Year One" further inspired DC to give the same treatment to many of its other characters. Green Arrow, Black Lightning, Wonder Woman...even the Justice League all got their own "Year One" stories. Batman got his own spiritual sequels with Batman: Year Two and Batman: Year Three.

And hey, speaking of Gotham... In 2011, its star Ben McKenzie voiced Bruce Wayne for the animated film adaptation of Batman: Year One. If you love the comic, then you absolutely must watch the film, which makes Mazzucchelli’s unparalleled art leap off the page.

What’s your favorite scene in BATMAN: YEAR ONE? Let us know in our Community!