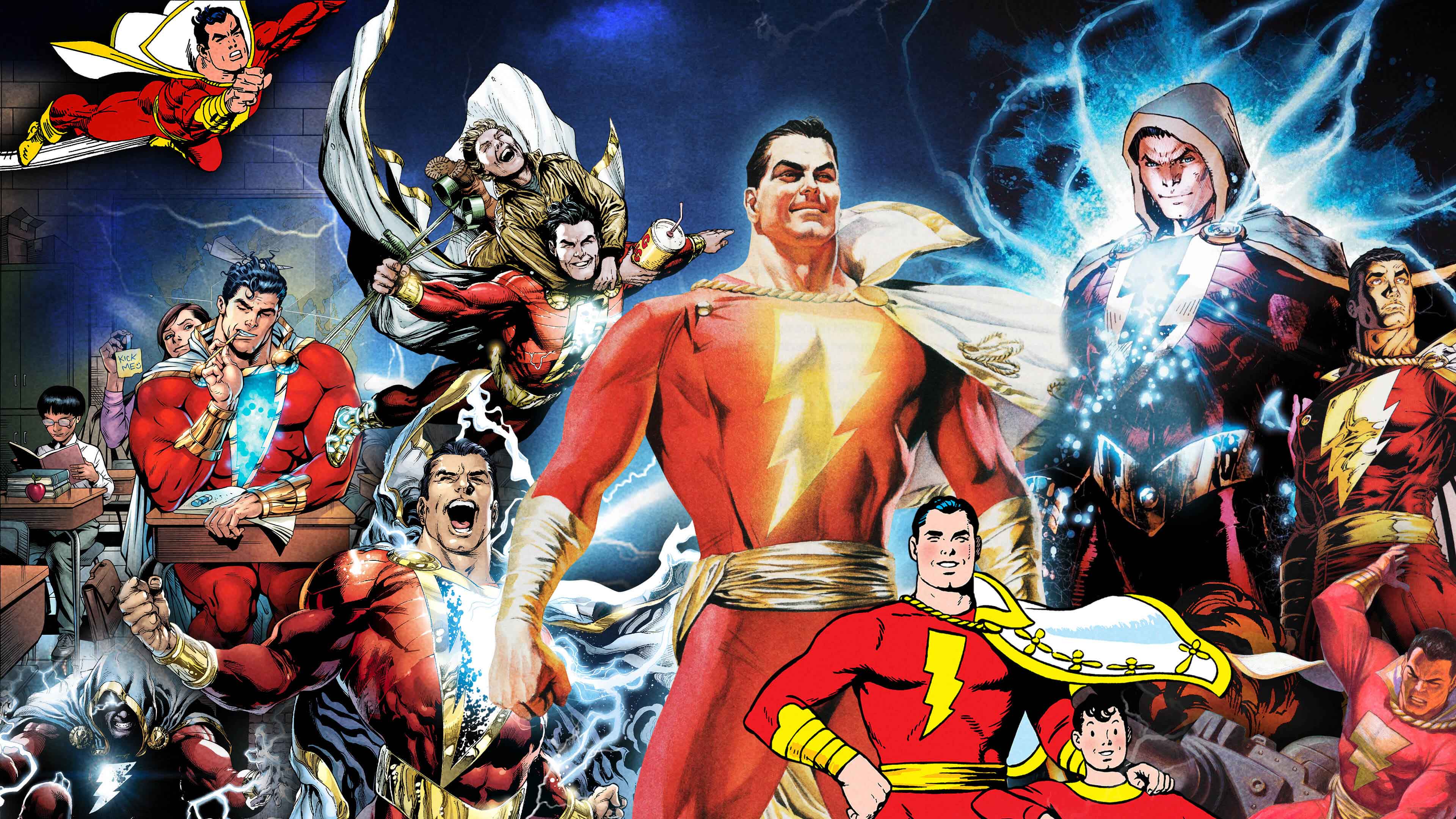 Where to Start Reading Shazam Comics

Holy moly! The Rock of Eternity contains untold treasures, magical secrets, and a huge digital library of Shazam comics. If you're feeling overwhelmed as to where to start, you don’t need the wisdom of Solomon to figure out which book to pick up first, because we've got you've covered. Whether you’re a bookworm like Mr. Mind or a superhero fanatic like Freddy Freeman, our handy beginner's guide will make you a Captain Marvel expert before you can shout the word “Shazam!” 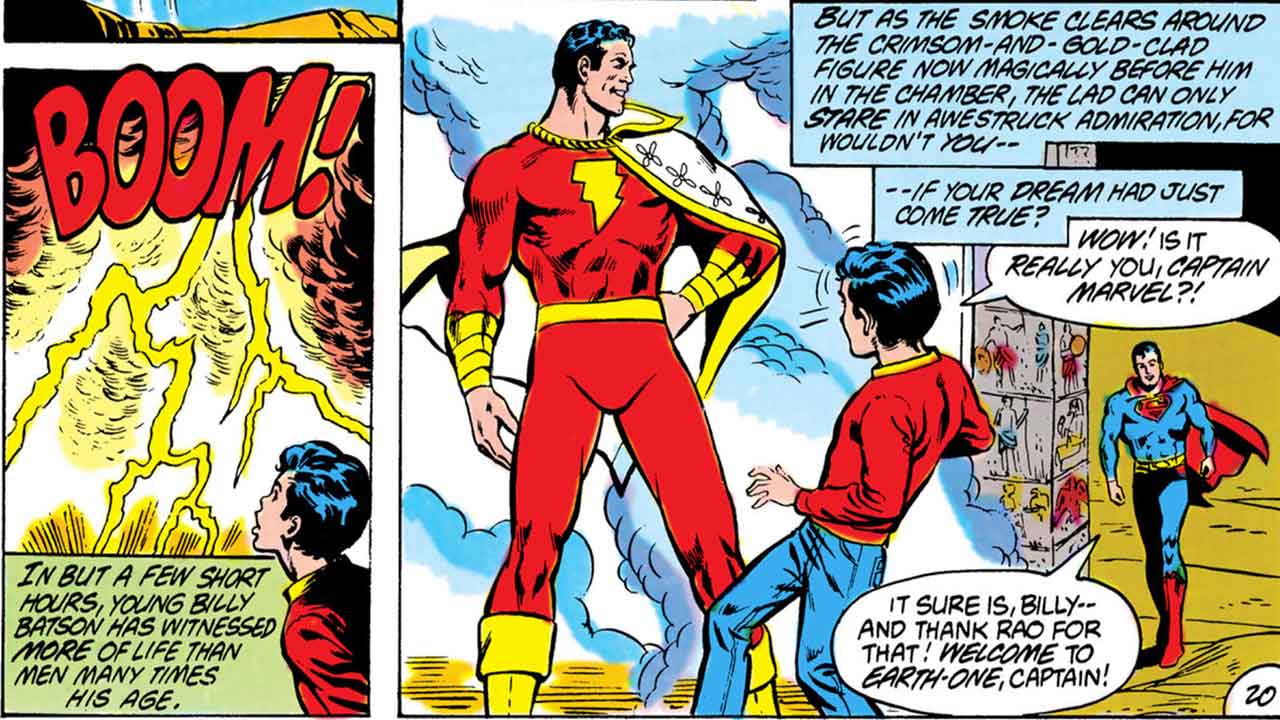 THE STORY: Before he joined the mainstream DC Universe, Captain Marvel and his villains existed on Earth-S, which was the home for all the heroes introduced in the pages of the 1940s Fawcett Comics heroes -- characters which were later acquired by DC Comics. Although he didn’t exist on their world, Captain Marvel still had a few memorable team-ups with the Man of Steel, including this 1070s story. When Captain Marvel's enemy Black Adam travels to Earth 1, it takes more than one hero to fight him. As Superman and Captain Marvel do their best to stop Black Adam’s reign of terror, Earth 1’s version of Billy Batson (who is a powerless child) takes center stage to prove that anyone can be a hero. Writers Roy Thomas and Paul Kupperberg both understand that any Shazam classic should ultimately be built on heart, and this comic demonstrates this perfectly.

WHAT’S NEXT: If you enjoy seeing Superman and Captain Marvel team up then you’ll love a Modern Age take on their first meeting -- the 2005 limited series ‘Superman/Shazam: First Thunder.’

BONUS: For more Superman and Captain Marvel action, watch the two of them duke it out in the ‘Justice League’ episode “Clash.” 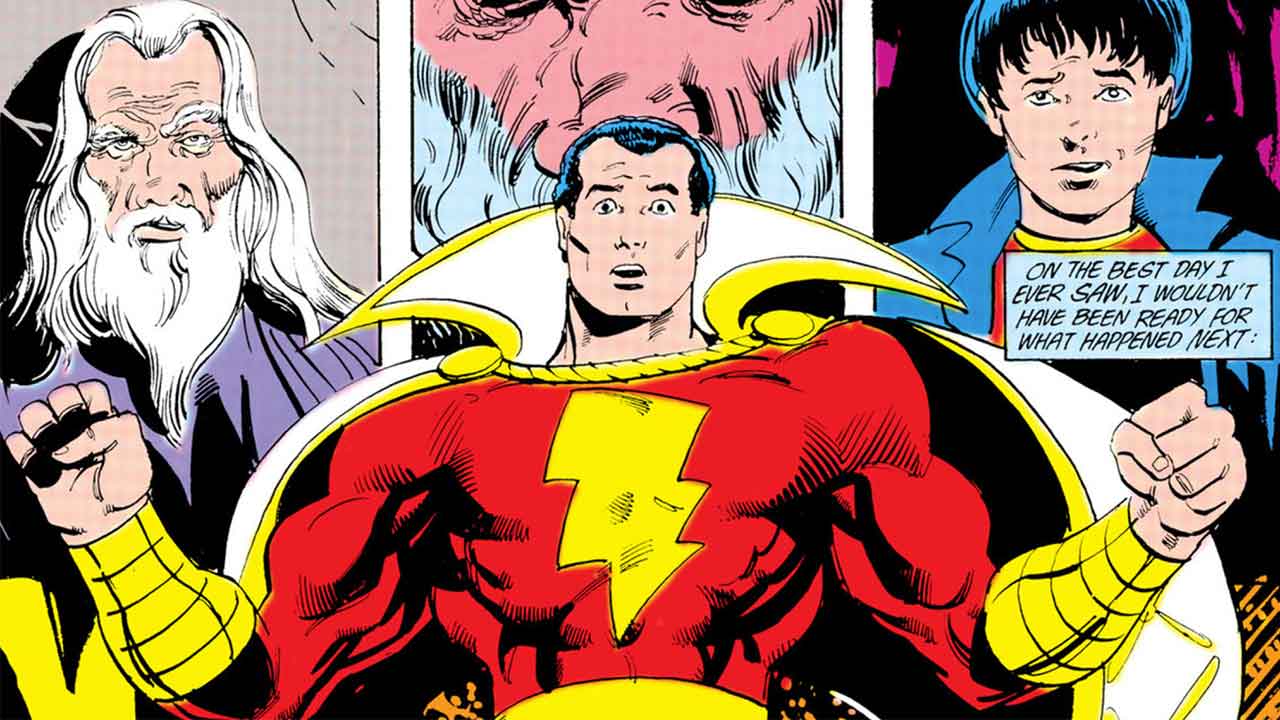 THE STORY: After years of existing in his own world, the reality-warping events of ‘Crisis on Infinite Earths’ brought Captain Marvel into the mainstream DC Universe. Writer Roy Thomas updated Billy Batson, his friends and his enemies for a heartwarming limited series that quickly became a fan favorite. Although the origin depicted here was contradicted by later stories, many of the elements introduced here have become iconic pieces of Shazam mythology. For example: in previous incarnations Captain Marvel and his alter ego Billy Batson were separate personalities, but for this story Thomas gave the adult Captain Marvel the personality of the child Billy. Every retelling since has kept this status quo, including this year’s hit ‘Shazam!’ movie. So if you enjoyed seeing Zachary Levi playfully flossing, then you have this limited series to thank.

FOR FANS OF: The movie ‘Big,’ the Harry Potter book series, family drama, and heroic origins.

WHAT’S NEXT: After being fully integrated into the DC Universe, Captain Marvel played a large role in the post-Crisis ‘Legends’ event storyline.

BONUS: The idea of Uncle Dudley being Billy’s guardian was used when Captain Marvel (voiced by Rob Lowe) appeared in the ‘Young Justice’ episode “Alpha Male.”

“The Power of Shazam” 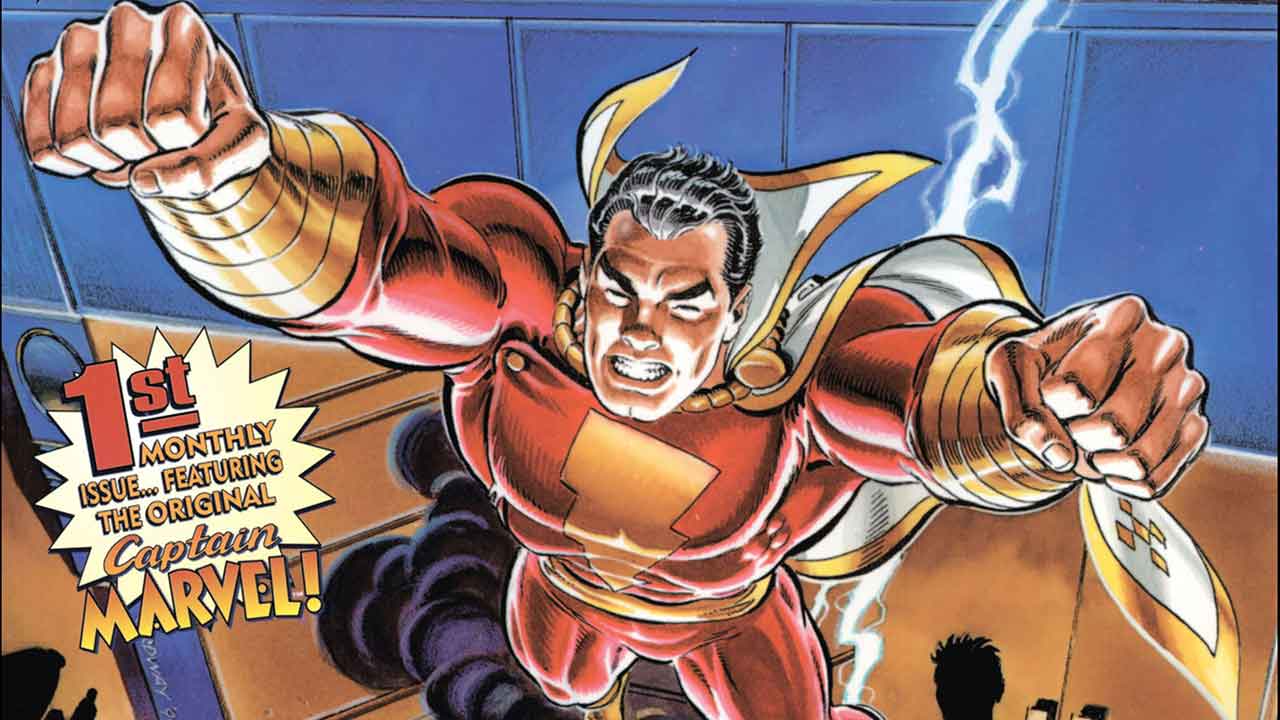 THE STORY: In 1995, legendary DC creator Jerry Ordway gave the Big Red Cheese his first ongoing series in almost 20 years. After establishing a new origin for Captain Marvel in the ‘Power of Shazam’ graphic novel, writer Ordway continued the story by building Billy’s world with this new series. Although the comic was a 1990s DC title, Ordway didn’t shy away from Billy’s old-school sensibilities. Ordway also reintroduced classic Fawcett Comics concepts like Tawky Tawny, the anthropomorphic tiger. The first arc of the series also brought Mary Marvel and Captain Marvel Jr. (who hadn’t been seen since 'Crisis') back into the fold, giving a new generation of readers a fun re-introduction to the Marvel Family.

FOR FANS OF: The classic Marvel Family, 'Pleasantville,' old -school sensibilities in a modern setting, 1990s storytelling, and heroic origins.

WHAT’S NEXT: Captain Marvel Jr. attempts to join the Teen Titans in ‘Teen Titans’ (1996) #17 and the results are hilarious.

BONUS: Watch the Marvel Family team up to take down Mr. Mind in the ‘Batman: The Brave and the Bold’ episode “The Malicious Mr. Mind.” 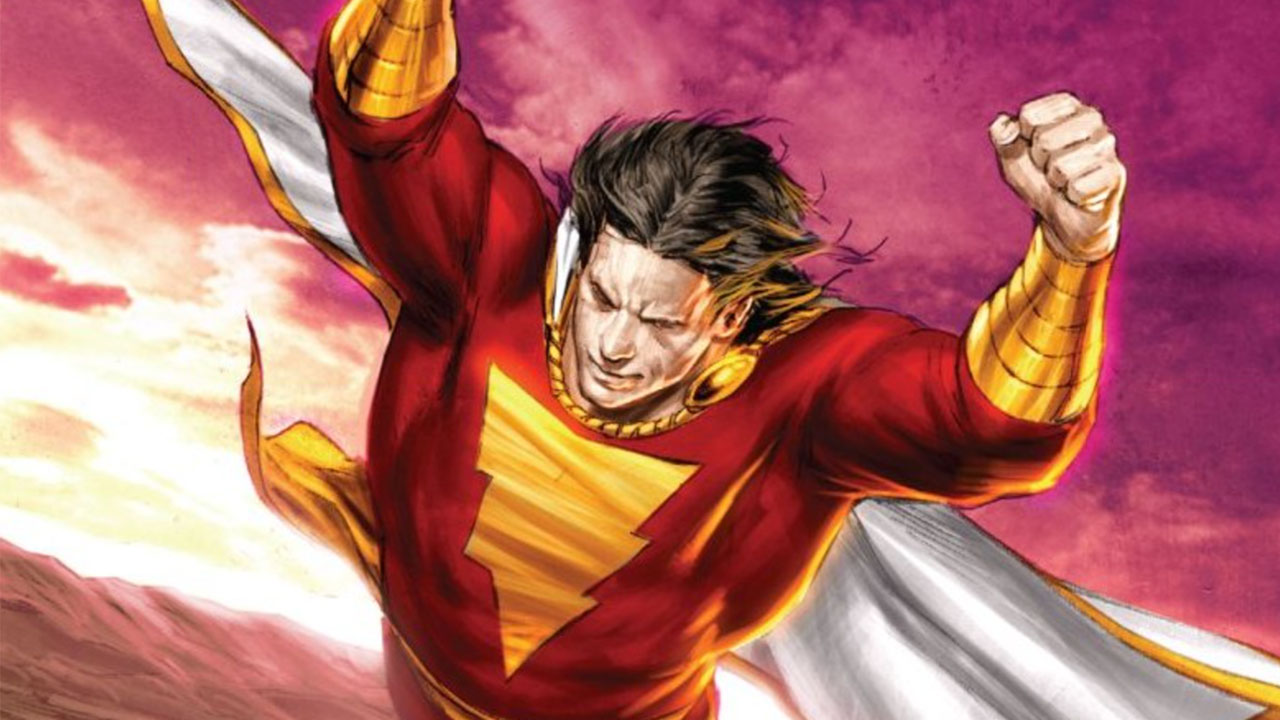 THE STORY: After the destruction of Rock of Eternity, Freddy Freeeman (AKA Captain Marvel Jr.) and Mary (Marvel) have lost their powers and Billy Batson has become the caretaker of a new Rock of Eternity – leaving the door open for a new champion to claim the power of Shazam. Freddy Freeman thinks he’s ready to become the new Captain Marvel, but before he can claim the power for his own, he must embark on a quest and prove his worth in a series of trials. Writer Judd Winnick puts Freddy center stage for an odyssey of adventure that turns the Marvel Family on their heels.

BONUS: Travel across the country with Billy Batson and his guardian Mentor in the 1974 live-action series ‘Shazam!.’ DC Universe has remastered all three seasons for your viewing pleasure, and you can learn how they did it by watching the ‘Restoring Shazam!’ documentary.

“Billy Batson and the Magic of Shazam” 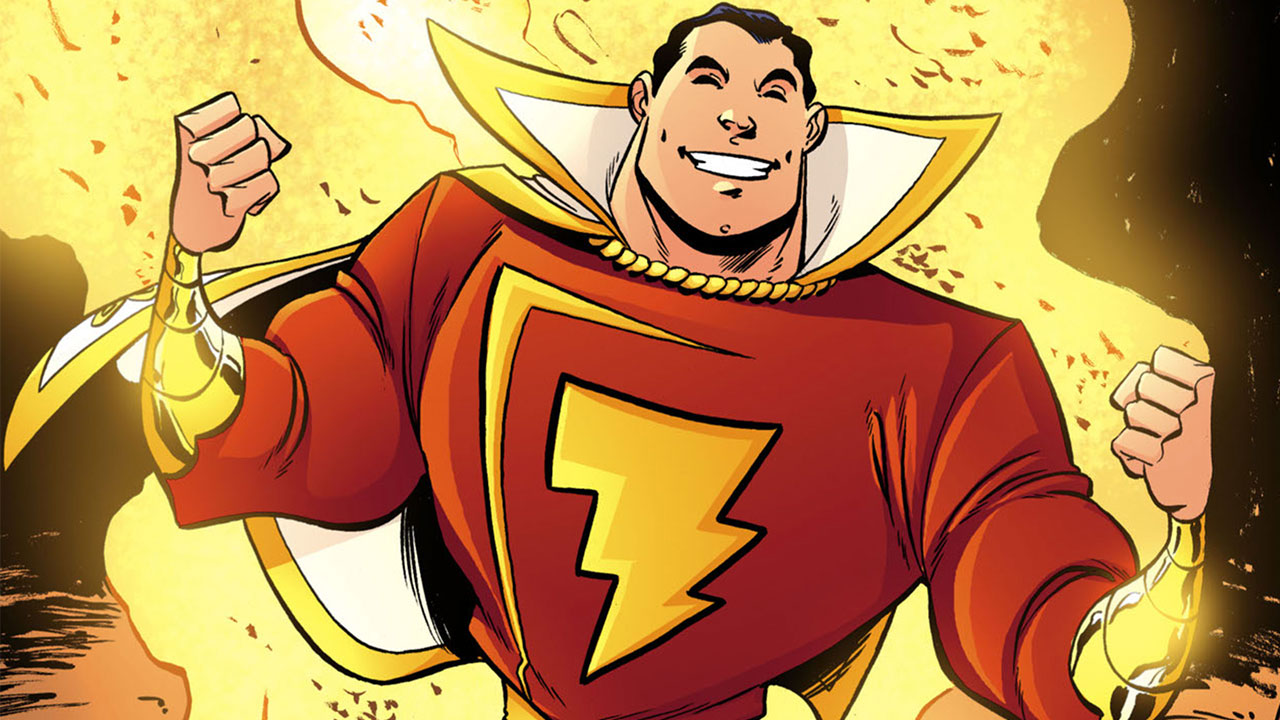 THE STORY: After the success of Jeff Smith’s ‘Shazam: The Monster Society of Evil’ limited series, writer-artist Mike Kunkel continued cartoonist Jeff Smith's story with an ongoing comic called ‘Billy Batson and the Magic of Shazam!’ which featured Captain Marvel and his sister Mary teaming up for a series of heroic adventures. The title was inspired by Captain Marvel’s Golden Age adventures, and its first storyline used the classic status quo of making Billy and Captain Marvel separate personalities. This all-ages comic was a heartwarming favorite of fans, and is remembered for the fun sibling dynamic between Billy and Mary.

WHAT’S NEXT: ‘Billy Batson and the Magic of Shazam!’ continues through issue 21. 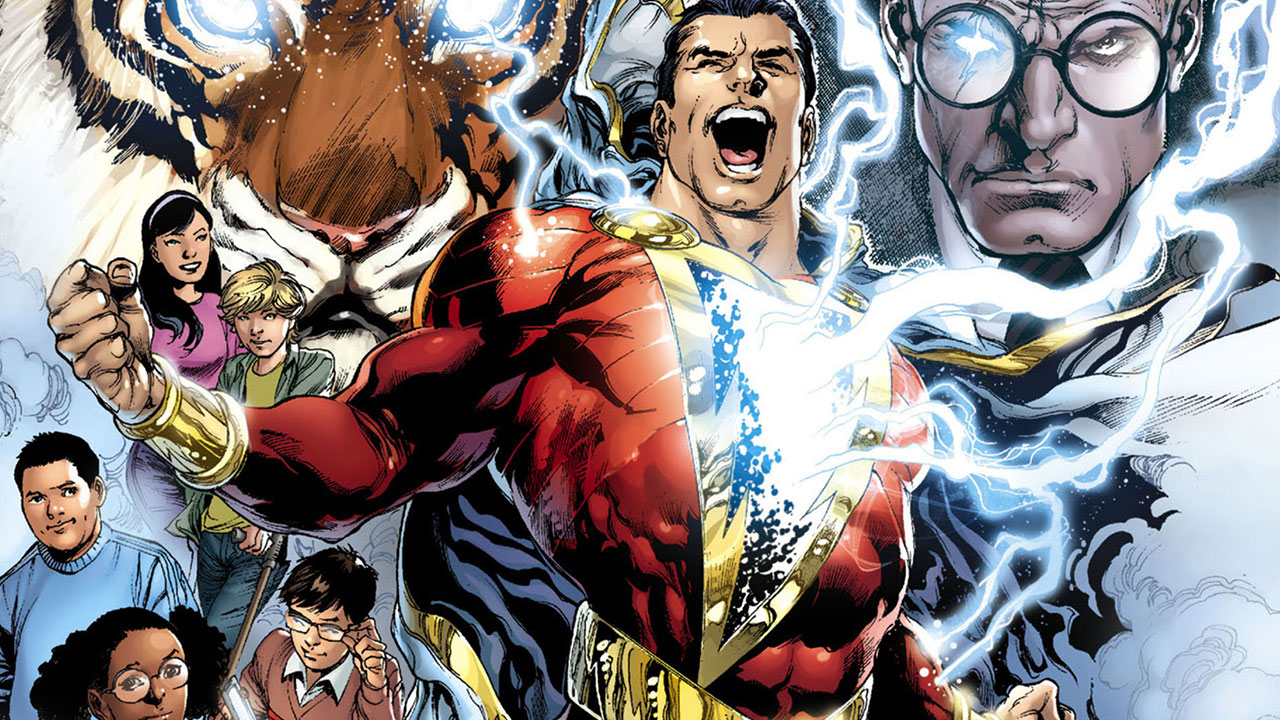 THE STORY: After DC reimagined its continuity with 2011's New 52 initiative, the origin story of Captain Marvel -- now permanently called "Shazam" -- was given an update in a back-up storyline in the ‘Justice League’ comic. Writer Geoff Johns and artist Gary Frank -- the team behind ‘Superman: Secret Origin’ and ‘Batman: Earth One’ -- set the stage for a new generation of magical adventures as a teenage grifter named Billy Batson finds himself gifted with incredible powers. At first Billy uses his new powers to goof off with his foster brother Freddy Freeman, but when Black Adam and the Dr. Sivana strike, Billy has to mature as quickly as his new physical form.

FOR FANS OF: The 2019 ‘Shazam!' motion picture (which takes its cue from this tale), bad boys finding redemption, magical YA stories, and the Geoff Johns and Gary Frank creative team.

WHAT’S NEXT: Now that he’s been established as a superhero, Shazam fights alongside the Justice League in the “Trinity War” event, in ‘Justice League' #22.

BONUS: For another take on Shazam’s origin story, check out the 2010 animated film ‘Superman/Shazam: The Return of Black Adam.’ 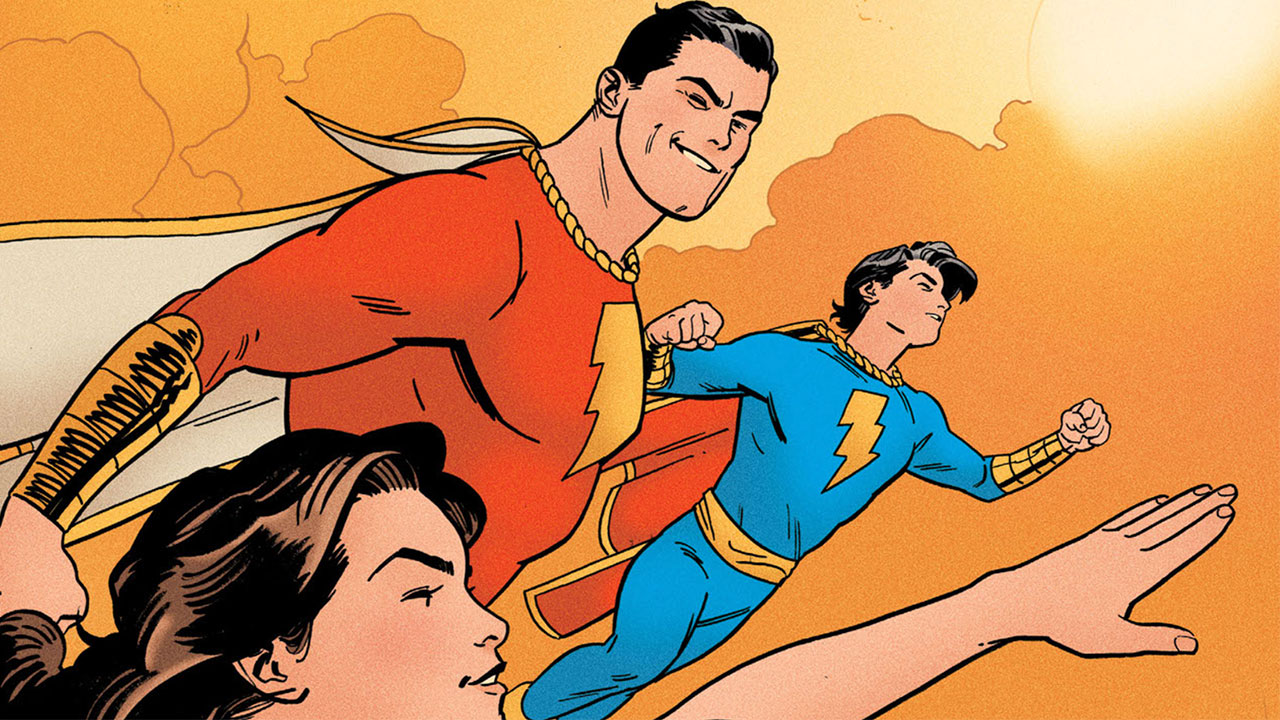 THE STORY: Holy moly! Thanks to the events of the ‘Convergence’ crossover event, the original Earth-S (home to the Golden Age Captain Marvel) is back, along with some of its most memorable inhabitants. It’s not all fun and games though, as the Marvel Family is forced to battle the ‘Gotham by Gaslight’ Batman to save their reality. Can the Marvel Family’s wholesome sensibilities prove strong enough to take down a grim version of the Dark Knight? Writer Jeff Parker and artist Evan “Doc” Shaner perfectly capture the spirit of the original Marvel Family in this limited series packed to the brim with more Earth-S Easter eggs than you could imagine.

WHAT’S NEXT: Check out the 9-issue ‘Convergence’ limited series to see how the Multiverse gets put back together again.

BONUS: Shazam is a featured character in the 2014 animated film ‘Justice League: War.’

Who is your favorite member of the Marvel Family? Let us know in our Community!