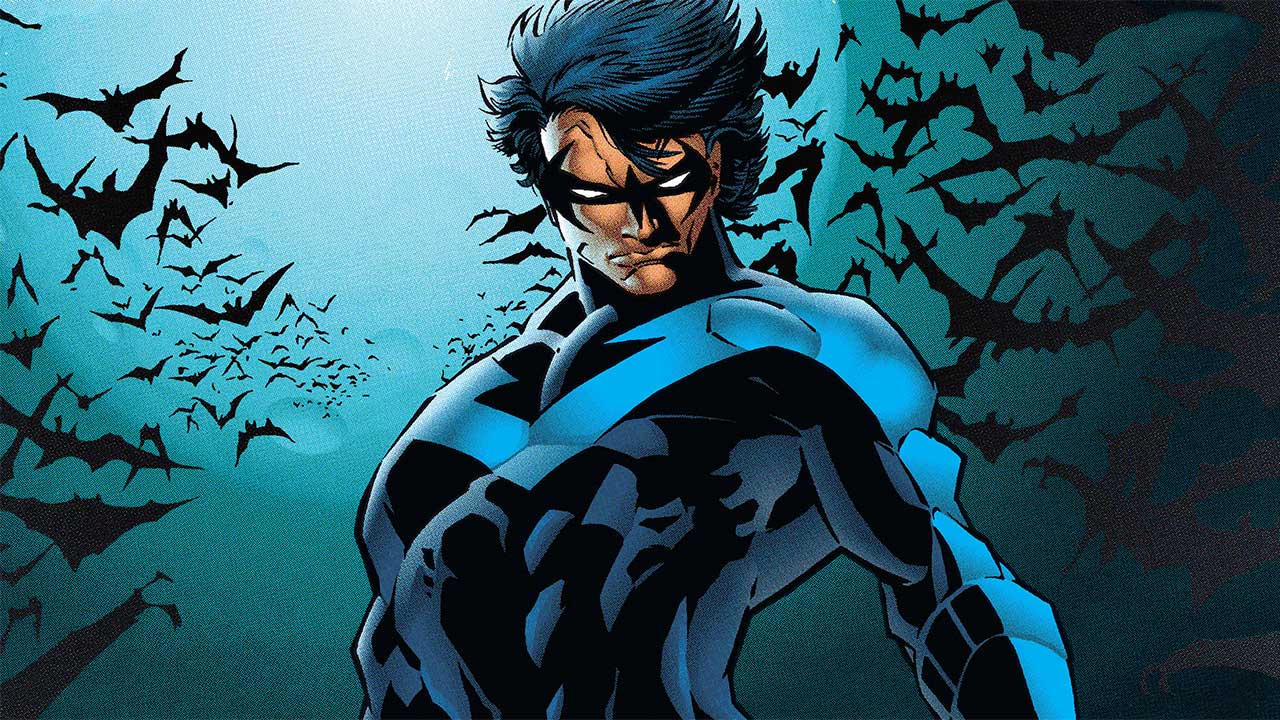 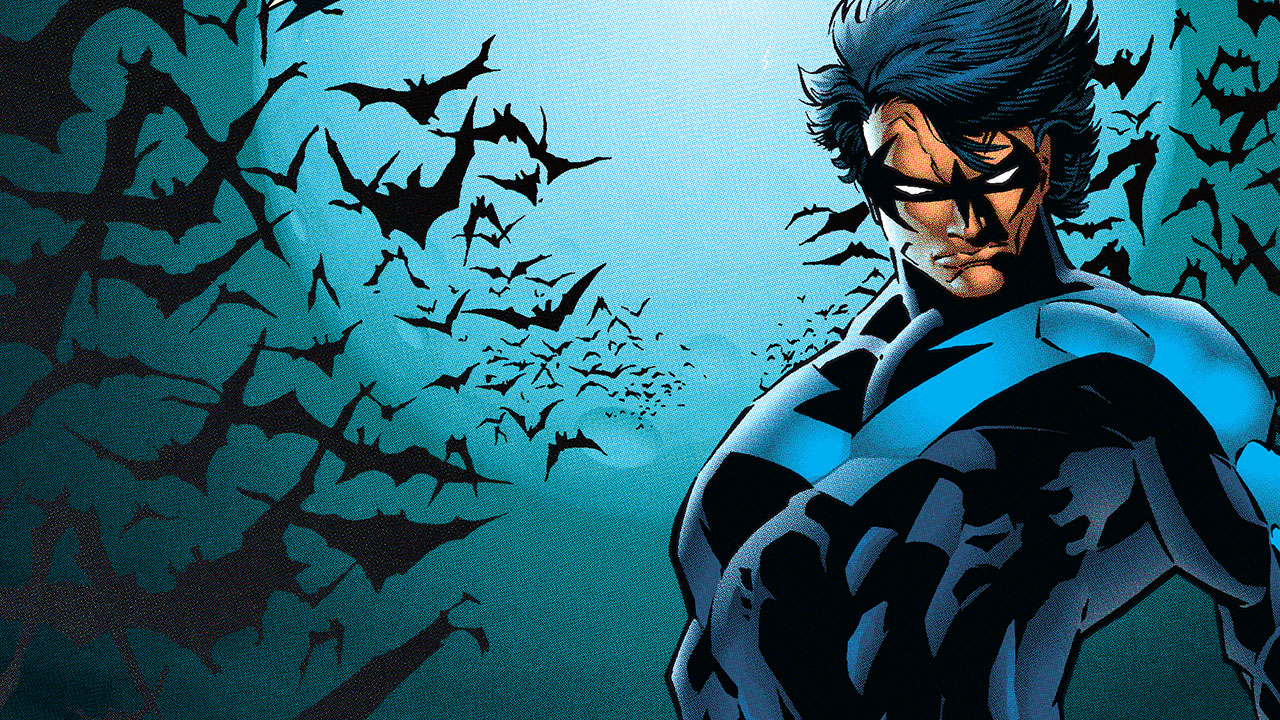 Where to Start Reading Nightwing Comics 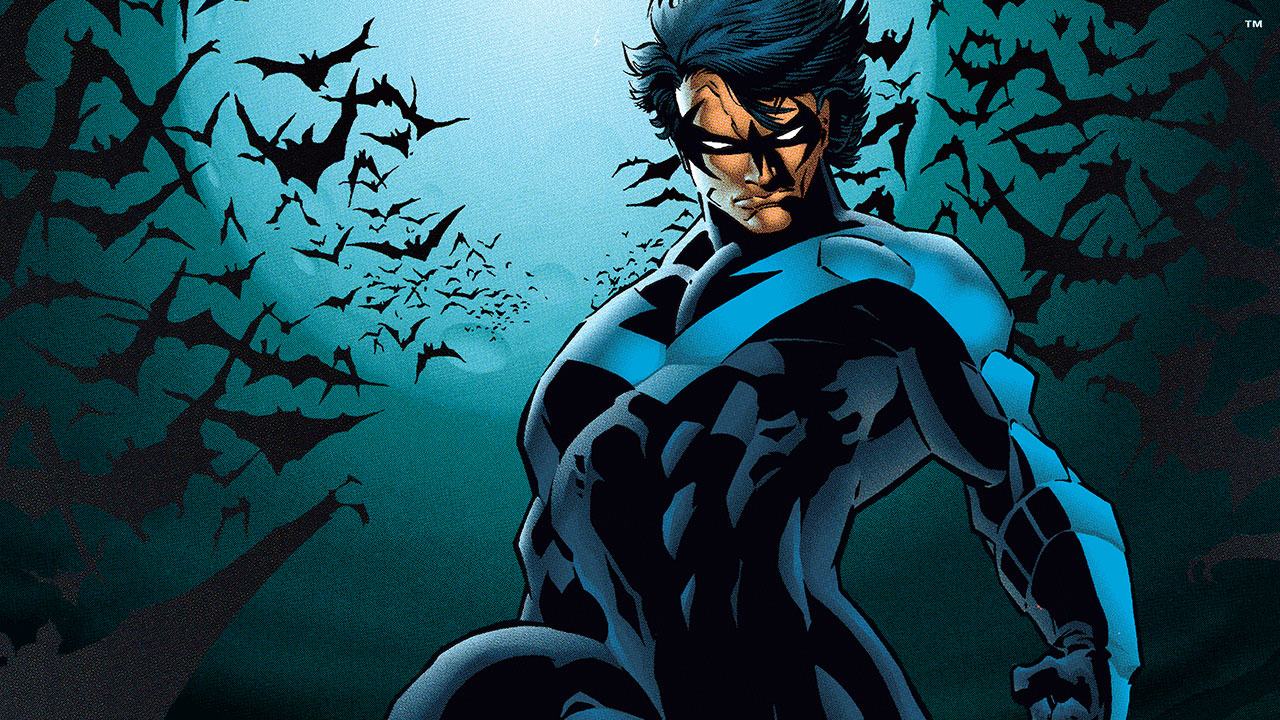 Dick Grayson has been a Boy Wonder, a Teen Titan, a Dark Knight, and an Agent of Spyral. But Batman’s former partner reached his greatest heights under the identity of Nightwing. Are you a fan of Burt Ward’s performance as Robin, and wonder what happened to the character when he grew up? Are you a 'Young Justice' TV viewer who wants to dig deeper into the group's founding member? Did you watch DC Universe’s 'Titans' and fall in love with actor Brenton Thwaites' Dick Grayson? No matter how you first met Nightwing, there's a comic to help you start the next phase of your fandom. With all the different roles Dick has played, it can be confusing to know where to start -- but we’ve got you covered! Here’s our recommended list of Nightwing comics… 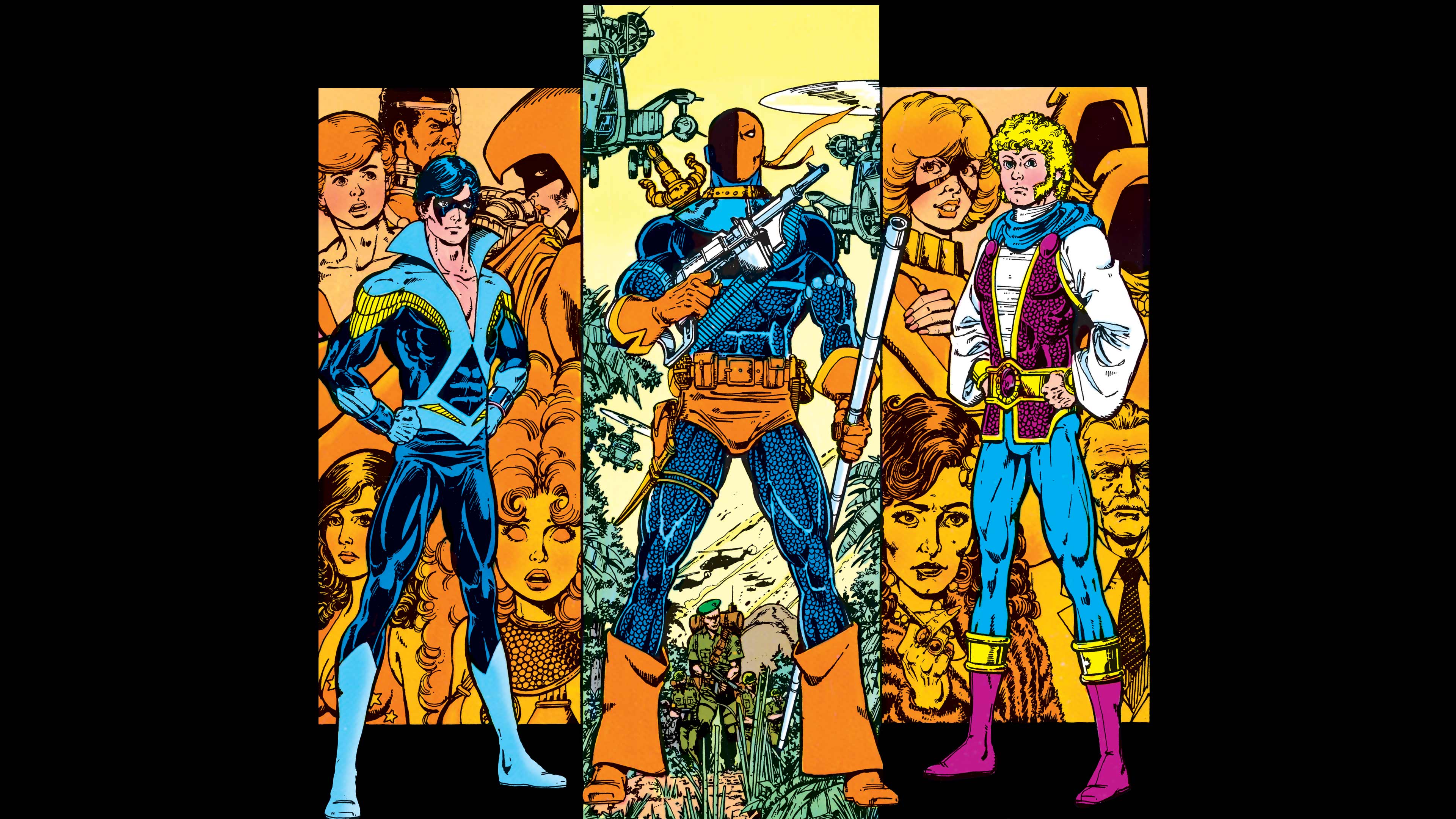 THE STORY: The Teen Titans are betrayed by one of their own, and Dick Grayson is the last one standing. After the former Robin survives an attack by Deathstroke, he’s shocked to discover that his teammates have all been kidnapped. With the help of Deathstroke’s son Jericho, Dick Grayson launches a daring rescue mission, but not as Robin. For the first time, Dick dons the identity of Nightwing, beginning a new era for the character. The team of writer Marv Wolfman and artist George Perez leave their mark on Dick Grayson with this story, by graduating him into his own identity that has endured to this day.

FOR FANS OF: If you enjoy team books like 'JLA' and 'Legion of Super-Heroes,' then you’ll love this comic, which became the gold standard for DC titles in the 1980s.

WHAT’S NEXT: The team of Wolfman and Perez take Nightwing and the Titans on one of their most dangerous adventures in the equally thrilling "Terror of Trigon" storyline.

BONUS: This story has been adapted many times, including season 2 of the 2003 'Teen Titans' animated series and the 2017 'Teen Titans: The Judas Contract' animated film. 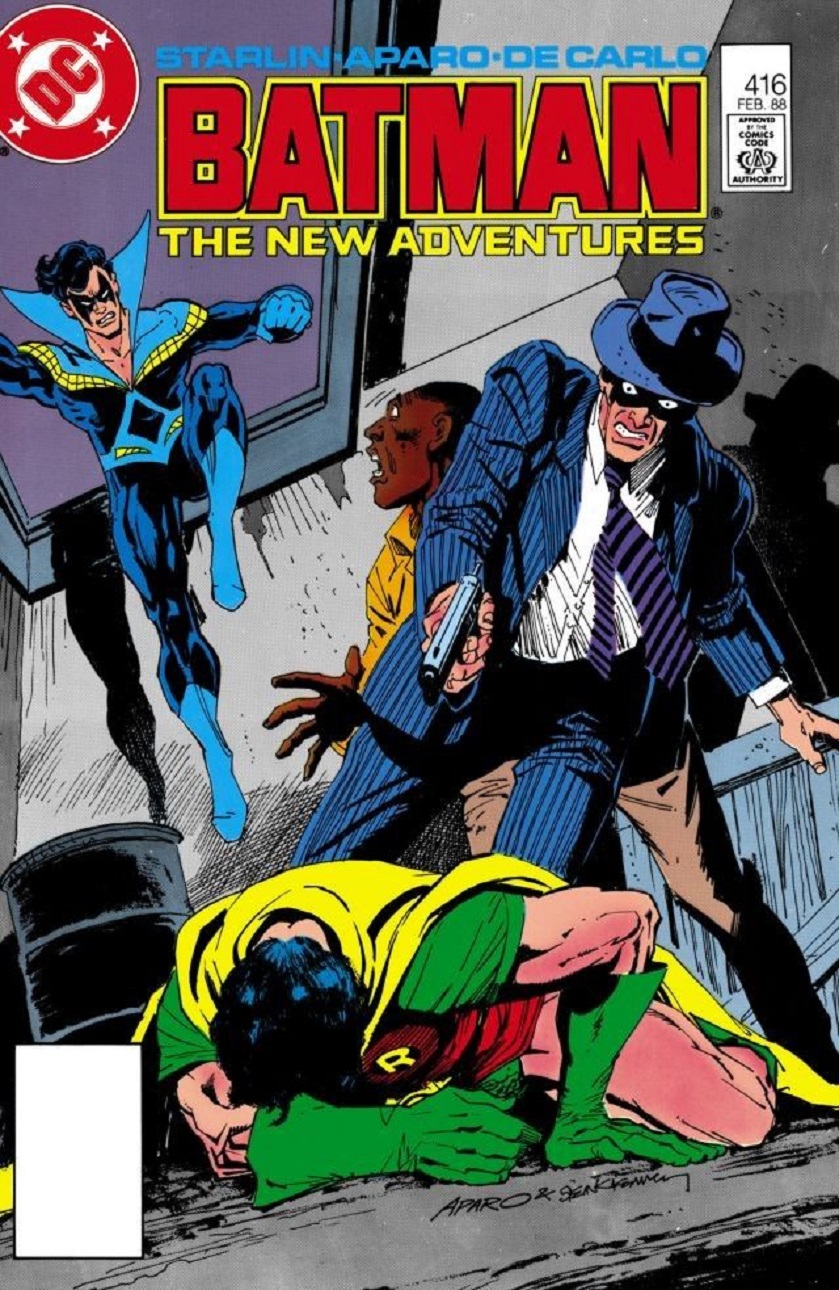 THE STORY: Nightwing discovers that Batman has taken on a new Robin, and angrily confronts his now ex partner. Harsh words are exchanged between the former Dynamic Duo, as the two men finally come to terms with the dissolution of their legendary partnership. While his relationship with Bruce remains strained, Nightwing still lends a brotherly hand to Jason Todd, as he helps the new Robin take down a group of drug dealers. Writer Jim Starlin pens an emotional story that adds realistic tension to Bruce and Dick’s relationship. As it is with real-life family feuds, the problem isn’t quickly solved, and Starlin sets the stage for the next few years’ worth of Bruce Wayne and Dick Grayson team-ups.

FOR FANS OF: Viewers who enjoyed the live action 'Titans' series will love reading the story that inspired one of the show’s central arcs. This issue is also for fans of teenage angst and human drama.

WHAT’S NEXT: Bruce and Dick’s emotional argument is continued after Nightwing learns about Jason’s death in 'New Titans' #55.

BONUS: Dick Grayson’s first meeting with his replacement was adapted for live action in the 'Titans' episode “Jason Todd.” 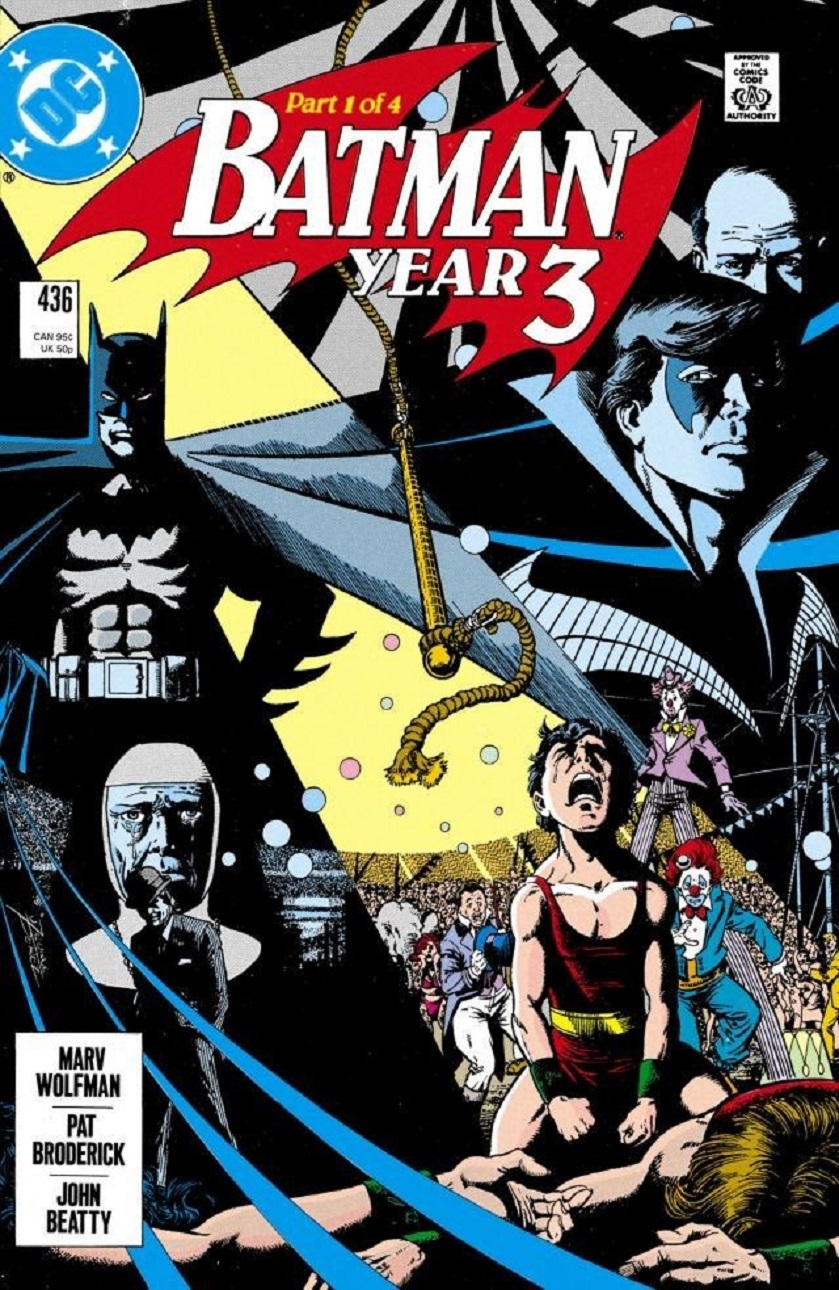 THE STORY: The death of Jason Todd causes Nightwing to return to Gotham. Batman has been acting erratic, and Nightwing hopes he can help his mentor come to terms with his grief. But Dick soon gets another blast from his past when he learns that Tony Zucco, the man who murdered his parents, is being freed from prison. Now Dick, Bruce, and Alfred must confront their past, if they ever hope to find peace for their future. Writer Marv Wolfman builds on the Bruce/Dick dynamic Jim Starlin introduced in the above story to tell an exciting tale that examines the Dynamic Duo’s relationship from its beginnings to its untimely end. “Year Three” is more than an origin story, as the actions of the past lead to startling consequences in the present. As a bonus, this story also contains the first appearance of Tim Drake, who would later become the third Robin.

FOR FANS OF: Mafia intrigue, human drama, and crime noir.

WHAT’S NEXT: The story continues with “A Lonely Place of Dying,” in which young Tim Drake tries to convince Dick to become Batman’s partner again.

BONUS: Some of the events in this story were adapted in the 'Batman: The Animated Series' episode “Robin’s Reckoning.” 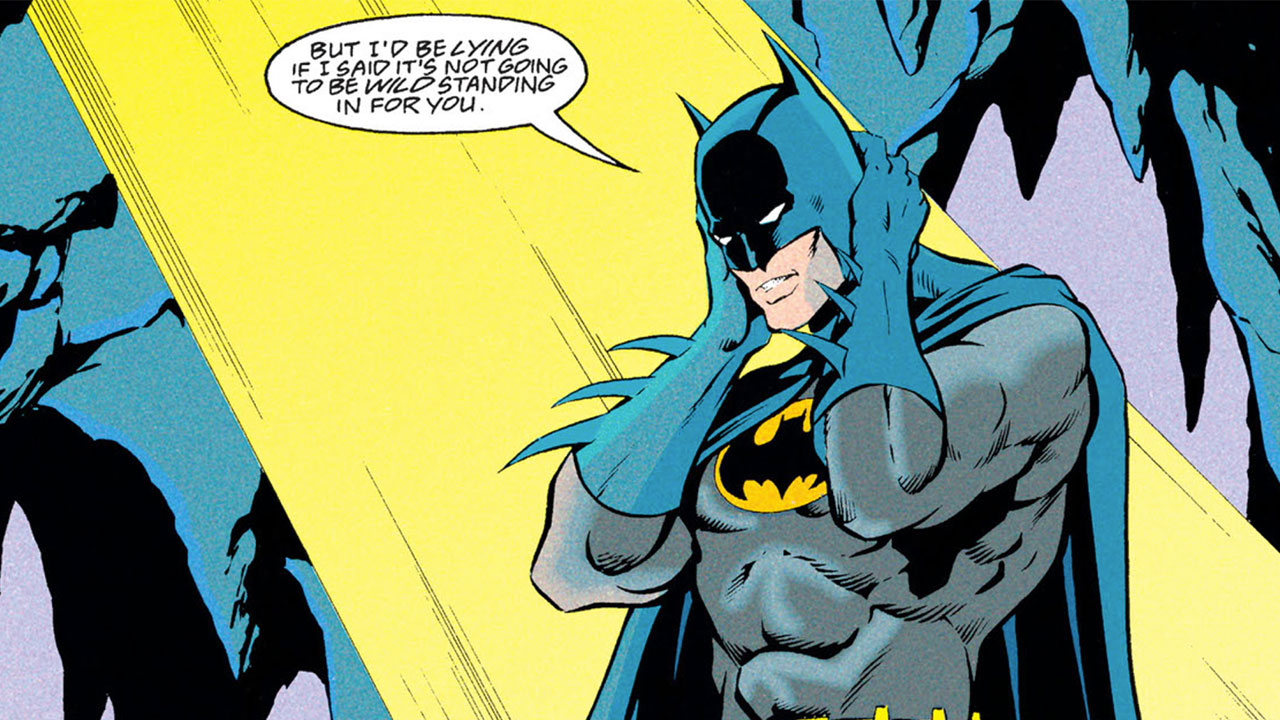 THE STORY: Dick Grayson dons the identity of Batman after Bruce Wayne leaves Gotham for a secret mission. Now the former Robin has stepped into his mentor’s shoes and has a Robin of his very own. It's a surreal experience for Dick, as he’s unsure if he’s worthy of the mantle of the Bat. His doubts become amplified when Two-Face targets Gotham for revenge, bringing one of Dick’s greatest failures as Robin back to haunt him. Can Nightwing cut it as Batman, or will Gotham fall in Bruce’s absence? "Prodigal" is a great character study of Dick Grayson, as he finds himself turning into the man who raised him. This epic story also brings things full circle, as Bruce and Dick finally have an in-depth discussion, putting to bed issues they’ve had since the above “White Gold and Truth."

FOR FANS OF: Readers who love Harvey Dent and Tim Drake will enjoy this saga. Fans of the old school Dynamic Duo partnership will also love the unique take this storyline has on the team.

WHAT’S NEXT: Dick Grayson dons the Batman mantle again when Bruce Wayne is presumed dead in the 2009 series 'Batman and Robin'.

“A Knight in Bludhaven” 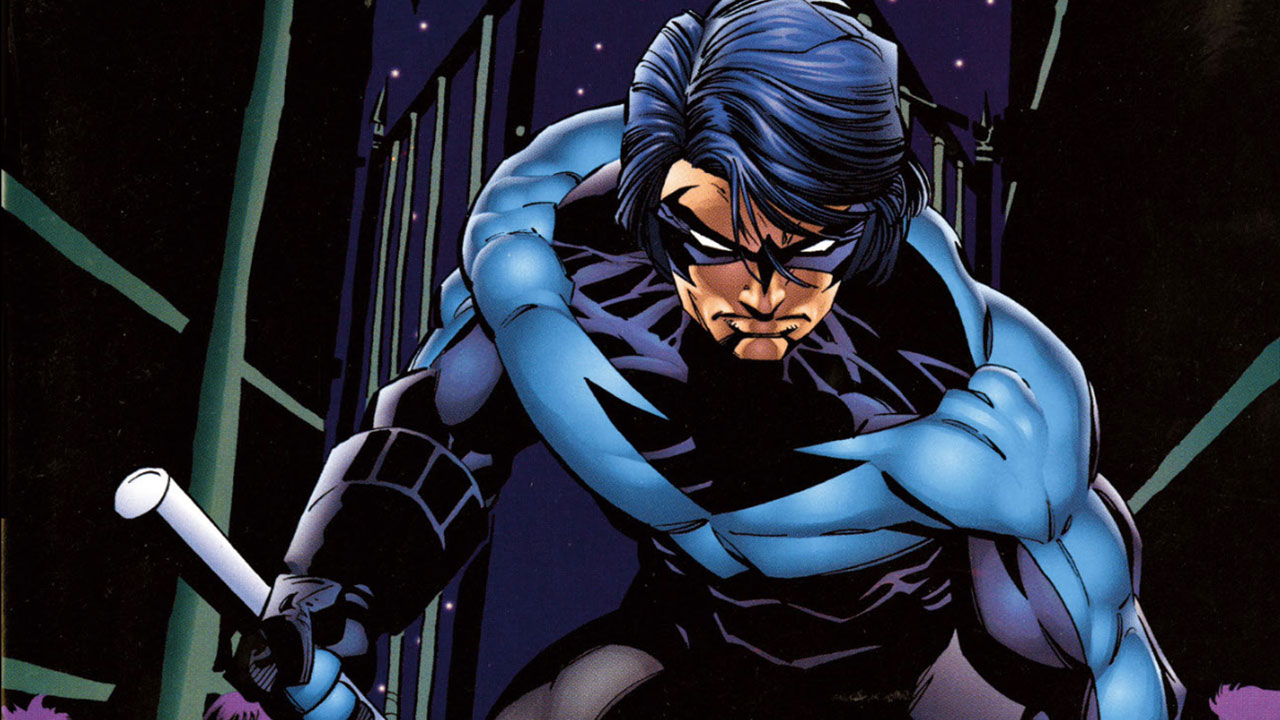 THE STORY: When a series of corpses from Blüdhaven wash up on Gotham’s shores, Batman sends Nightwing to the seedy city to investigate. When Nightwing arrives, he’s shocked to find a city even more corrupt than Gotham. And the local police station doesn’t have its own Jim Gordon, leading to a department full of crooked cops. Nightwing learns the city is controlled by a crime lord named Blockbuster, and, seeing that Blüdhaven needs a champion, Dick decides to set up home there. This storyline kicked off writer Chuck Dixon and artist Scott McDaniel’s legendary run on the character. Both men brought to life the twisted nature of Blüdhaven, and no artist has ever captured Dick’s acrobatics as spectacularly as McDaniel.

FOR FANS OF: Crime-dramas, detective stories, and street noir.

WHAT’S NEXT: The Dark Knight shows up in Blüdhaven for a surprise inspection of Dick’s operation in 'Nightwing' (1996) #12-15.

BONUS: The Nightwing that begins here is heavily featured in the 2016 animated film 'Batman: Bad Blood'. 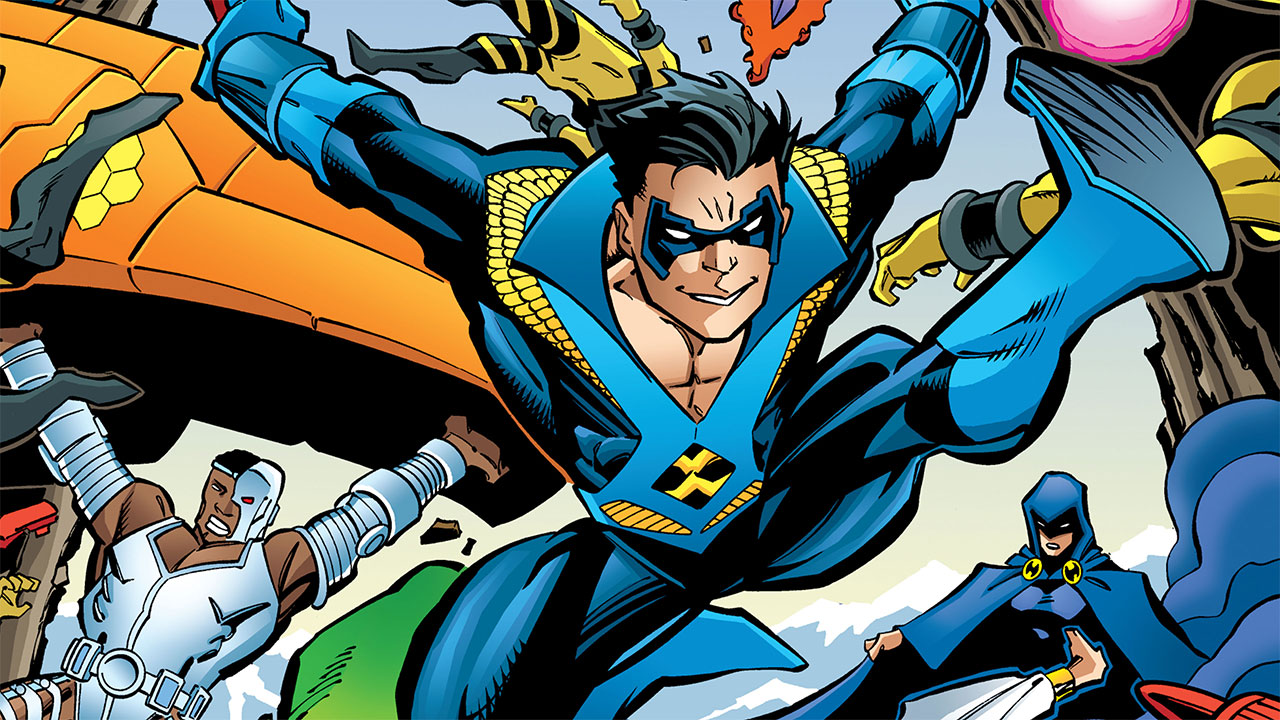 THE STORY: Set between the pages of “The Judas Contract,” this story reveals the untold tale of how Dick built the Nightwing identity after the collapse of his partnership with Batman. Unsure of his place in the world after being fired as Robin, Dick goes on a pilgrimage that ends with him becoming a new hero. Before returning to the Titans, Nightwing makes his grand debut in Gotham, teaming up with Barbara Gordon, AKA Batgirl, and meeting his replacement Jason Todd. Chuck Dixon, Scott Beatty, and Scott McDaniel return to Dick Grayson for a collaboration that bridges the gap between Robin and Nightwing in this epic origin tale.

FOR FANS OF: Readers of Dick’s adventures in 'The New Teen Titans' will love seeing the other side of the story, and this flashback tale is also a must-read for Dick/Babs shippers.

WHAT’S NEXT: For a deeper dive into Dick’s past, check out 'Nightwing Secret Files & Origins', which also features the team of Dixon and McDaniel. 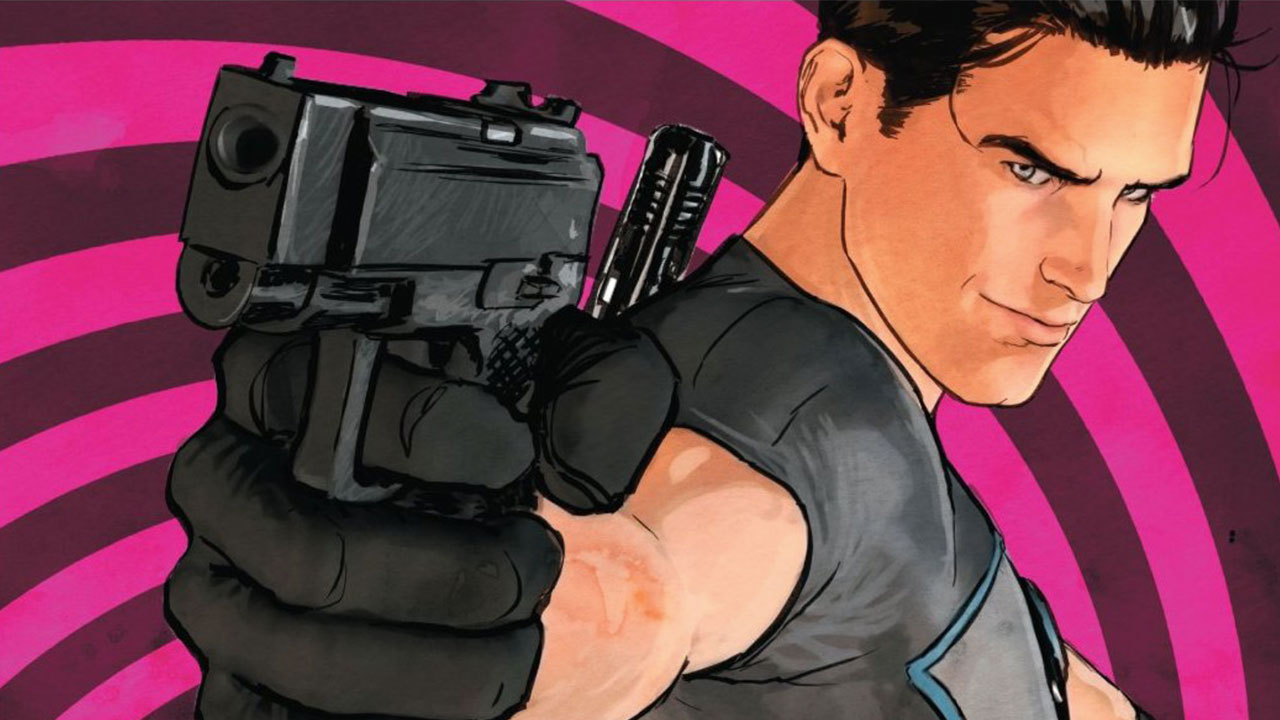 THE STORY: Nightwing is dead -- long live Agent 37! The world thinks Dick Grayson died during the events of “Forever Evil," but in reality he’s on an undercover assignment to take down an organization called Spyral. Acting as an agent of Spyral, Dick secretly reports back to Batman, as he learns more about the mysterious organization. But how far will Dick have to go to maintain his cover, and what will he do if his true intentions are revealed? Dick Grayson has fought mob bosses, demons, and aliens, but he’s never been in a story like this! Here he leaves the world of superheroics behind, as writers Tim Seeley and Tom King take the former Robin into the espionage genre. King used his experience as a former CIA officer to bring an extra sense of legitimacy to this series.

FOR FANS OF: This series is a must-read for fans of spy thrillers. Readers who've enjoyed Tom King’s work on 'Batman' and 'Heroes in Crisis' will love seeing some of his first stories featuring DC characters.

WHAT’S NEXT: After his Spyral mission is complete (detailed in the remainder of 'Grayson'), Dick Grayson makes his triumphant return to his former identity in 'Nightwing' (2016).

BONUS: Look out for a Spyral-related Easter egg when Dick Grayson uses some of the organizations tech in the 'Young Justice: Outsiders' episode “Royal We.”

What are your favorite Nightwing stories? Let us know in our Community!