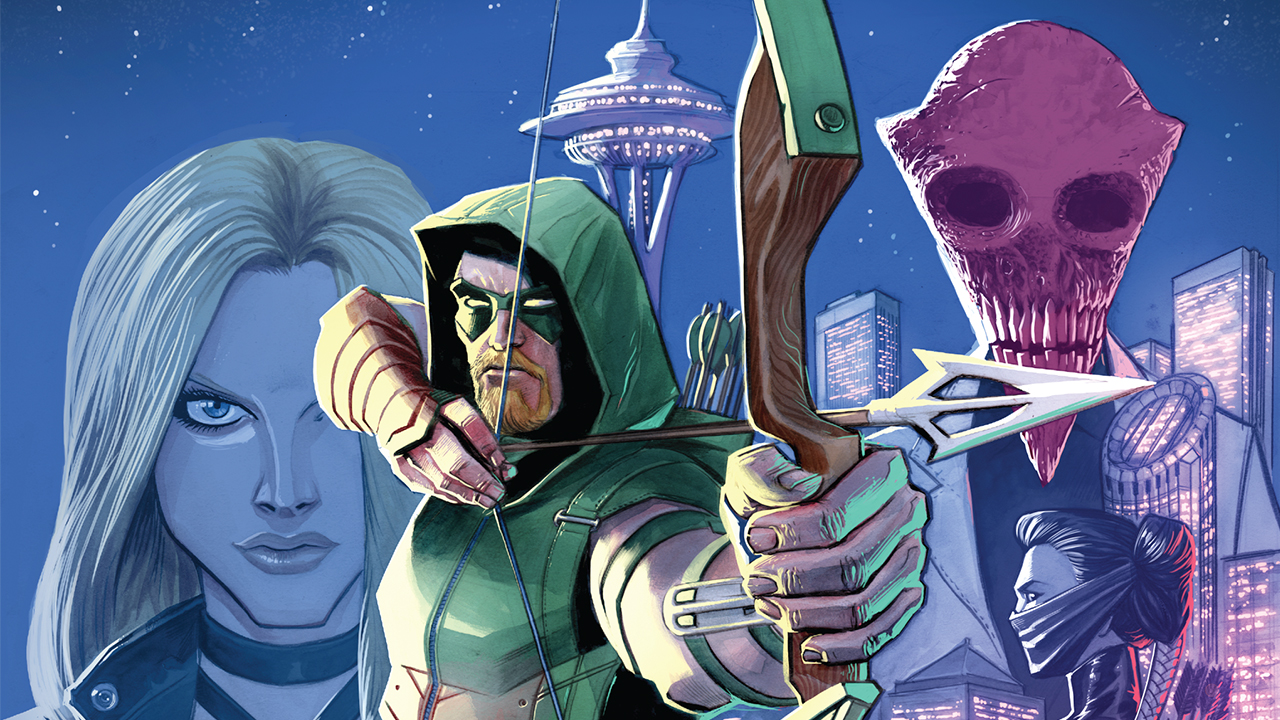 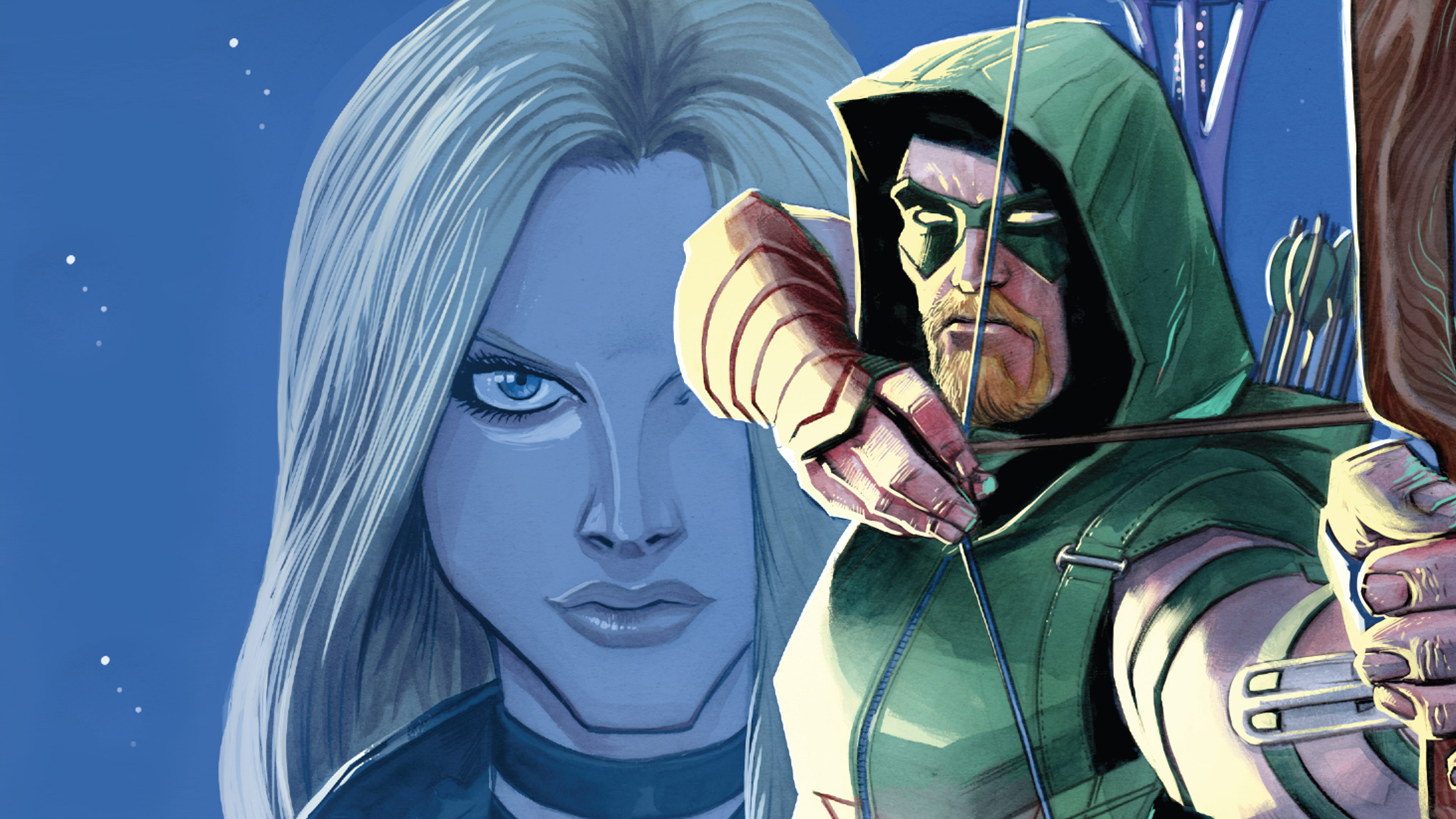 You have failed this city! While other heroes of the DC Universe take to the skies to fight intergalactic threats, Oliver Queen arms himself with a simple bow and arrow to keep injustice off the streets. The one-time billionaire playboy is DC’s Emerald Archer, and he’s played many roles during his long tenure. From stoic superhero to social justice warrior, Green Arrow’s comics are filled with a wide range of adventures in different genres as he’s continued to evolve. If you’ve ever been curious about the chronicles of Oliver Queen, these comics are the best place to start…

“The Case of the Namesake Murders” 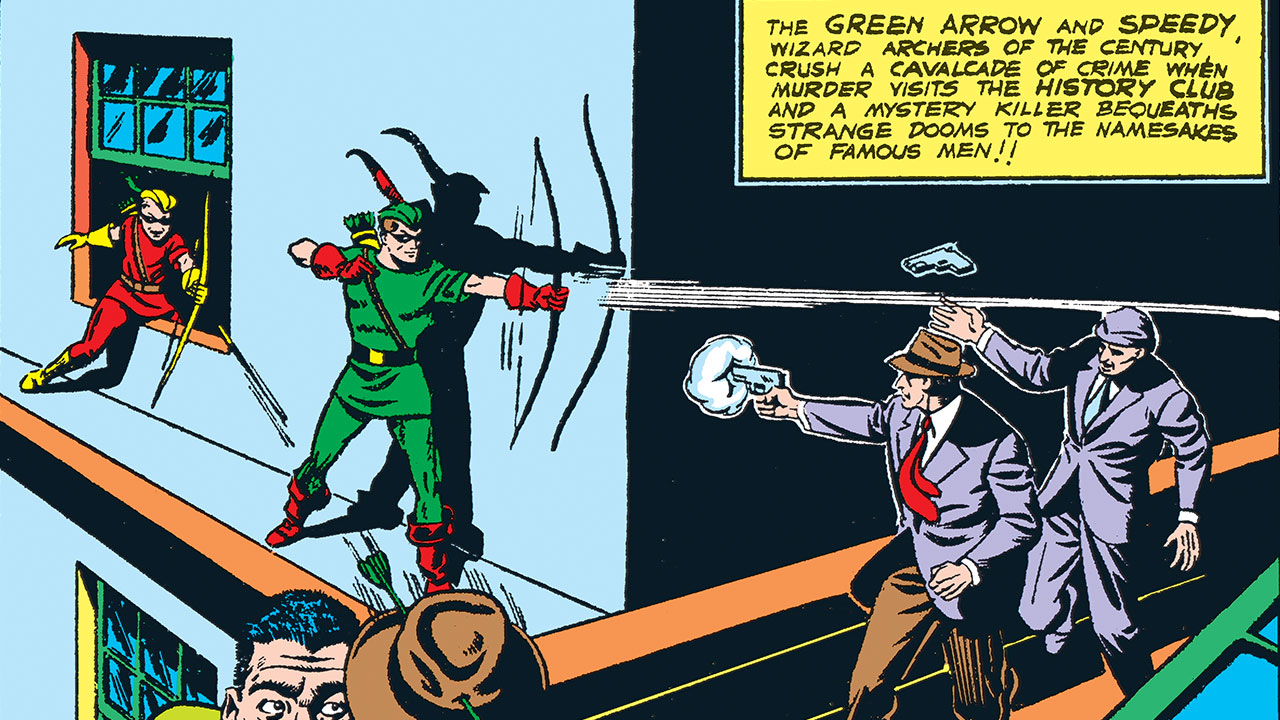 THE STORY: Thrill to Green Arrow and Speedy’s first adventure as the heroes hop into their Arrowplane to unmask a murderer! A criminal is targeting an upscale history club, and it’s up to Green Arrow to track the killer before he strikes. See what Green Arrow was like before the trick arrows and gimmicks, as he and Speedy take on a crooked embezzler in this pulp-style tale. Although this is Green Arrow’s first appearance, his edge is already defined, which he proves when he uses his arrows to crash a criminal’s car, killing the foe. Writer and DC legend Mort Weisinger introduces a classic, while George Papp’s illustrations recall those of old-school newspaper strips.

BONUS: The animated series ‘Batman: The Brave and the Bold’ utilized many aspects of the Golden Age Green Arrow. See the Battling Bowman team up with the Caped Crusader in the episode “Day of the Dark Knight!” 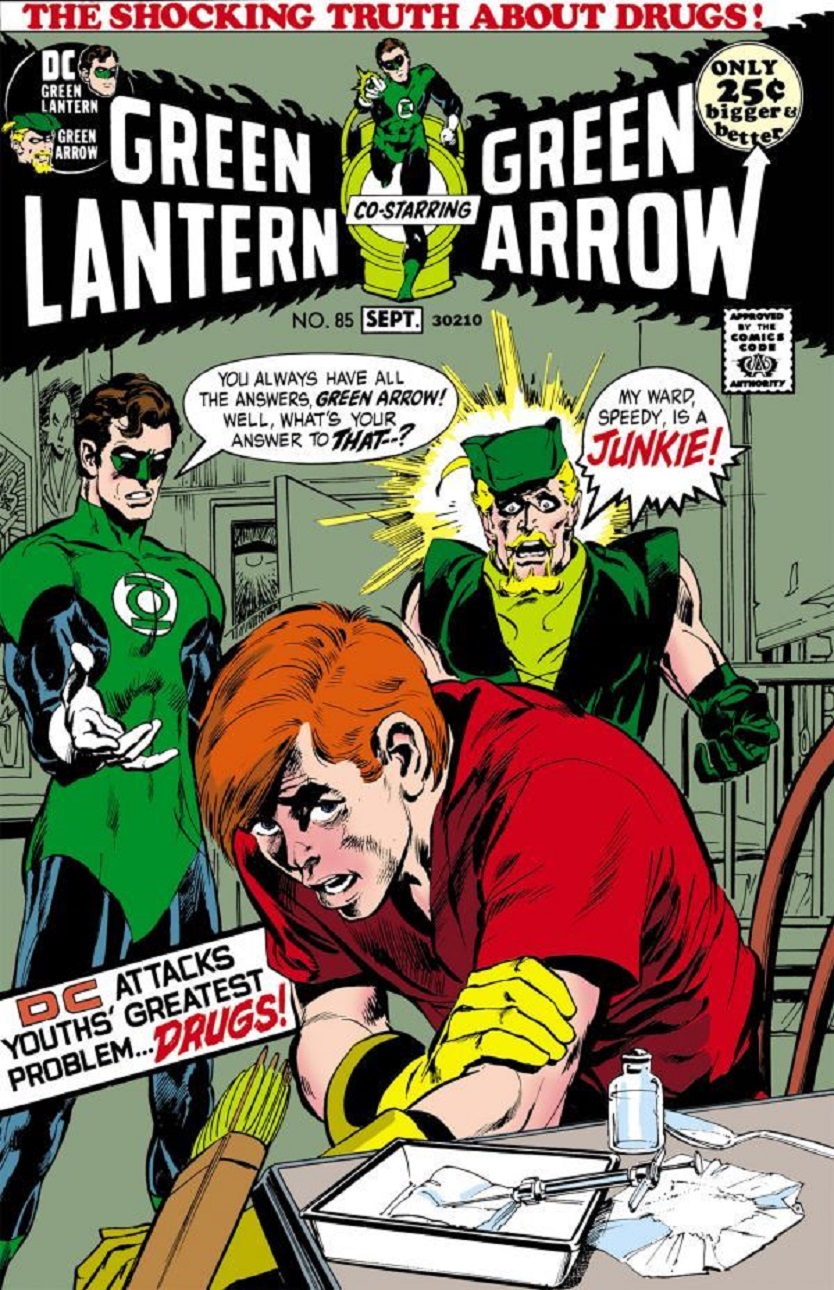 THE STORY: In the Bronze Age of comics, writer Denny O’Neil and artist Neal Adams added Green Arrow to the ‘Green Lantern’ series, creating a memorable buddy cop comic. Green Arrow, who by this time had lost his fortune, was recast as a social justice warrior, fighting for the little guy and clashing with Green Lantern over their different ideologies. “Snowbirds Don’t Fly” is one of the most memorable stories from this era, and it contains one of the earliest uses of narcotics in a DC Comic. In this issue, Green Arrow is shocked to learn his ward Speedy (AKA Roy Harper) has become addicted to heroin, something unheard of for a kid sidekick. O’Neil and Adams were doing more than crafting comics, they were pushing the genre envelope and breaking down storytelling barriers.

WHAT’S NEXT: Check out the rest of Denny O’Neil and Neal Adams' Green Arrow and Green Lantern team-up tales.

BONUS: If you love Roy Harper, check out the ‘Young Justice’ animated series in which he plays a recurring role.

“All My Sins Remembered” 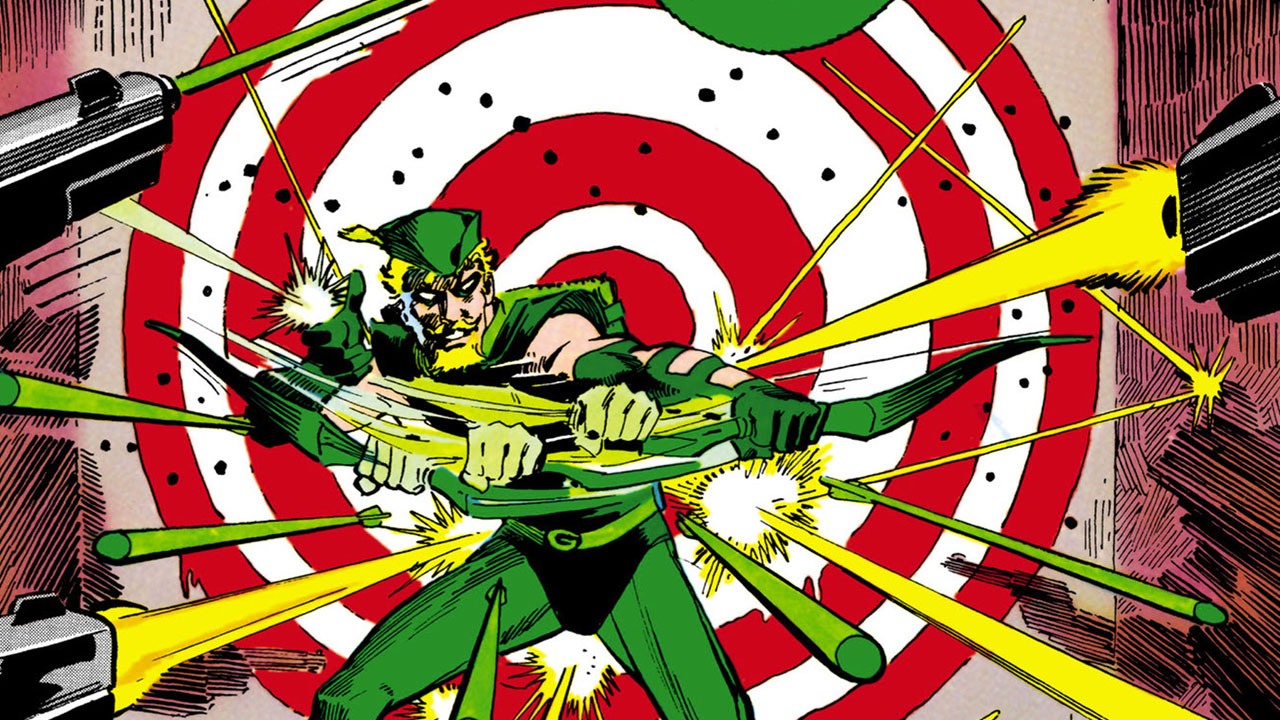 THE STORY: Years ago, Oliver Queen left his rich playboy lifestyle behind and became a crusader for the little guy. Now the death of an old friend has changed everything for the Emerald Archer, as Oliver finds himself back in the corporate world when a deceased friend wills their business empire and fortune to him. After years of complaining about corporate fat cats, can Oliver handle becoming one again? As Green Arrow ponders this dilemma, he’s thrown into a corporate conspiracy when someone targets him for murder. Who is after his friend’s company, and will the answer cost Green Arrow his life? After spending years in backups and team-up titles, Green Arrow is finally given his own self-titled limited series. Mike W. Barr pens a story that honors Oliver Queen’s playboy past while reconciling it with his social justice years, creating a fun adventure comic in the process.

WHAT’S NEXT: Following this limited series, the Emerald Archer appeared in a series of backup stories running in ‘Detective Comics’ #527-529. 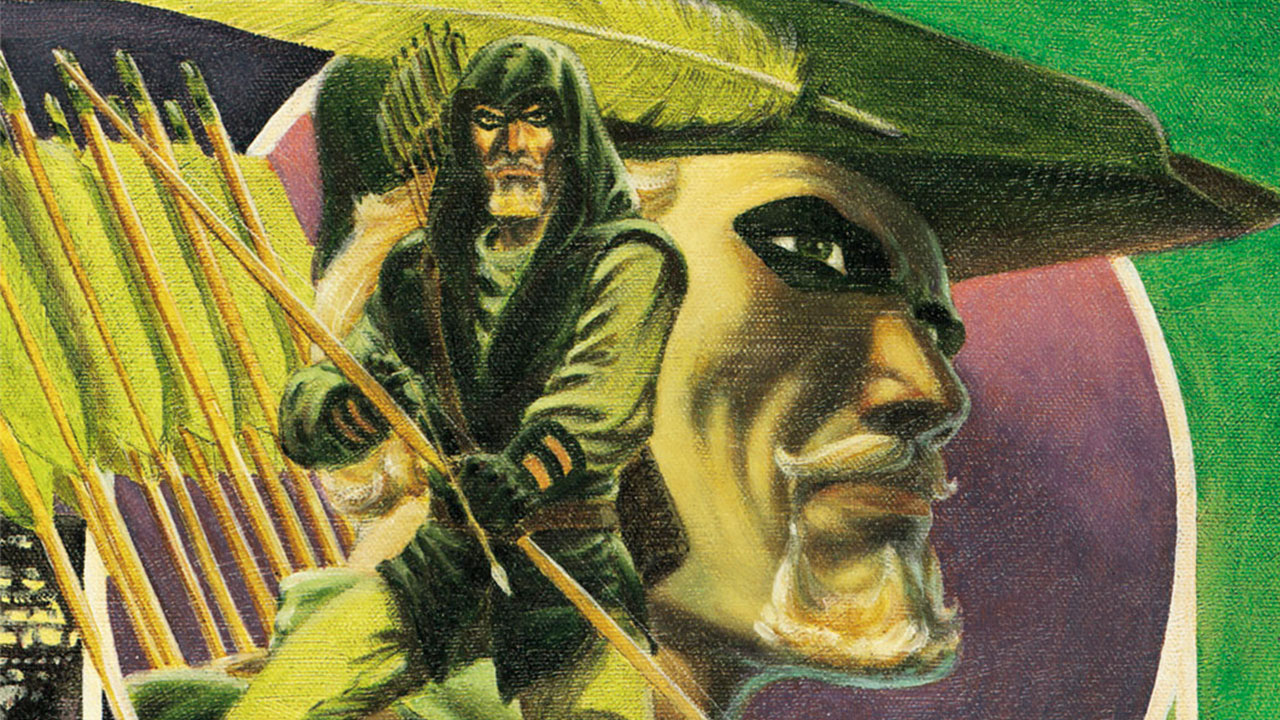 THE STORY: Green Arrow leaves his trick arrows and gimmicks behind, as he and Black Canary relocate to Seattle. The Emerald Archer takes a back-to-basics approach to crimefighting and is forced to quickly adapt when the streets of Seattle throw their deadliest foes at him. Black Canary is captured and tortured by criminals, while Green Arrow is confronted by a mysterious female archer named Shado. Written and drawn by Mike Grell, this prestige limited series launches the next era of Green Arrow’s life in a street level adventure that brought the character into the gritty 1980s.

WHERE TO FIND IT: ‘Green Arrow: The Longbow Hunters’ #1-3 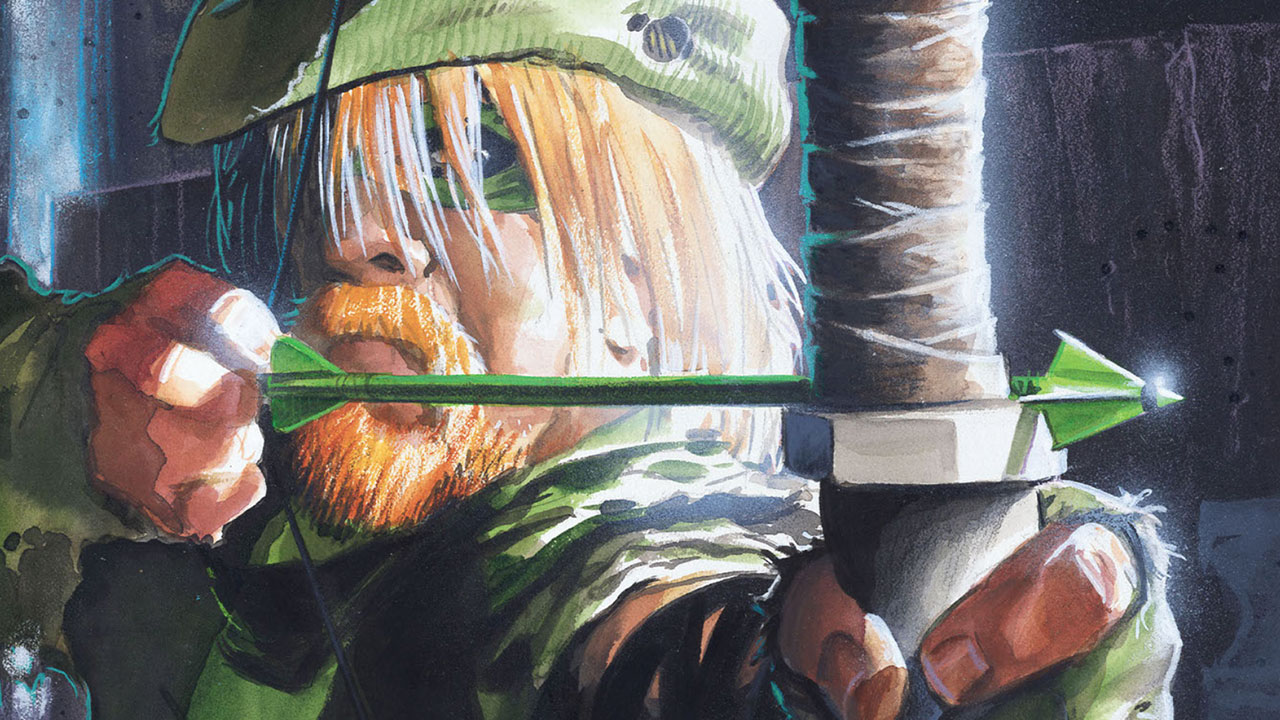 THE STORY: Years after dying in an airplane explosion, Oliver Queen shows up alive and well on the streets of Star City. Green Arrow’s friends are thrilled to see him again, but it soon becomes clear something is off. The Emerald Archer is behaving like he did in the 1970s, with his social crusader attitude and no memory of the last few years. And Green Arrow, thinking no time has passed, is shocked by the state of the modern DC Universe and the absence of some of his oldest friends. Filmmaker Kevin Smith pens a heartwarming tale that combines humor and drama to form a modern day Green Arrow classic.

WHAT’S NEXT: Kevin Smith’s run continues in ‘Green Arrow’ #11-15 as Oliver readjusts to coming back to life.

BONUS: If you love seeing Oliver’s 1970s persona in a modern setting, check out the ‘Justice League Unlimited’ episode “Initiation.” 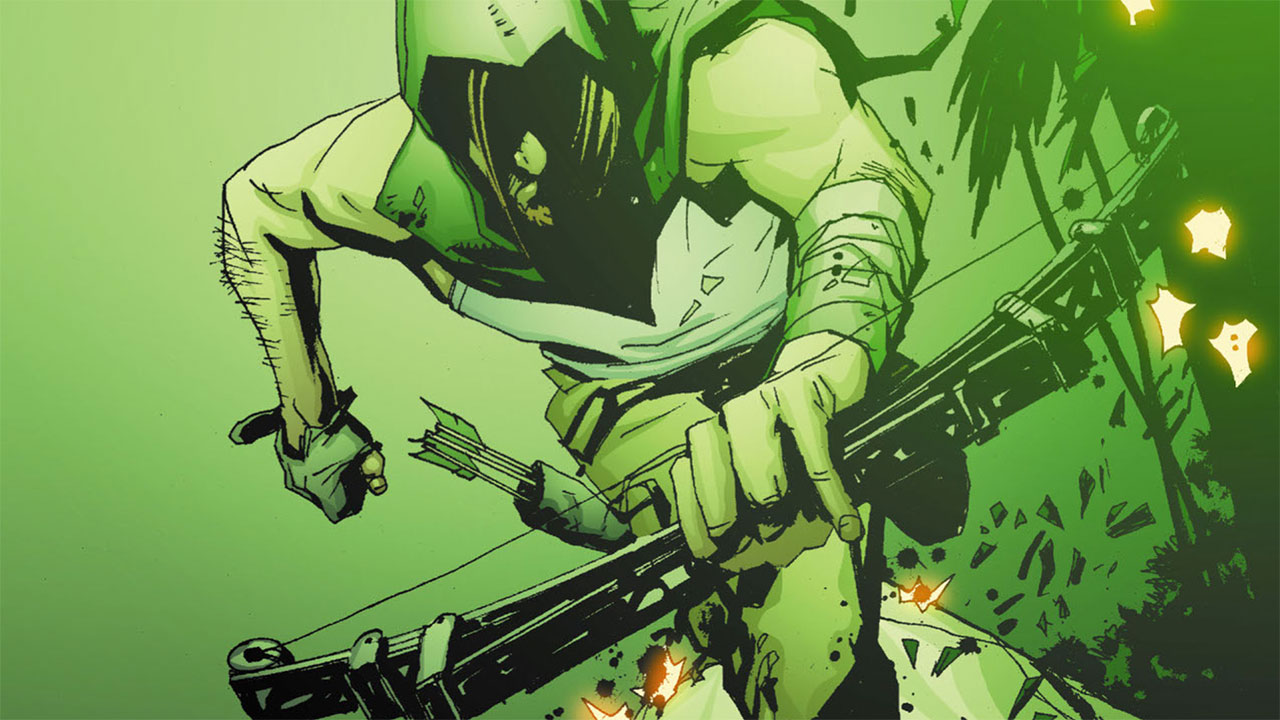 THE STORY: The Emerald Archer’s origin is retold in this epic limited series that combines ‘Castaway’ with ‘Die Hard.’ Writer Andy Diggle chronicles Oliver Queen’s transition from a spoiled playboy to a heroic archer after being stranded on a desert island. Superstar artist Jock, who later became known for his work on Batman, illustrates some intense action sequence as Oliver takes on a drug empire secretly being ran on the island. This limited series inspired the flashback stories on the hit TV drama ‘Arrow,’ which paid tribute to Andy Diggle's contributions by using his surname for Oliver's partner, John Diggle.

FOR FANS OF: Castaway stories, flashback tales, and TV's ‘Arrow.’

WHAT’S NEXT: For another take on the Battling Bowman’s origin, check out Mike Grell’s ‘Green Arrow: The Wonder Year.’

What Green Arrow stories are your favorites? Let us know in our Community!