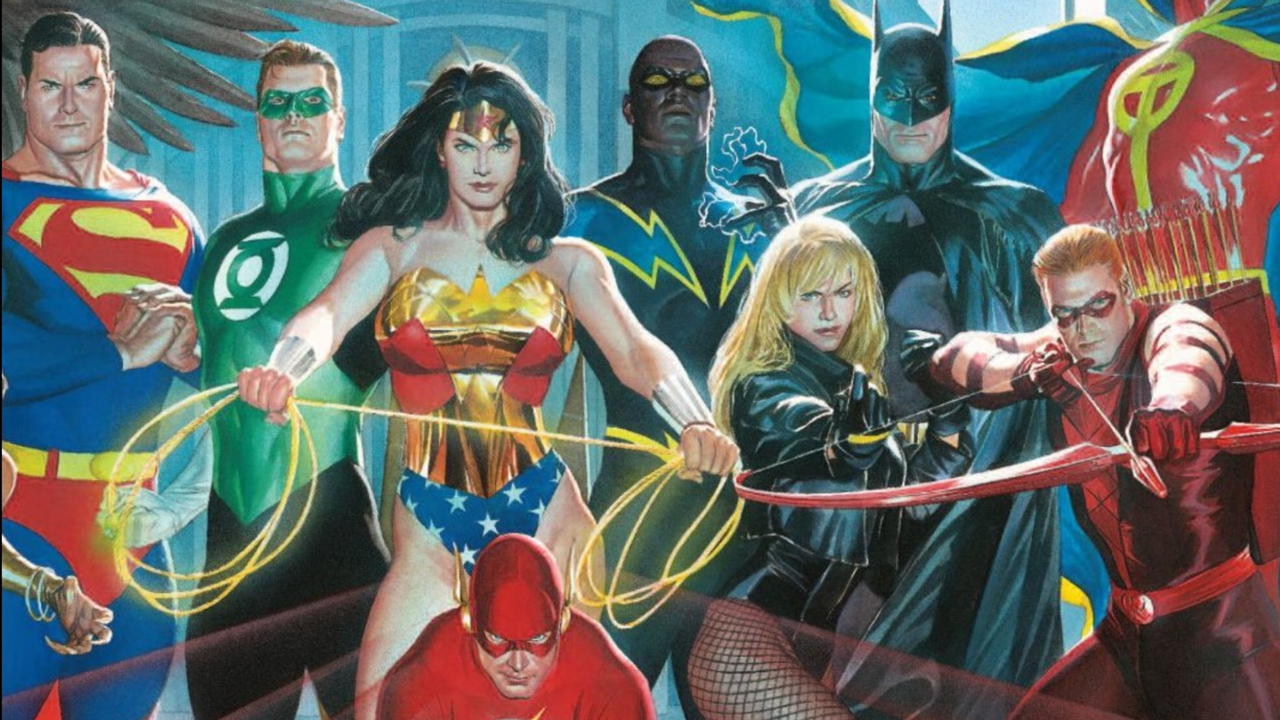 From the far-flung future of the Legion of Super-Heroes to the sewers of Gotham City to the dead planet Mars, you're certain to find something new on DC Universe this week that will strike your comic-loving fancy...

Among our new comics this week are some featuring the Legion of Super-Heroes, which has been the greatest super team of the future since 1958. But it was their epic run in the early '80s that sent them soaring to new levels of popularity. Now, you can check out classic tales from the Legion's glory days in 1980's Legion of Super-Heroes #259-309; which includes writer Paul Levitz and artist Keith Giffen's acclaimed run of stories, among them the Legion's most beloved storyline: "The Great Darkness Saga".

Of course it was the heroes of the past who inspired the Legion in the first place, and you can also now read what happens when the Legion meets their idols the Justice League -- all in an effort to resurrect an old friend in the JLA/Legion crossover story "The Lightning Saga". Pictured above, it's one of several popular tales that ran in 2006's Justice League of America #1-26. And for more adventures with the League, be sure to read the Rebirth era Blue Beetle series, as well as those of JLA mainstays the Martian Manhunter and the Red Tornado, both of whom have limited series new to DC Universe.

If slightly more unhinged characters are more to your liking, then check out the 12 issue-run of the video game tie-in series Injustice: Ground Zero. And speaking of unhinged, don't miss out on the classic Batman limited series The Cult. This one, courtesy of writer Jim Starlin and genius horror artist Bernie Wrightson, tells of the time the Dark Knight was very nearly broken by a cult leader.

With our new exclusive Doom Patrol original series in full swing, we open it up to you, the DC Universe fans, to tell us which freakish Super-Hero you most resemble. Starting on Monday, February 25th, you can answer the question "Which Member of Doom Patrol Do you Most Relate To?" Are you a Robotman or a Negative Man? An Elasti-Woman or a Crazy June? Be sure to take part in our latest poll, and find out where you belong in Doom Manor!

Finally... We are celebrating the last week of Black History month by featuring two prominent African American characters from the DC Universe: First, the one and only Mari McCabe, better known as the Vixen. We will be giving away G. Willow Wilson’s The Return of the Lion, as well as the limited edition DC Direct Women of the DC Universe series 2 bust of Vixen. The Vixen Spotlight Sweepstakes ends March 1st at 9AM PST. And last but certainly not least, starting today, we will be running a sweepstakes for a stunning Aquaman Movie Black Manta statue, a strong and noble adversary who stands up for what he believes in, no matter what. The Black Manta Spotlight Sweepstakes will be running until March 5th at 9am PST.

What new content are you most excited about on DC Universe? Let us know your thoughts in our Community!