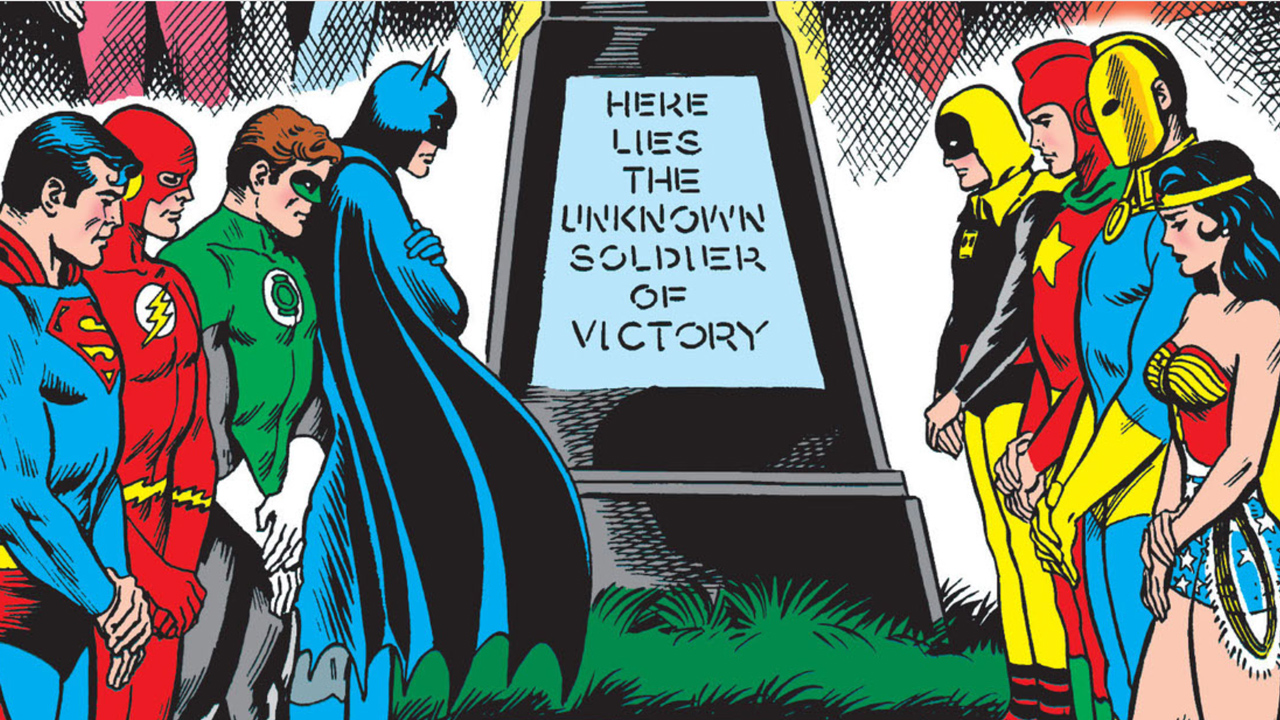 DC Comics has been going strong with iconic characters like Superman, Batman and Wonder Woman since the Golden Age of the '30s and '40s. Now, with DC Universe expanding its library of comic books to over 20 thousand issues by the end of this month, fans will be able to dive head first into that deep history -- with almost three thousand titles dating back over seven decades arriving today!

That's a metric ton of classic comics from the Golden Age, Silver Age and Bronze Ages of comics, giving fans a chance to brush up on their DC history, or relive the joys of their childhood. For example, you can go back to the very beginning, and read some of the Man of Steel's earliest adventures from Action Comics #51-100, or Batman and Robin's cases from Detective Comics #100-126.

Many of Wonder Woman's most imaginative tales, by her creator William Moulton Marston, can be found in Sensation Comics #15-100, also newly arrived; as are Barry Allen's original Silver Age stories from The Flash #105-204. And from the "satellite era" of the JLA, you can check out stories from Justice League of America #84-100, featuring one of the greatest line-ups of the World's Greatest Super Heroes.

If that's not enough, there's more Bronze Age fun with the groovy '70s adventures of Supergirl, along with Superboy and the Legion of Super-Heroes. Plus, we've got '80s books like horror masterpiece Saga of the Swamp Thing, the classic Sword of the Atom limited series, and the toy tie-in series Super Powers. And that’s just the tip of the proverbial iceberg!

When you want to take a break from exploring this ocean of new titles, be sure not to miss the latest episode of Doom Patrol. You thought the team's trip to Danny the Street in last week's episode was out there? This week the crazy goes all the way to eleven -- when Crazy Jane takes the spotlight in "Jane Patrol." Jane retreats into "The Underground," a treacherous place deep within her own mindspace, where she encounters the many personas and dark traumas of her past. This latest Doom Patrol chapter lands on Friday, April 12th.

While you're waiting for "Jane Patrol", you can binge the entire first season of TV's Krypton. Starring Cameron Cuffe as Superman's grandfather Seyg-El, the show explores the roots of the House of El and the House of Zod. With season 2 of Krypton arriving this summer on the Syfy Channel, now is the perfect time to catch up on this fan-favorite series.

We're also coming to the end of our Meta Madhouse tournament. Today, voting begins on our four Semi-Finalist champions: The Flash, Darkseid, Nightwing, and Doctor Fate. It's also the perfect time to enter and win an ultra-cool Meta Madhouse t-shirt -- when our latest sweepstakes goes live on Friday, April 12th, and runs until Friday, April 19th.

Have questions about the Ultimate Digital Comics Library? Let us know in our Community!