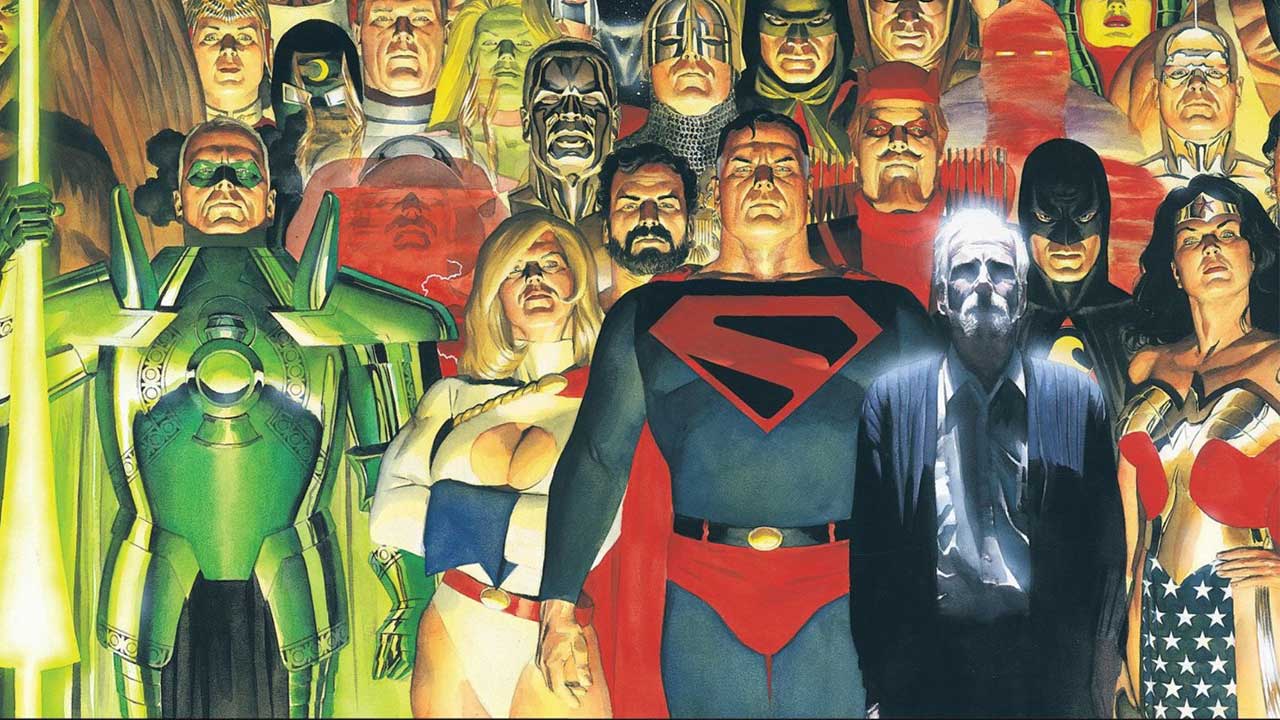 There's a plethora of amazing comics arriving this week on DC Universe, along with another sure-to-be-out-there episode of Doom Patrol. Plus, to celebrate the Easter holiday (and the new Shazam movie), we're giving you a chance to win Shazam's adorable bunny rabbit sidekick. Wait, what? Yeah, you read that right. Read on for all the details...

Last week, we added thousands ofl titles from DC Comics' glorious Golden, Silver, and Bronze Ages. And today, we're adding over 8500 comics that span 1985 to 2010. That's the entire post-Crisis on Infinite Earths, pre-New 52 Modern Age! Tons of which have become legendary in just the past several decades. Among them are Mark Waid and Alex Ross' epic Kingdom Come, which tells the tale of the twilight of the old heroes and the emergence of a dangerous new breed. We've also got one of the greatest Elseworlds sagas ever this week, Red Son. In this, Mark Millar's alternate take on the Superman legend, we learn what would have happened had baby Kal-El's ship landed in the Soviet Union instead of the good ol’ U.S. of A. And it's NOT what you'd expect.

Another modern classic of the Last Son of Krypton is Grant Morrison and Frank Quitely’s definitive take on the Man of Steel in All-Star Superman, the entire 12-issue run of which has also just arrived on DC Universe. Another All-Star in  our firmament is All-Star Batman and Robin, the Boy Wonder from two of the Dark Knight's most famous creators, writer Frank Miller and artist Jim Lee. This book is their take on the origin of Robin, and on the earliest adventures of the Dynamic Duo. For more Grant Morrison, we have one of the Scottish writer's mind-bending epics -- Seven Soldiers!

And speaking of Grant Morrison, one of the wilder parts of his comic-book run on the World's Strangest Super Heroes comes to life in this week's episode of Doom Patrol. In "Hair Patrol," Vic and Rita face a dangerous man called the Beard Hunter, who’s been activated by the Bureau of Normalcy to find the Chief, Niles Caulder. The Bureau failed to remove the weird and wonderful Danny the Street from existence, but will they get the Chief? Find out when this episode drops on Friday, April 19th.

When you're done watching Doom Patrol, and you've managed to watch the wonderful Shazam! again in theaters, we think the best way to celebrate the Big Red Cheese is to enter in Hoppy the Marvel's Bunny's Springtime Sweepstakes, starting this Friday, April 19th at 9:00am PST! Who is Hoppy, you ask? And what does he have to do with Shazam? He's a Bugs Bunny-esque rabbit who gets powers just like those of Shazam when he utters the famous magic word. If you win this sweepstakes, you get a plush version of Hoppy, and you receive a hardcover edition of Shazam! A Celebration of 75 Years.

Last but not least, don't forget to check out the ultimate champion of our very first Meta Madhouse. How did your favorite character fare?

With so much cool new stuff arriving on DC Universe, we want to hear your thoughts on all of it. So be sure to share them with us in our Community!