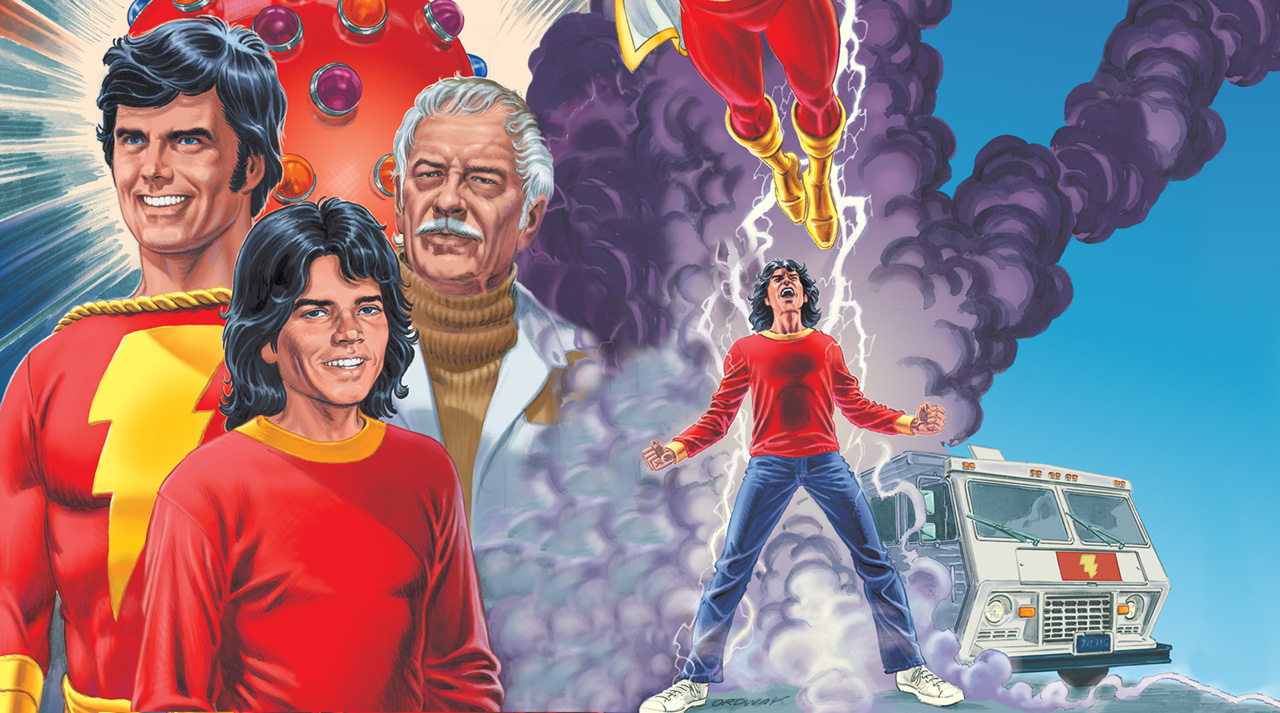 If you thought what DC Universe had to offer in its first six months was exciting, you ain't seen nothing yet... The premiere online destination for DC fans is proud to announce its slate of content for March 2019, with plenty of new TV shows, movies, and comic books for fans to enjoy -- including just what you need to get you ready for Batman's 80th anniversary and the April 5th release of the latest DC theatrical film, Shazam!

For starters, we've got new episodes of our latest original live-action show, the critically acclaimed Doom Patrol, arriving every Friday this month. That's four more hours of Robotman, Crazy Jane, and all your other favorite freakish heroes. Plus, on March 5th, we'll be presenting all three seasons of Shazam!, Filmation's 1974 live-action TV series starring the World's Mightiest Mortal, Captain Marvel (as he was then known). Moreover, you'll be able to watch Shazam! (pictured above) for the first time ever in HD!

To make your Batman anniversary celebration even more spectacular, we're adding some of the greatest Batman comics ever created. Get set for the complete "Knightfall" trilogy, with the epic "Knightfall", "Knightquest", and "Knightsend" storylines all arriving on March 5th, along with the Rebirth run of Detective Comics (issues #934-974). A week later, on March 12th, you can experience the classic Jim Lee-illustrated "Hush" and the bestselling "Bruce Wayne: Murderer?" March 19th will bring all issues of Batman & Robin: Eternal. And March 26th offers a fitting cap to the month with the beloved "Year One" and "Year Two" storylines and writer Neil Gaiman's two-parter "Whatever Happened to the Caped Crusader?"

Last but not least, don't forget to check out DC Universe's own daily news show DC Daily in March. The show will feature special guest panelist LaMonica Garrett (a.k.a. The Monitor in the CW's Arrowverse shows) and the return of the ever-popular John Barrowman. DC Daily will also have behind-the-scenes features on the Shazam! TV series and comics to get you ready for the upcoming feature film starring Zachary Levi.

What are you most excited about on DC Daily? Let us know in our Community!