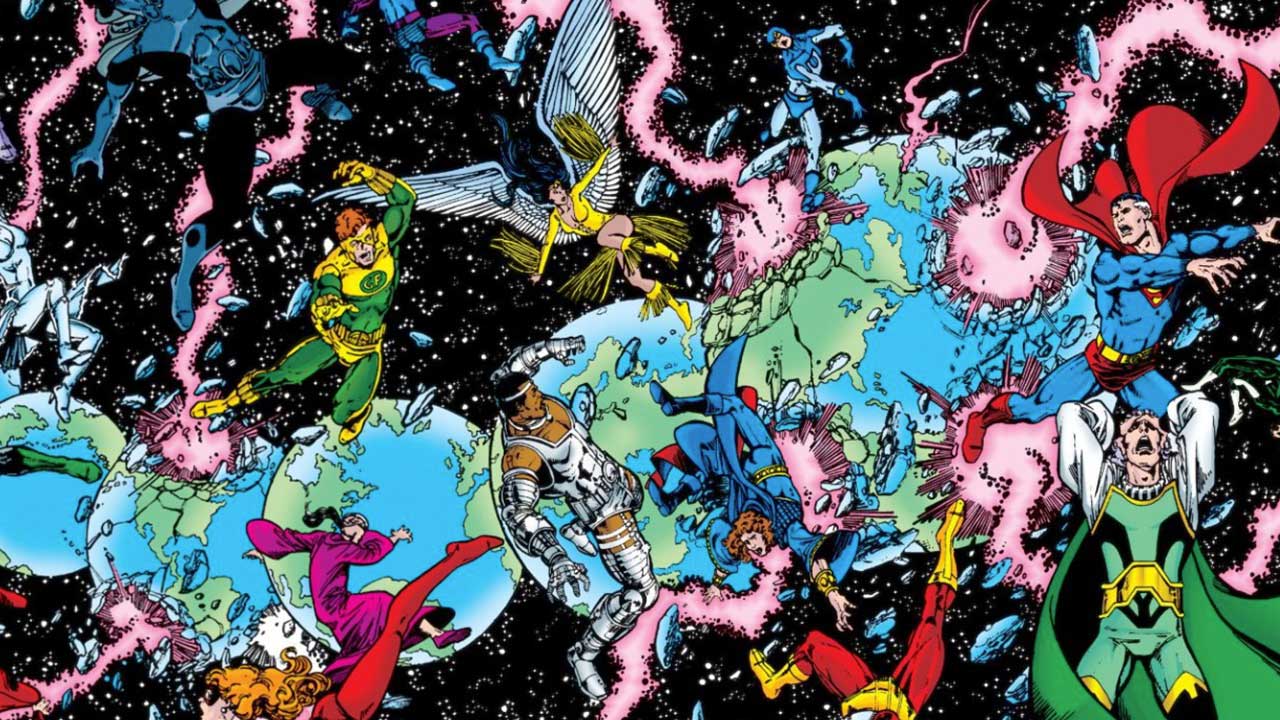 We're spanning not only the Multiverse this week on DC Universe, but also Hypertime, and even the Source Wall itself, with many classic event comic series arriving this week!

Ever since Crisis on Infinite Earths  shook the DC Universe to its core back in 1985, DC has been the home of epic and unforgettable crossover events that have rocked both heroes and villains alike. And many of those memorable tales are now here to read in their entirety. In addition to Crisis, you can read 1986's Legends, which saw Darkseid's attempt to turn mankind against its heroes, plus the first direct sequel to Crisis -- 1994's Zero Hour: Crisis In Time.

If you're looking for other classic stories of good versus evil, the 1988 Invasion! series saw Earth's greatest defenders battling a coalition of alien intruders; while 2008's Final Crisis  saw Darkseid return once more to impose his will on reality. 2004's Identity Crisis  was a quieter, more personal story, but one which had deep ramifications for the heroes of the Justice League. It was followed by 2005's epic Infinite Crisis. Then Brightest Day  brought back many dead heroes to the DCU, enacting permanent changes that are still felt today.

Now's a great time to get caught up on the strange and twisted adventures of the Doom Patrol, as a classic element from the Grant Morrison run comes to life in this week's episode, "Danny Patrol" -- which introduces the fan-favorite comic character Danny the Street. Danny is a sentient, gender-queer, teleporting thoroughfare hunted by the secret Bureau of Normalcy; and arrives at the mansion looking for help from Niles -- but gets Vic and Larry instead. This wild new chapter in the Doom Patrol saga lands on Friday, April 5th.

As always, don't forget to vote in this week's Meta Madhouse; this week it's time to make the magic happen as Shazam's Sorcerors face off. Which mystically-powered hero (or villain) do you think should reign supreme? The enigmatic Doctor Fate? The fearsome Trigon? The adorable Hoppy the Marvel Bunny? And speaking of Meta Madhouse, remember to sign up for our Meta Madhouse Championship Sweepstakes, and win an ultra-cool Meta Madhouse t-shirt! Sweepstakes goes live on April 12th, and ends on April 19th.