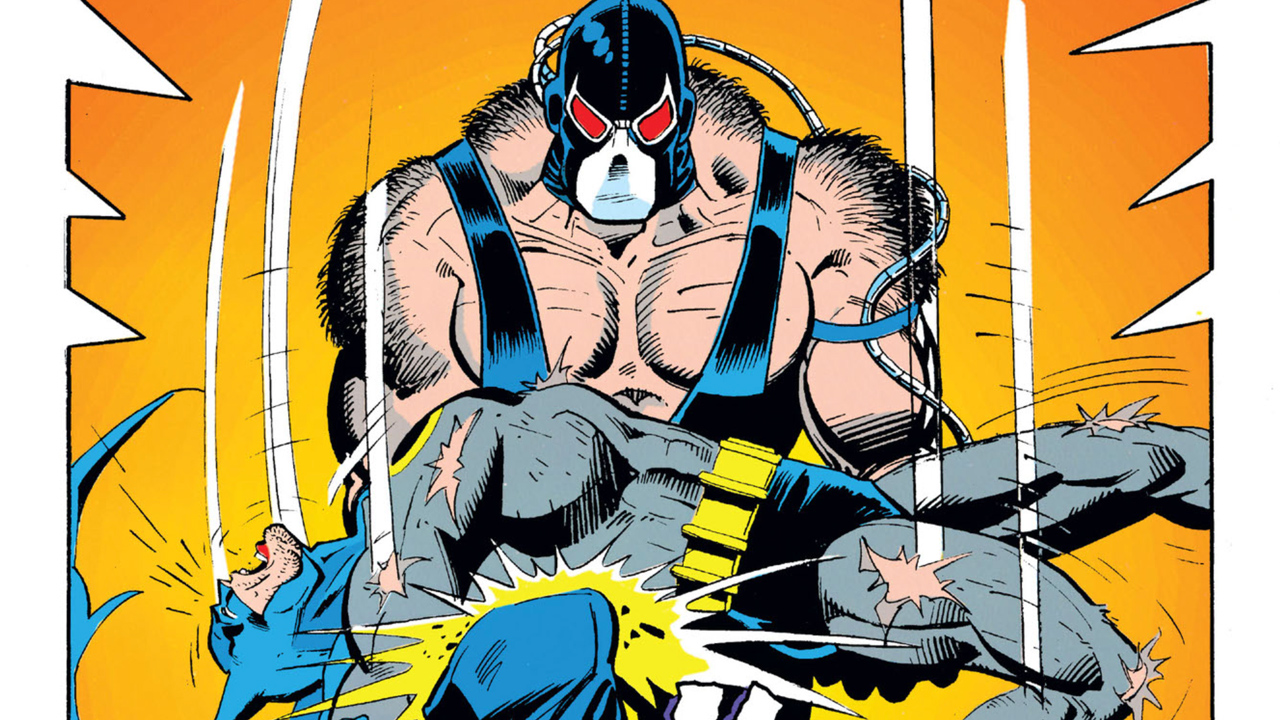 We're kicking off the Dark Knight's 80th anniversary month in a big way this week on DC Universe, with the addition of the complete "Knightfall" saga. Along with new TV shows, quizzes, polls, and sweepstakes...

Batfans can start their celebration today by binging "Knightfall", "Knightquest", and "KnightsEnd". These epics, originally published in 1993 and 1994, saw Batman first encounter the wicked Bane -- who infamously broke the Bat -- and replaced by the amoral Azrael before triumphantly reclaiming his mantle... Today we've also got the first six volumes of the Rebirth era's Detective Comics, in which Batman formed the "Gotham Knights" team with Red Robin, Batwoman, Spoiler, Orphan, and Clayface. We've also got the first volume of 2016's Rebirth Hellblazer, the complete Midnighter & Apollo series, and the first 13 issues of the very first ongoing Robin series from 1993.

To help get you pumped for the April 5th release of the next DC theatrical film Shazam!, DC Universe is proudly debuting the first-ever HD release of all three seasons of 1974's live-action Shazam! TV show.

Elsewhere on DC Universe... With our new Doom Patrol original series blowing everyone's minds each week, and Titans gearing up for its second season (which will introduce Conner Kent, a.k.a. Superboy) we want to know which DC Universe original series coming this year has got you the most pumped. You can now answer the question "Which Upcoming DC Original Series Are You Most Excited For?" Is it the teenage adventures of Stargirl, or the supernatural thrills of Swamp Thing? If animation is more your jam, are you more psyched for Harley Quinn, or the second half of Young Justice: Outsiders? Be sure to take part in our latest poll, and tell us what you're looking forward to the most in 2019!

Finally, don't forget to celebrate the legendary ladies of the DC multiverse this International Women's Day (Friday, March 8th), starting with the Celebrating the Women of DC Universe Sweepstakes. This sweepstakes is now live and runs until 9 AM PST on March 31st. It features prizes honoring the badass women of the Birds of Prey, the Furies, and the alternate universe World War II-era DC Bombshells!