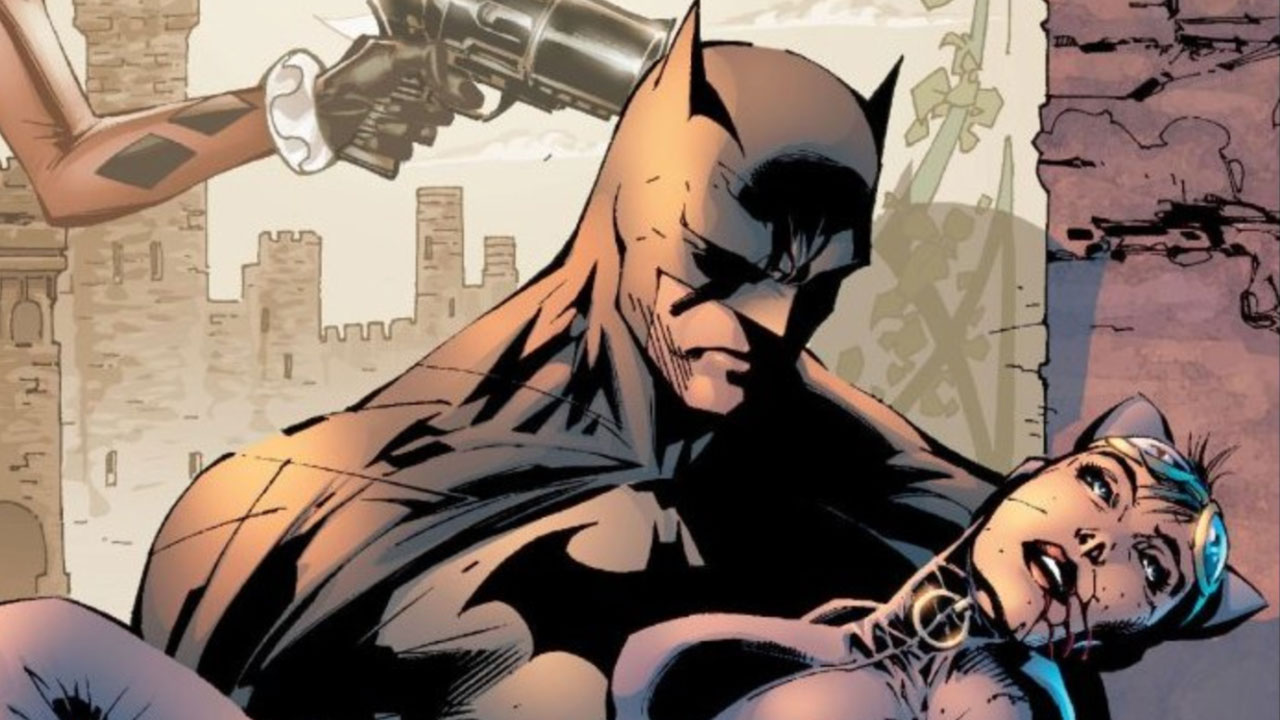 We're celebrating Dark Knights, Men of Steel, and Amazing Amazons this week on DC Universe, as we've got comics, polls and sweepstakes from Arkham Asylum to Paradise Island and back. Plus, the start of DC Universe's first-ever Meta Madhouse with Wonder Woman's Warriors!

Included in our newly arrived comics this week are some classic Batman stories, including the now legendary "Hush" storyline, which ran in 2002-2003's Batman #608-619. This epic storyline, written by Jeph Loeb and drawn by Jim Lee, featured almost the entire classic Batman villains line-up, and introduced a new villain named Hush, who would become an iconic member of Batman's rogues gallery. Aside from the classic Bat baddies, most of Batman's partners show up as well, including the first hints of the eventual return of Jason Todd...

And Batman's relationship with fellow DC icons Superman and Wonder Woman is explored in the first eleven issues of the DC Rebirth series Trinity, which brings the three greatest heroes in the DC Universe together for an all-new adventure.

Of course it's never the wrong time to celebrate DC's first Super Hero, the Man of Steel, who started it all. So for Rao's sake, be sure to enter our Superman Sweepstakes, which goes live on Friday, March 15th, for a chance to win some of the very best books about the Last Son of Krypton ever written, including Absolute All-Star Superman, hardcover editions of Superman For All Seasons, Superman: Secret Origin, and the hardcover edition of Action Comics #1000. This sweepstakes ends March 29th.

And don't forget, the recently announced month-long competition of super brawls between DC's most iconic characters, which we like to call Meta Madhouse, begins this week! The voting for the first one-on-one match-ups -- for Princess Diana's team, a.k.a. Wonder Woman's Warriors -- begins Tuesday, and we want to hear from you on who makes the cut!

Be sure to share your thoughts on all these new goodies in our Community!