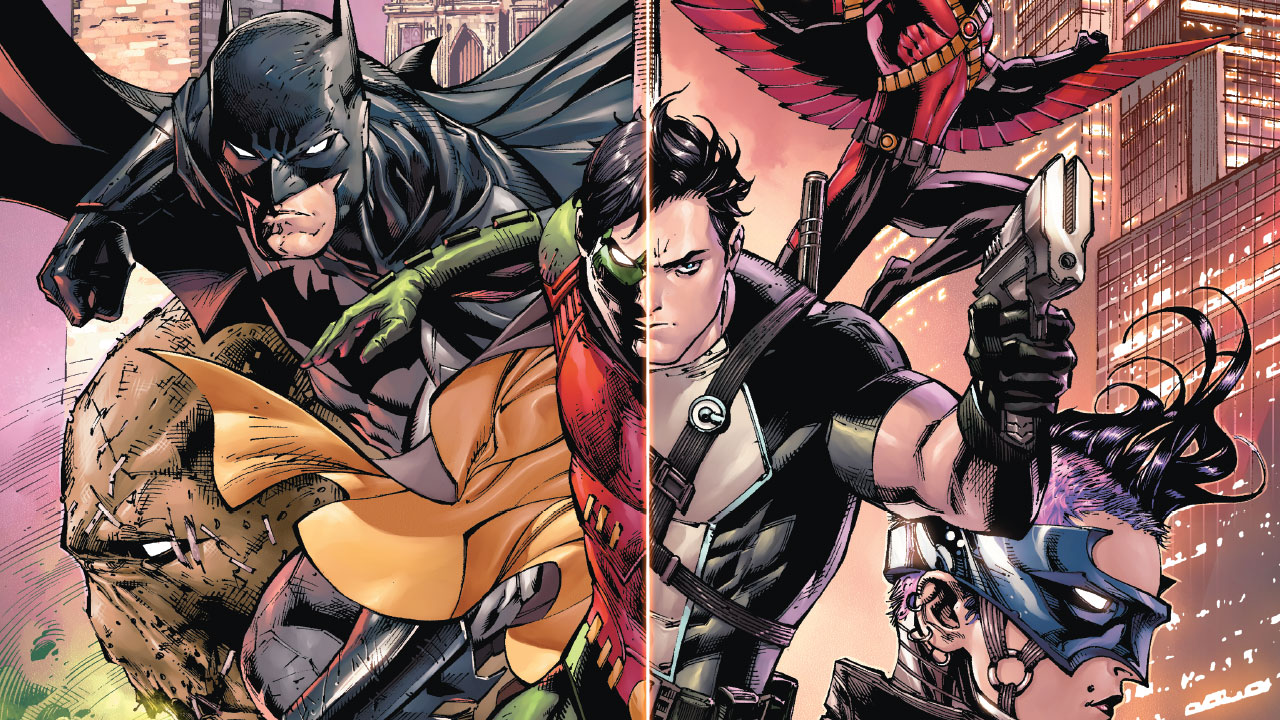 The original series Doom Patrol continues to be one of the strangest and most original Super Hero-related live-action series anywhere, living up to its comic book inspiration on a weekly basis! Make sure you don't miss this week's episode's "Doom Patrol Patrol", which features Jane, Larry and Rita visiting a school where the original Doom Patrol has retired. Meanwhile, our metal men Cliff and Vic bond over their mutual "father issues." This latest episode drops on Friday, March 22nd!

For your reading pleasure, we've added some great comics this wee, including a celebration of the first era DC Comics, with JSA: The Golden Age, from writer James Robinson and artist Paul Smith. This acclaimed limited explores the moral complexities of being a "Mystery Man" (and woman!) during the height of the Second World War and its aftermath. Featuring the heroes of the Justice Society of America, this story is one of the great unsung gems of the '90s.

As we begin celebrating the Dark Knight's 80th birthday, we've added a terrific pair of Batman titles this week that all Gotham City diehards will want to check out. First off, we've got the epic weekly series Batman & Robin Eternal, which cuts between the past and the present, as it explores Dick Grayson's first encounter with the Scarecrow when he was Batman's first Robin -- as well as the adult Grayson contending with a similar case. In addition, we've got the meeting of two dark avengers of the night in limiteds series Batman/The Shadow.

Speaking of Batman's big anniversary, you might be in a mood to catch up on some of the great Batman classics you might have missed. So be sure to enter our Batman 80th Anniversary Sweepstakes, which goes live on March 22nd. Enter for a chance to win some of the Caped Crusader's greatest hits, including Absolute Batman Year One, hardcover deluxe editions of The Dark Knight Saga and 80 Years of Batman, the Jeph Loeb and Tim Sale Batman Omnibus, and the Court of Owls Book and Mask Set, celebrating Scott Snyder and Greg Capullo's modern classic. This sweepstakes ends on April 5th!

And last but not least, DC Universe's Meta Madhouse continues this week, this time focusing on the Man of Tomorrow's team -- Superman's Aliens. Which one of these extraterrestrials will make the cut? Be sure to vote by Sunday, March 24th, and let us know which non-human hero (or villain) is your choice for Kal-El's champion.